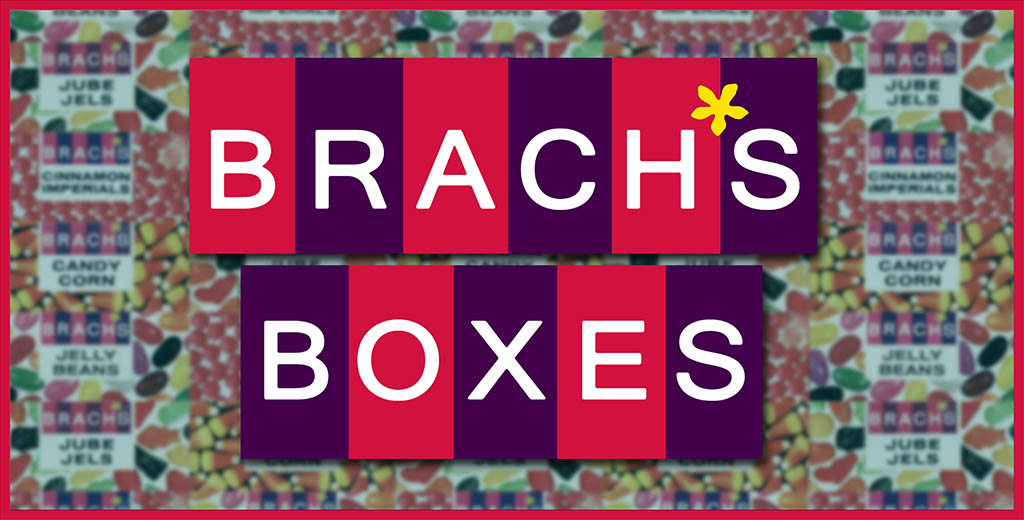 Recently I posted about my success in locating a pair of 1960’s Breaker Confections boxes I’d long been searching for.  At the same time I found those I also acquired two 1960’s Brach’s candy boxes, adding to the two I’d already had in my collection.  So with four different 1960’s Brach’s boxes in hand, it seemed like a great time to share.

Growing up in the 1970’s Brach’s always meant bulk candy to me or at the very least bagged candies found in the grocery store.  But during my confectionery investigations I’ve learned that back in the 1960’s and into the early 70’s Brach’s competed with folks like Mason (maker of DOTS) and Heide (of Jujyfruits fame) with small boxed offerings of their own.

Before I found the others, the only boxed Brach’s item I personally remembered was a fun-size Brach’s Candy Corn box that I received on at least one of my Halloween outings and that I recalled fondly.   Here is an example of that mini box: 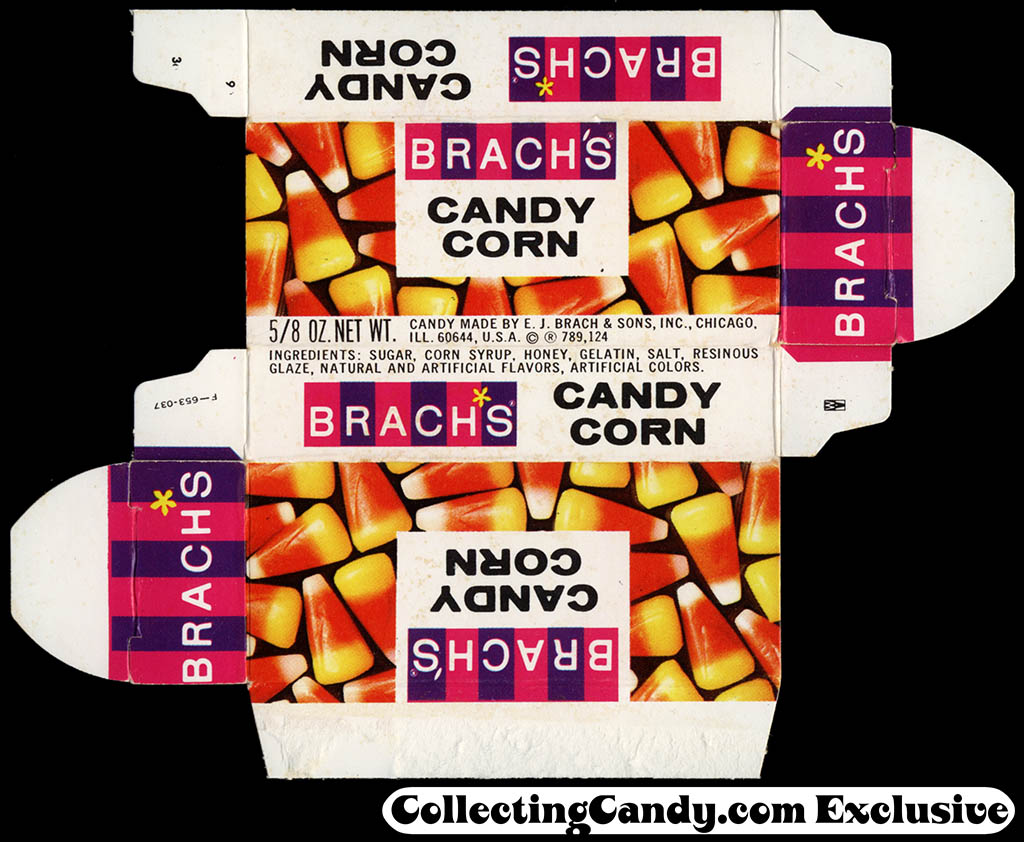 I would eventually learn that candy corn offering was also sold in a larger sized box as you can see here: 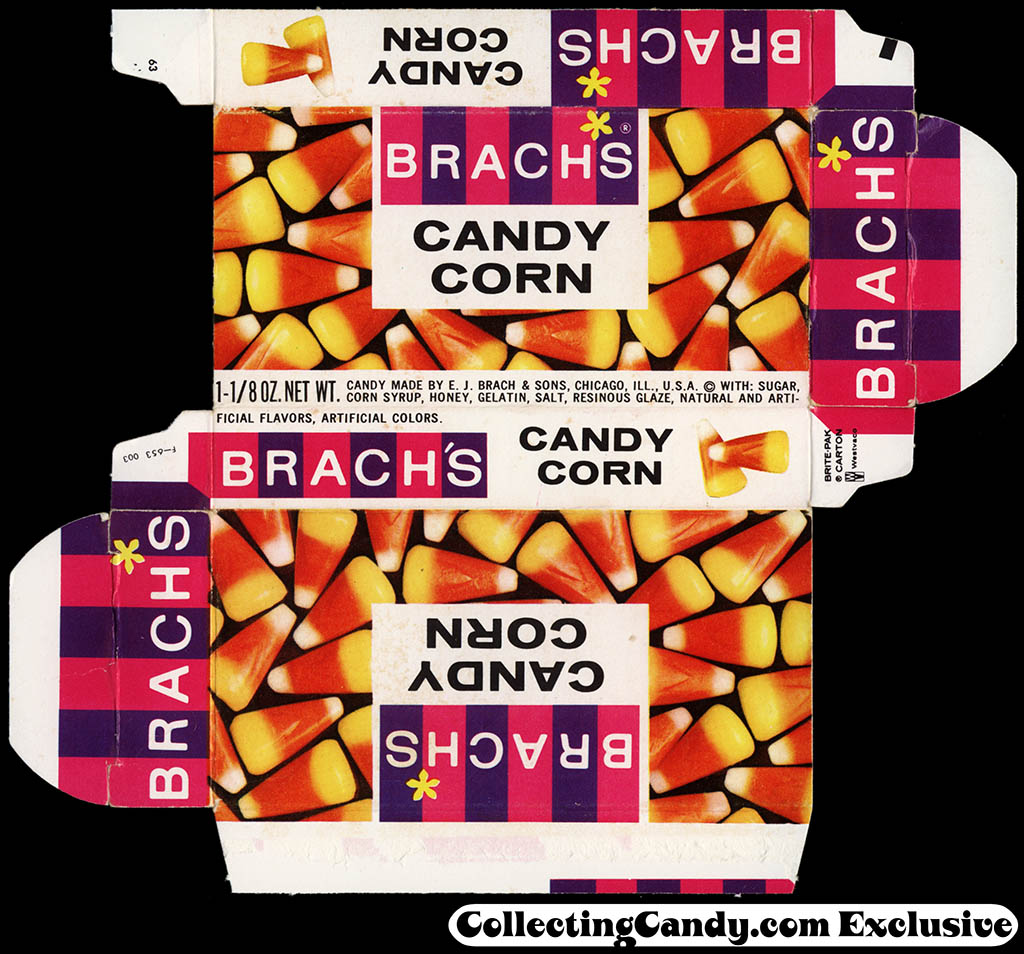 Joining that Candy Corn box I have three other similarly-sized Brach’s boxed offerings from the 1960’s.  There may well have been others besides these, but in the years I’ve been searching, these are the only ones I’ve ever found.  I hope you dig ’em: 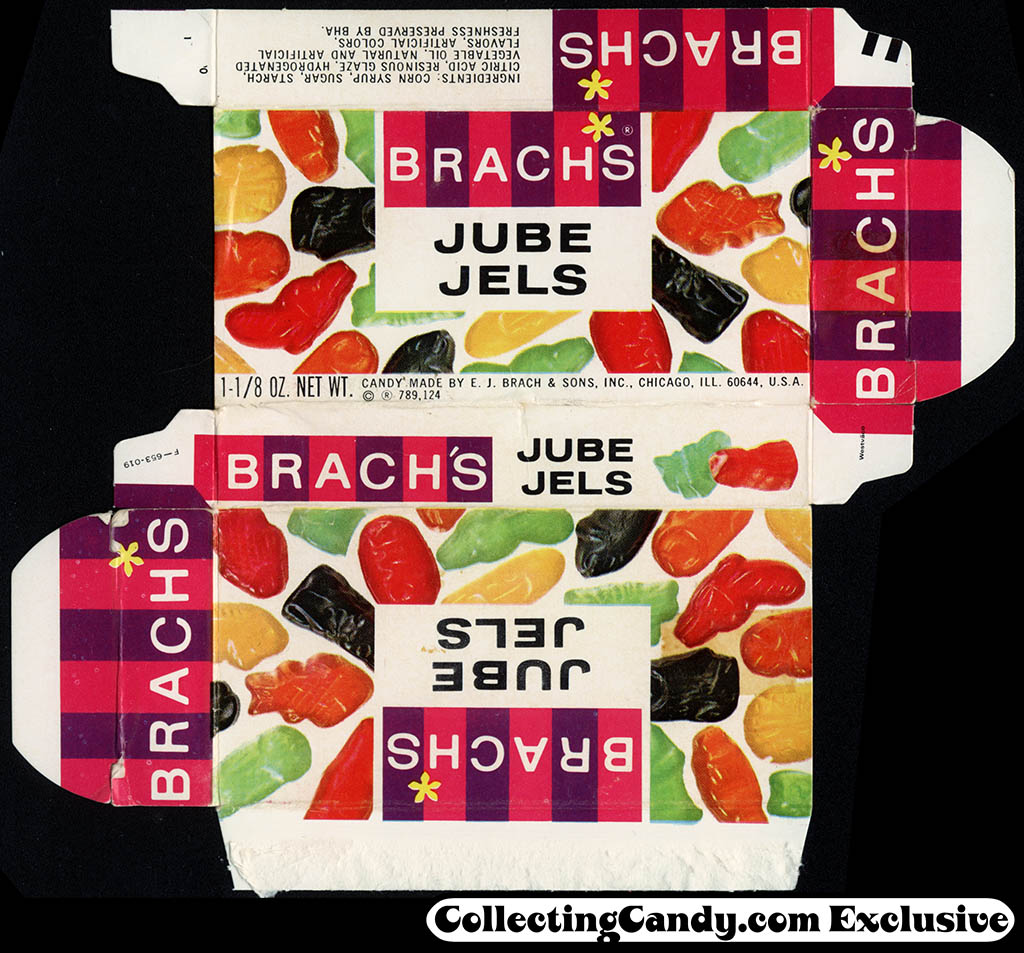 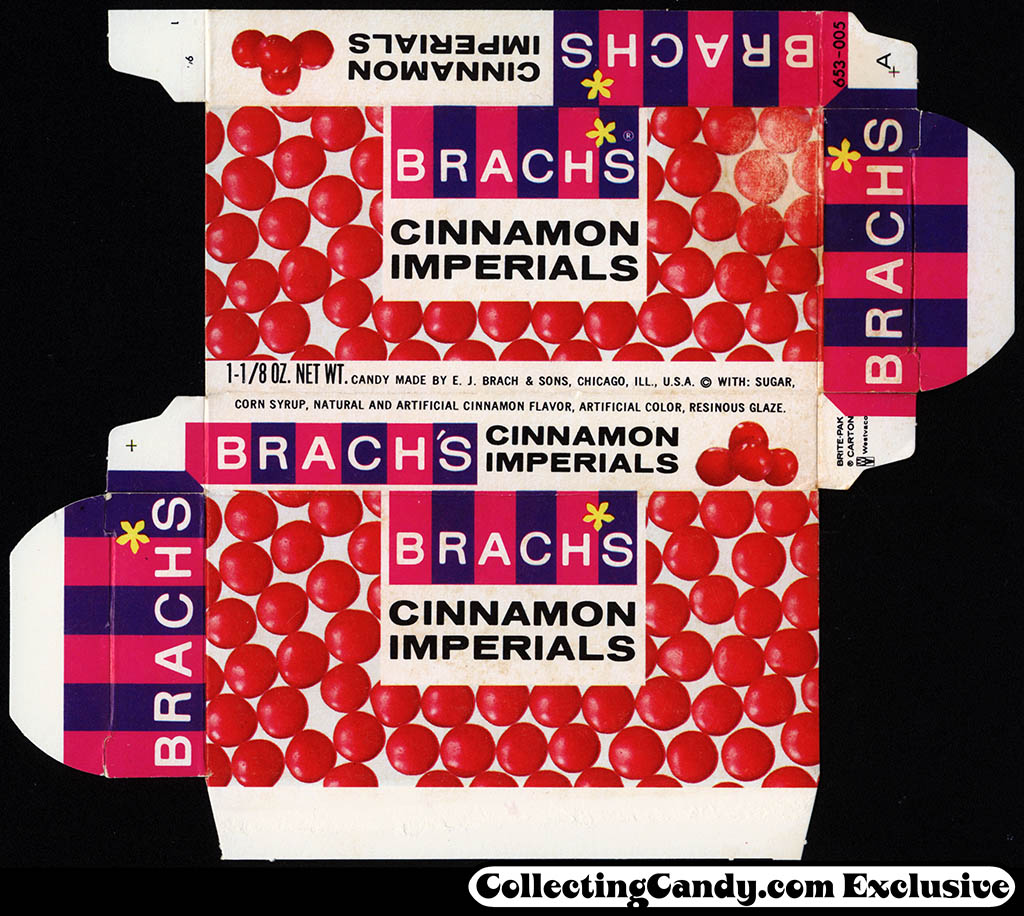 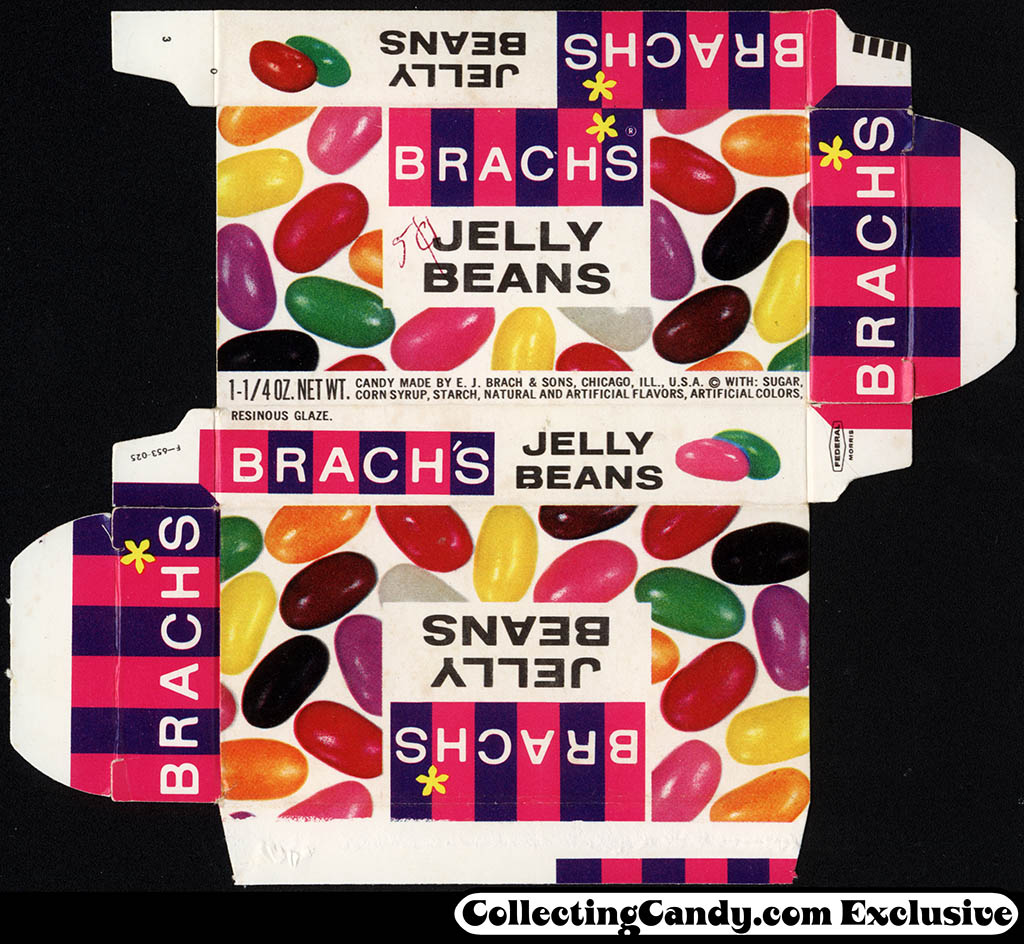 That’s all of ’em.   I think they’re quite striking in their colors and simplicity when all brought together.  If anyone is old enough and has memories of these or any other flavors/variety I haven’t shown, I’d love to hear about it.

For now, that’s everything I’ve got on Brach’s wonderful 1960’s candy boxes.   See you next time!

A New York City based writer, editor and sometimes actor. After spending much of the 1990′s in the comic book business helping tell the stories of Marvel Comics’ X-Men as series editor, he has since split his time between developing his own entertainment properties while still consulting and working on others. Having been described as “the Indiana Jones of lost and forgotten candy”, Jason is one of the country’s premier candy collectors and historians with his discoveries appearing in countless blogs, magazines, newspaper articles, and books. Always happy to share his knowledge and unique perspectives on this colorful part of our popular culture, Jason has consulted with New York’s Museum of Food and Drink and has also been a featured guest on Food Network’s Heavyweights, France’s M6 Capital, and New York’s TheActionRoom.com. My Google Profile+
View all posts by Jason Liebig →
This entry was posted in 1960's, 1970's, Boxed and tagged 1960's candy, 60's candy, Brach's, Brocks, candy collecting, candy collection, candy collector, candy wrapper collection, candy wrapper collector, collectible, collecting candy, confectionery, confections, packaging, sweets, vintage candy wrapper, wrapper. Bookmark the permalink.