The Return of Dr. Pepper Bubble Gum and More!

This year Wrigley introduced two new soda pop-flavored Hubba Bubba flavors with one of them, Hubba Bubba Dr Pepper, serving as a bubblegum-soda-flavor-comeback of sorts.

As I’ve covered in previous posts, in the 1980’s Amurol served as the novelty gum division of the Wrigley company.  So while Wrigley was producing the original run of Hubba Bubba, Amurol was putting out products like the classic Big League Chew and Bubble Tape.  During this time Amurol released a line of liquid-filled soda pop flavored bubble gum.  They introduced a number of surprising flavors that you might find odd.   Here are the ones I’ve got in my collection, lined up next to the new Hubba Bubba Dr Pepper: 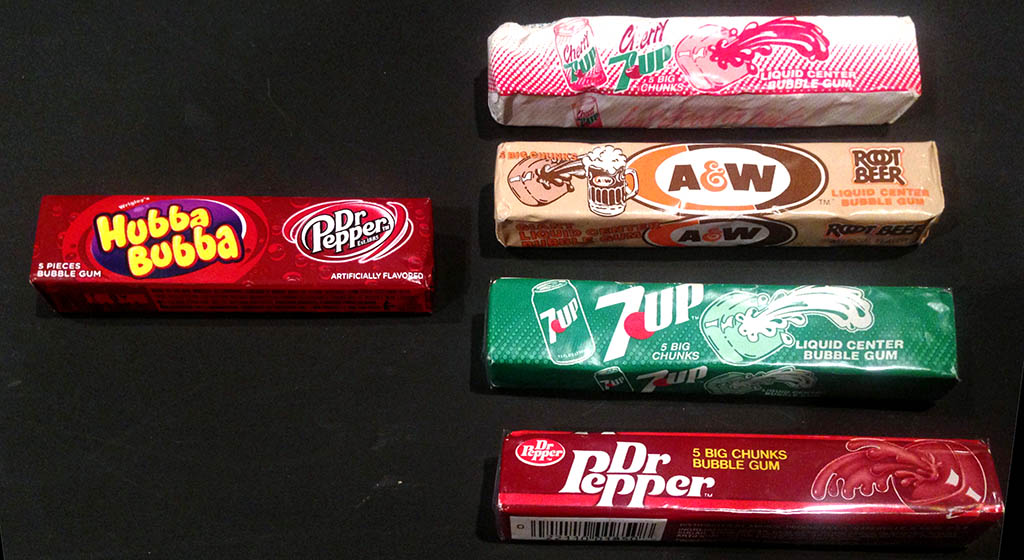 Regular visitors may remember that I covered the A&W Root Beer gum in an earlier column but the others are new to CollectingCandy.  Though I have four of those 1980’s flavors in my collection, there were actually five different Amurol soda gum flavors.  I don’t have an example of the fifth in my collection, RC Cola, so for an image of that one I called upon my pal Gregg Keonig.  Here’s his pack:

Even though Amurol seemed to have a lock on official soda brands for bubble gum in the 1980’s, other companies still took part in the genre.  Even Amurol’s parent company Wrigley released a generic cola flavored Hubba Bubba back then:

Cola never caught on as a bubble gum flavor here, but Wrigley UK and Wrigley Australia still offer it as part of their standard Hubba Bubba lineups. 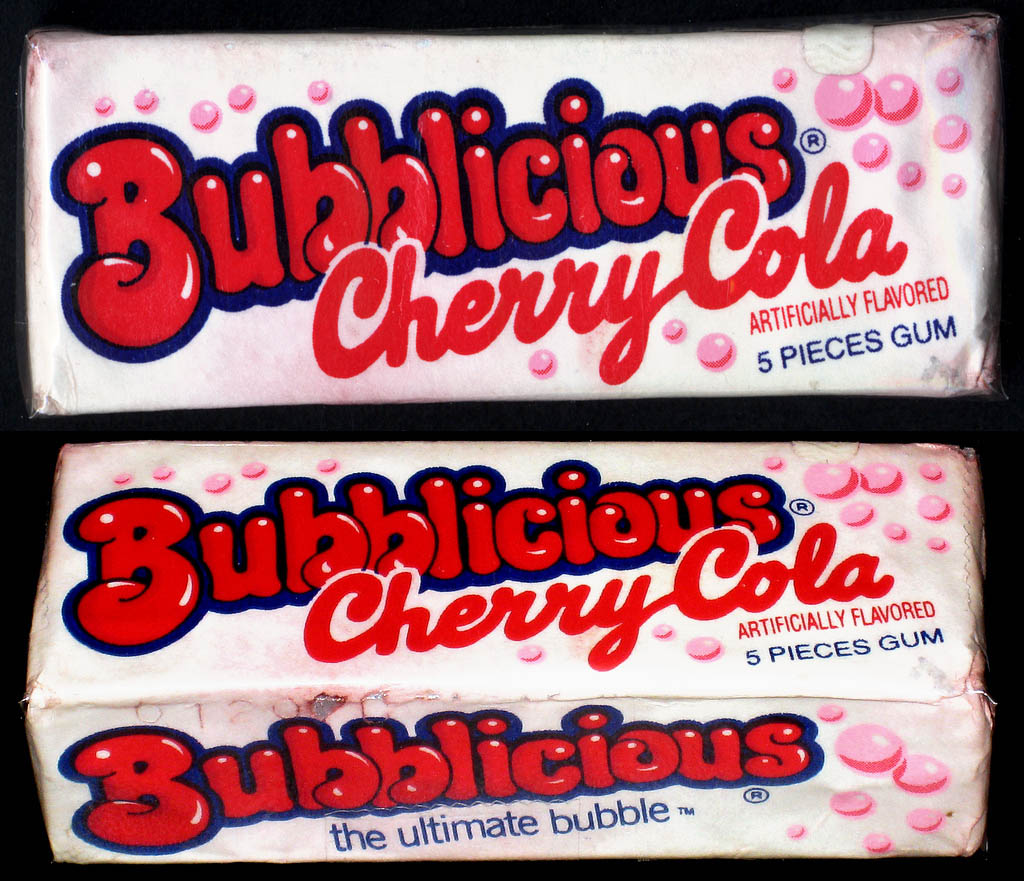 As you can see, the idea of bringing refreshment flavors to bubble gum is a concept that has been returned to from time-to-time, with varying degrees of success and longevity.

I’ve not yet been able to find any in stores, but I wanted to share an image of the other new soda-flavored Hubba Bubba, Orange Crush.  Hopefully I’ll spot this one soon: 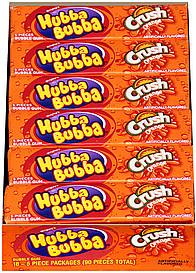 I hope that these new Hubba Bubba soda flavors lead to additional soda-flavored bubble gum offerings in the near future.  I’d love to see a Mountain Dew flavored bubble gum – it might be weird, but I’d want to try it anyway.  It would be especially-cool to see something like that with throwback Mountain Dew logo packaging.   It’s a long-shot, but I’m crossing my fingers!

I have one more piece to share today.  This one isn’t exactly soda-flavored, but I wanted to include it because it is related, and it’s pretty fun.  Here’s my vintage pack of Hawaiian Punch flavored Bubble Yum, from 1989:

And that’s everything for today’s post.  I hope everyone is having a great holiday season and is ready to ring in 2013 this coming Monday night.

A New York City based writer, editor and sometimes actor. After spending much of the 1990′s in the comic book business helping tell the stories of Marvel Comics’ X-Men as series editor, he has since split his time between developing his own entertainment properties while still consulting and working on others. Having been described as “the Indiana Jones of lost and forgotten candy”, Jason is one of the country’s premier candy collectors and historians with his discoveries appearing in countless blogs, magazines, newspaper articles, and books. Always happy to share his knowledge and unique perspectives on this colorful part of our popular culture, Jason has consulted with New York’s Museum of Food and Drink and has also been a featured guest on Food Network’s Heavyweights, France’s M6 Capital, and New York’s TheActionRoom.com. My Google Profile+
View all posts by Jason Liebig →
This entry was posted in 1980's, 1990's, Bubble Gum and tagged 1980's, 80's, 80's bubblegum, 80's gum, Amurol, bubble gum, bubblegum, candy collecting, candy collection, candy collector, candy wrapper collection, candy wrapper collector, collectible, collecting candy, confectionery, confections, Freshen Up, Hawaiian Punch, mascots, packaging, pop, soda, soda pop, sweets, vintage candy wrapper, wrapper, Wrigley. Bookmark the permalink.

5 Responses to The Return of Dr. Pepper Bubble Gum and More!