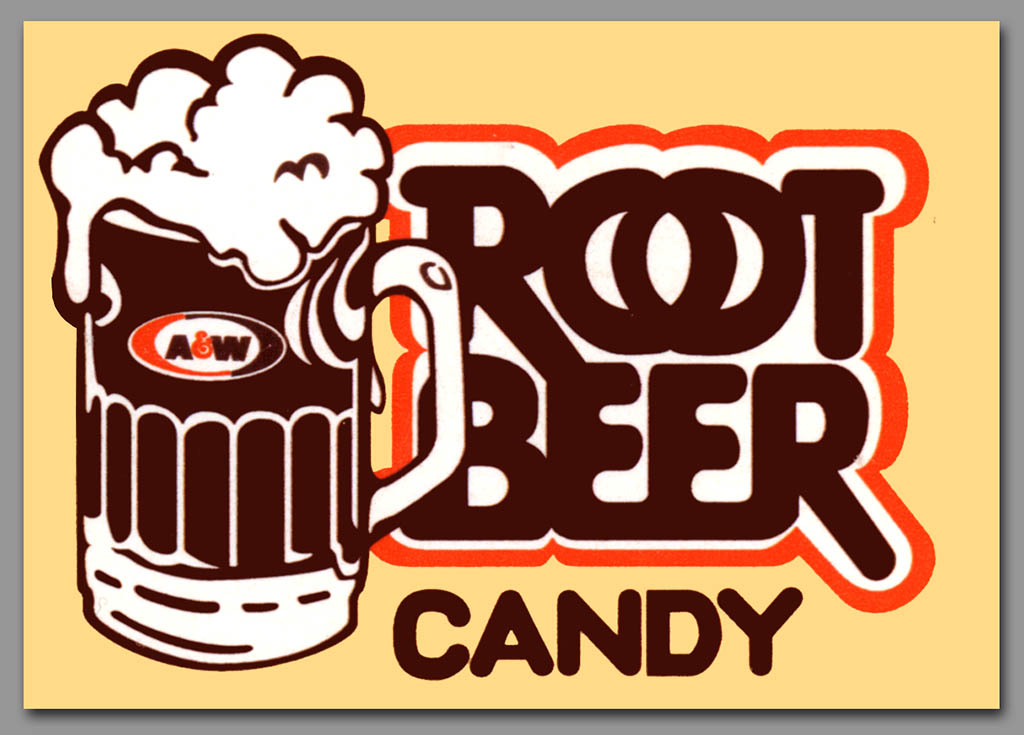 I grew up with an A&W Drive-In in my hometown and it was a place I fondly remember.   That drive-in was closed down by the time I entered junior high school, but I never forgot it. 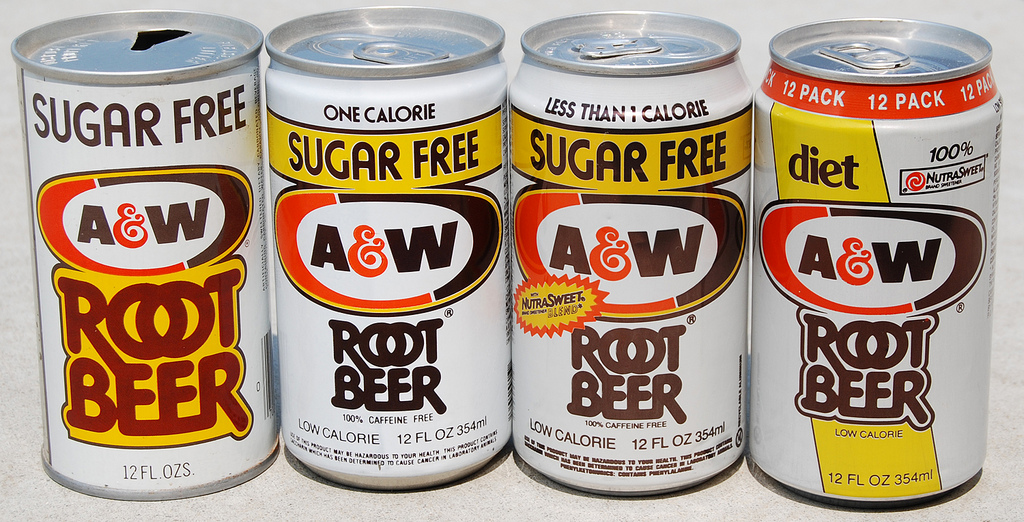 Ironically, not long after my old hometown A&W was shuttered the A&W brand seemed to be at an all-time high, with the branded soda pop advertised all over the place.  And there were a couple of A&W-branded confectionery treats that were sold around that time too.

One that I have some recollections of was 1983’s A&W “liquid center” bubble gum.  In the wake of the novel success of Freshen-Up, other companies were trying to find a way to grab some of that liquid-center gum market share.  Amurol took a shot by licensing popular soda pop brands.  Here’s my wrapper for A&W gum: 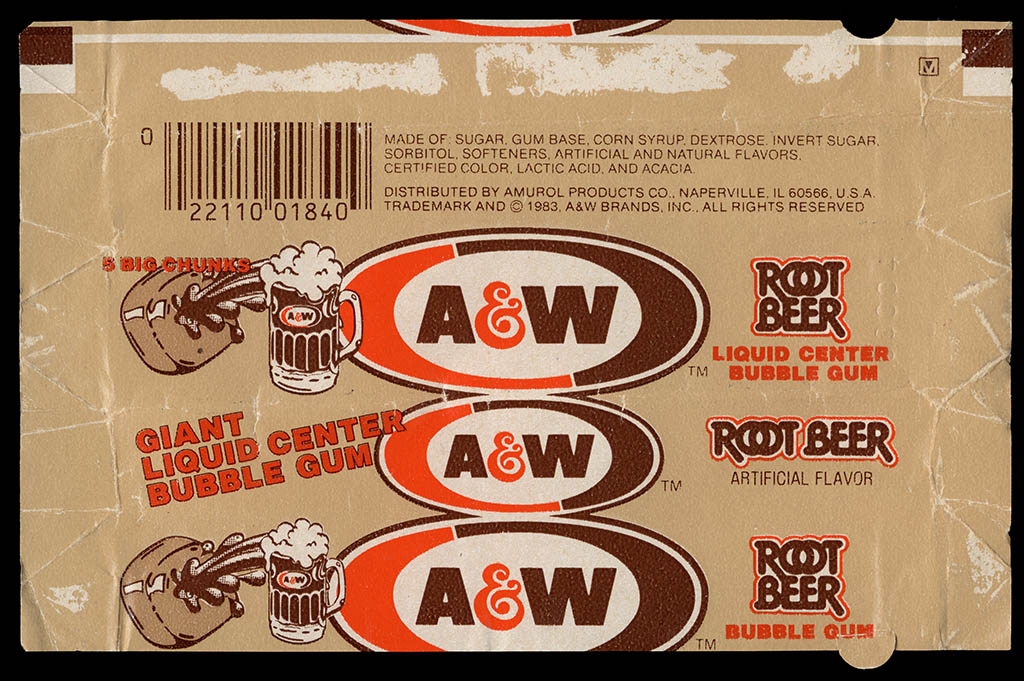 From right around this same time, Ferrara Pan released an A&W Root Beer flavored hard candy.  It came in a great box.  Here’s an example I acquired earlier this year as part of the L.M. Kallok Collection: 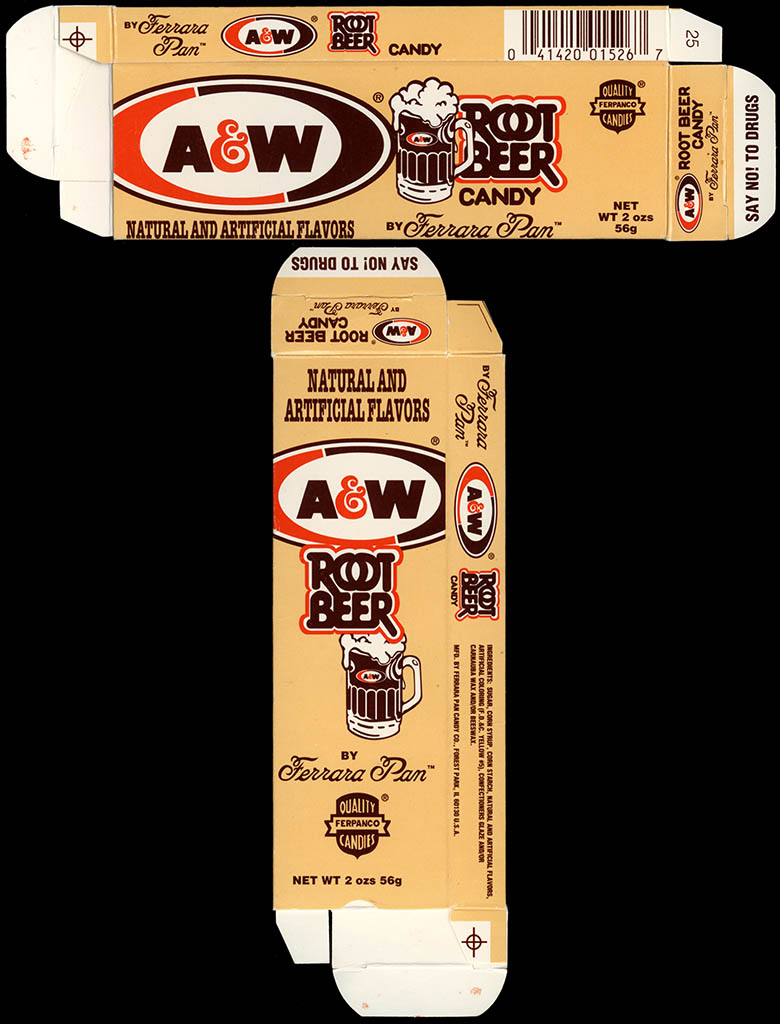 It’s great that the A&W brand survived tougher times and exists to this day as both a consumer packaged soda and brand-flavor, as well as a nationwide chain of restaurants.

Though I don’t have anything in my collection directly from that childhood A&W, I do have a great vintage A&W call-in menu from the early 1970’s.  This one comes from a California A&W location and I think it’s a fun way to close out today’s A&W coverage: 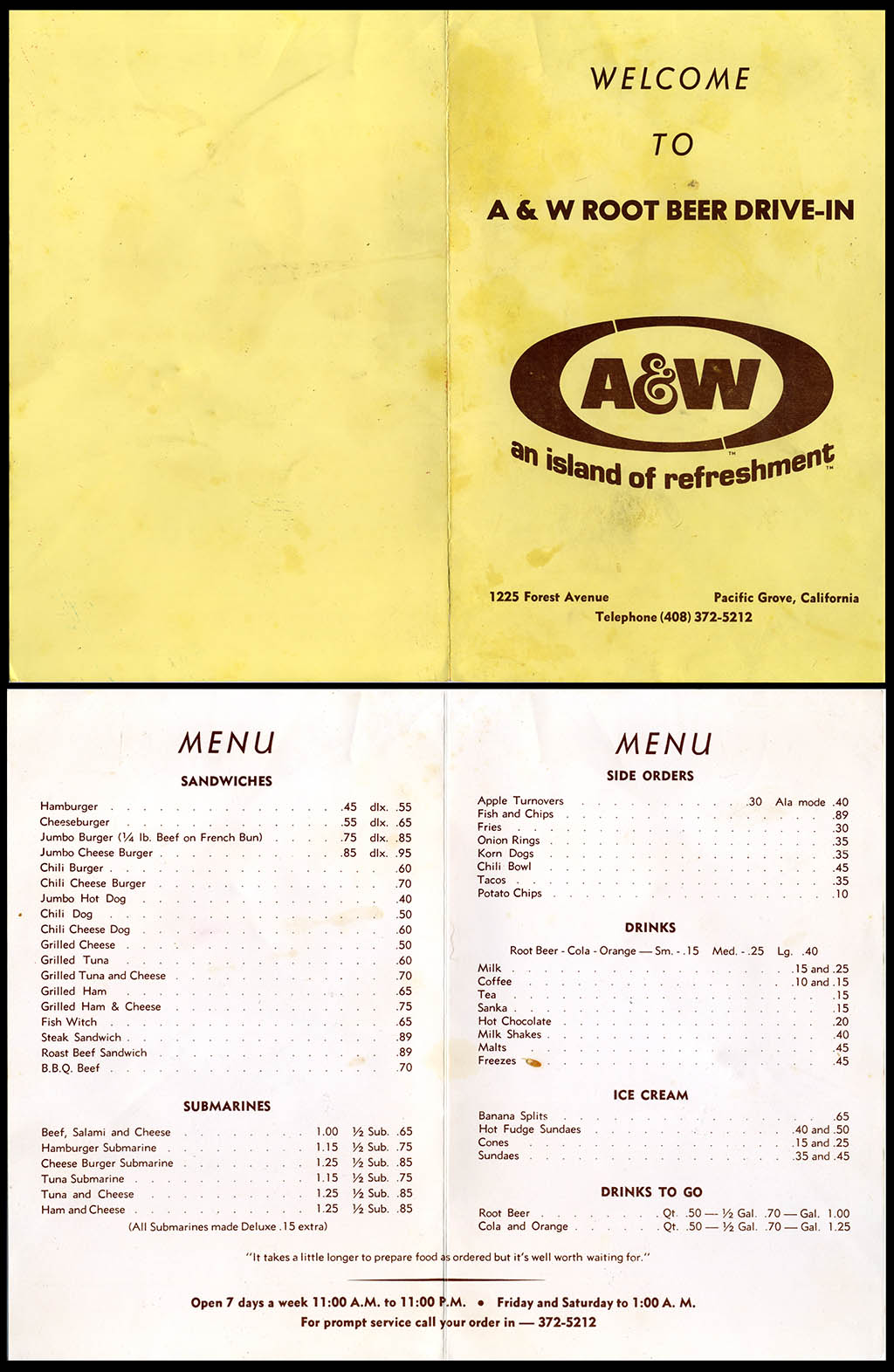 Check out those prices!

And that’s everything for today’s post on A&W candy.  I hope you enjoyed it.

A New York City based writer, editor and sometimes actor. After spending much of the 1990′s in the comic book business helping tell the stories of Marvel Comics’ X-Men as series editor, he has since split his time between developing his own entertainment properties while still consulting and working on others. Having been described as “the Indiana Jones of lost and forgotten candy”, Jason is one of the country’s premier candy collectors and historians with his discoveries appearing in countless blogs, magazines, newspaper articles, and books. Always happy to share his knowledge and unique perspectives on this colorful part of our popular culture, Jason has consulted with New York’s Museum of Food and Drink and has also been a featured guest on Food Network’s Heavyweights, France’s M6 Capital, and New York’s TheActionRoom.com. My Google Profile+
View all posts by Jason Liebig →
This entry was posted in 1970's, 1980's, Bubble Gum, Gum, Hard Candy and tagged A&W candy, candy collecting, candy collection, candy collector, candy wrapper collection, candy wrapper collector, collectible, collecting candy, confectionery, confections, fast food, packaging, restaraunt candy, root beer candy, sweets, vintage candy wrapper, wrapper. Bookmark the permalink.