I only recently posted my extensive review of Whoppers history, so bringing up the brand again so soon might be a bit premature.   But this new addition to the collection deserves mention – a 1982 Ralston Waffelos box that features “Free Whoppers Inside”.

You heard right; you got Whoppers in your Waffelos!  Yee-haw, pardners! 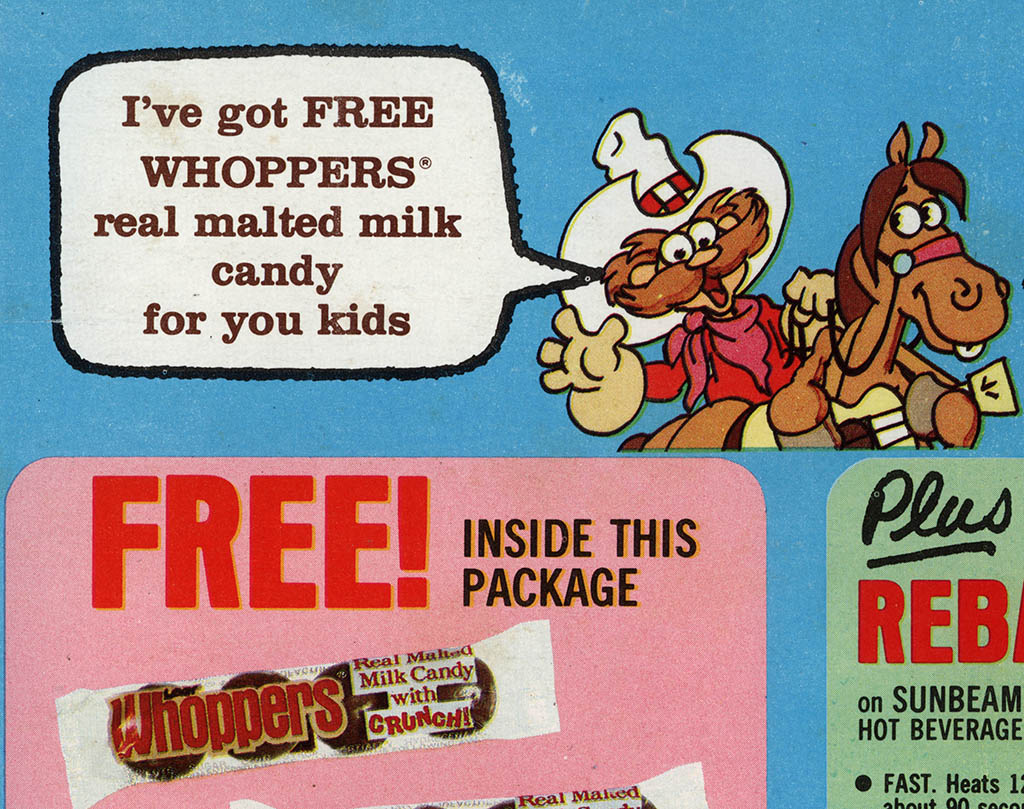 As I pointed out back in February, there’s a rich history of confectionery tie-ins with kids cereals.   Though I’ve uncovered many through my research, I’m sure there are many more waiting to be discovered.   This Waffelos box with the Whoppers tie-in was certainly a surprise to me, and one I’d never heard of before.  Just last week and out-of-the-blue, a fellow collector and pal offered this one up, and I was able to get it.

Originally on shelves back in 1982, I can’t help but ask the question I always do when I find these cereal/candy combinations:  How many kids, looking for an extra-sweet bit of breakfast goodness, just crumbled those free Whoppers right onto their bowl of Waffelos cereal?

Here’s a look at the entirety of the box: 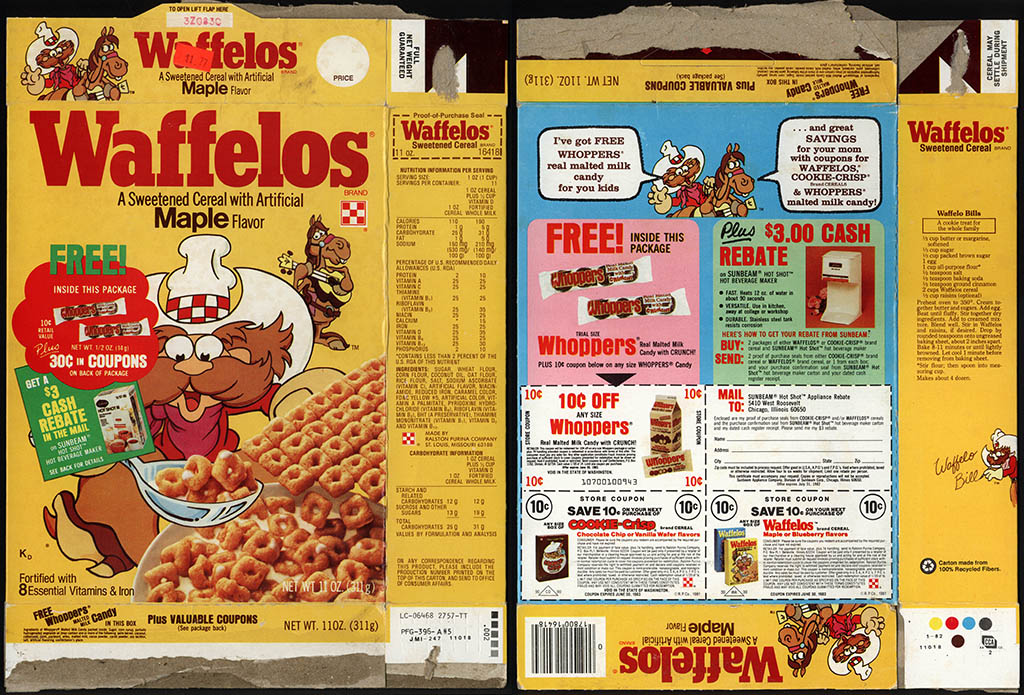 Sure, there’s some stuff on there about a rebate for a hot beverage maker as well as coupons for Ralston’s Cookie Crisp and Waffelos themselves, but the main event is the Whoppers tie-in.  Not only did you get a “free inside” sampling of Whoppers but also a cut-out coupon for 10-cents off of a large carton or bag: 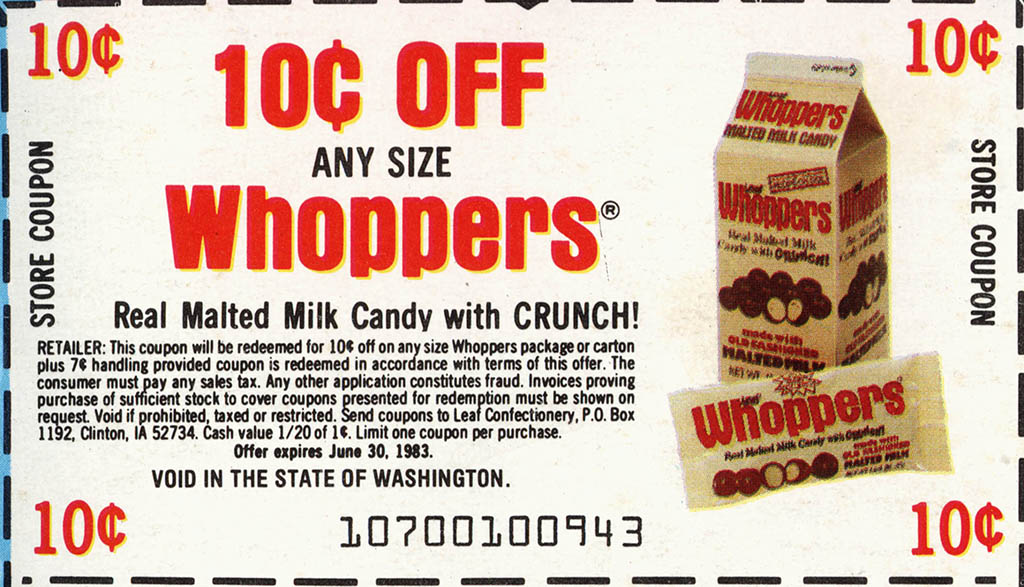 And there you have it; a pretty neat addition to my confectionery collection.  I’m glad I was able to snag it, and that I could share it with you today.  See you next time!

A New York City based writer, editor and sometimes actor. After spending much of the 1990′s in the comic book business helping tell the stories of Marvel Comics’ X-Men as series editor, he has since split his time between developing his own entertainment properties while still consulting and working on others. Having been described as “the Indiana Jones of lost and forgotten candy”, Jason is one of the country’s premier candy collectors and historians with his discoveries appearing in countless blogs, magazines, newspaper articles, and books. Always happy to share his knowledge and unique perspectives on this colorful part of our popular culture, Jason has consulted with New York’s Museum of Food and Drink and has also been a featured guest on Food Network’s Heavyweights, France’s M6 Capital, and New York’s TheActionRoom.com. My Google Profile+
View all posts by Jason Liebig →
This entry was posted in 1980's, Hershey and tagged candy cereal, candy collecting, candy collection, candy collector, candy wrapper collection, candy wrapper collector, cereal, cereal premiums, collectible, collecting candy, confectionery, confections, free inside, packaging, ralston, sweets, vintage candy wrapper, wrapper. Bookmark the permalink.

2 Responses to Whoppers and Waffelos! Yum!