Over the past couple years I’ve touched upon my growing fascination with private label or “store branded” candy offerings, first with Walgreens’ Nice line and later on with 7-Eleven’s own “Select” confectionery products.

Store brand packaging is the kind of thing I used to overlook but now I always try to pick up examples of private labels if I’ve not encountered them before.  Whether that means my confectionery appreciation has deepened far more than I’d ever have imagined or I’ve just become that big of a candy geek, I can’t say, but I can tell you that I’m excited to share the private label offerings from the IGA Grocery chain I discovered earlier this summer!

IGA Stores, or the “Independent Grocers’ Alliance”, were founded in 1926 and they’ve grown to include locations in 30 countries. 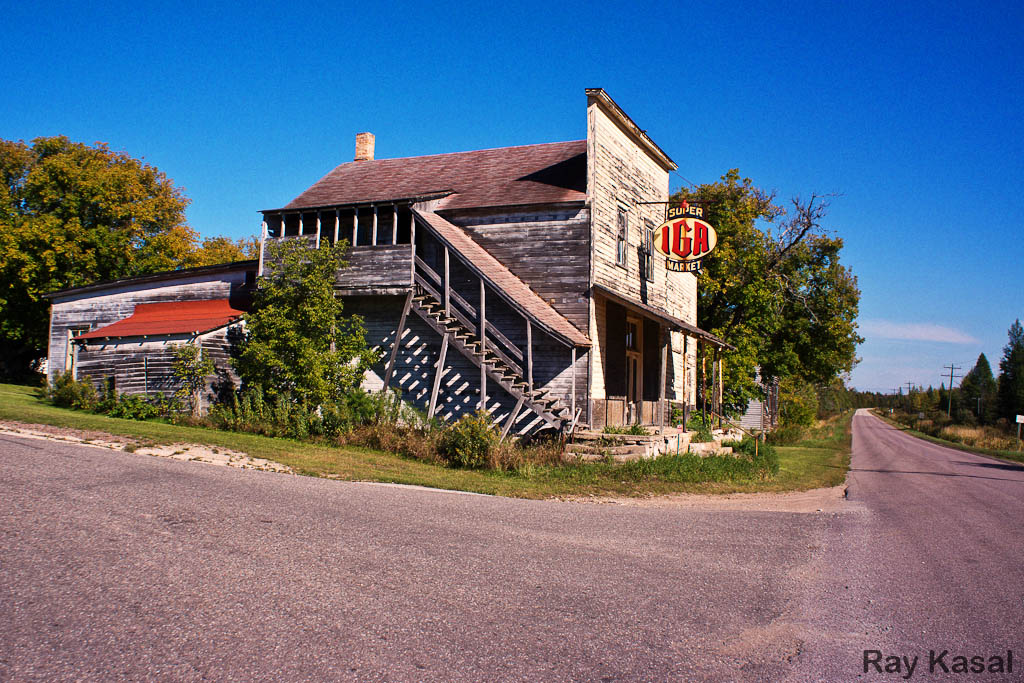 I have a personal fondness for the chain as one of the two grocery stores my family frequented while I was growing up in Nebraska was an IGA.  My childhood IGA store has been gone at least thirty years.  Because of that, when I see the IGA logo I get a happy tinge of nostalgia.

I suppose it’s that personal nostalgia that had me adding a few vintage IGA items to my collection over the years.  The first was a terrific vintage grocery bag: 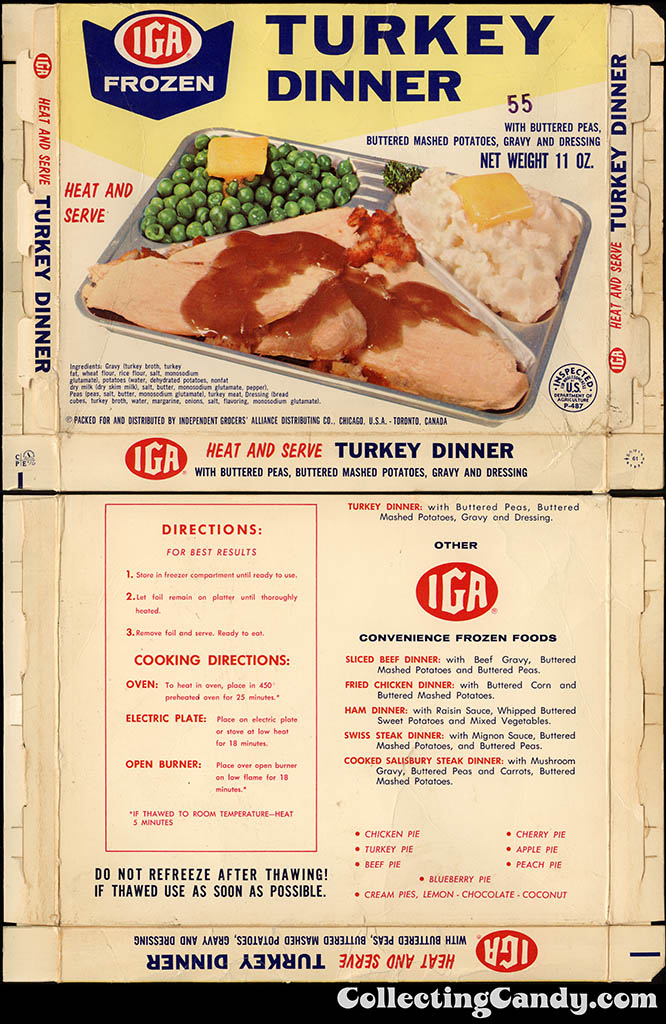 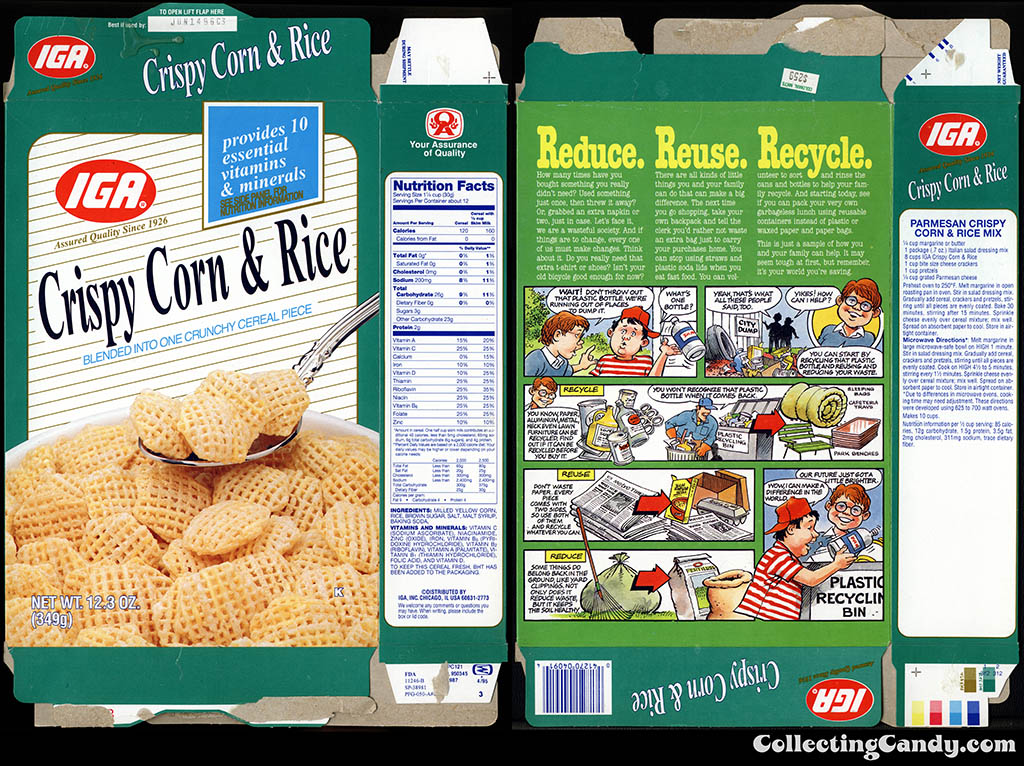 Here are a pair of vintage photos from inside IGA stores and featuring private label merchandise.  These amazing images were pulled from slides discovered by Todd Franklin of the always awesome Neato Coolville blog: 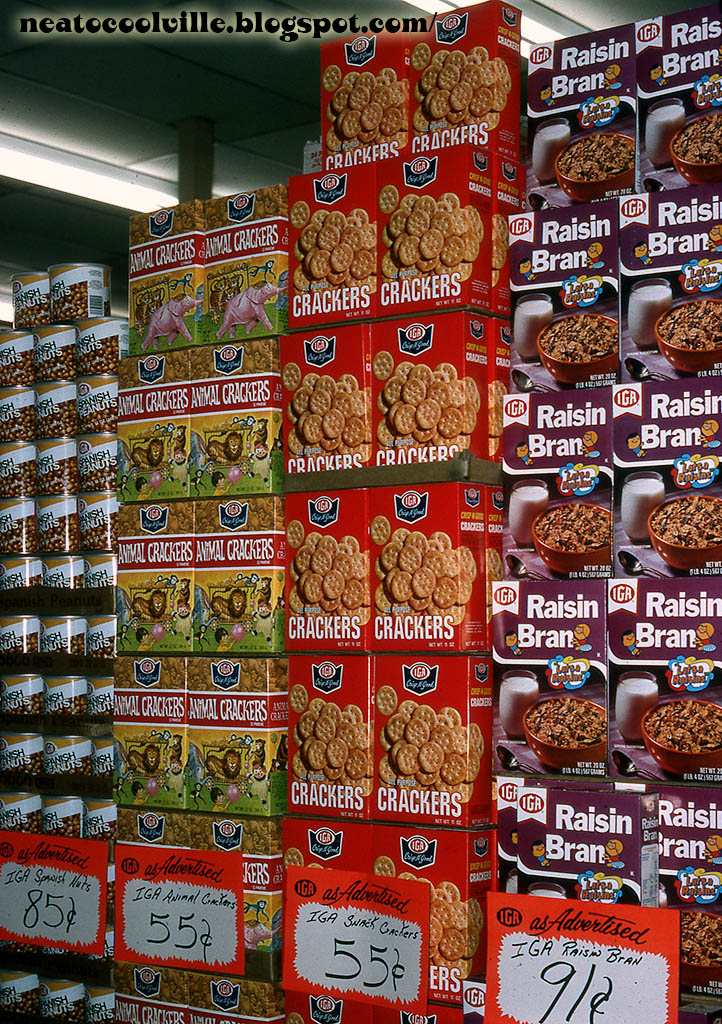 Seeing that stuff always gives me a smile, so when I stumbled upon an operating IGA store in Massapequa New York earlier this year, I had to head inside to check it out.  I’m glad I did because I found that they stocked a nice variety of private label IGA-branded candy offerings.  I excitedly picked up as much as I could and headed to the check-out isle, surely appearing like a man in need of a sugar fix.  Here are the pieces I picked up: 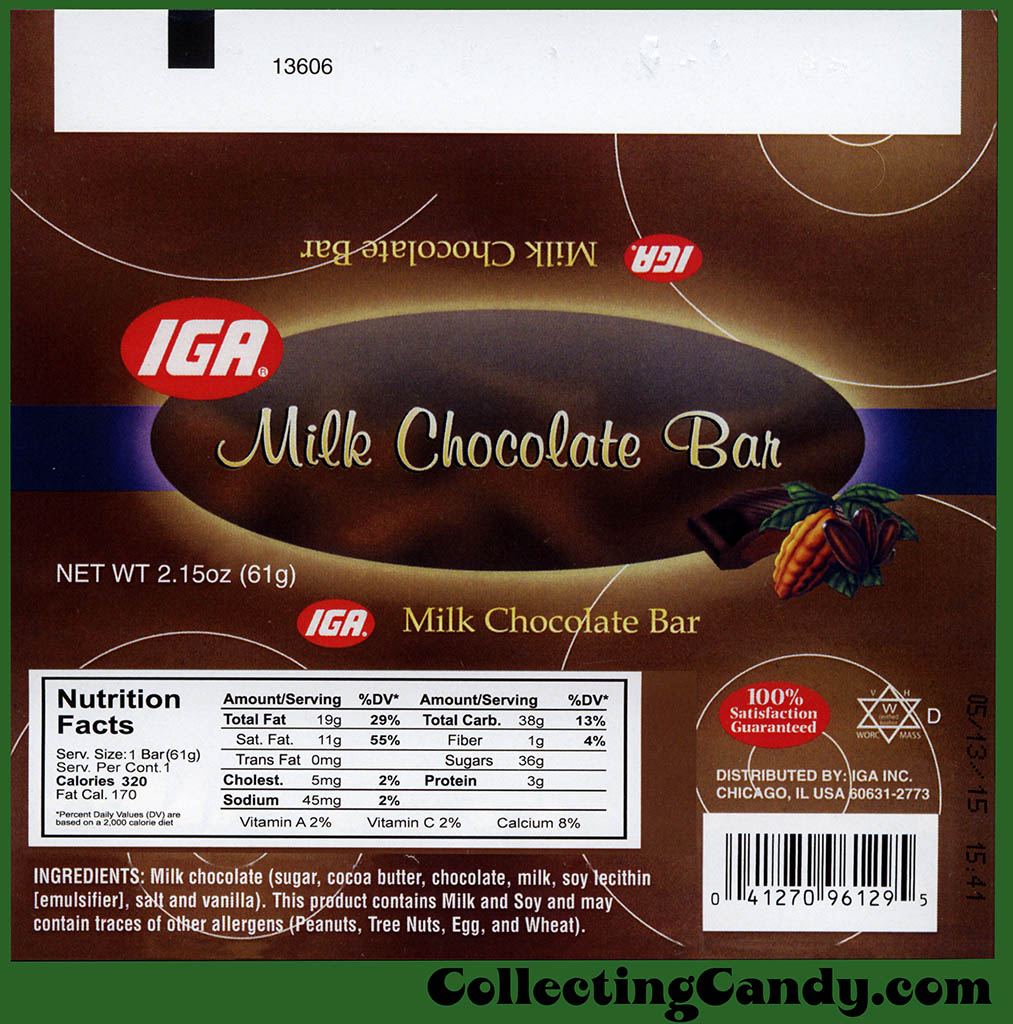 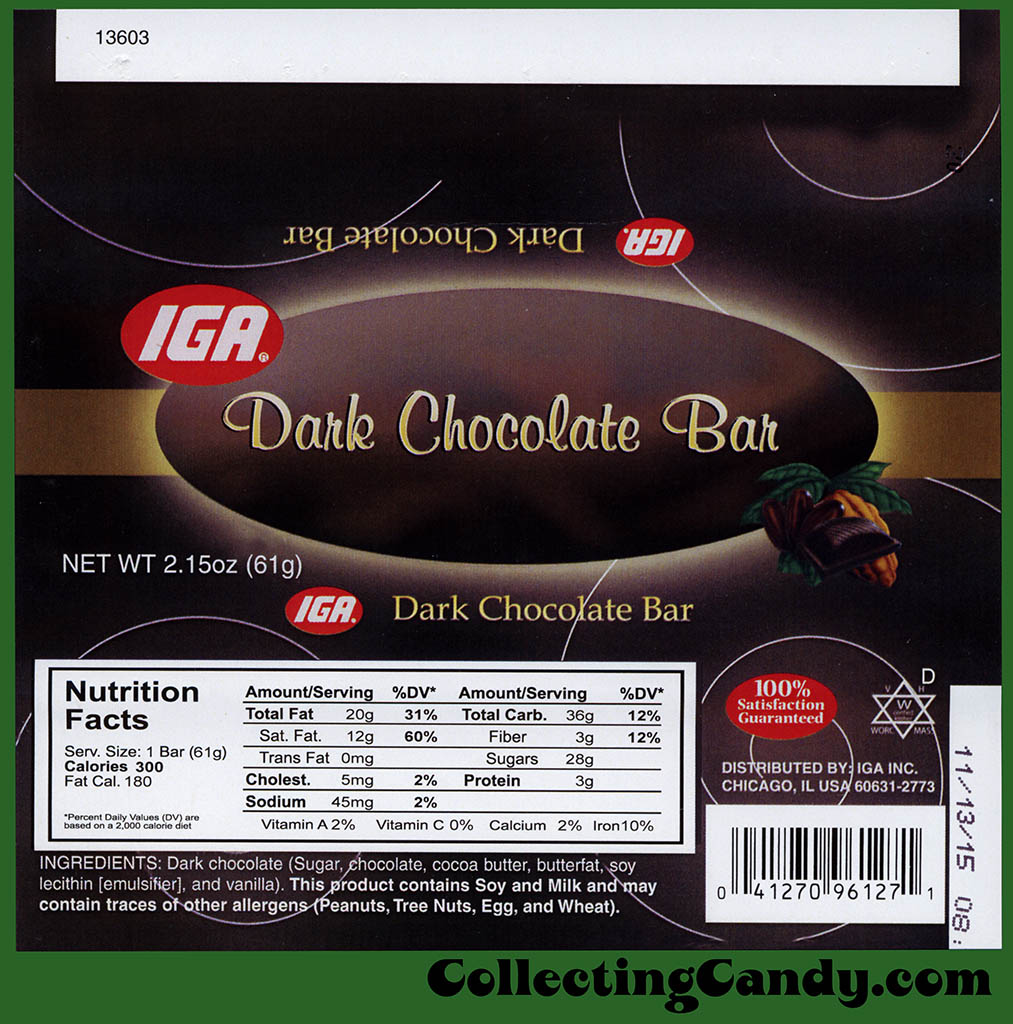 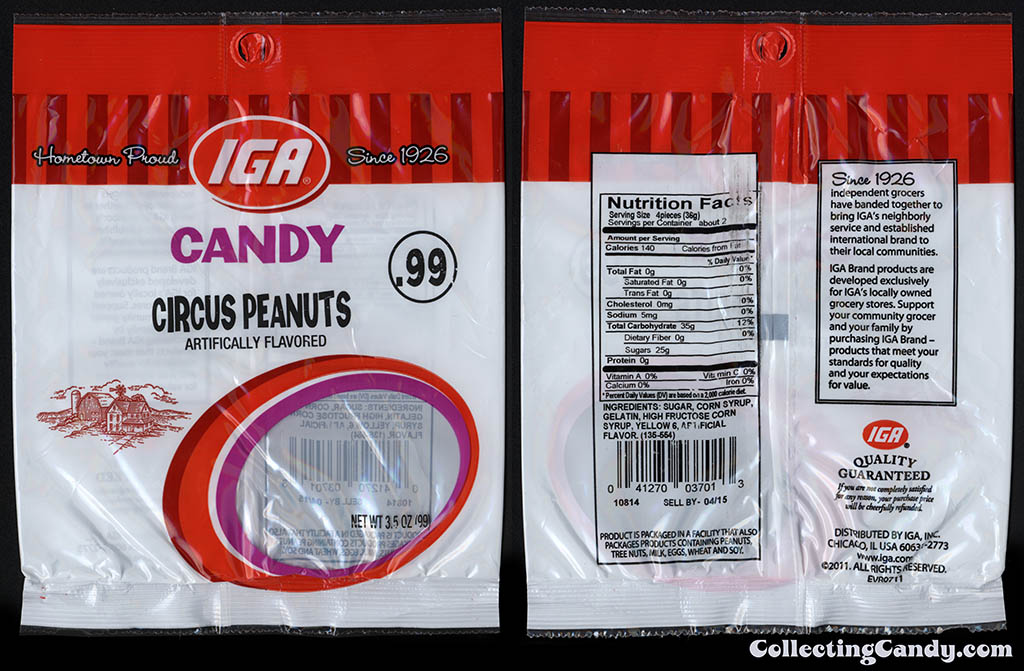 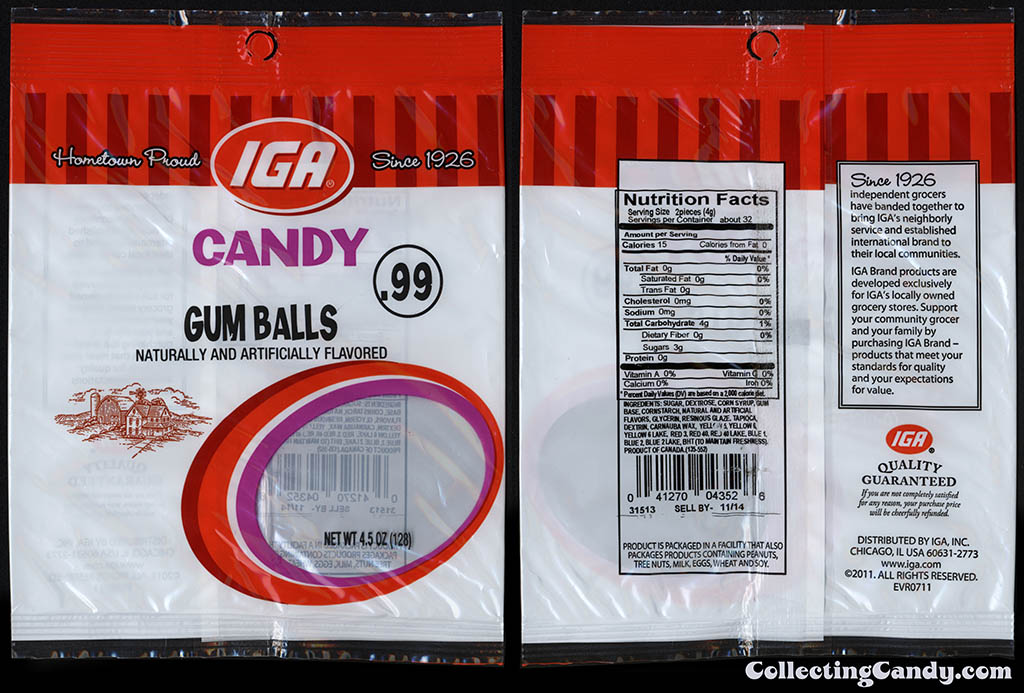 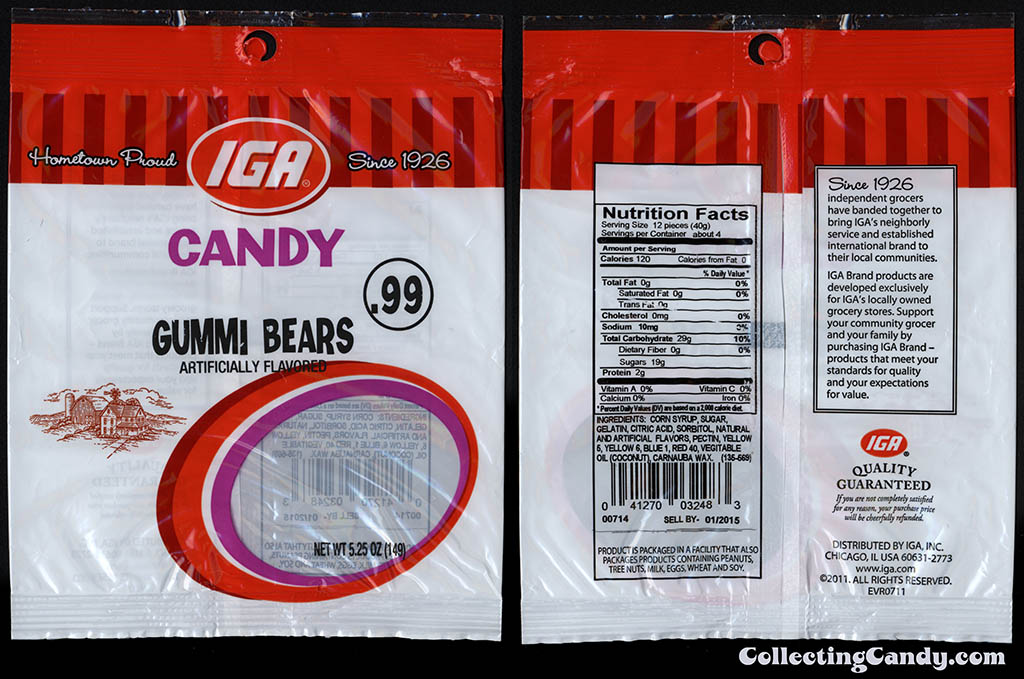 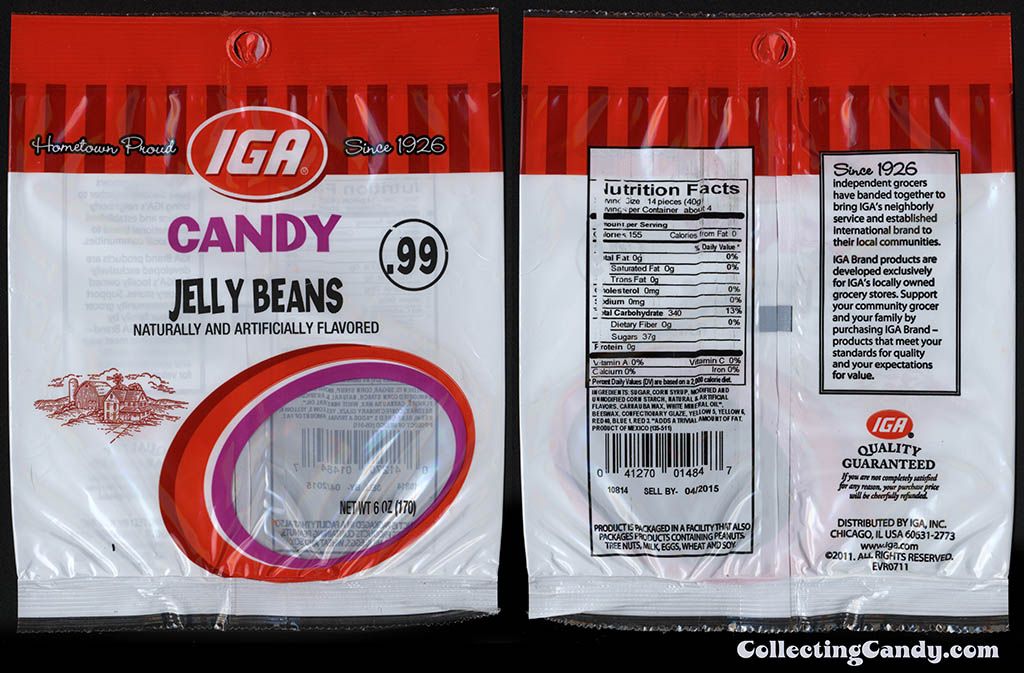 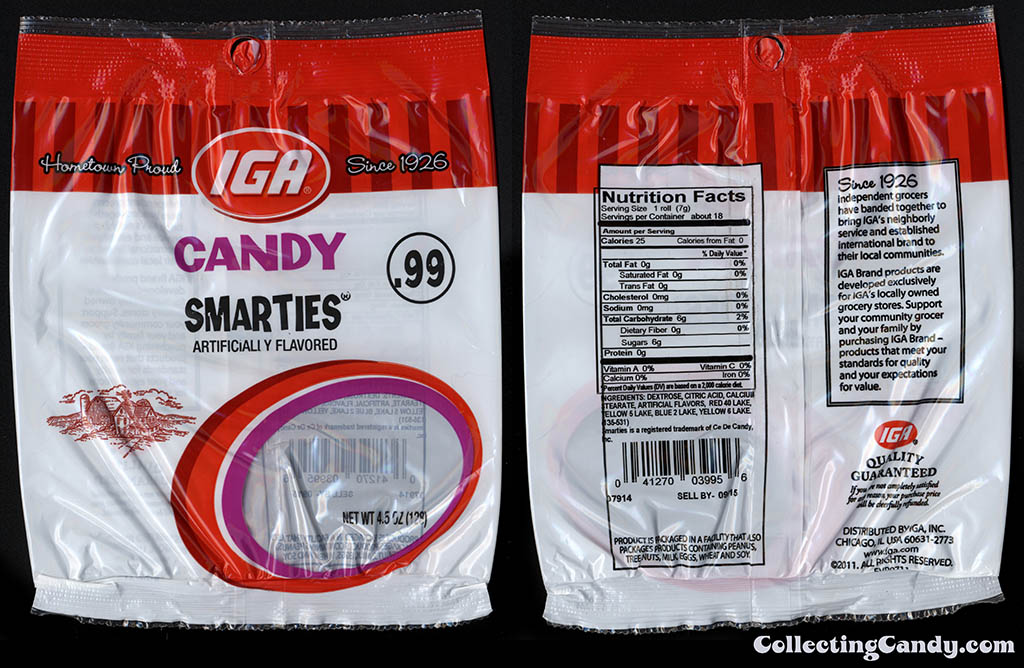 Now, those IGA private label packages are not the most exciting store brands that I’ve come across, but I still think they’re notable.  There’s also something appealing about that classic IGA logo, even the modern version of it.

In the future I plan to cover more instances of private label offerings as I’ve already picked up quite a variety in the last year that I’ve yet to share.  It’s an unusual area to look at as I think it’s typically dismissed as generic and not suitable of investigation.  I certainly overlooked them for quite a while – but not anymore!

And that’s everything I’ve got to share on the private label confectionery offerings of IGA.  See you next time!

A New York City based writer, editor and sometimes actor. After spending much of the 1990′s in the comic book business helping tell the stories of Marvel Comics’ X-Men as series editor, he has since split his time between developing his own entertainment properties while still consulting and working on others. Having been described as “the Indiana Jones of lost and forgotten candy”, Jason is one of the country’s premier candy collectors and historians with his discoveries appearing in countless blogs, magazines, newspaper articles, and books. Always happy to share his knowledge and unique perspectives on this colorful part of our popular culture, Jason has consulted with New York’s Museum of Food and Drink and has also been a featured guest on Food Network’s Heavyweights, France’s M6 Capital, and New York’s TheActionRoom.com. My Google Profile+
View all posts by Jason Liebig →
This entry was posted in 1960's, 1970's, Chocolate, Gummies and tagged candy collecting, candy collection, candy collector, candy wrapper collection, candy wrapper collector, collectible, collecting candy, confectionery, confections, grocery, IGA, packaging, private label, store brand, sweets, vintage candy wrapper, vintage grocery stores, wrapper. Bookmark the permalink.