When Packaging was a Toy – Junior Mints and their 1975 Circus Animal Series!

Though it is a much more unusual occurrence today, there was a time when companies routinely built more tactile fun into their packaging, especially when it was for a product aimed at kids.  They were often producing packages that could serve as hand-puppets or boxes featuring cut-out masks or cars and playsets, allowing emptied boxes serve as toys of a sort.  Talk about added value.

Such was the case when Nabisco put out a “Circus Animal Series” of Junior Mints fun-size Juniors boxes back in 1975.

The mid-1970’s was an era when the former Welch’s family of confections – brands like Sugar Babies, Sugar Daddy, Frappe, Pom Poms (later to be re-branded as Junior Caramels) and Junior Mints – were owned and distributed by Nabisco.  At the time, a standard Junior Mints box looked like this: 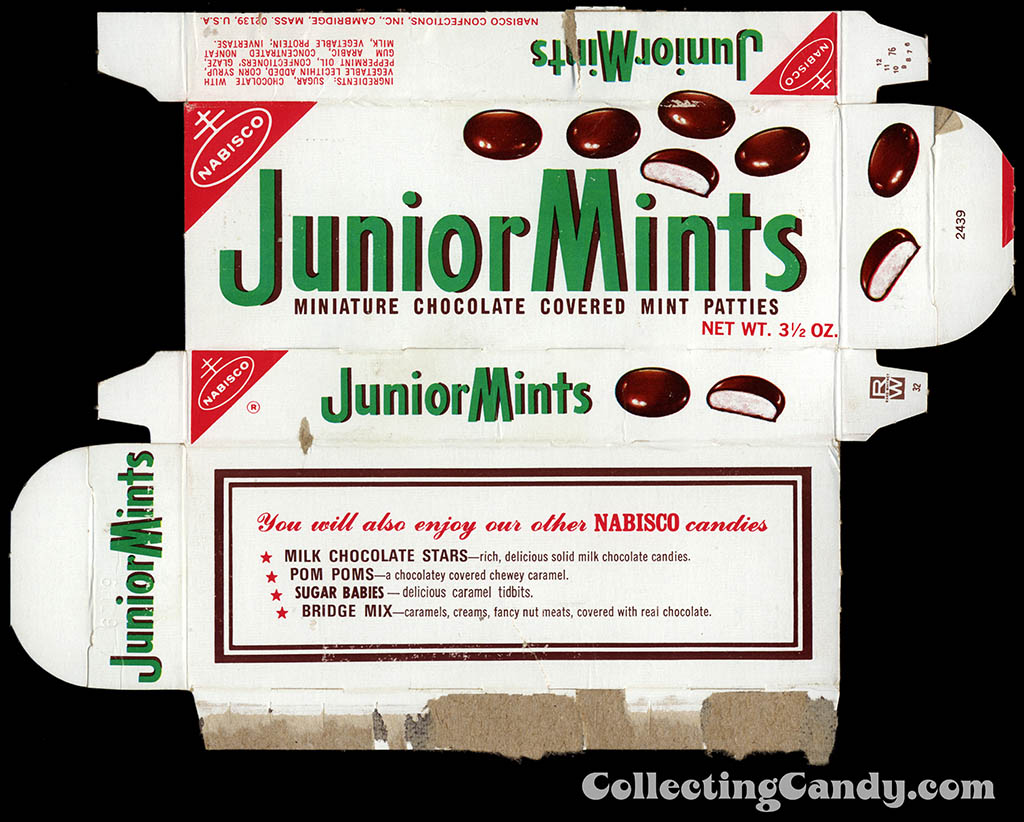 Nabisco had a long history of turning their packaging into playthings (I’ll get to that in a minute) so we can assume that creating their Junior Mints “Circus Series” box was a somewhat organic idea.  Here’s what they looked like:

That package contained smaller fun-size boxes and each one featured a two-sided circus cage illustration.  When I acquired that large package, it included a number of the smaller boxes but there was only one design box – so I don’t know if there were other animal combinations offered.  Here’s the one I have: 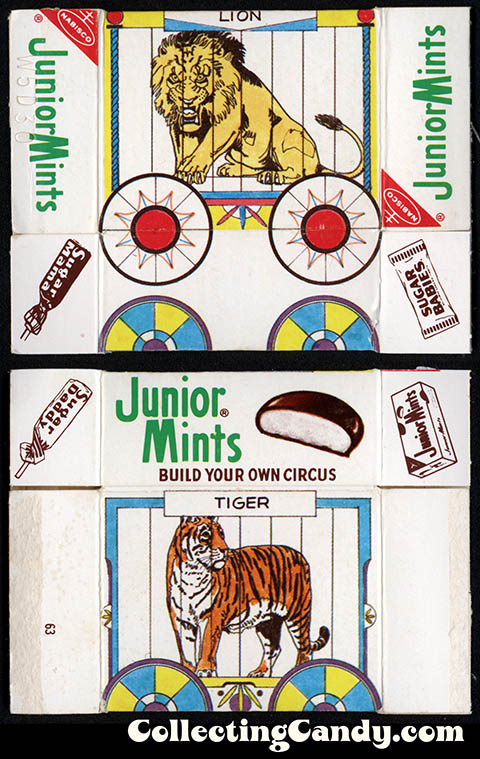 [Edit:  After publishing this post, I came across a trade clipping describing the Nabisco “Build Your Own Circus” promotion, which this Circus Animal Series packaging was a part of.  See below.]

What might not be obvious to some is that Nabisco had been doing this kind of thing with their boxes for decades.  In fact, they had been making their boxes serve as circus animal cages since the early part of the 20th century through their Nabisco Barnum’s Animals brand.  Here are a few I have from the 60’s-70’s era: 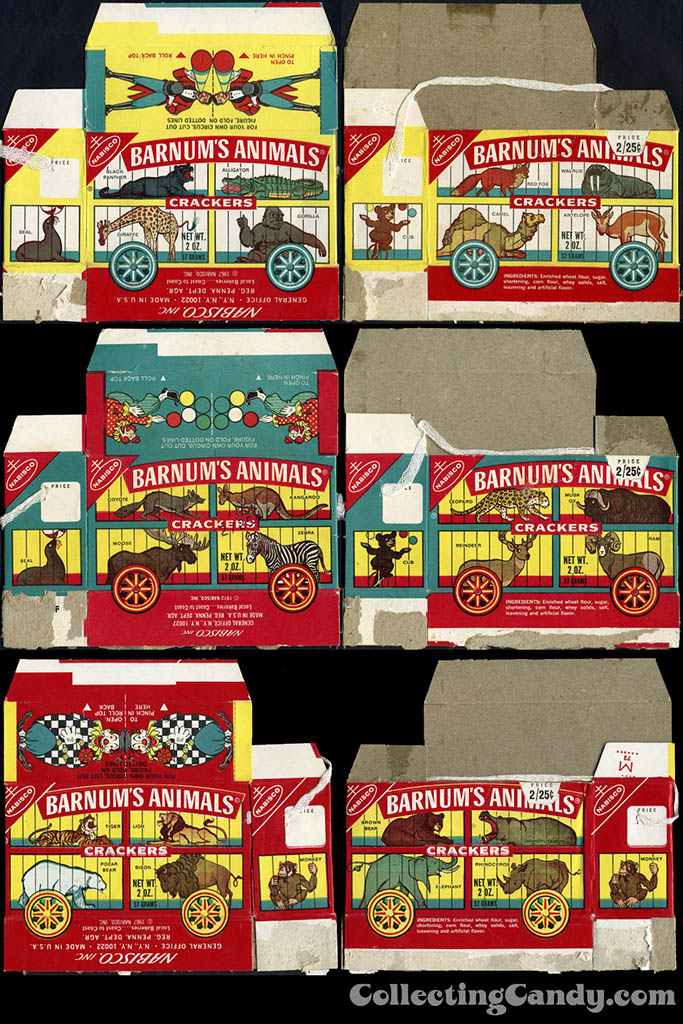 Interestingly, this is not the only piece of 1970’s confectionery packaging I have that purports to recreate the circus experience in cardboard.  Here is a Milky Way “Pantry Pack” box featuring circus-themed punch-outs: 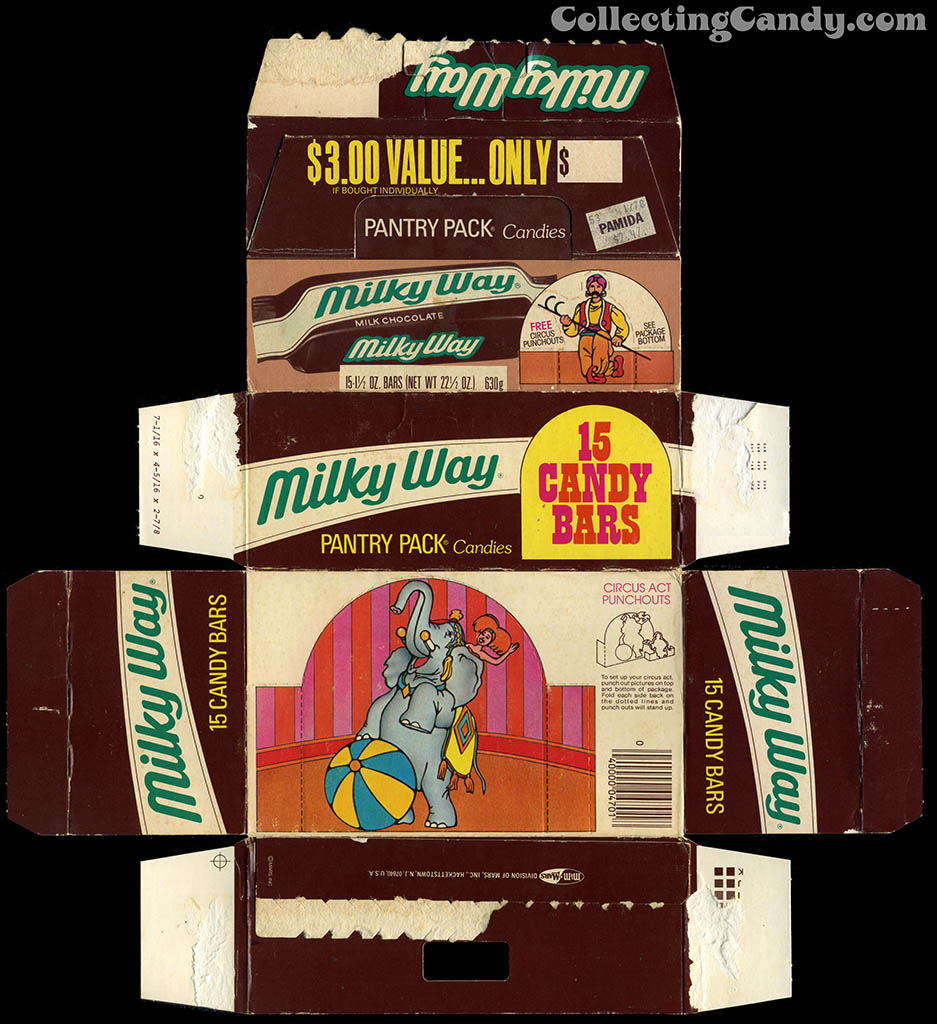 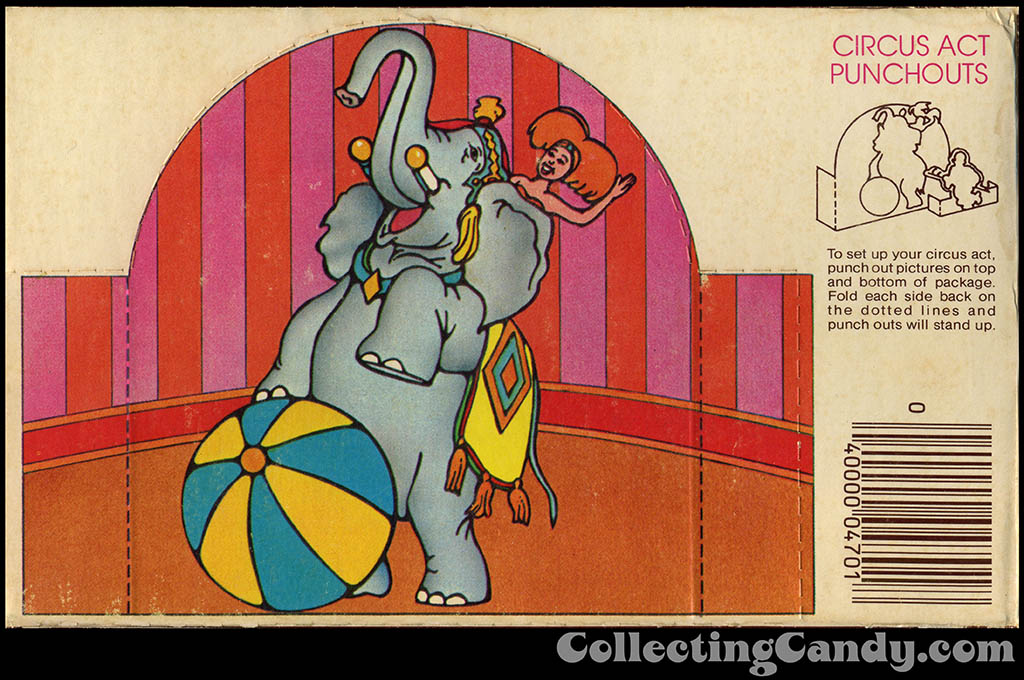 It would appear that the circus was a pretty popular theme back then.

I’ve covered similar play-value packaging in past articles, so I’d like to highlight some of that in today’s post.  First, there’s Ferrara Pan’s Atomic Fireballs Fire Truck packaging, which is one of my all-time favorites.

And then there’s the Milk Duds Learn-to-Spell boxes (featured in my 86-year Milk Duds retrospective), a format and packaging range quite similar to the Circus Series Junior Mints release, as each small box allowed for creative fun:

So those are some other examples of this kind of packaging-as-toy concept, a concept which is rarely found today.

And yet, there are still examples that pop up every once in a while.  I picked up a fantastic one just last month.  It’s a Target-exclusive version cereal box for Kix and it sports a whole lot of colorful, die-cut, pop-out animal fun: 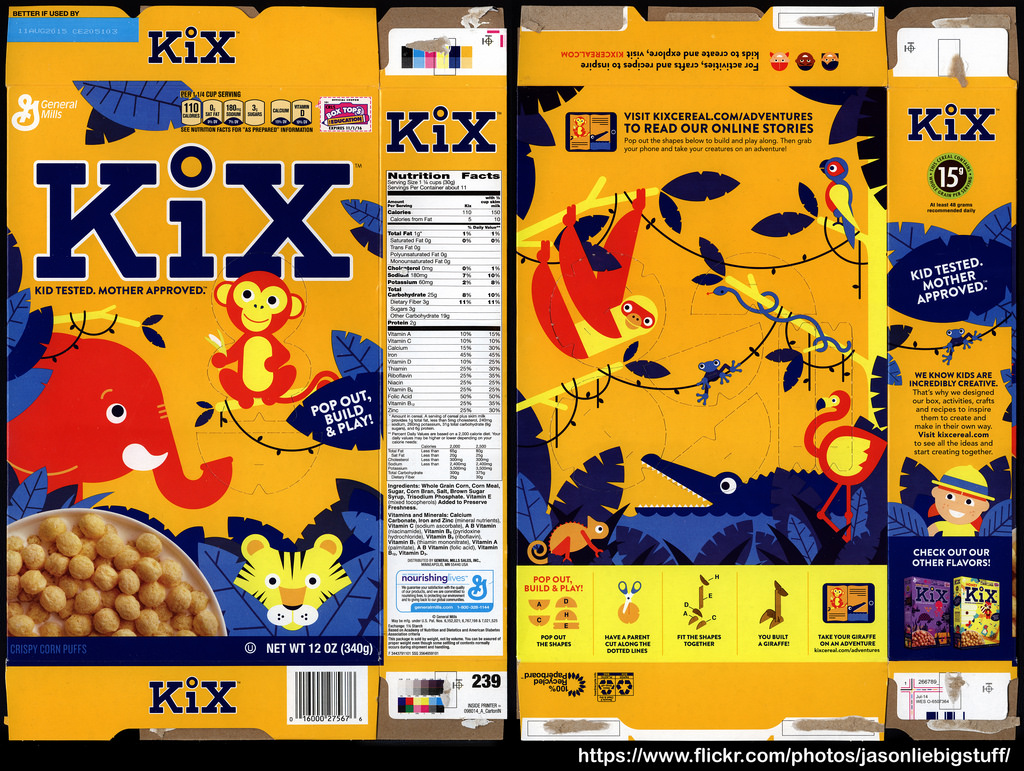 Fun stuff, and it really does warm my crafty, old-school heart to see things like this still being done from time-to-time.

And that’s everything for today’s look back at when packaging was a toy and the Junior Mints Circus Series.  See you next time!

A New York City based writer, editor and sometimes actor. After spending much of the 1990′s in the comic book business helping tell the stories of Marvel Comics’ X-Men as series editor, he has since split his time between developing his own entertainment properties while still consulting and working on others. Having been described as “the Indiana Jones of lost and forgotten candy”, Jason is one of the country’s premier candy collectors and historians with his discoveries appearing in countless blogs, magazines, newspaper articles, and books. Always happy to share his knowledge and unique perspectives on this colorful part of our popular culture, Jason has consulted with New York’s Museum of Food and Drink and has also been a featured guest on Food Network’s Heavyweights, France’s M6 Capital, and New York’s TheActionRoom.com. My Google Profile+
View all posts by Jason Liebig →
This entry was posted in 1970's, 1980's, Boxed, Chocolate, cookies, Mars, Novelty and tagged 1970's candy, candy collecting, candy collection, candy collector, candy wrapper collection, candy wrapper collector, circus, collectible, collecting candy, confectionery, confections, Junior Mints, Nabisco, packaging, packaging design, papercraft, sweets, vintage candy wrapper, Welch's, wrapper. Bookmark the permalink.