[If you were here yesterday for our 300th post and behind-the-scenes video, you will have already gotten a bit of a sneak preview of what I’ll be showing today – I hope I didn’t spoil it too much.]

When Angry Birds Fruit Gummies were first released back in late 2011, they came in a series of four different boxes featuring three different Angry Birds and one of their Bad Piggie antagonists.  With this new Second Edition release, the assortment of boxes has expanded to six, with five new Angry Birds characters making it onto the boxes and one bird returning from the first series.

That returning mascot is the red Angry Bird, and in the new assortment the red bird has become decidedly less-Angry.  We must assume that the red Angry Bird is enjoying all of the attention, as well making it back for the Second Edition Fruit Gummies boxes.

As you can see from that image, the flavors of gummies found in Angry Birds Second Edition have also changed up.  They went from Cherry, Lemon, Raspberry, Apple, Grape, Strawberry to Cherry, Watermelon, Grape, Peach, Orange, Fruit Punch.

I had assumed that the first series of Angry Birds gummies assortment would be retired upon the release of this Second Series.  But the dramatic change in flavors makes me wonder if the Second Edition of Angry Birds Fruit Gummies has been released to complement the originals rather than replace them.

Now that I’ve given you the requisite background let’s get to the fun stuff.  Here are the six new colorful boxes that make up the Angry Birds Fruit Gummies Second Edition: 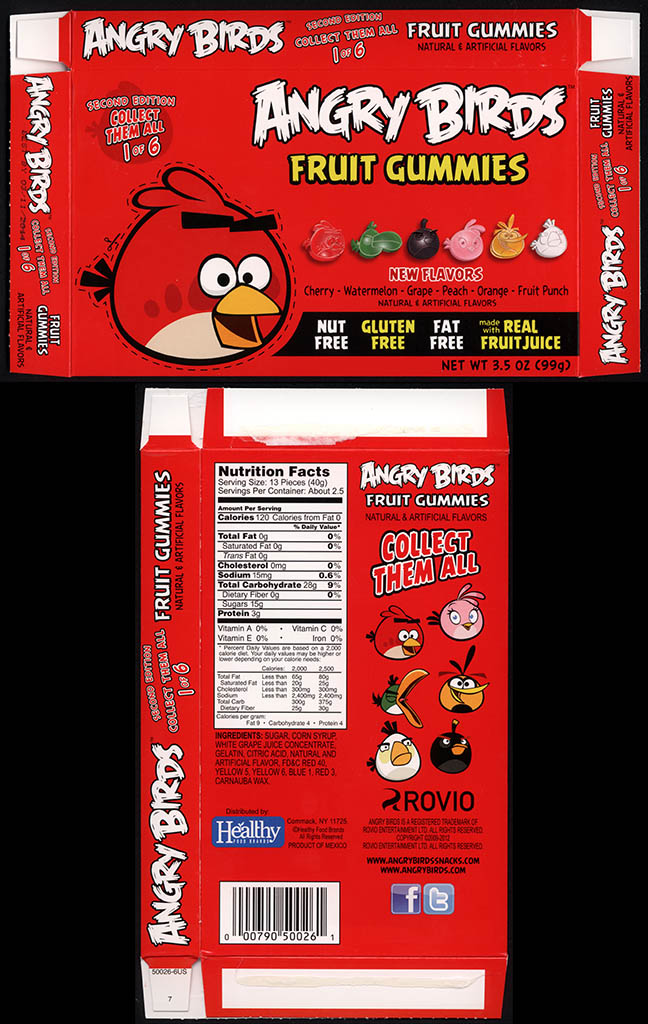 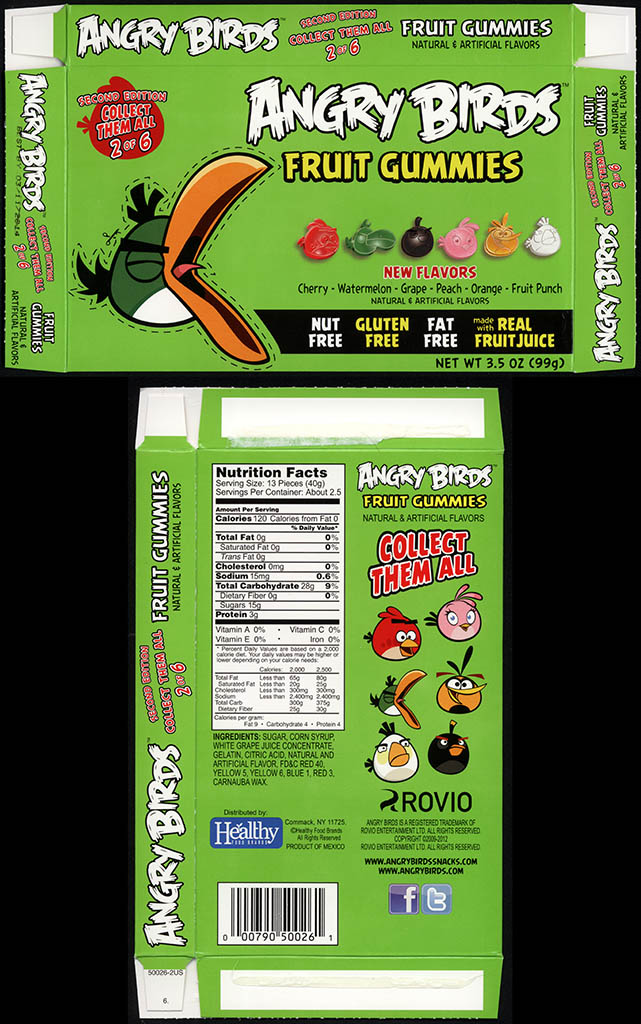 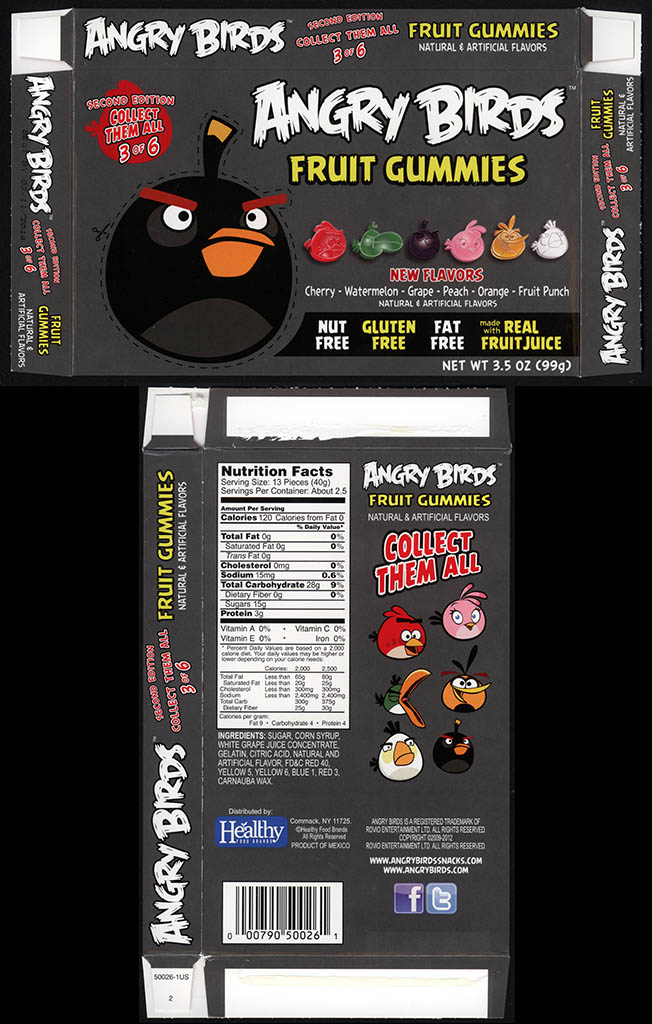 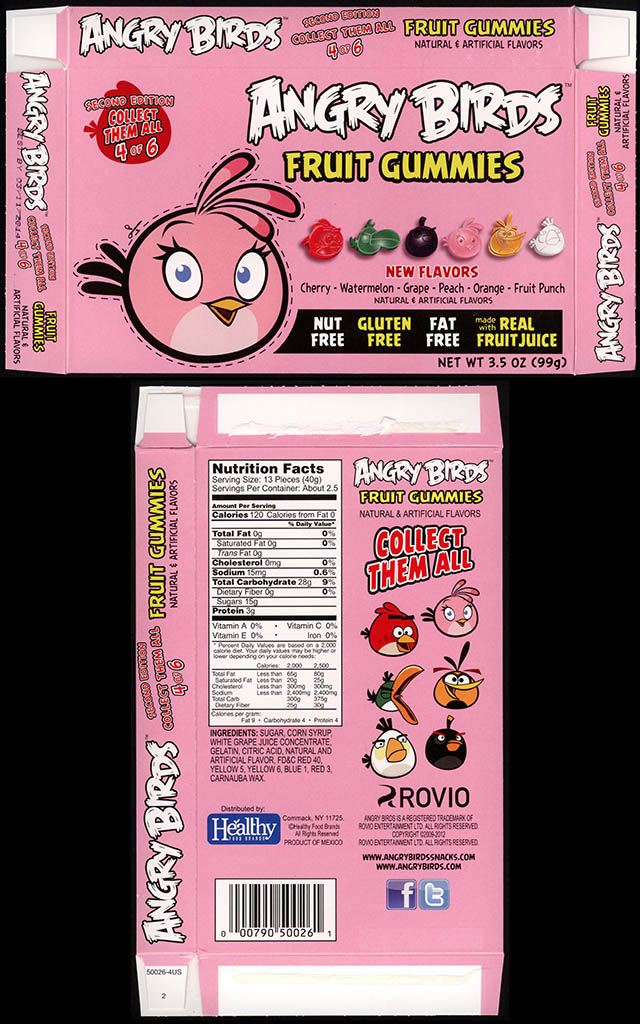 And that’s all six!  I think that’s a fantastic assortment and it’s great to see Healthy Food Brands finding fun ways to expand the line and keep it fresh.

I’ve become a big fan of the 3.5 oz Angry Birds Fruit Gummies line as the boxes are the perfect size to collect and they continue to put out neat new releases.   Beyond the core lineup, they’ve been hitting the major holidays with special editions as well.  I covered the Halloween and Christmas boxes in my first Angry Birds post, and now I’d like to share the Valentine’s and Easter 3.5 oz boxes I’ve picked up recently: 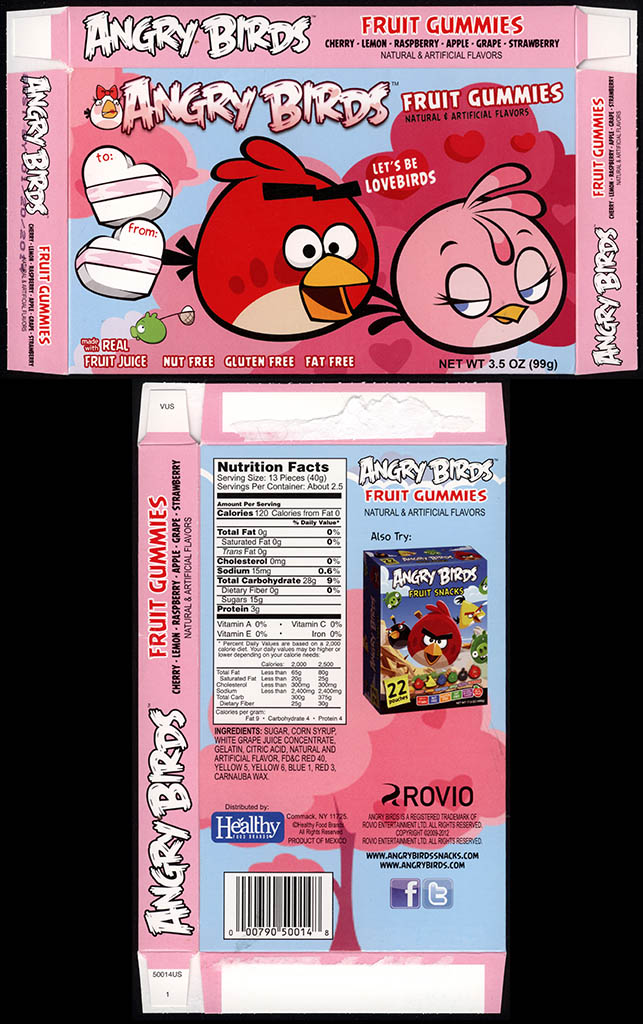 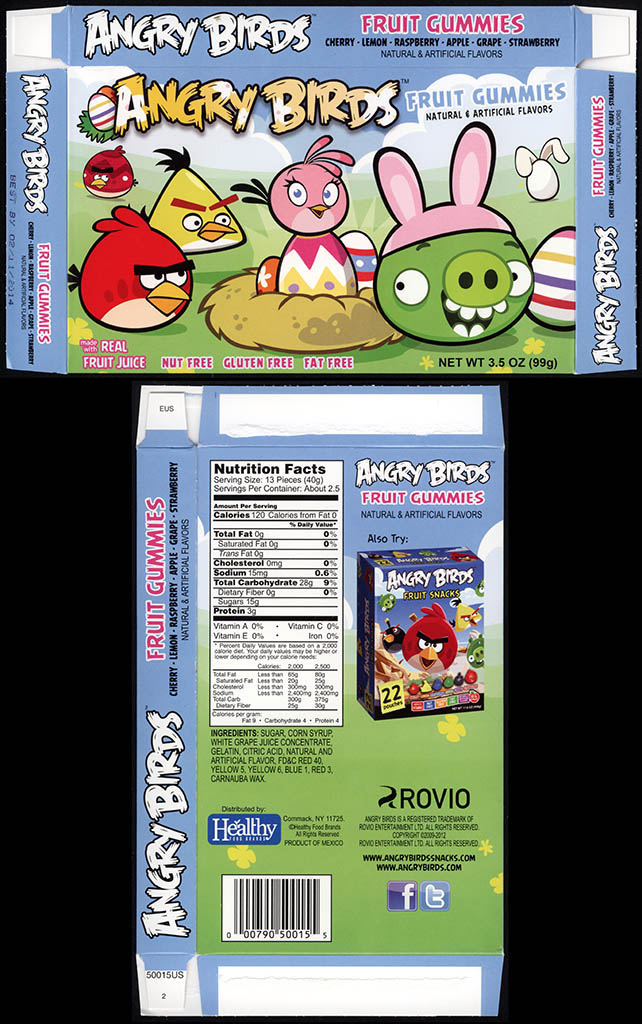 I really dig that they put out the specialty holiday boxes, though I will say that they have not been easy to track down.  Fortunately I have been able to consistently find the holiday Angry Birds 3.5 oz boxes at a nearby Michaels craft store.  Because of that, Michaels now joins Target as one of my first candy-hunting destinations when each new holiday season hits.

A New York City based writer, editor and sometimes actor. After spending much of the 1990′s in the comic book business helping tell the stories of Marvel Comics’ X-Men as series editor, he has since split his time between developing his own entertainment properties while still consulting and working on others. Having been described as “the Indiana Jones of lost and forgotten candy”, Jason is one of the country’s premier candy collectors and historians with his discoveries appearing in countless blogs, magazines, newspaper articles, and books. Always happy to share his knowledge and unique perspectives on this colorful part of our popular culture, Jason has consulted with New York’s Museum of Food and Drink and has also been a featured guest on Food Network’s Heavyweights, France’s M6 Capital, and New York’s TheActionRoom.com. My Google Profile+
View all posts by Jason Liebig →
This entry was posted in Boxed, Gummies, Holiday and tagged Angry Birds, candy collecting, candy collection, candy collector, candy wrapper collection, candy wrapper collector, collectible, collecting candy, confectionery, confections, contemporary, Gummies, licensed, packaging, Rovio, sweets, vintage candy wrapper, wrapper. Bookmark the permalink.