So there’s this giant blizzard heading my way, and they’ve dubbed it Nemo.

I don’t recall blizzards ever getting names in the past.

Because of this impending snowpocalypse, like everyone else in my neighborhood, I went to the grocery store to stock up on food and supplies.  After making my way through the crowded isles and getting everything I needed, I then waited in the checkout line for over 30 minutes (those are the times when I’m truly grateful to have the internet in my pocket).

Needless to say my time intended for creating a follow-up anniversary post for today had been swallowed up by preparations for Nemo.

On that note… maybe next time can we just give a storm a more basic, wintery name.  Looking on my desk I see the perfect one.  How about “Mr. Snow”: 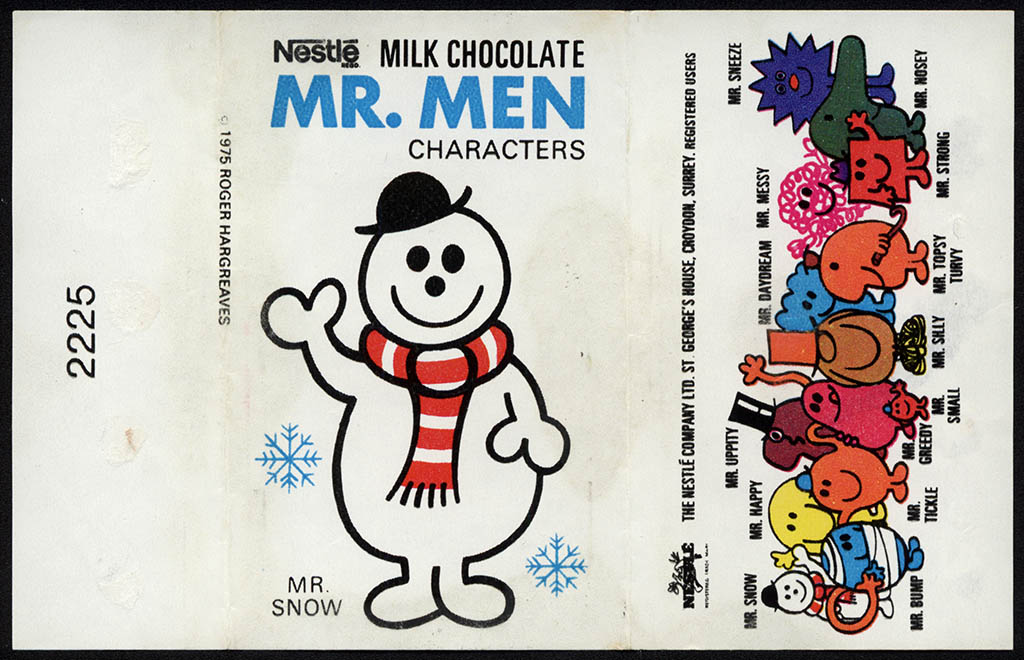 I think newscasts would be a lot more fun if they included the following statements; “I hope everyone is prepared for the arrival of Mr. Snow!”  and “Mr. Snow is making his way across the eastern seaboard and travel is not advised. “, or how about “Mr. Snow should be taken very seriously.”, and so on.   The kids would love it.  And so would I.

That’s it from me for today as I still have a few more blizzard preparations to make.  If you’re on the East Coast, I hope you’re all ready for Mr. Snow…er Nemo!

A New York City based writer, editor and sometimes actor. After spending much of the 1990′s in the comic book business helping tell the stories of Marvel Comics’ X-Men as series editor, he has since split his time between developing his own entertainment properties while still consulting and working on others. Having been described as “the Indiana Jones of lost and forgotten candy”, Jason is one of the country’s premier candy collectors and historians with his discoveries appearing in countless blogs, magazines, newspaper articles, and books. Always happy to share his knowledge and unique perspectives on this colorful part of our popular culture, Jason has consulted with New York’s Museum of Food and Drink and has also been a featured guest on Food Network’s Heavyweights, France’s M6 Capital, and New York’s TheActionRoom.com. My Google Profile+
View all posts by Jason Liebig →
This entry was posted in 1970's, British, Nestle and tagged candy collecting, candy collection, candy collector, candy wrapper collection, candy wrapper collector, collectible, collecting candy, confectionery, confections, packaging, sweets, vintage candy wrapper, wrapper. Bookmark the permalink.