That Time Nestle Gave The Finger to Butterfinger!

Though the title of today’s post might sound like some negative thing, it’s not.   Because today’s post is all about when Nestle promoted the Butterfinger brand with a slightly edgy, humorous take on itself.  It’s also how they renamed Butterfinger to “The Finger”… at least for a day.

In a time just before FunnyOrDie.com and Facebook would become the default place to launch a campaign like this, Nestle presented this unusual Butterfinger campaign on Yahoo!’s own Comedy Network.  Here’s how it started:

As modern day consumers, most of us have seen companies make focus group-inspired changes to their brands and logos before, so perhaps it was not entirely unbelievable that a brand like Butterfinger could somehow be altered in such a dramatic (and some would say ridiculous) way.  But I suspect that most folks were savvy to the humor here.  And I think this campaign had a good sense of humor about itself and even a bit of an edge.

To celebrate clever humor and the launch of the Butterfinger Comedy Network, BUTTERFINGER is distributing nearly 200,000 free Finger Bars to consumers at more than 2,000 7-Eleven® stores in 10 major markets across the country. This will occur on the afternoon of April 1 only and while supplies last (one Finger Bar per customer). Participating markets include New York, Los Angeles, Chicago, San Francisco, Philadelphia, Phoenix, Seattle, Dallas, Boston and Miami.

I recently acquired a bar from that promotion and removed the wrapper for my collection.  It’s practically like a Wacky Packages sticker brought to life.  Here it is: 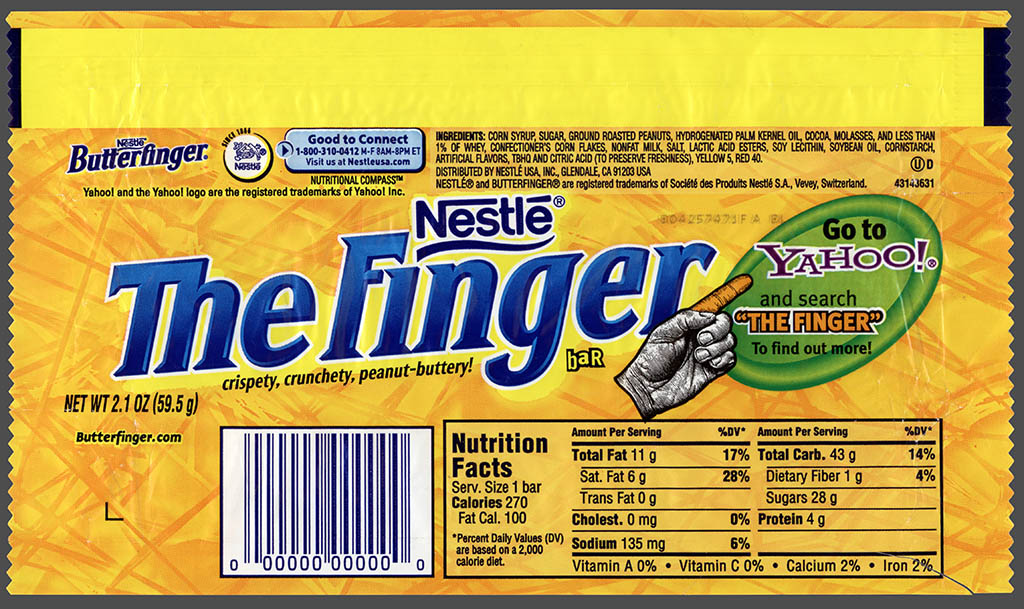 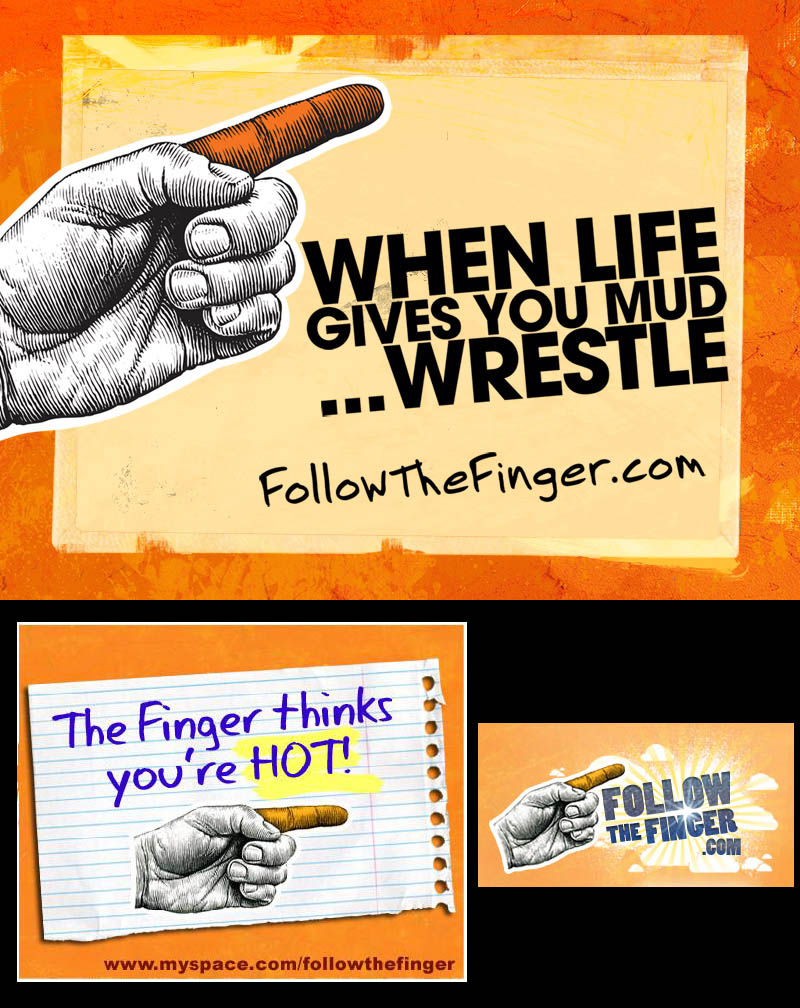 So this was all a big fun promotion that culminated in the giveaway of a novelty bar.  It must have been at least somewhat successful because just over a year later they would follow-up with Seth Green and his “Dude Where’s My Butterfinger Bar” promotion, which I wrote about last August.  That promotion also culminated with a chance to get a free giveaway Butterfinger bar, that time in a retro wrapper.

As far as I know, Nestle hasn’t had any other similar promotions, though it’s hard to be certain.  If anyone else remembers one, write in and let us know.  The wrappers for these make for pretty fun collectibles – especially since they’re only available for one day and sport unique designs.   Gotta love it.

There was one other follow-up video I found related to this promotion.   In this one, they do on-the-street interviews with folks asking them what they think of the name change:

A New York City based writer, editor and sometimes actor. After spending much of the 1990′s in the comic book business helping tell the stories of Marvel Comics’ X-Men as series editor, he has since split his time between developing his own entertainment properties while still consulting and working on others. Having been described as “the Indiana Jones of lost and forgotten candy”, Jason is one of the country’s premier candy collectors and historians with his discoveries appearing in countless blogs, magazines, newspaper articles, and books. Always happy to share his knowledge and unique perspectives on this colorful part of our popular culture, Jason has consulted with New York’s Museum of Food and Drink and has also been a featured guest on Food Network’s Heavyweights, France’s M6 Capital, and New York’s TheActionRoom.com. My Google Profile+
View all posts by Jason Liebig →
This entry was posted in Chocolate, Nestle, Peanut Butter and tagged April 1st, April Fool's Day, Butterfinger, candy collecting, candy collection, candy collector, candy wrapper collection, candy wrapper collector, collectible, collecting candy, confectionery, confections, humor, Nestle, packaging, parody, sweets, vintage candy wrapper, Wacky Packages, wrapper. Bookmark the permalink.

4 Responses to That Time Nestle Gave The Finger to Butterfinger!