Earlier this month, I pointed out how M&M’s had finally started doing holiday-thematic packaging in standard-sized packs, with their Candy Corn M&M’s lineup.  Today, I’m going to share a pair of their new Halloween-themed 3.4oz boxes as well as a couple fun vintage items you have probably never seen before.

Let’s start with the new Halloween boxes.  As a collector, it’s great to see more of these kinds of smaller holiday-themed packaging.  M&M’s has been producing holiday packaging in the large pound-size bags for years but as a collector, trying to get all of those is both cost-prohibitive as well as difficult to manage on the candy consumption part of things.  In other words, it’s a lot of candy to eat!  And there have been many awesome pound bag designs rolled out over the years that I’ve had to pass up because they were just too big.

So when I can grab two fun new boxes at under 4 ounces each?  That’s a win.  And here they are: 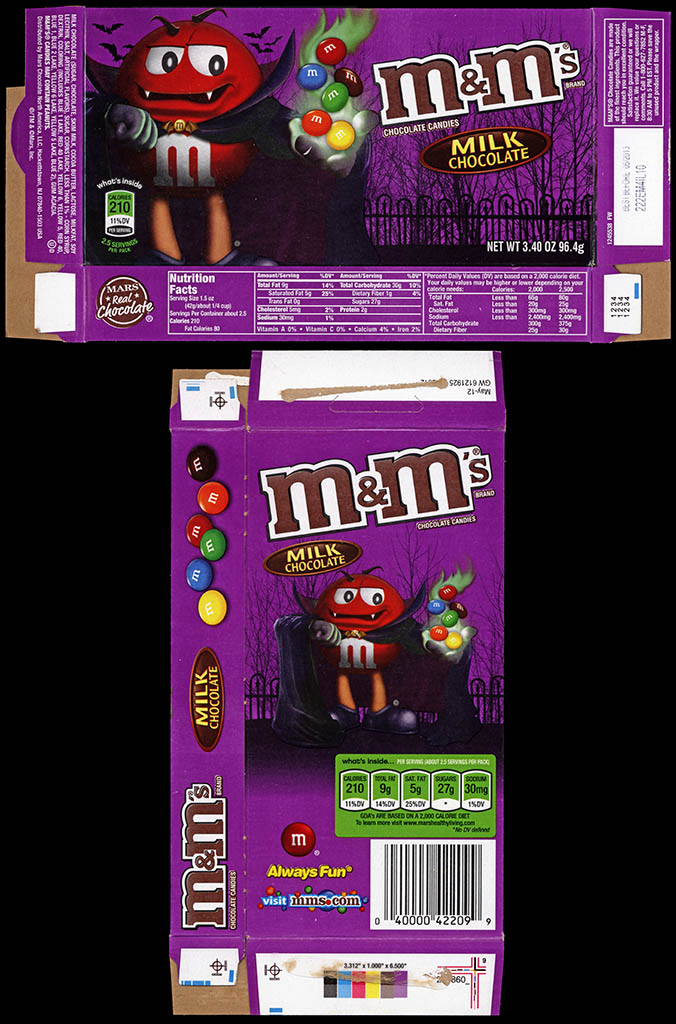 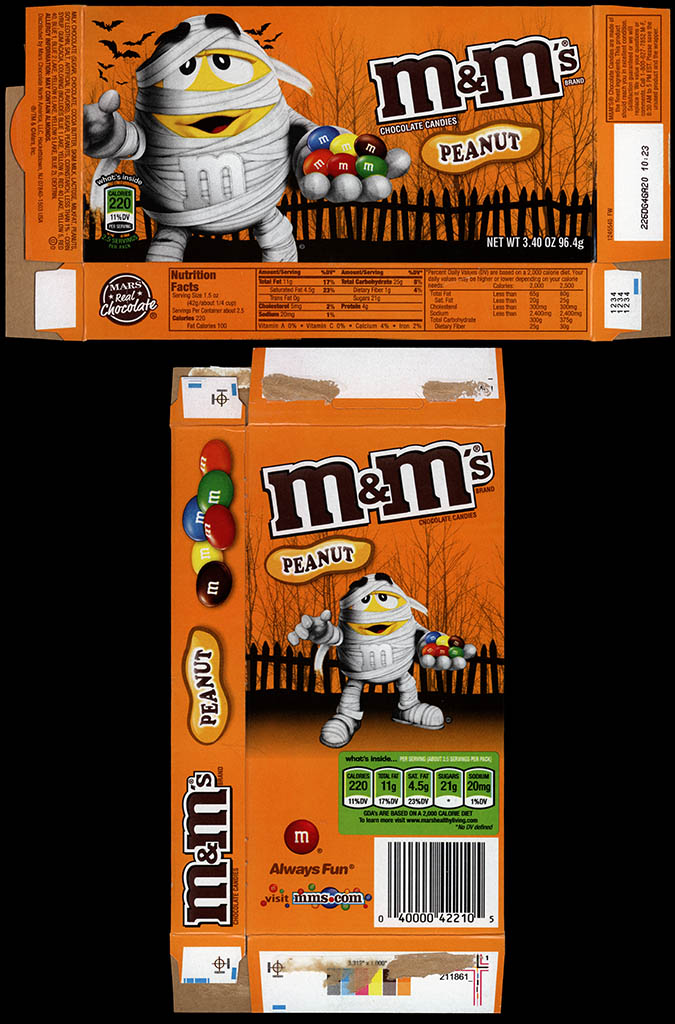 I hope that these kinds of M&M’s holiday designs in standard sizes is a trend that we get to see more and more of.  For a collector, they are perfect.

Next up is a Halloween fun size multi-pack, from just before the M&M’s mascots last major redesign, when they were given the contemporary looks that they retain today.  You might remember these versions of the characters, or maybe not.  [Most notably, Green is not a woman in this version.] 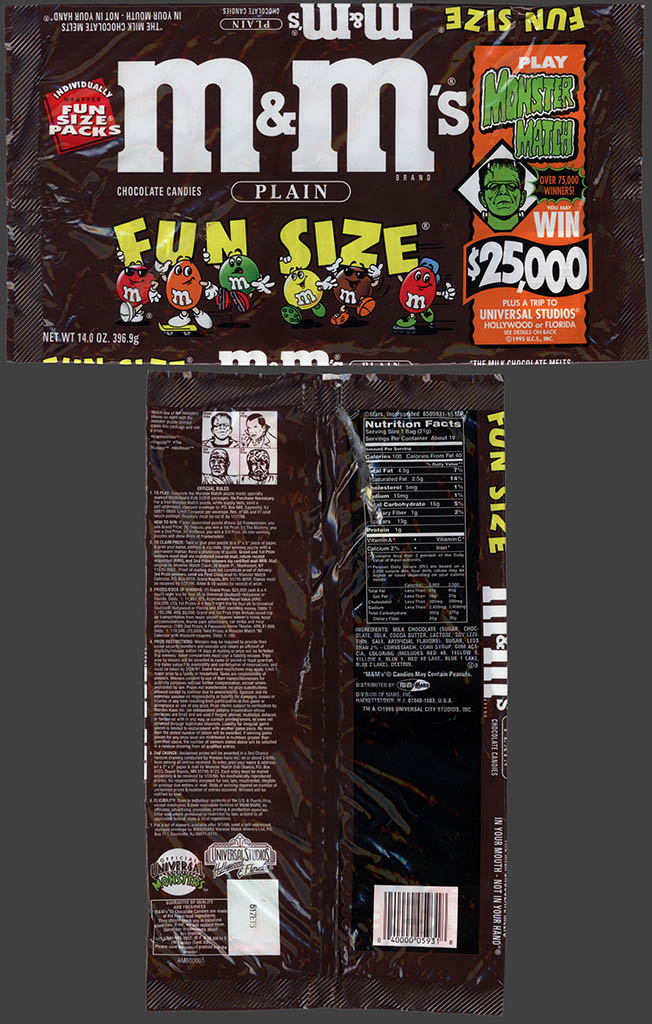 My last piece to share today is a special one.   It’s a CollectingCandy.com exclusive premiere, as it’s a fun little piece that you cannot find anywhere else on the internet.  This is a Canadian M&M’s Halloween treat-size box from 1990 – check it out:

A New York City based writer, editor and sometimes actor. After spending much of the 1990′s in the comic book business helping tell the stories of Marvel Comics’ X-Men as series editor, he has since split his time between developing his own entertainment properties while still consulting and working on others. Having been described as “the Indiana Jones of lost and forgotten candy”, Jason is one of the country’s premier candy collectors and historians with his discoveries appearing in countless blogs, magazines, newspaper articles, and books. Always happy to share his knowledge and unique perspectives on this colorful part of our popular culture, Jason has consulted with New York’s Museum of Food and Drink and has also been a featured guest on Food Network’s Heavyweights, France’s M6 Capital, and New York’s TheActionRoom.com. My Google Profile+
View all posts by Jason Liebig →
This entry was posted in 1990's, Chocolate, CountdownToHalloween, Halloween, Holiday, M&M's, Mars and tagged Canadian Halloween, candy collecting, candy collection, candy collector, candy wrapper collection, candy wrapper collector, collectible, collecting candy, confectionery, confections, Halloween candy, M&M's Halloween, mascots, packaging, sweets, vintage candy, vintage candy wrapper, wrapper. Bookmark the permalink.