Today I’ll be covering a group of currently-available wrappers from the Mars company; the 2-to-Go selections.

As I’ve shared in the past, though I focus most of my efforts on vintage candy packaging, I do like to keep up with what’s currently available, and get an example of each new brand and design that comes out.  But there are lots of little variations that I’ll see, and I don’t always decide to get them all.  At first, I didn’t feel the need to pick up the 2-to-Go wrappers, but I finally decided they warranted saving, and documenting.

I can’t say exactly what finally convinced me that I needed to try to get all of these.  Maybe it was the race-car like 2-to-Go banner, or the interesting “twist-to-close” feature touted on the wrappers.  Or maybe it was my look back at what was saved within The Kallok Collection; a lineup of Hershey brands all with “20% More Candy”, which was a fun little set of wrappers to see.  It might have also been that when I saw the 3 Musketeers 2-to-Go size, it looked wildly odd at double-length.

Whatever it was to finally grab my attention, I figured I should get them and spent the last few weeks doing just that.  Today, I get to share the wrappers with you.

I managed to find nine different variety of Mars brands represented, with a few opting for a 4-to-Go, due to their normal sizes already offering two.  When laid out together, they’re pretty cool to see.  So, let’s get to it: 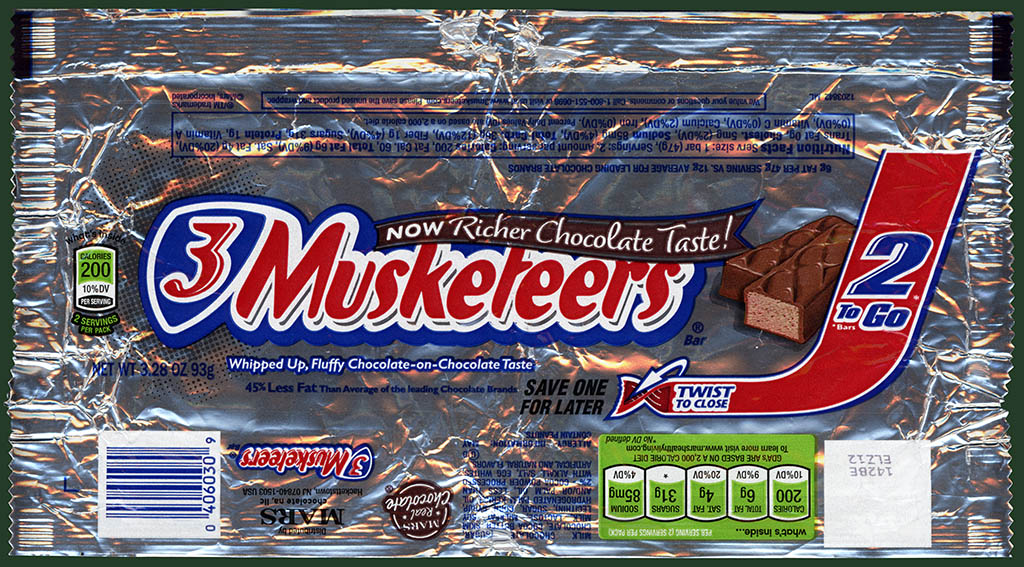 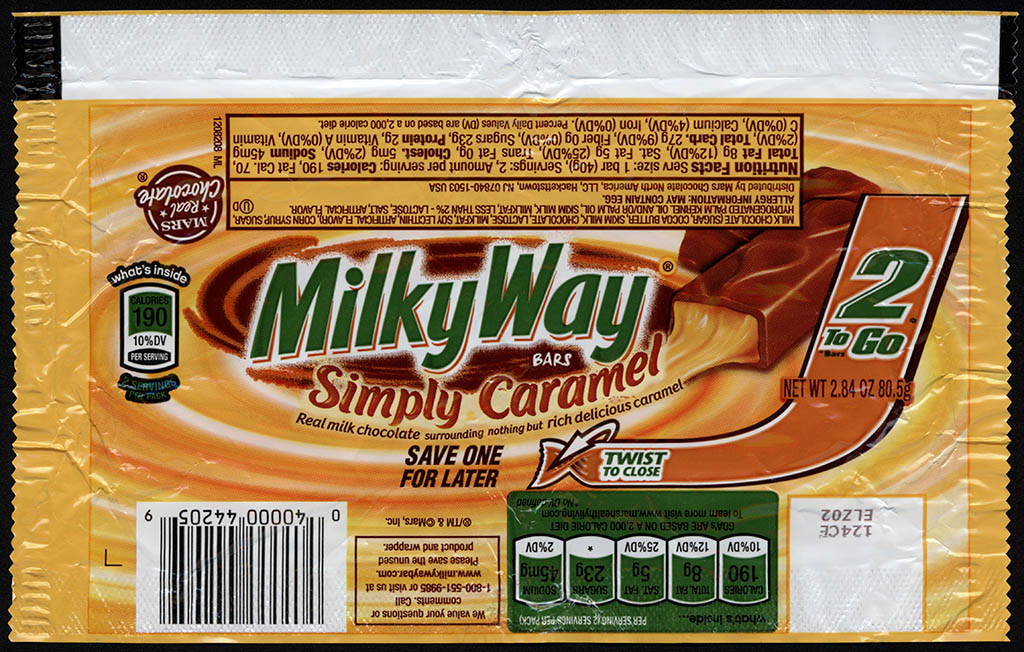 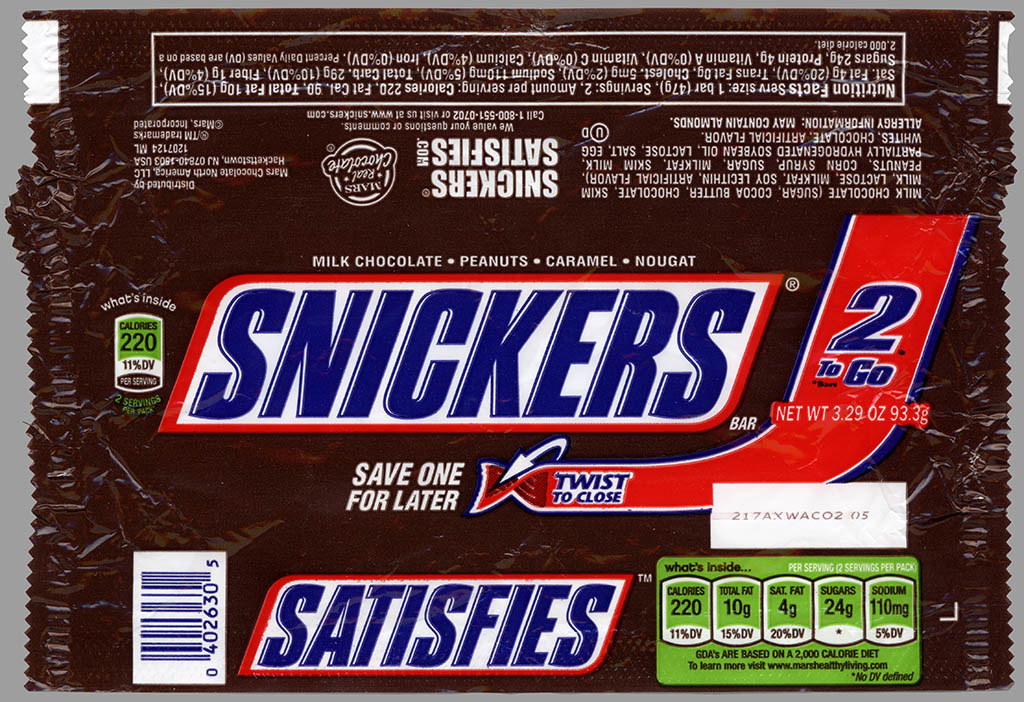 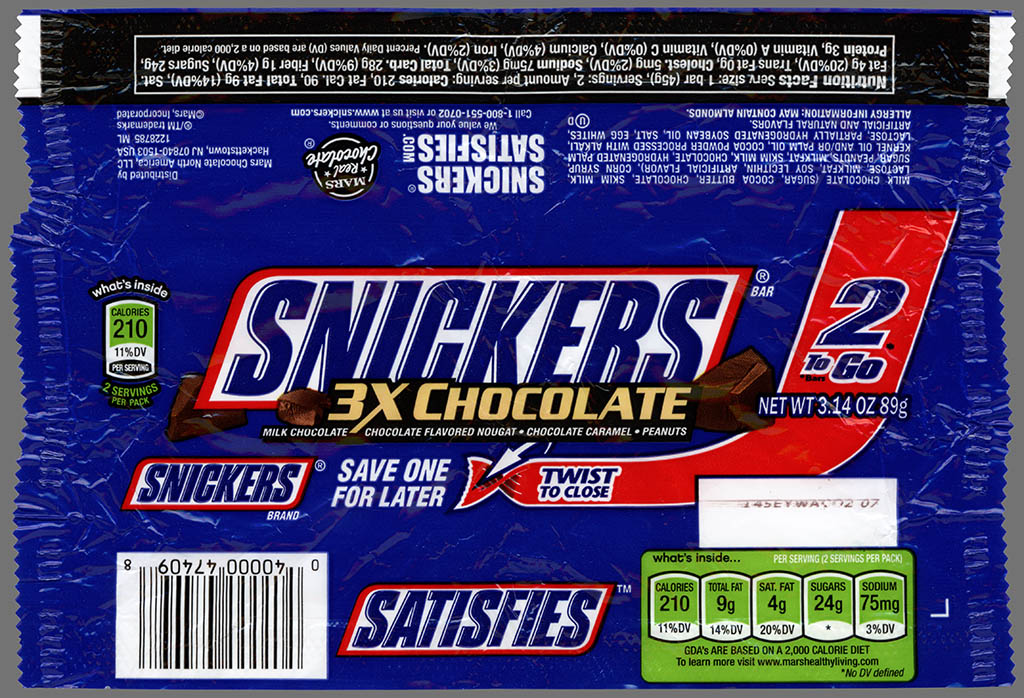 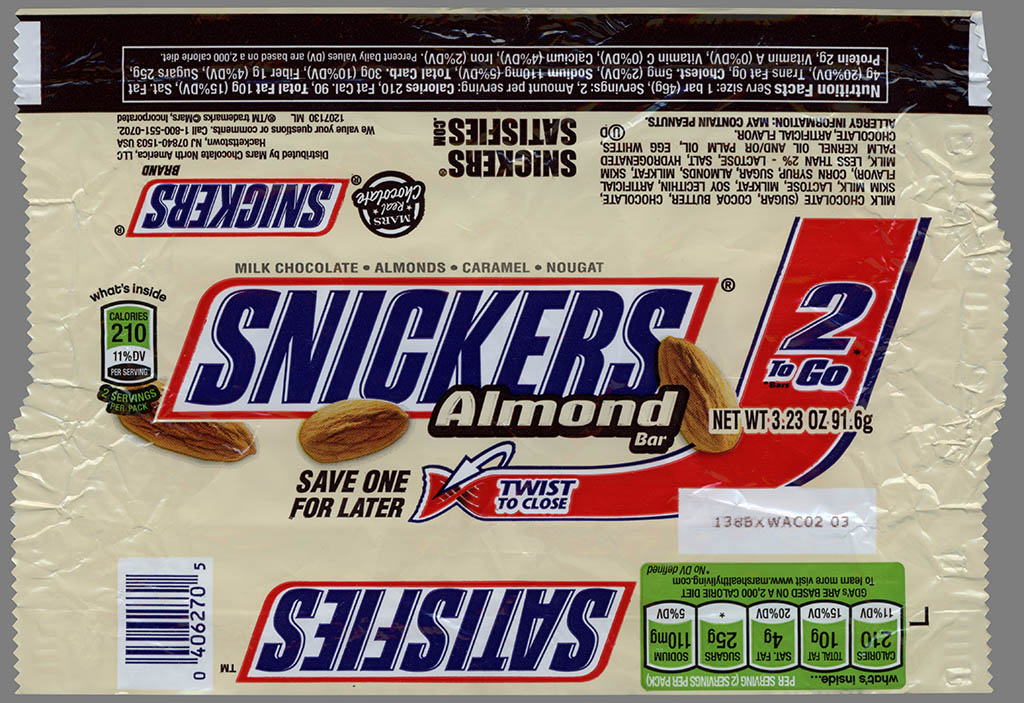 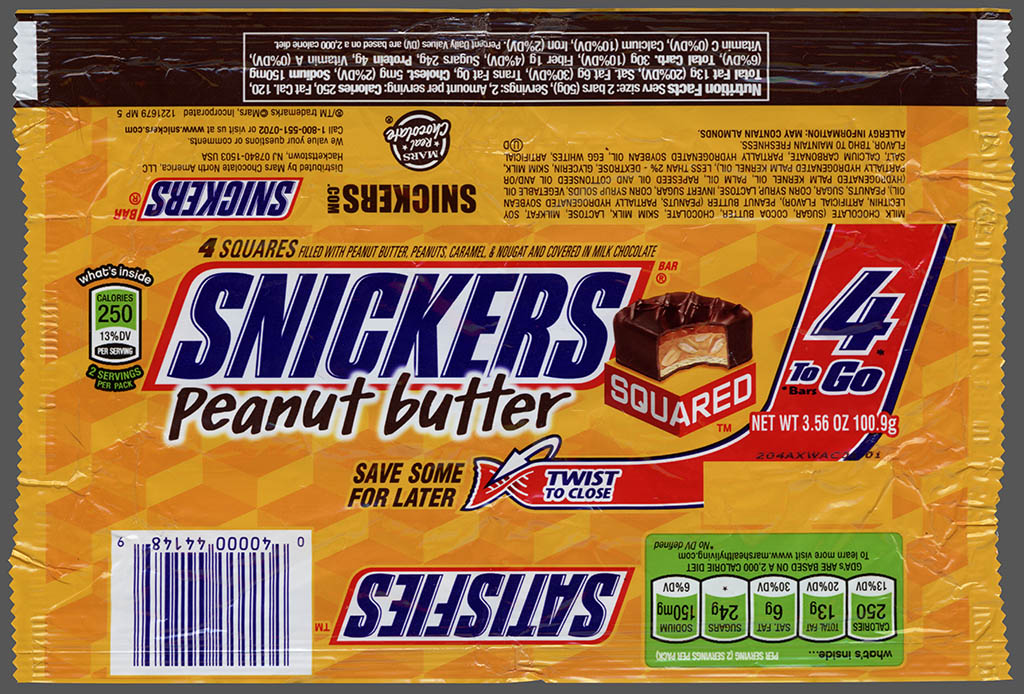 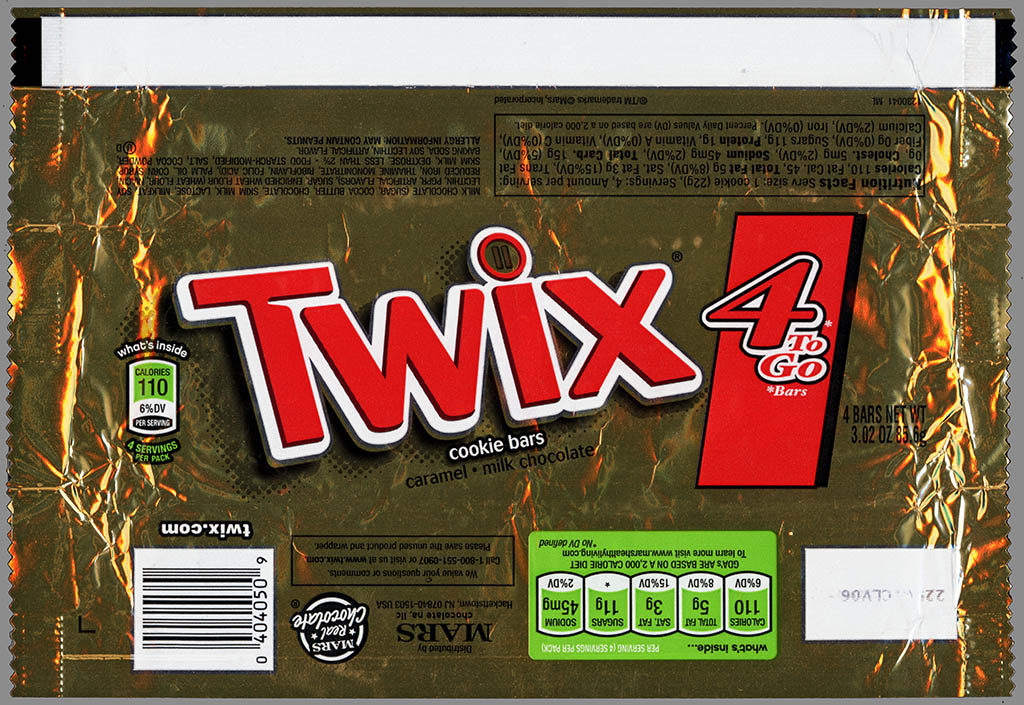 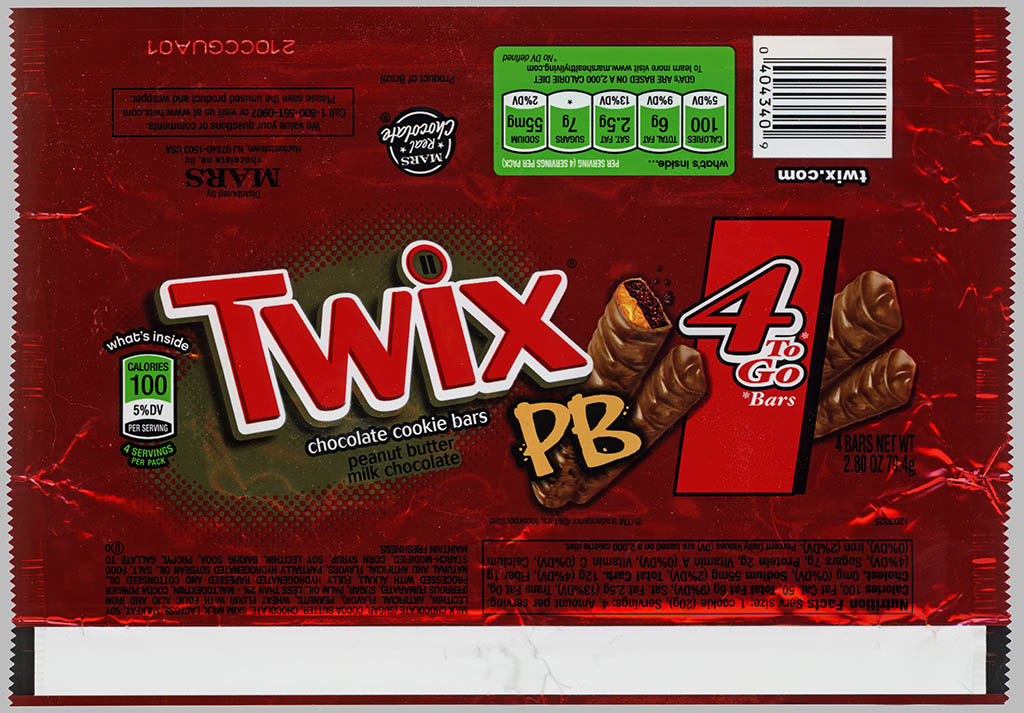 That’s all of ’em, or at least all I’ve come across so far.   If someone out there spots one I missed, drop me a line and let me know.

A New York City based writer, editor and sometimes actor. After spending much of the 1990′s in the comic book business helping tell the stories of Marvel Comics’ X-Men as series editor, he has since split his time between developing his own entertainment properties while still consulting and working on others. Having been described as “the Indiana Jones of lost and forgotten candy”, Jason is one of the country’s premier candy collectors and historians with his discoveries appearing in countless blogs, magazines, newspaper articles, and books. Always happy to share his knowledge and unique perspectives on this colorful part of our popular culture, Jason has consulted with New York’s Museum of Food and Drink and has also been a featured guest on Food Network’s Heavyweights, France’s M6 Capital, and New York’s TheActionRoom.com. My Google Profile+
View all posts by Jason Liebig →
This entry was posted in Chocolate, Mars and tagged candy collecting, candy collection, candy collector, candy wrapper collection, candy wrapper collector, chocolate, collectible, collecting candy, confectionery, confections, contemporary candy wrappers, M&M-Mars, Mars, packaging, sweets, vintage candy wrapper, wrapper. Bookmark the permalink.