A Weird One for Monday: Cadbury’s Sour Beaner! 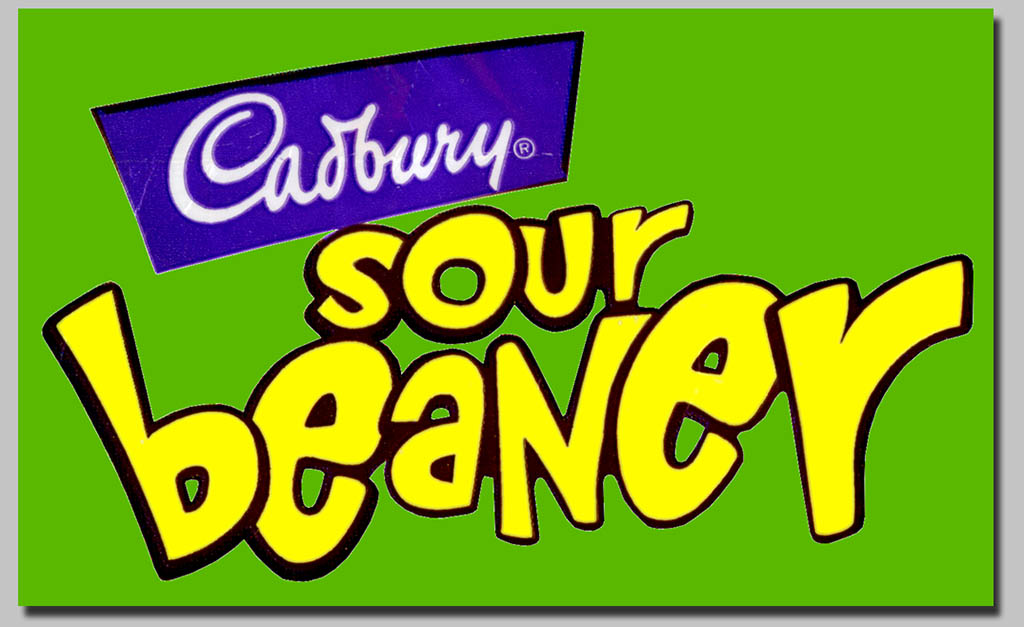 I love tracking down the oddball candy wrapper you can’t see anywhere else and sharing it here on the site.

With that in mind, today is a good day, bcause today I get to share a wrapper for a treat put out in the 1990’s by Cadbury’s Canadian branch — Sour Beaner.   Described as “Sour Jellybeans in Marshmallowy Nougat Covered in a Chocolatey Coating” – it’s pretty weird and pretty awesome.  It’s definitely something to behold.

Today’s wrapper is yet another CollectingCandy.com Exclusive – you won’t find an image of this one anywhere else on the internet (I checked!).  So let’s get right to the fun – here’s the wrapper: 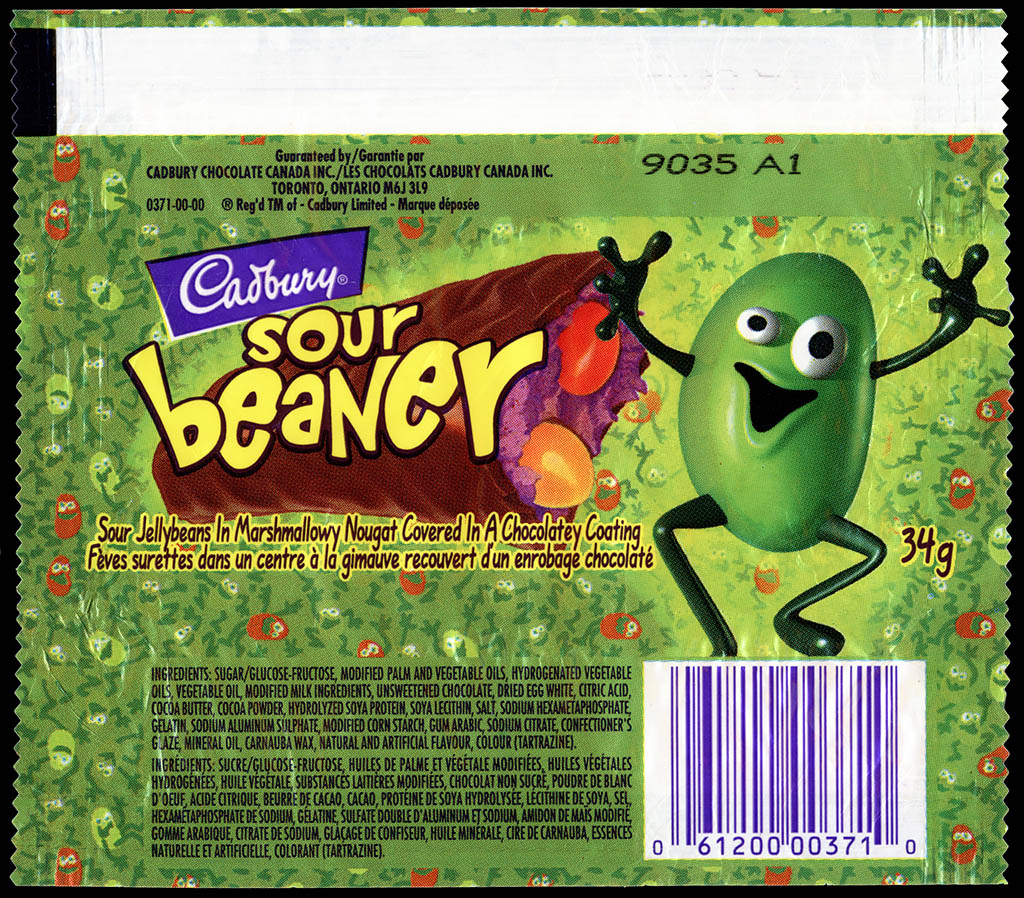 I gotta say, I love this Sour Beaner wrapper.  From the nutty-looking sour jellybean mascot to the lively logo – it’s a great one.  Check out the purple nougat that this bar contained – Cadbury was definitely shooting for the wild/weird-factor here, and they hit it!

Seeing sour jellybeans added to a bar makes me immediately think of Cadbury’s Wriggler, which I covered here earlier.

The 1990’s were definitely an era of fun experimentation for Cadbury, and I give them many kudos for what they managed to put to market.   The period certainly provided a couple wild wrappers to find and collect.

A New York City based writer, editor and sometimes actor. After spending much of the 1990′s in the comic book business helping tell the stories of Marvel Comics’ X-Men as series editor, he has since split his time between developing his own entertainment properties while still consulting and working on others. Having been described as “the Indiana Jones of lost and forgotten candy”, Jason is one of the country’s premier candy collectors and historians with his discoveries appearing in countless blogs, magazines, newspaper articles, and books. Always happy to share his knowledge and unique perspectives on this colorful part of our popular culture, Jason has consulted with New York’s Museum of Food and Drink and has also been a featured guest on Food Network’s Heavyweights, France’s M6 Capital, and New York’s TheActionRoom.com. My Google Profile+
View all posts by Jason Liebig →
This entry was posted in 1990's, Cadbury, Canadian, Novelty and tagged 1990's candy, 90's candy, Cadbury Canada, Cadbury candy, Cadbury wrapper, Canadian candy, candy collecting, candy collection, candy collector, candy wrapper collection, candy wrapper collector, collectible, collecting candy, confectionery, confections, packaging, sweets, vintage candy wrapper, wrapper. Bookmark the permalink.

3 Responses to A Weird One for Monday: Cadbury’s Sour Beaner!