Unless you’ve been living under a pop-culture rock, you are probably aware that Marvel Comics’ much-anticipated film, The Avengers, premieres today.  I won’t be seeing it today, but I’ll likely take in the flick before the end of the weekend.

As a former Marvel Comics editor, I feel it’s appropriate to acknowledge this occasion with a related post.  And it just so happens that there have been a few pieces of Avengers-related candy to collect, over the years.

Back in 1993, Warner-Lambert heralded the 30th Anniversary of the Avengers with an on-wrapper tie-in that allowed consumers to mail away for a special edition comic book. [Taking pause for a moment, it’s hard for me to believe that we are on the eve of the 50th Anniversary of this super-hero team, but when I look at the calendar, it doesn’t lie.]

The 1993 promotion ran across three brands, Charleston Chew, Sugar Daddy, and Sugar Babies.  Here is an example of the Sugar Daddy wrapper: 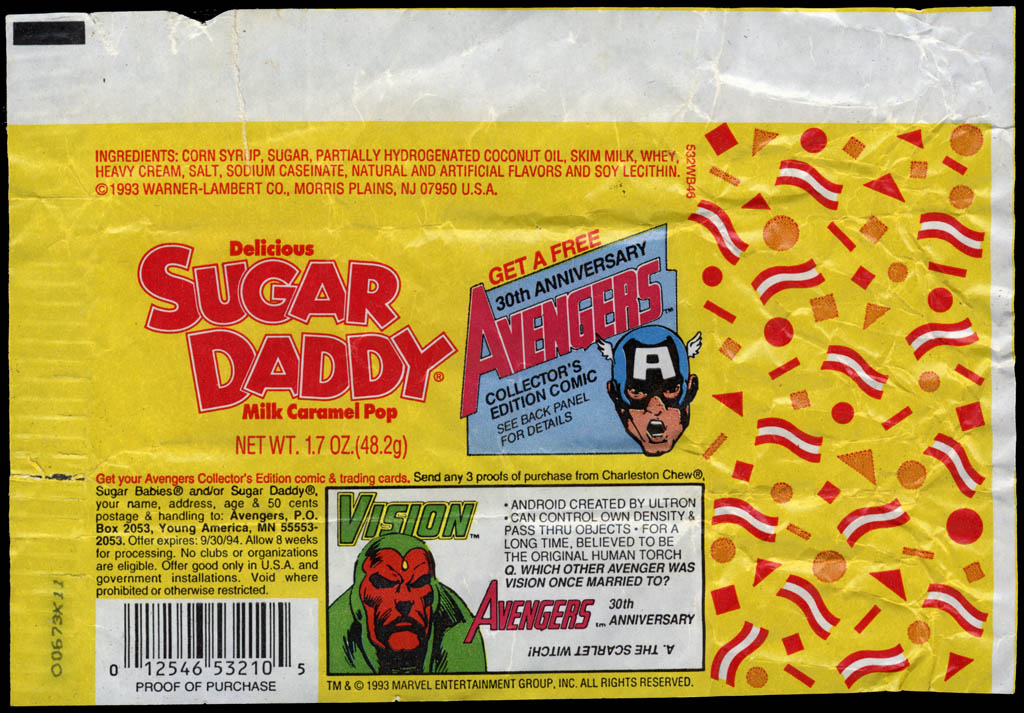 For the 1993 promotion, the wrappers involved would feature one of a variety of Avengers on the back sides of the packages.  For Sugar Babies, I have a number of examples. 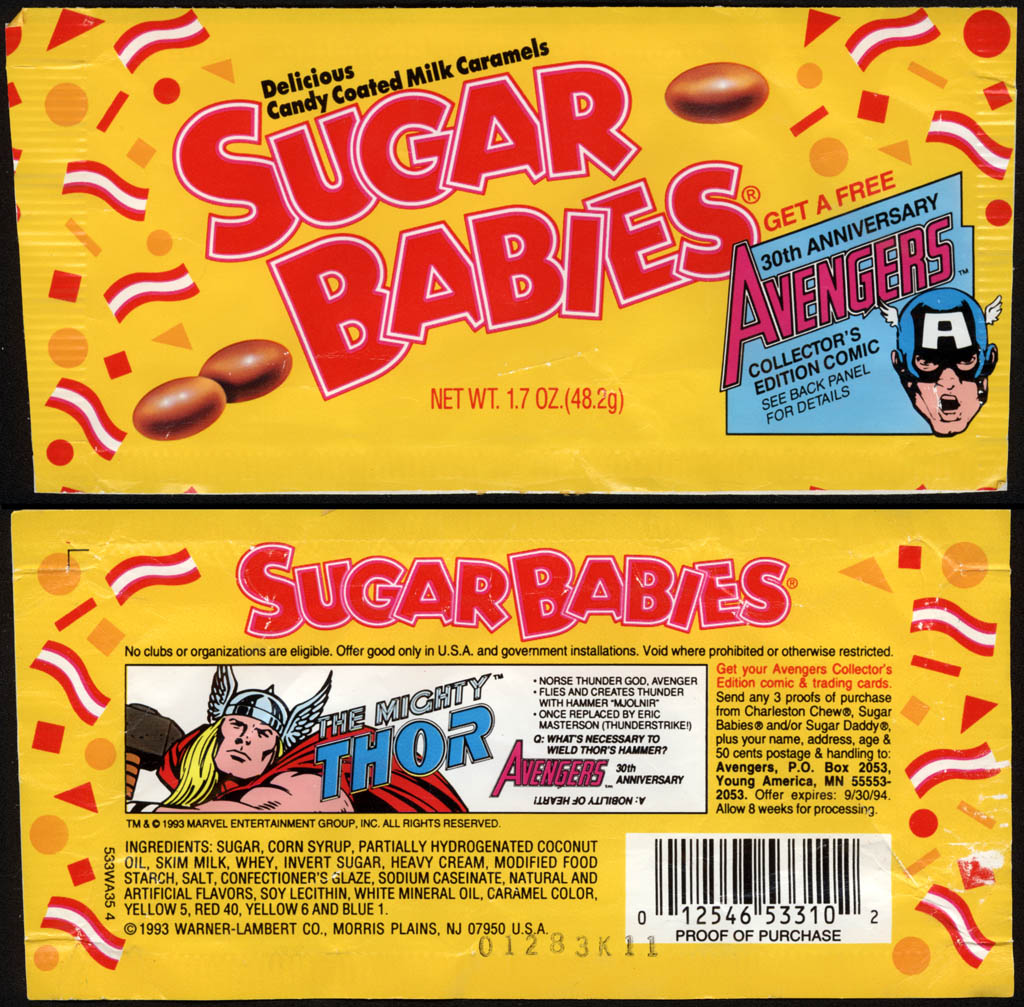 Rather than show you each full wrapper, I isolated the variety of bios from the back sides of the different examples I have.  Here’s the combined graphic: 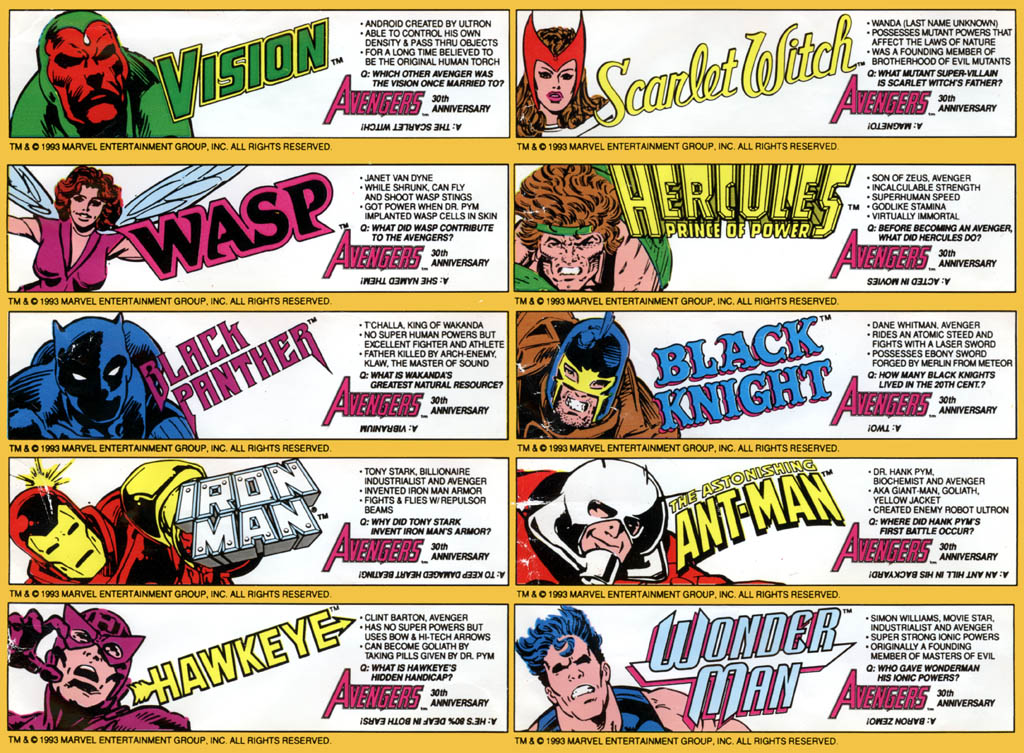 That’s what I’ve got for vintage Avengers-related candy packaging. But that’s not everything I’ve got to share.

Marvel has developed a relationship with Hershey the last few years, so for The Avengers, we are getting a number of candy wrapper tie-ins.  Here are a few of the ones I’ve tracked down thus far: 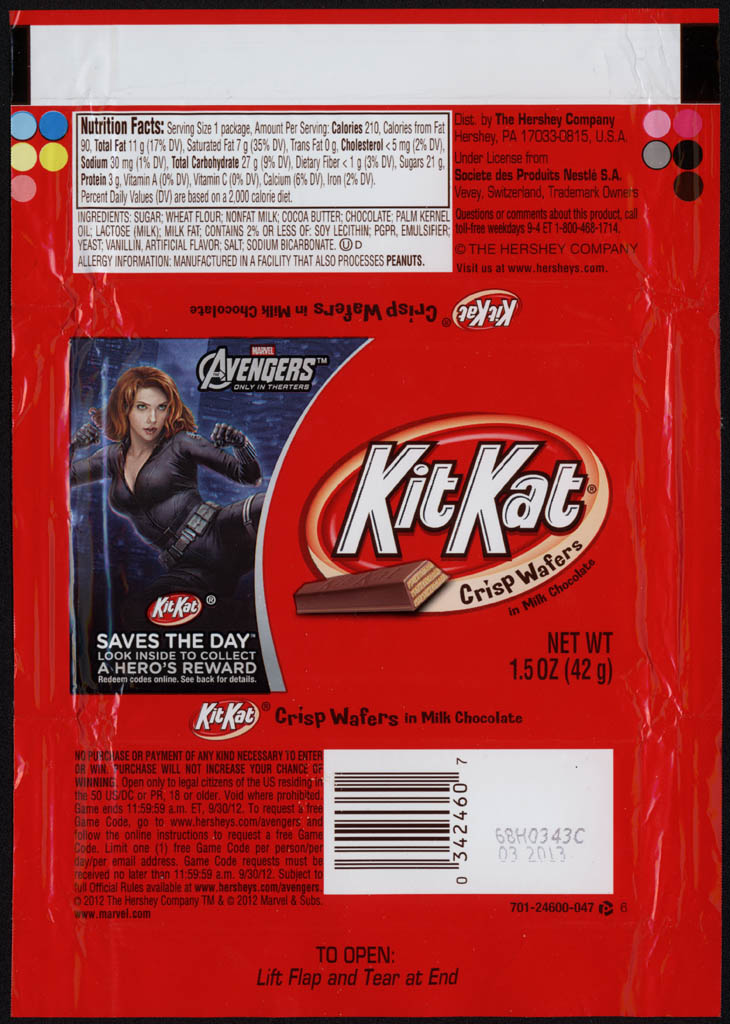 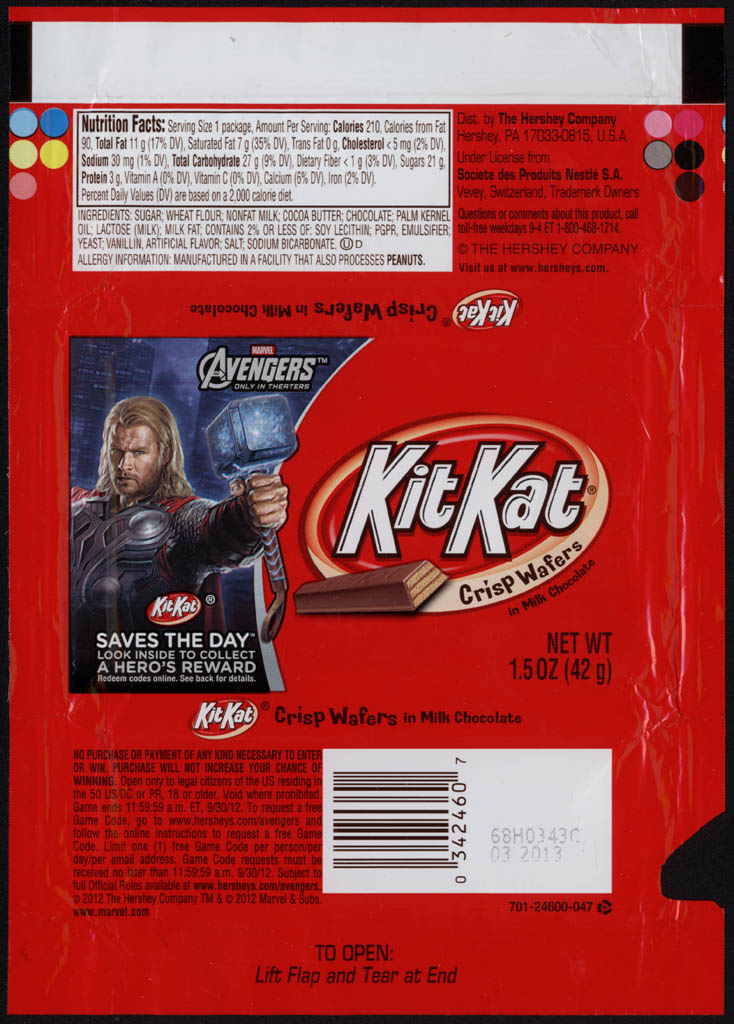 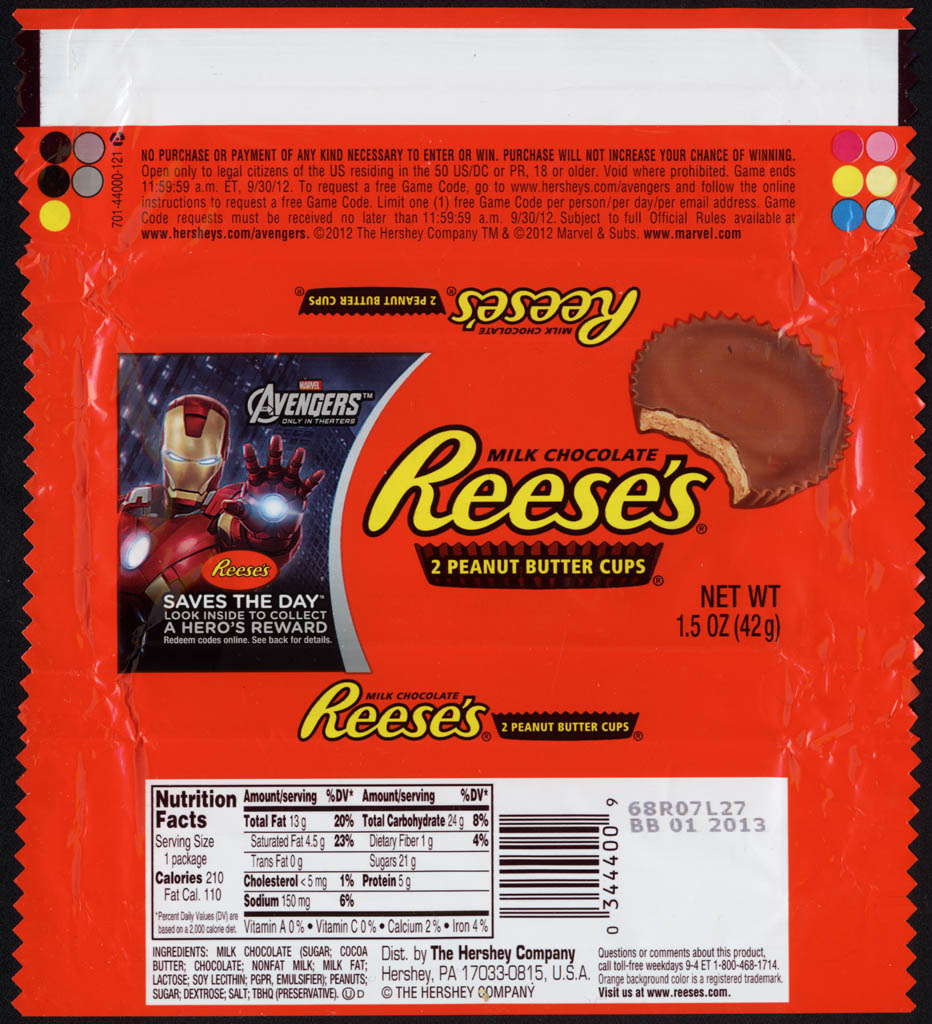 And that’s everything I’ve got so far on the current crop of Avengers-related candy tie-ins.  I’m sure there are more out there, and I’m especially looking forward to finding wrappers or boxes with The Hulk on them.  If you happen to see any that I haven’t caught yet, leave a comment.

See you back here over the weekend, with more candy fun!

A New York City based writer, editor and sometimes actor. After spending much of the 1990′s in the comic book business helping tell the stories of Marvel Comics’ X-Men as series editor, he has since split his time between developing his own entertainment properties while still consulting and working on others. Having been described as “the Indiana Jones of lost and forgotten candy”, Jason is one of the country’s premier candy collectors and historians with his discoveries appearing in countless blogs, magazines, newspaper articles, and books. Always happy to share his knowledge and unique perspectives on this colorful part of our popular culture, Jason has consulted with New York’s Museum of Food and Drink and has also been a featured guest on Food Network’s Heavyweights, France’s M6 Capital, and New York’s TheActionRoom.com. My Google Profile+
View all posts by Jason Liebig →
This entry was posted in 1990's, Hershey, Uncategorized and tagged 1990's, 90's, Avengers, candy, collectible, collection, collector, comics, confection, confectionery, film, licensed, Marvel, Marvel Comics, movie, packaging, retro, superhero, sweets, The Avengers, vintage, wrapper. Bookmark the permalink.