I first became fascinated with 7-Eleven’s private label brand back in 2014 when I noticed they were including well-known confectionery products and logos on some of their 7-Select brand packages.  Since then, I’ve been keen to keep up with all of their private label 7-Select candy offerings and it’s been a fun few years as they’ve continued to release new products pretty regularly.  That certainly goes for their groovy Halloween seasonal offerings, which have evolved each year with new packaging designs.  Make the jump to check them out!

The first year that I picked up any of the 7-Select Halloween offerings, their packaging was no different than the standard, all-year-round 7-Select candies, except that instead of a printed plastic package, the Halloween items came in a clear plastic pack with printed header card. 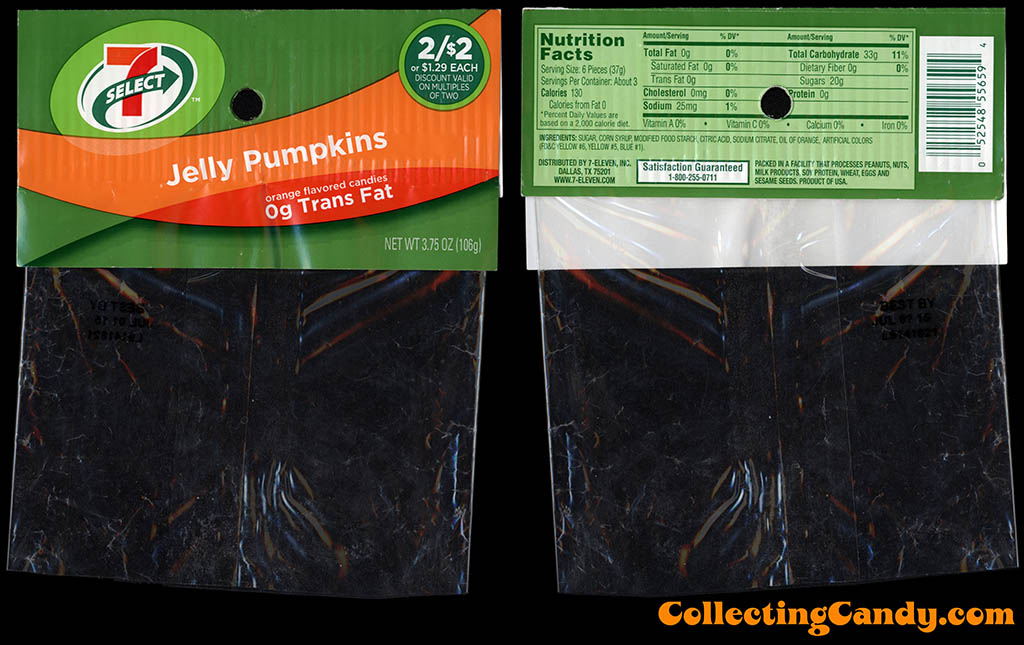 It wasn’t until the following year that 7-Select’s Halloween offerings would get a specially-designed header with vibrant and fluorescent spooky graphics.   I didn’t expect to see them create special designs for the holiday so when I saw them it was a delightful surprise. 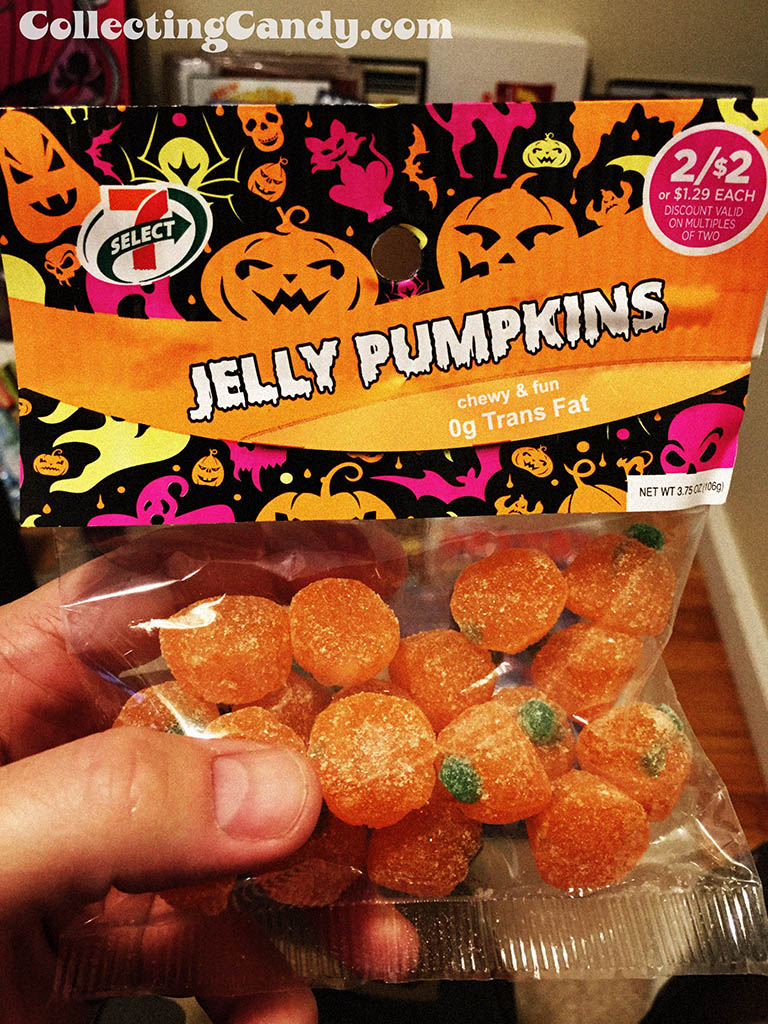 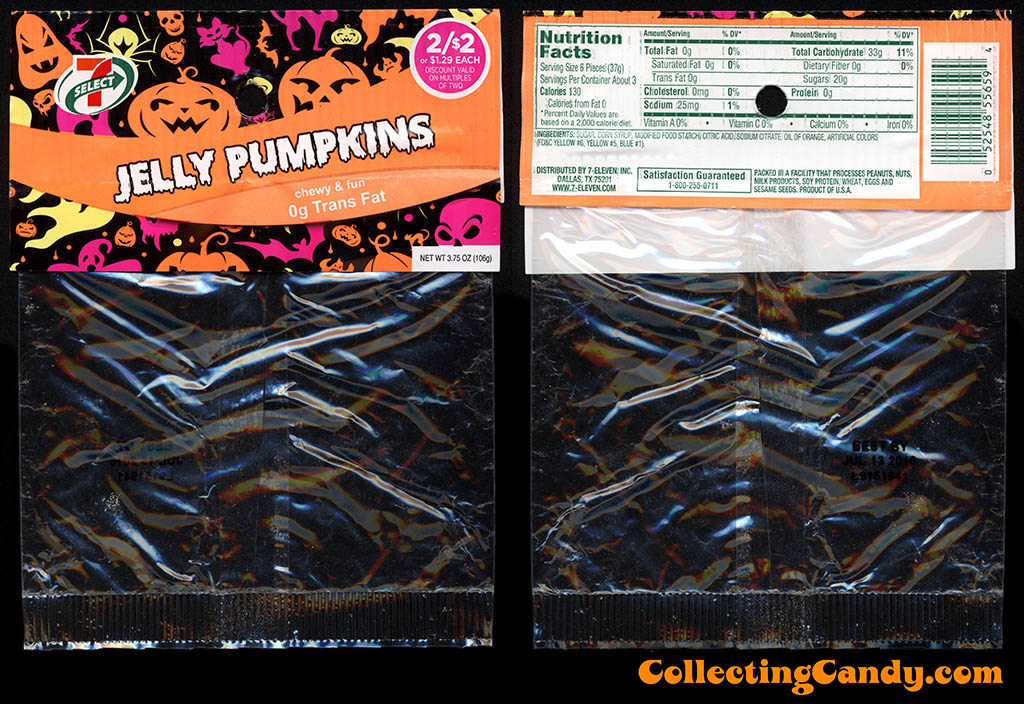 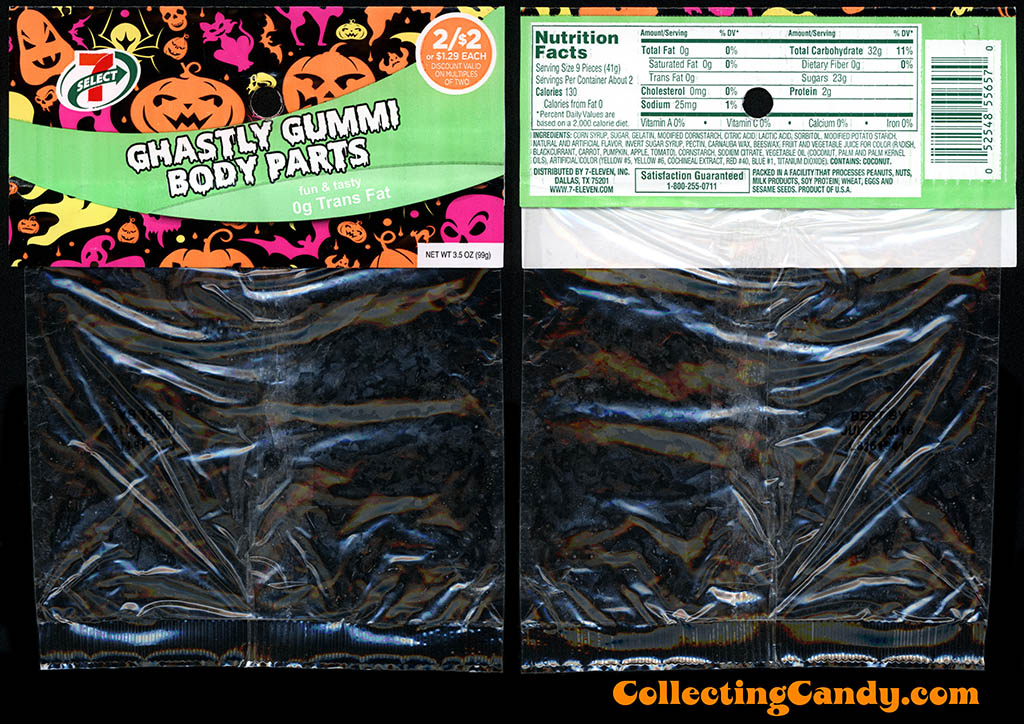 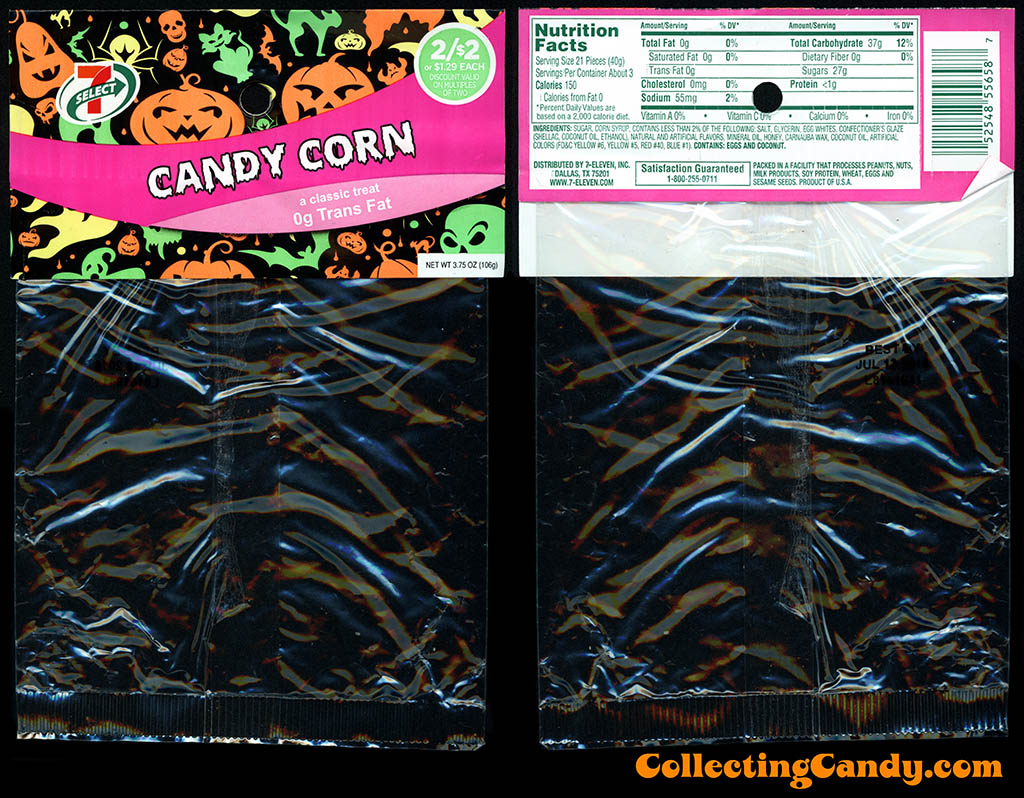 And while I didn’t end up buying them, I did spot these adorable Halloween-themed lollipops at my local 7-Eleven in 2015.  From what I could tell however, these were not a 7-Eleven exclusive offering: 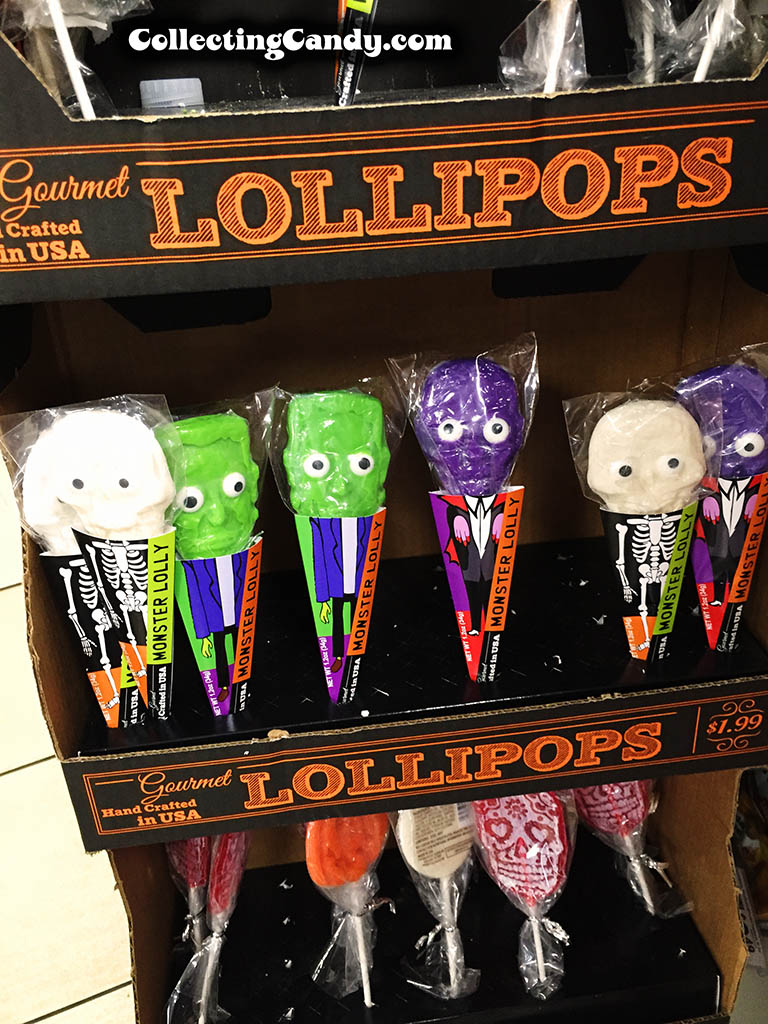 7-Eleven brought their Halloween 7-Select offerings back for 2016 and not content to rest on their 2015 laurels, they created all-new packaging graphics to adorn them with! 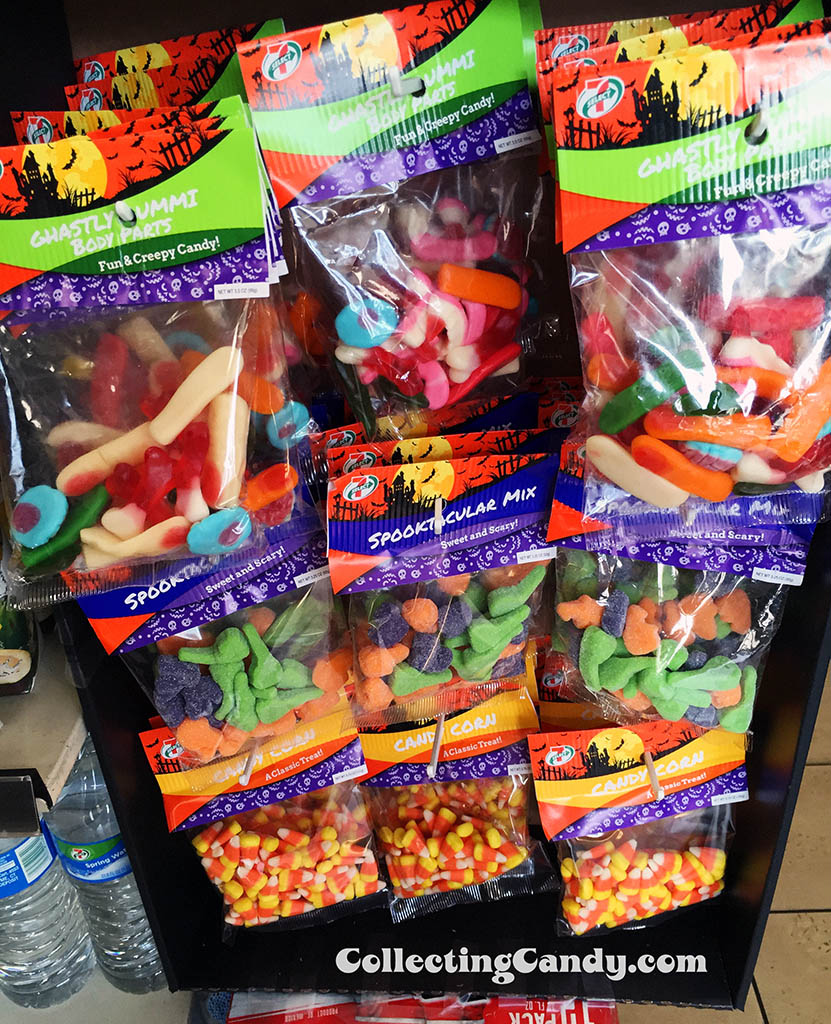 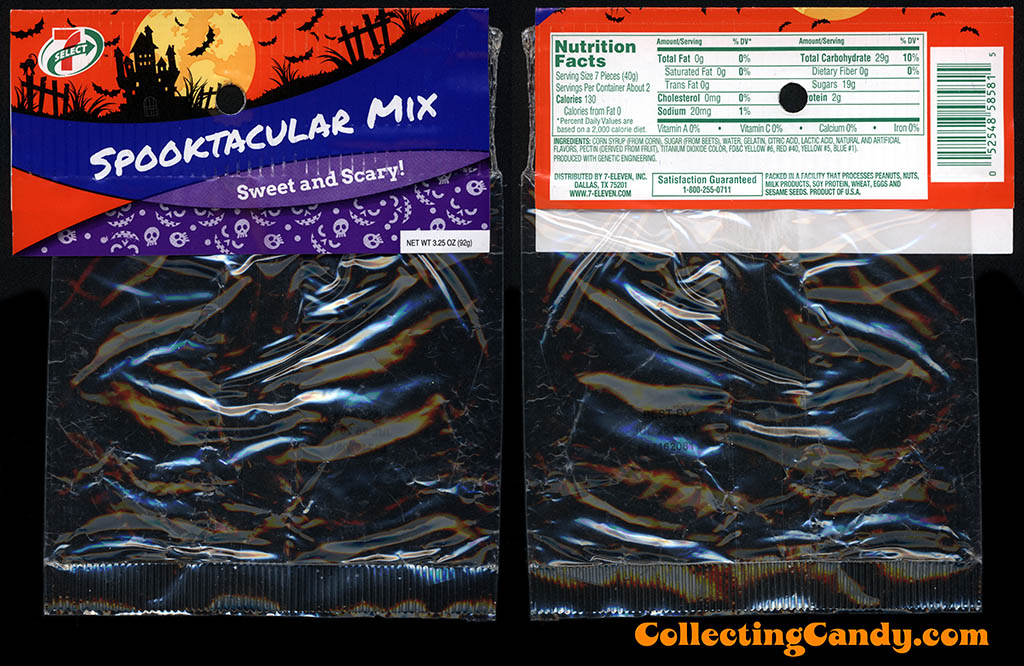 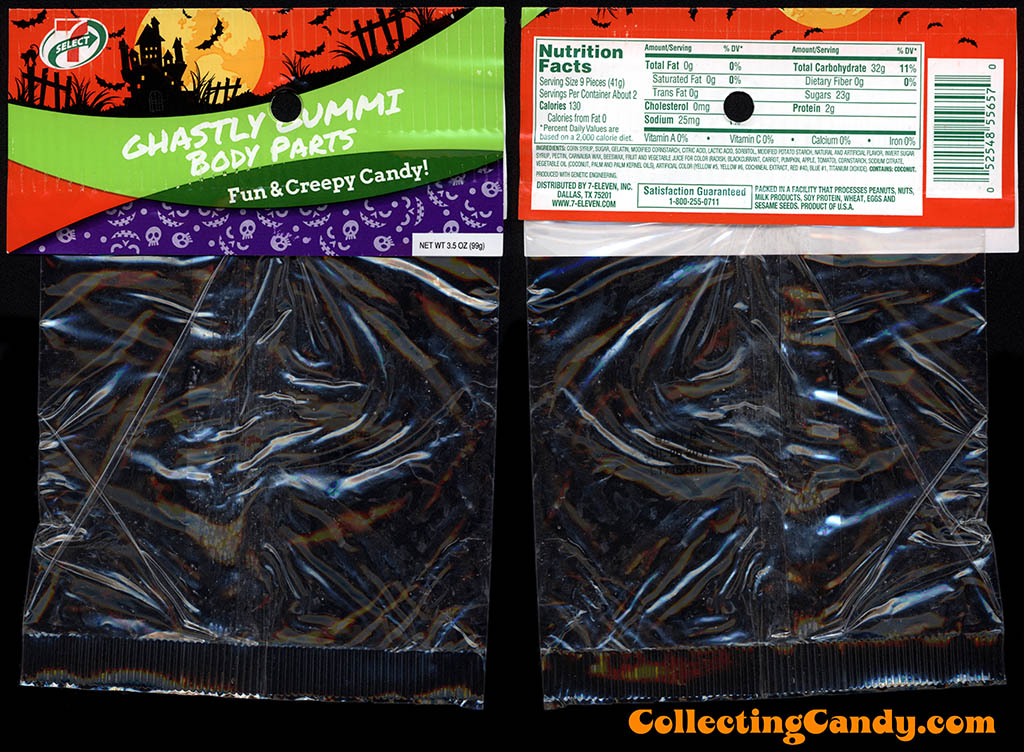 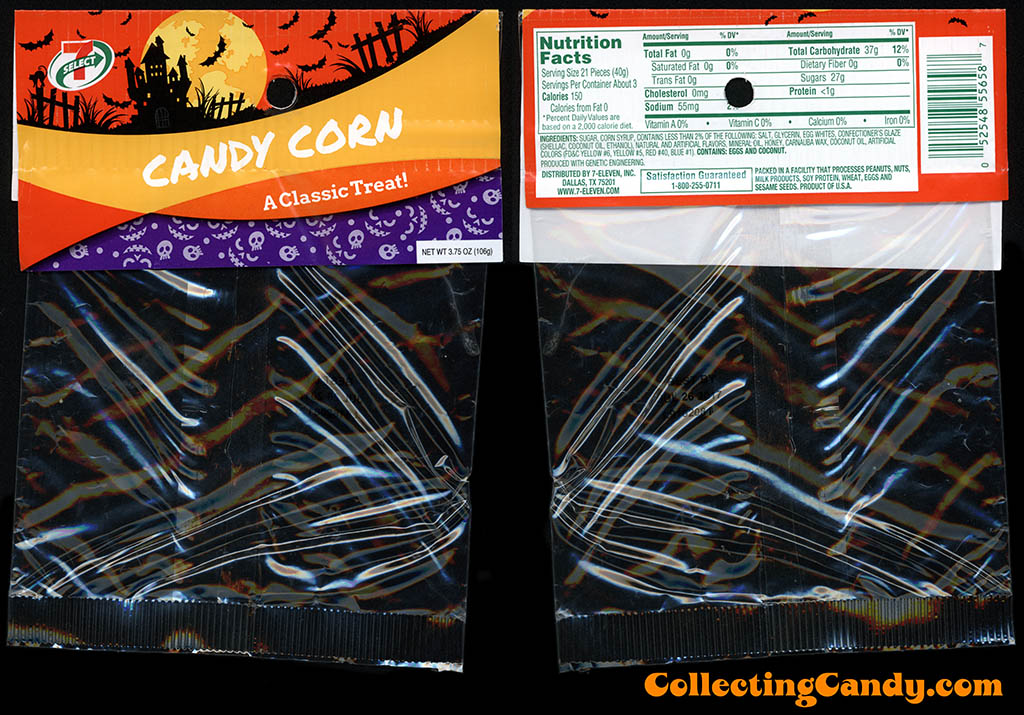 Great stuff all the way around.  But this wasn’t everything that 7-Eleven gave us in the realm of Halloween candy for 2016 because they also had larger bagged offerings, like this one for mellocreme pumpkins. 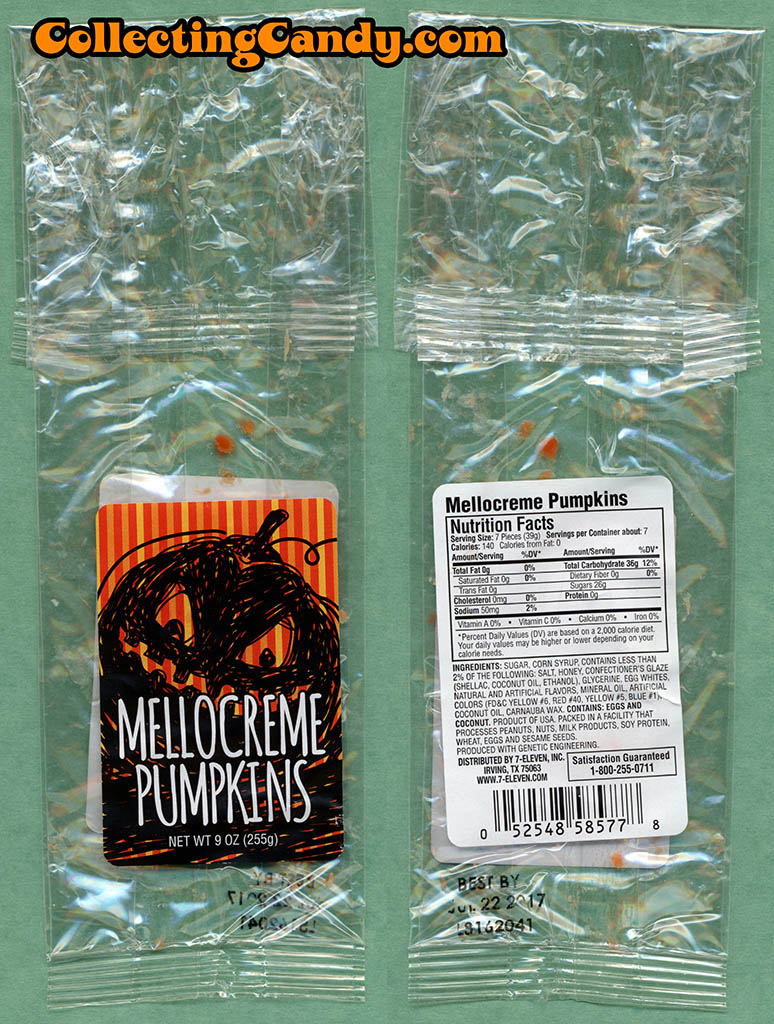 Three years on, 7-Eleven continues to impress me with their private label offerings throughout the year, but especially during the holidays.  It’s all been pretty awesome so far and I cannot wait to see what they do next!

And that’s everything I’ve got to share on 7-Eleven’s Halloween private label evolution.  See you next time! 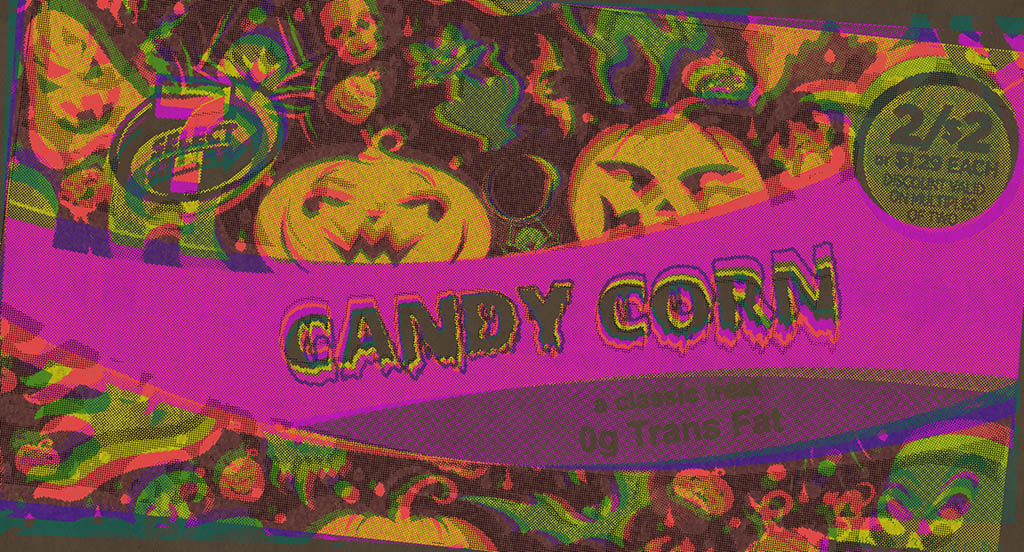 A New York City based writer, editor and sometimes actor. After spending much of the 1990′s in the comic book business helping tell the stories of Marvel Comics’ X-Men as series editor, he has since split his time between developing his own entertainment properties while still consulting and working on others. Having been described as “the Indiana Jones of lost and forgotten candy”, Jason is one of the country’s premier candy collectors and historians with his discoveries appearing in countless blogs, magazines, newspaper articles, and books. Always happy to share his knowledge and unique perspectives on this colorful part of our popular culture, Jason has consulted with New York’s Museum of Food and Drink and has also been a featured guest on Food Network’s Heavyweights, France’s M6 Capital, and New York’s TheActionRoom.com. My Google Profile+
View all posts by Jason Liebig →
This entry was posted in CountdownToHalloween, Gummies, Halloween, Holiday and tagged 7-11, 7-Eleven, candy collecting, candy collection, candy collector, candy wrapper collection, candy wrapper collector, collectible, collecting candy, confectionery, confections, Halloween, Halloween candy, packaging, packaging design, private label, pumpkin, Seven Eleven, sweets, vintage candy wrappers, wrapper. Bookmark the permalink.