For today’s post in our month-long CountdownToHalloween, I thought I’d pull a few of my more monsterrific bubblegum vending machine insert cards to showcase.  At least one of them might come off a bit more silly than spooky, but I still think they’re appropriate for a Halloween post.  So make the jump and get an eyeful of this fun trio of spooky vintage bubblegum vending insert cards from the 60’s and 70’s!

In previous posts on this very site, I’ve touched upon the fun world of confectionery vending machine insert cards:  An early general post on them, my collection of vintage Just Born vending insert cards, as well as a colorful assortment of Leaf promotional photos that each featured their own vending insert cards.

The trio I’ll be showing today are also from the Leaf company, which isn’t a surprise as during the 1960’s and 1970’s, Leaf practically owned the bubblegum vending trade.  Here they are: 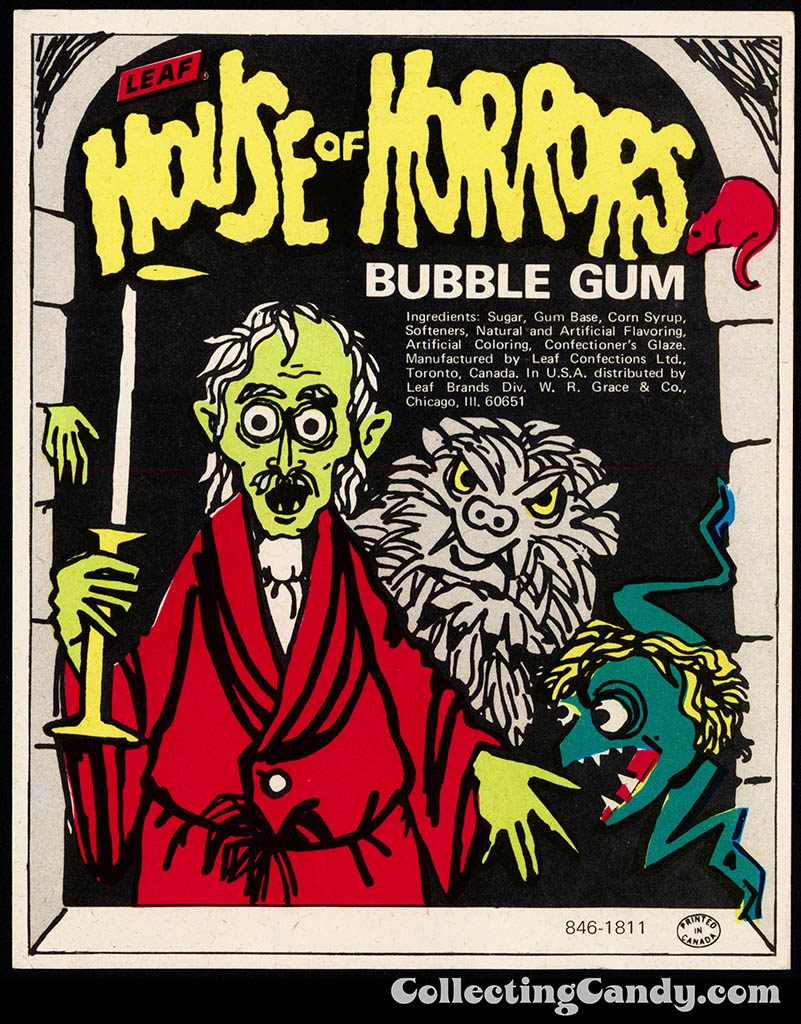 Doesn’t that House of Horrors guy have a sort of green-skinned Edgar Allan Poe look about him? 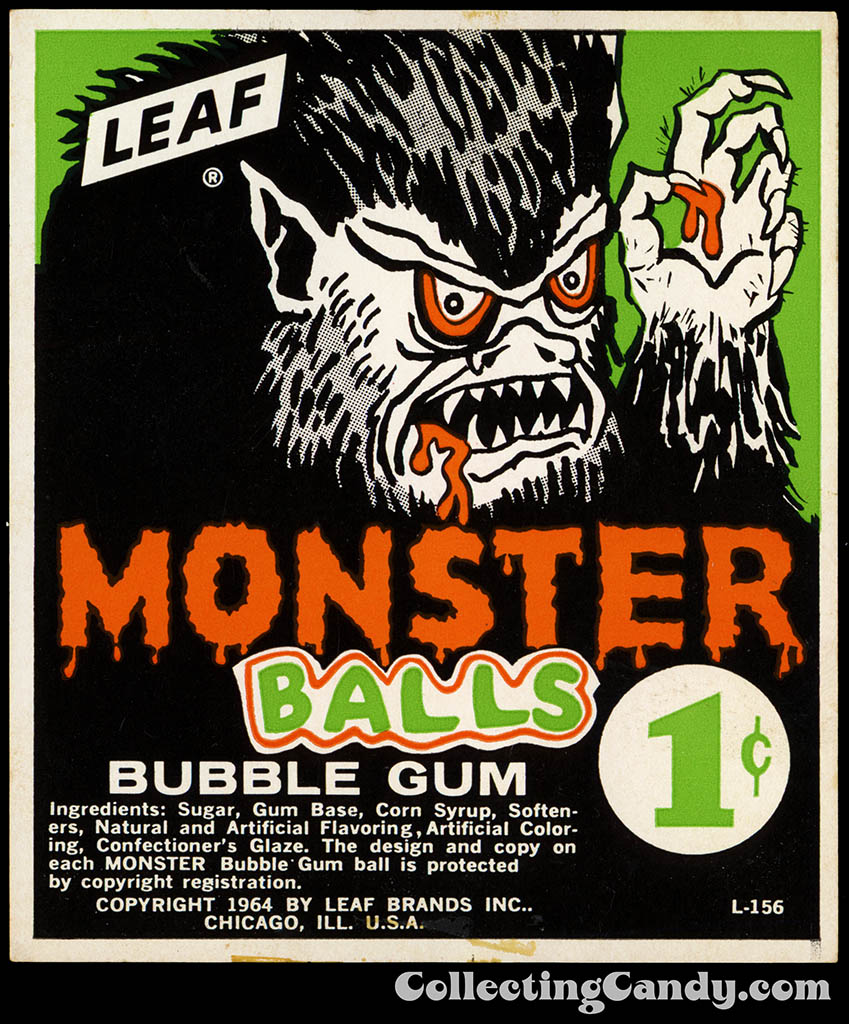 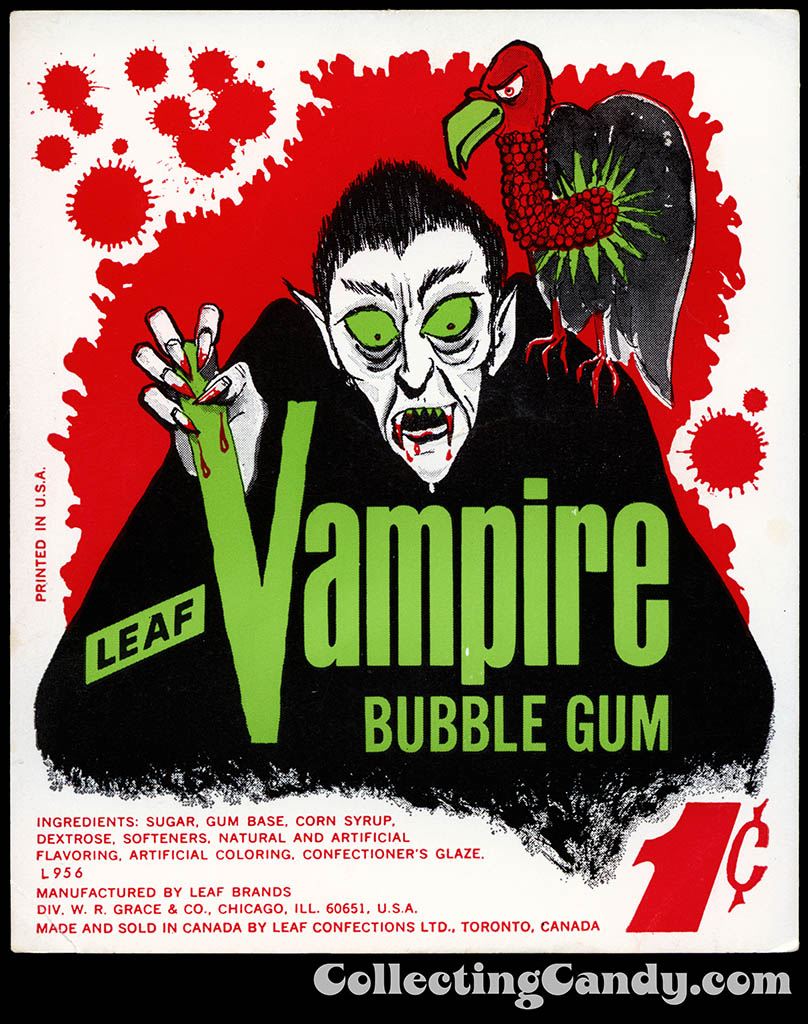 I think all three of those are pretty darned cool.  I really dig vintage vending machine insert cards with the monster-themed examples being especially appealing to my tastes.

And that’s everything for today’s entry in our CountdownToHalloween.  See you next time!

A New York City based writer, editor and sometimes actor. After spending much of the 1990′s in the comic book business helping tell the stories of Marvel Comics’ X-Men as series editor, he has since split his time between developing his own entertainment properties while still consulting and working on others. Having been described as “the Indiana Jones of lost and forgotten candy”, Jason is one of the country’s premier candy collectors and historians with his discoveries appearing in countless blogs, magazines, newspaper articles, and books. Always happy to share his knowledge and unique perspectives on this colorful part of our popular culture, Jason has consulted with New York’s Museum of Food and Drink and has also been a featured guest on Food Network’s Heavyweights, France’s M6 Capital, and New York’s TheActionRoom.com. My Google Profile+
View all posts by Jason Liebig →
This entry was posted in 1960's, 1970's, Bubble Gum, CountdownToHalloween, Gum, Halloween and tagged 1960's, 1970's, candy collecting, candy collection, candy collector, candy machine, candy wrapper collection, candy wrapper collector, collectible, collecting candy, confectionery, confections, Dracula, gumball machine, monsters, packaging, sweets, vampire, vending, vending machine, vintage candy wrapper, wrapper. Bookmark the permalink.