One of the many new confectionery products to arrive for the Halloween season this year is a variation on a beloved classic.  But what’s most surprising about this one is that it’s never been done before – because I’d just assumed that these would have been a thing in previous years – but apparently not.  So let’s take a look at this surprising new release for 2014 – Reese’s Pumpkins in white chocolate!

Reese’s Pumpkins, like their other seasonal family members Reese’s Eggs and Reese’s Trees, are a holiday classic – but unlike those other two which have seen white chocolate variants sold in previous years, I believe Reese’s Pumpkins have never been produced in a non-milk chocolate variety before.

As for the standard Reese’s Pumpkins, I took a look back at them for the countdown last year, which you can check out here. 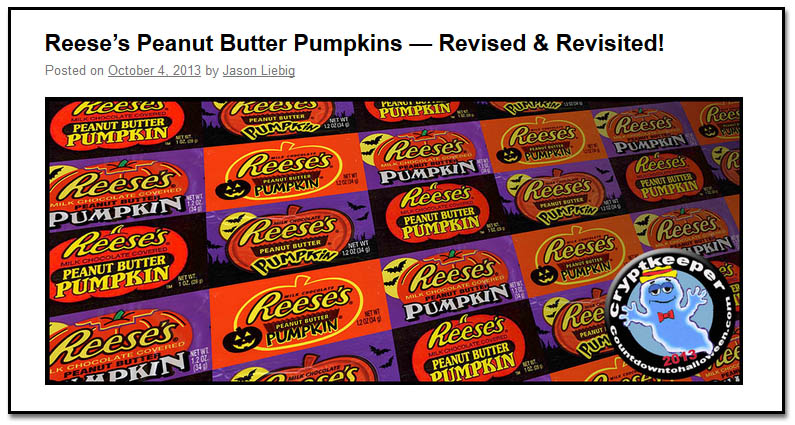 I first noticed the white chocolate Reese’s Pumpkins when I was visiting Target’s Halloween section this year, and by the look of their supporting decoration I believe this could be an exclusive for them. 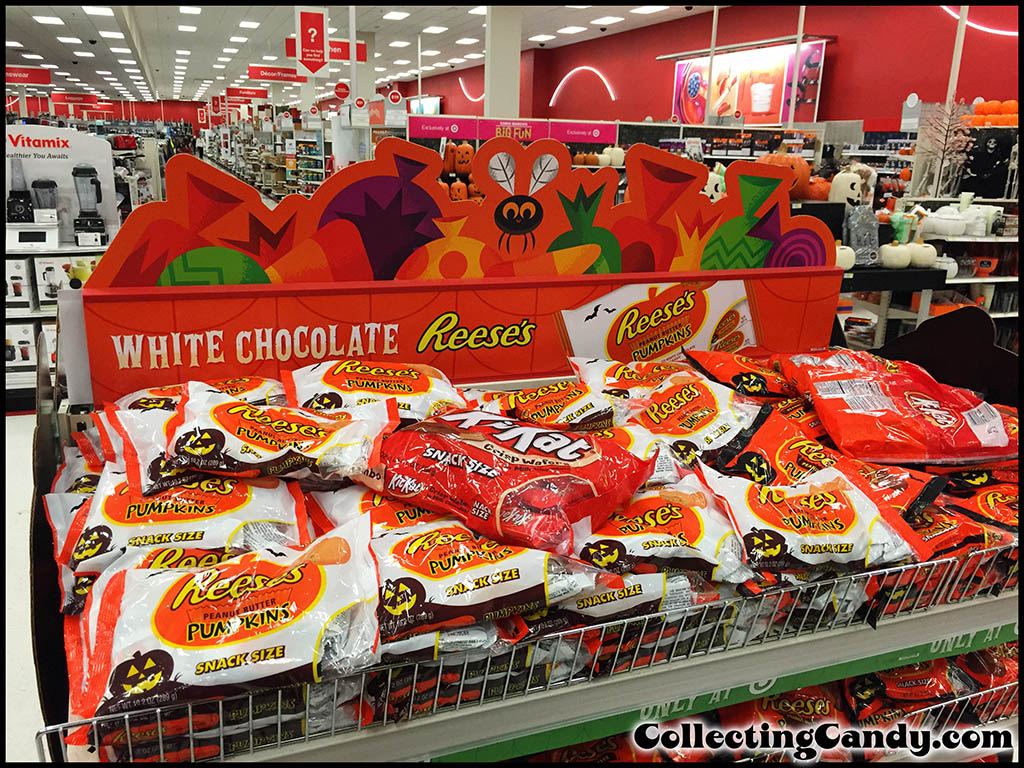 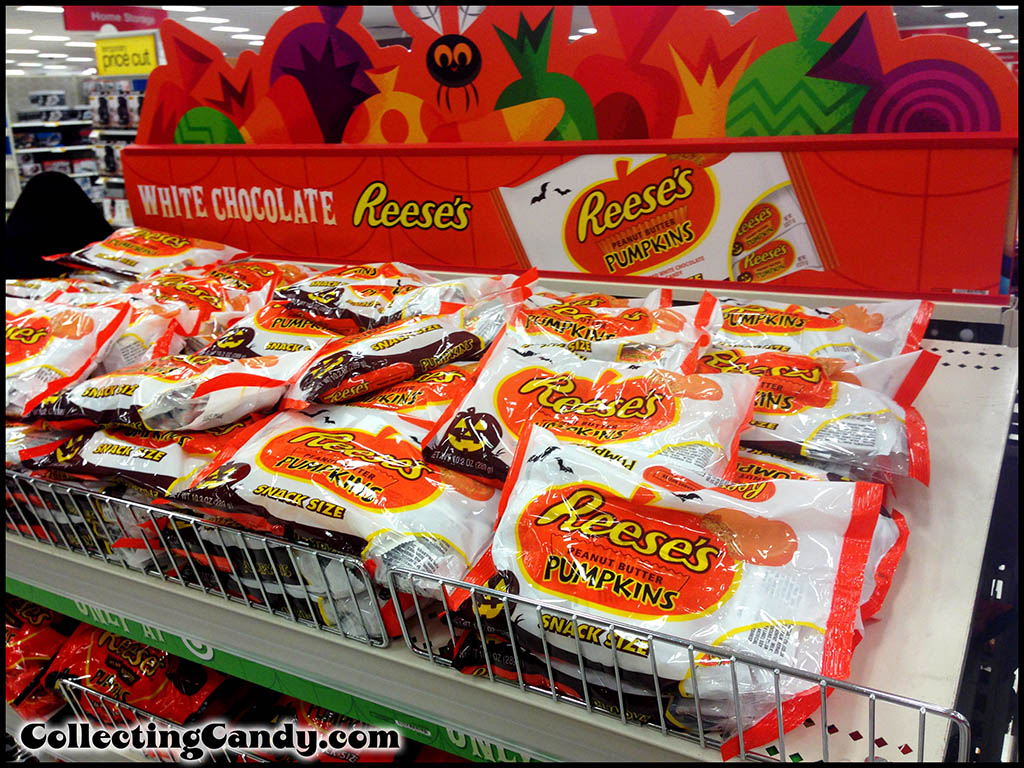 It’s worth noting that unlike Reese’s Eggs and Reese’s Christmas Trees, Reese’s Pumpkins white chocolate has been given an orange color.  Also, Reese’s White Chocolate Pumpkins appear to have only been released as a snack-size variety this year but perhaps if they sell well enough, we’ll see them get a full-size version for 2015.

Now here’s a look at the packaging for this new release. 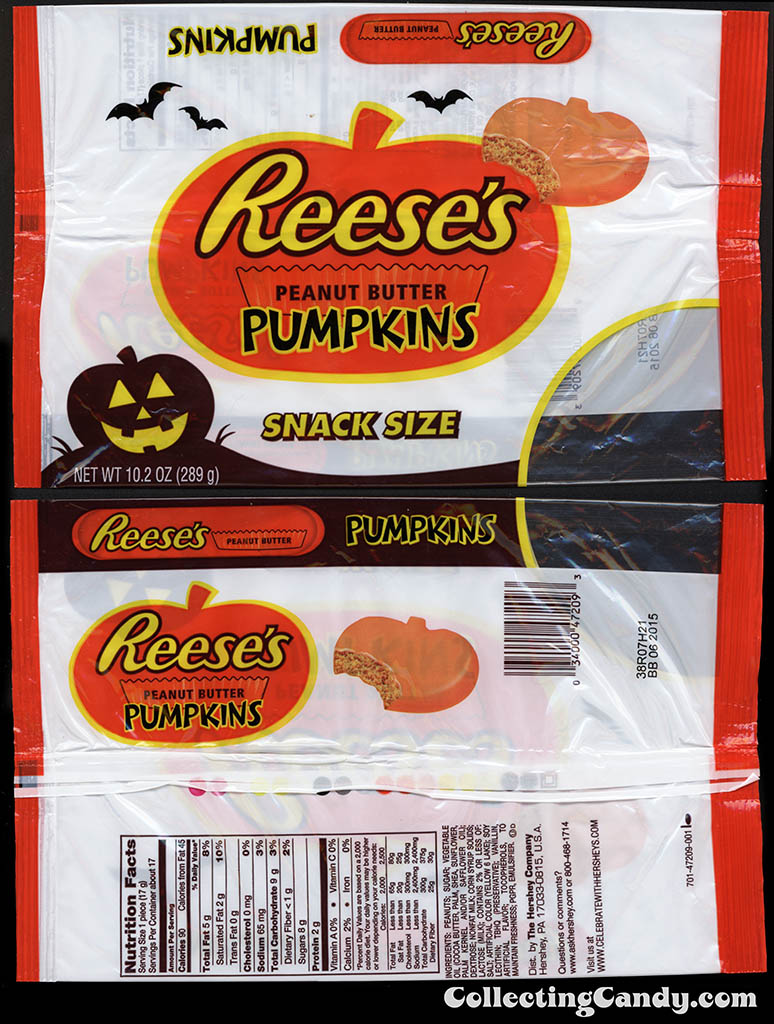 And for comparison, here is the matching milk chocolate version snack size packaging, which I also picked up this year. 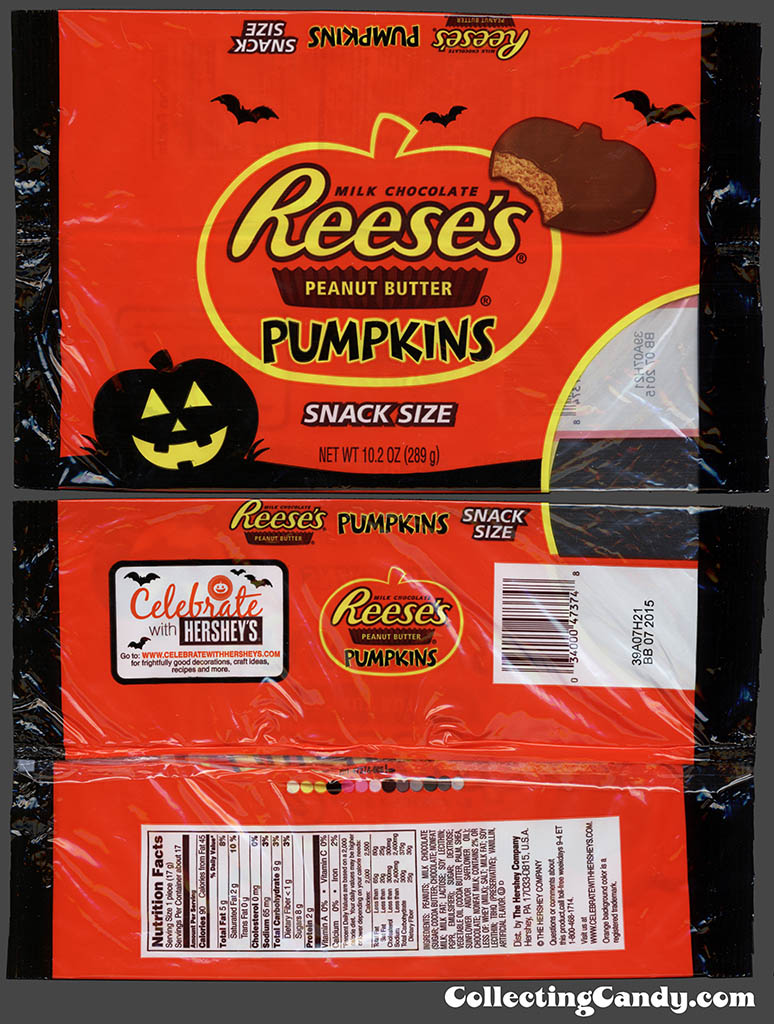 If anyone has found these at a retailer other than Target, let me know – or if anyone remembers a white chocolate pumpkin being released in previous years – I’d love to hear about it.

And that’s everything I’ve got to share on Reese’s White Chocolate Pumpkins today.  See you next time!

A New York City based writer, editor and sometimes actor. After spending much of the 1990′s in the comic book business helping tell the stories of Marvel Comics’ X-Men as series editor, he has since split his time between developing his own entertainment properties while still consulting and working on others. Having been described as “the Indiana Jones of lost and forgotten candy”, Jason is one of the country’s premier candy collectors and historians with his discoveries appearing in countless blogs, magazines, newspaper articles, and books. Always happy to share his knowledge and unique perspectives on this colorful part of our popular culture, Jason has consulted with New York’s Museum of Food and Drink and has also been a featured guest on Food Network’s Heavyweights, France’s M6 Capital, and New York’s TheActionRoom.com. My Google Profile+
View all posts by Jason Liebig →
This entry was posted in Chocolate, CountdownToHalloween, Halloween, Hershey, Holiday, Peanut Butter and tagged candy collecting, candy collection, candy collector, candy wrapper collection, candy wrapper collector, collectible, collecting candy, confectionery, confections, Halloween, Hershey, packaging, packaging design, pumpkins, Reese's, seasonal, sweets, vintage candy wrapper, white chocolate, wrapper. Bookmark the permalink.