For Halloween 2012 Reese’s updated its Reese’s Peanut Butter Pumpkins with a brand new package design — a change that was covered here during last year’s countdown.  Since that time I’ve uncovered a pair of earlier versions which prompted today’s Reese’s re-visitation.

Reese’s Peanut Butter Pumpkins followed in the footsteps of Reese’s successful Peanut Butter Eggs which, as I discovered earlier this year, were created in the late 1960’s.  So it might come as a surprise that it took 25 years after the introduction of Reese’s Eggs for them to branch into a Halloween shape with Reese’s Pumpkins.  But based on the information I was able to find from the United States Trademark Office archives, Reese’s Peanut Butter Pumpkins were first introduced in 1992.  Here’s an image of one of those earliest wrappers: 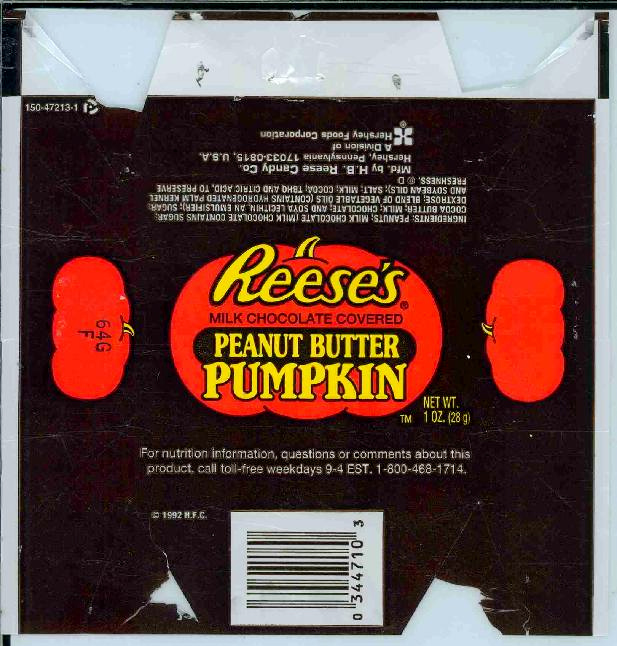 Reese’s Peanut Butter Pumpkins received their first update around 1998 with a color scheme and design they would carry into the millennium.  Recently, I was excited to add one of these wrappers to my collection. Here it is: 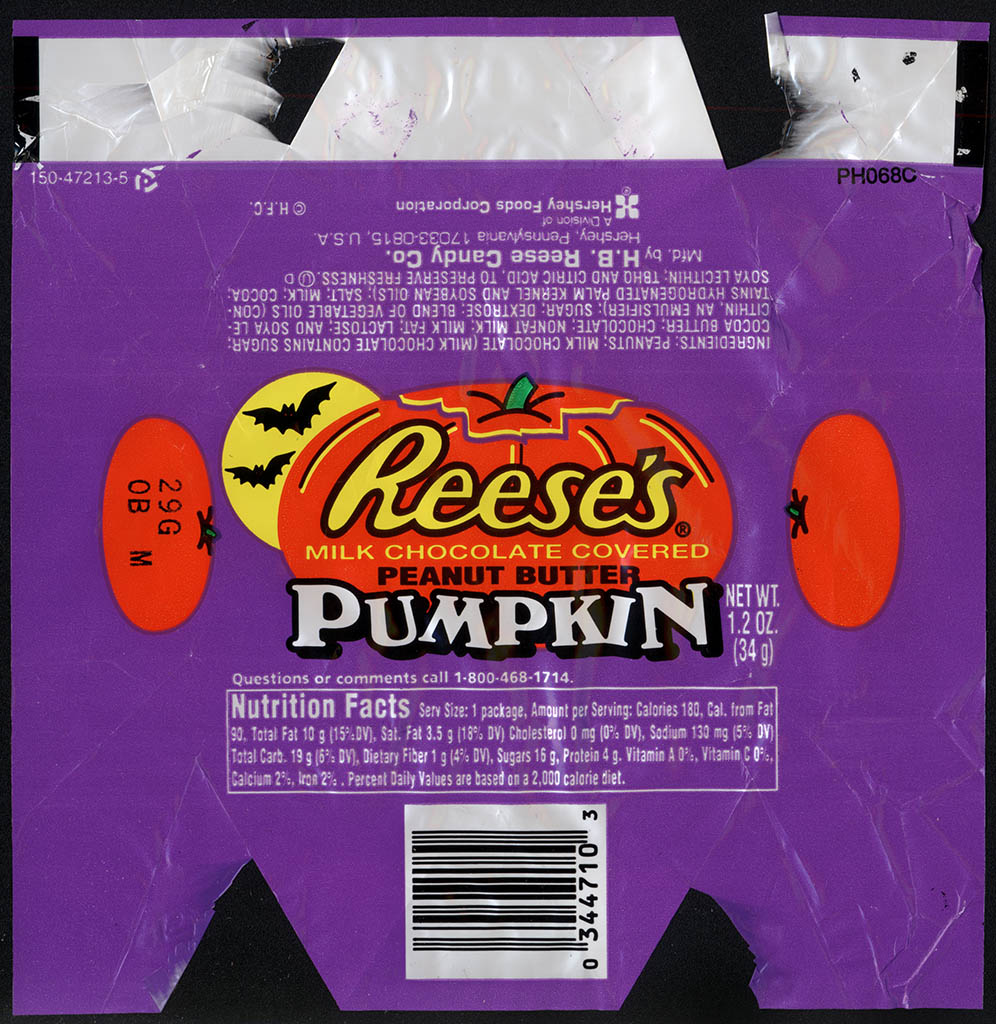 In the mid-2000’s another package refresh occurred, though it largely retained the color scheme of the previous design: 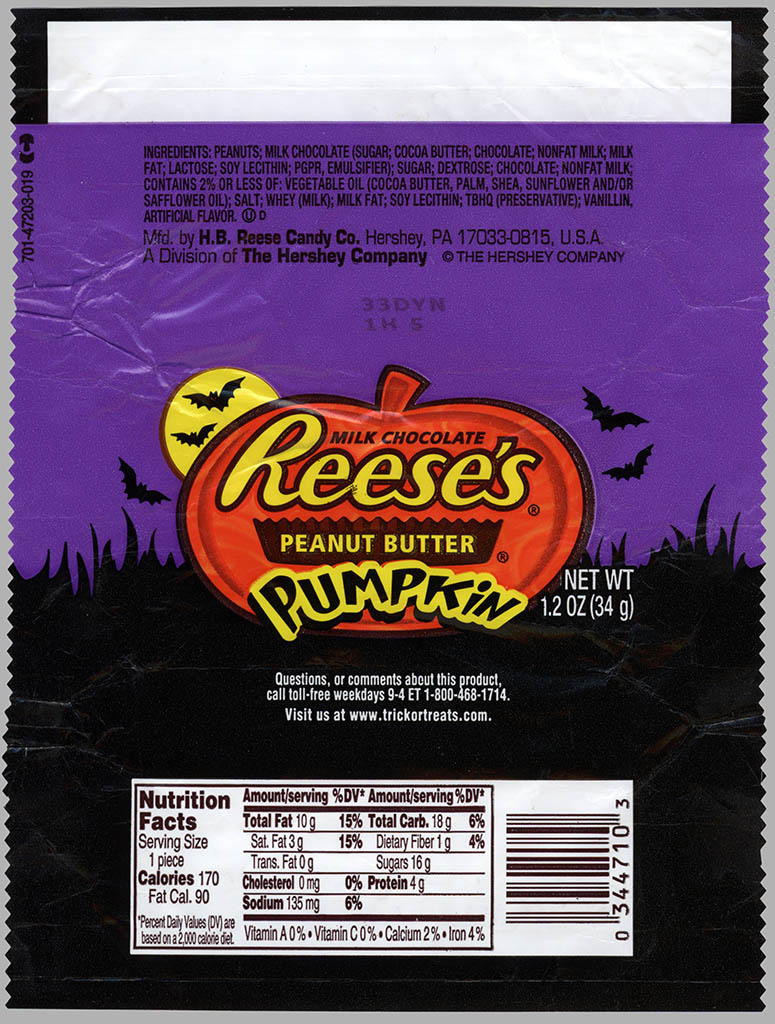 For Halloween 2012, Hershey’s brought the look of Reese’s Pumpkins more inline with the rest of the Reese’s brand color scheme – a change which I covered in detail last year: 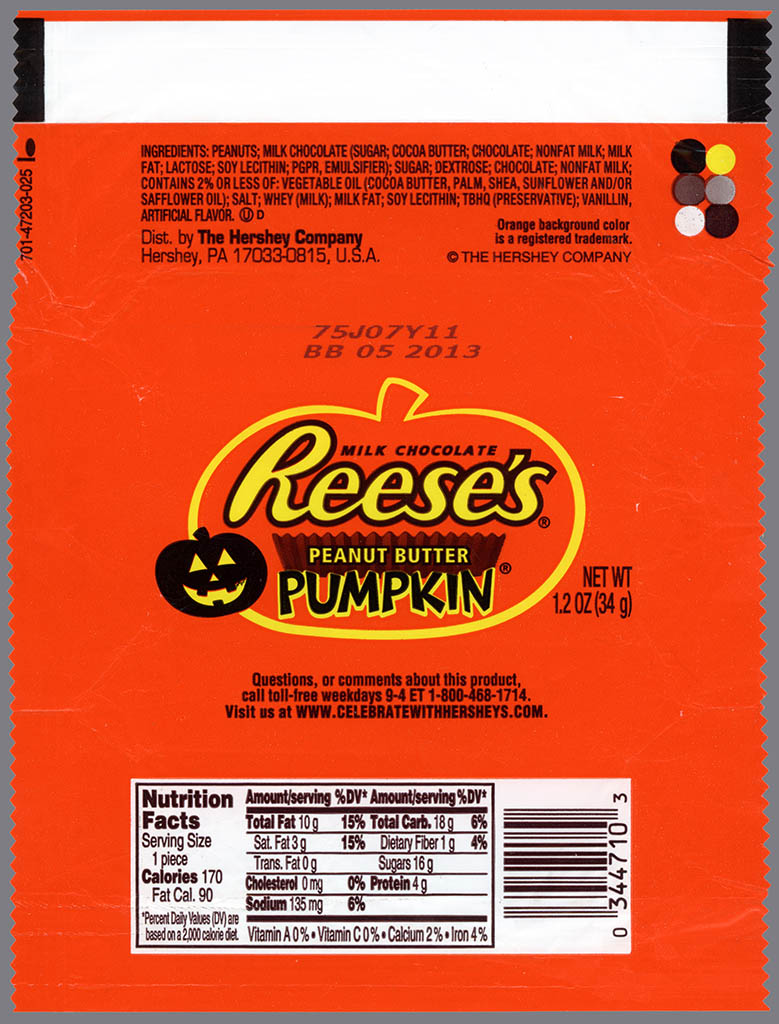 And that brings our Reese’s Pumpkin packaging evolution from 1992 all the way up to 2013.  I love seeing how product packages like this evolve over time so it’s been fun filling in the earlier years for this.  I hope you dig it, too.

And that’s it for today’s entry.  See you next time!

A New York City based writer, editor and sometimes actor. After spending much of the 1990′s in the comic book business helping tell the stories of Marvel Comics’ X-Men as series editor, he has since split his time between developing his own entertainment properties while still consulting and working on others. Having been described as “the Indiana Jones of lost and forgotten candy”, Jason is one of the country’s premier candy collectors and historians with his discoveries appearing in countless blogs, magazines, newspaper articles, and books. Always happy to share his knowledge and unique perspectives on this colorful part of our popular culture, Jason has consulted with New York’s Museum of Food and Drink and has also been a featured guest on Food Network’s Heavyweights, France’s M6 Capital, and New York’s TheActionRoom.com. My Google Profile+
View all posts by Jason Liebig →
This entry was posted in 1990's, CountdownToHalloween, Halloween, Hershey, Holiday and tagged candy collecting, candy collection, candy collector, candy wrapper collection, candy wrapper collector, collectible, collecting candy, confectionery, confections, Halloween, holiday, packaging, pumpkin, Reese's, sweets, vintage candy wrapper, wrapper. Bookmark the permalink.