By the late 1990’s and early 2000’s, marketers had become well aware of the importance of the growing Hispanic population in the United States.  One of the ways the confectionery business began flirting with this market was by incorporating traditionally Hispanic flavors into their products.   I previously covered the Mango with Chili Fun Dip flavor that Wonka developed but never produced.  Today I’m excited to feature an M&M’s product released in 2002 which embraced a traditionally Mexican and South American treat flavor – Dulce de Leche Caramel M&M’s!

Unlike some of the limited edition flavors released over the last decade, Dulce de Leche Caramel appears intended to have become part of the standard assortment of M&M’s flavors.   I don’t think I ever noticed these when they were out but the flavor sounds so good, it’s one I wish I had the chance to sample.

Here are the pieces of packaging for M&M’s Dulce de Leche Caramel I have in my collection: 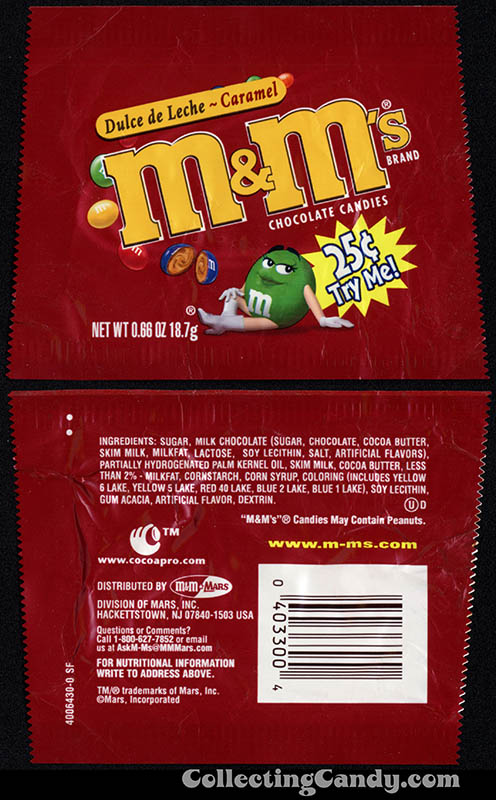 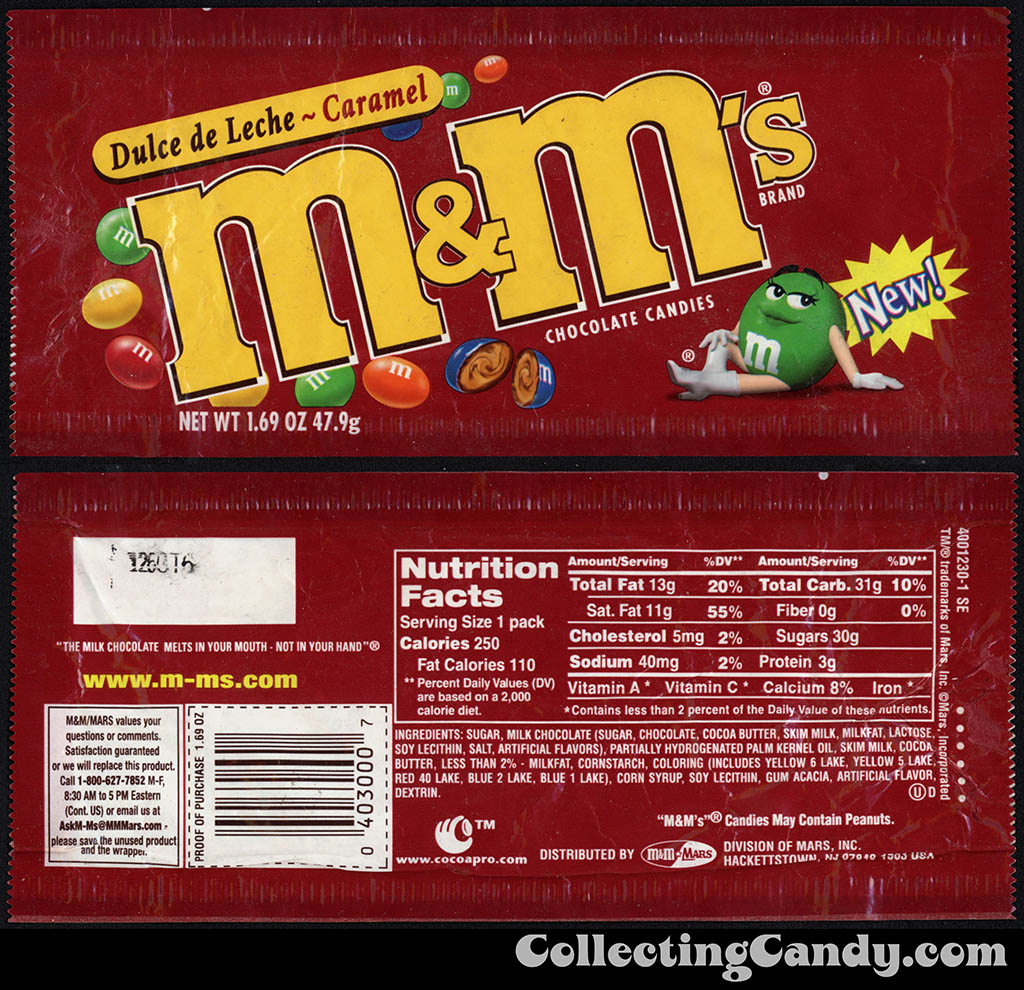 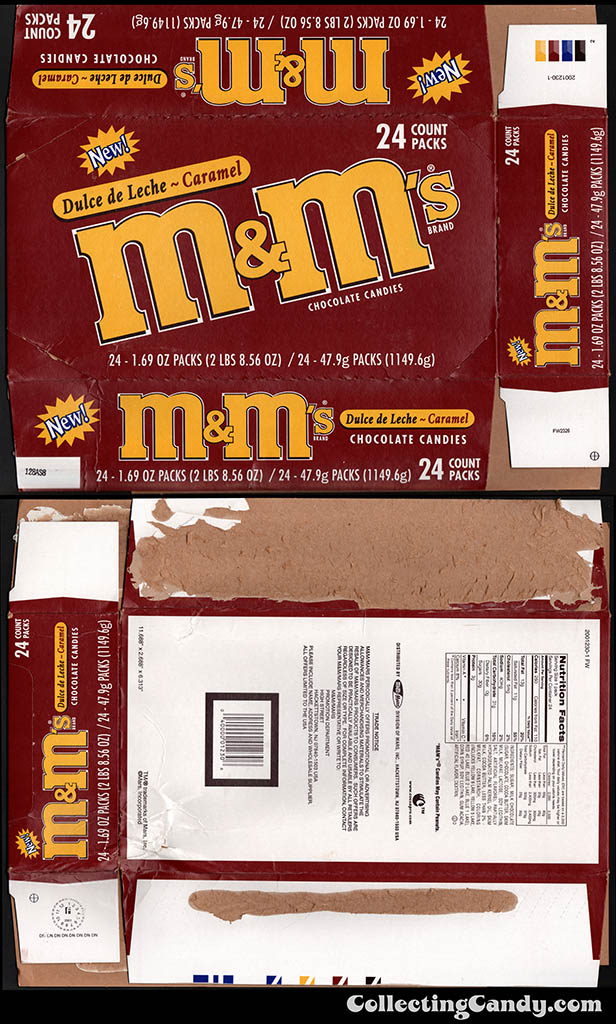 M&M’s Dulce de Leche ended up having a fairly short run in stores and one that may have only ever been available in select regions, but I’d like to think that the flavor could one day make a return.

Anyone remember trying these when they were out?  I’d love to hear what you thought of them.

And that’s everything I’ve got on M&M’s Dulce de Leche Caramel.  See you next time!

A New York City based writer, editor and sometimes actor. After spending much of the 1990′s in the comic book business helping tell the stories of Marvel Comics’ X-Men as series editor, he has since split his time between developing his own entertainment properties while still consulting and working on others. Having been described as “the Indiana Jones of lost and forgotten candy”, Jason is one of the country’s premier candy collectors and historians with his discoveries appearing in countless blogs, magazines, newspaper articles, and books. Always happy to share his knowledge and unique perspectives on this colorful part of our popular culture, Jason has consulted with New York’s Museum of Food and Drink and has also been a featured guest on Food Network’s Heavyweights, France’s M6 Capital, and New York’s TheActionRoom.com. My Google Profile+
View all posts by Jason Liebig →
This entry was posted in Chocolate, M&M's, Mars and tagged 2000's, candy collecting, candy collection, candy collector, candy wrapper collection, candy wrapper collector, chocolate, collectible, collecting candy, confectionery, confections, Dulce de Leche, flavors, Hispanic, M&M's, Mars, Mexican, packaging, sweets, vintage candy wrapper, wrapper. Bookmark the permalink.