Every year there are always new candy packages and products released for the Christmas holiday season.  One brand new item that I found particularly striking from the packaging standpoint was Hershey’s Candy Cane bar.

I think what makes this one so appealing is how much it takes its look from the standard Hershey bar, but utilizing classic Christmas visual elements while doing so.  The candy cane stripes on both ends of the wrapper really do draw the eye in as does the bright white background.  Released in more standard  1.55 ounce size, as well as a king-size 3.55 oz.  Here are the wrappers for both: 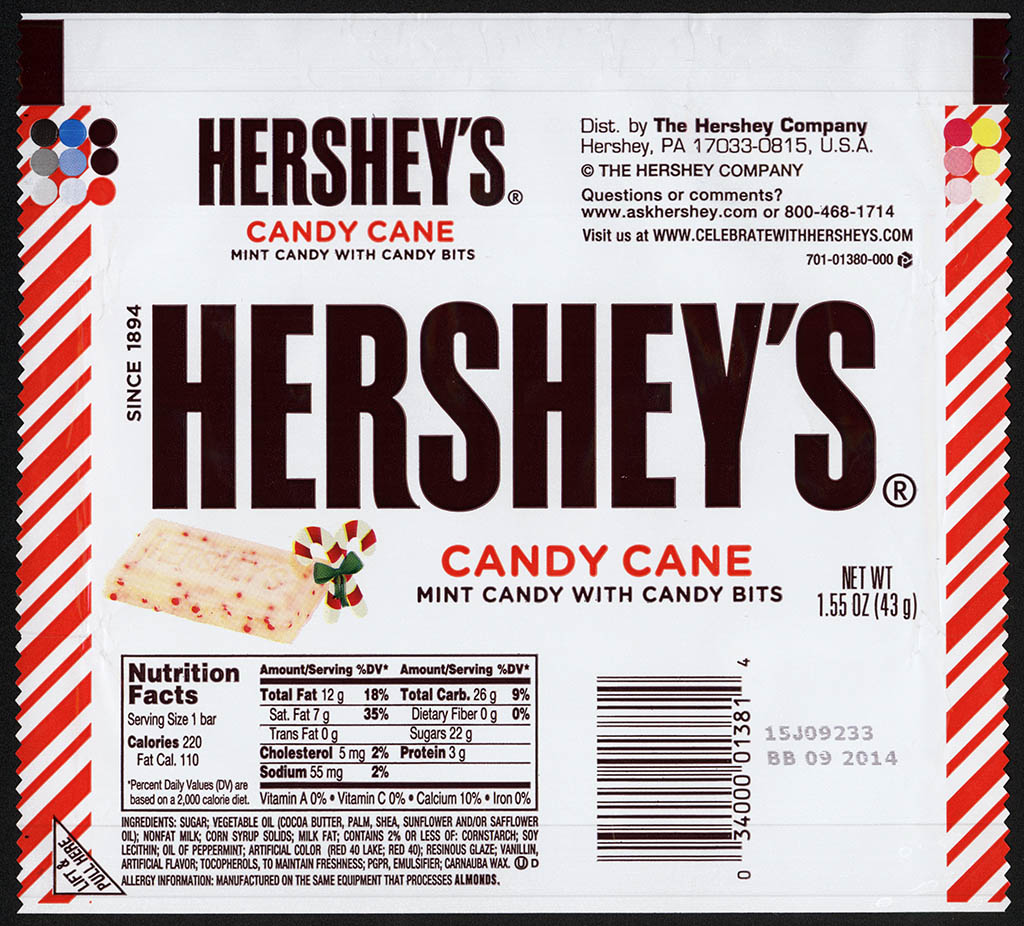 I have no doubt that this new bar is going to be a returning addition to Hershey’s annual holiday arsenal.  For a lovely review of the bar itself, I’d direct you to check out my pal Cybele’s review over at CandyBlog.

One other fun bit of related packaging I picked up this year was for Hershey’s Peppermint Bark Bells.  The white background of this one made me think I should include it in today’s post: 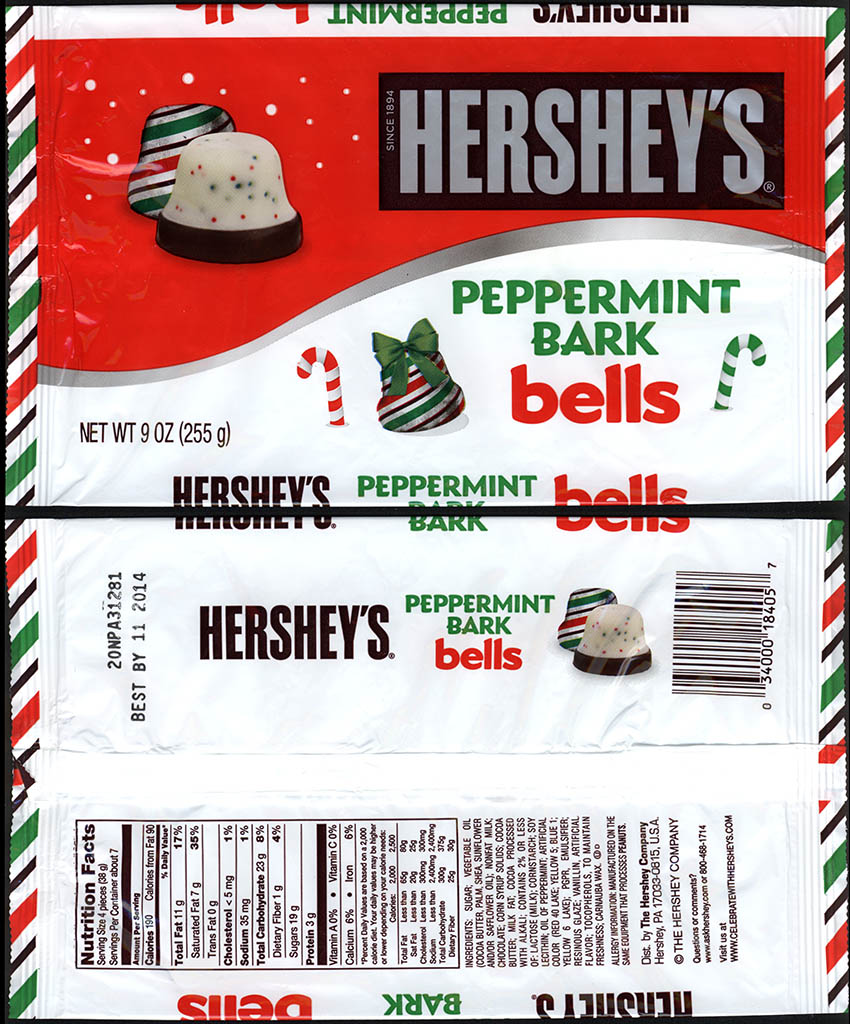 I love the look of these holiday Hershey packages for this year.  Great-looking stuff.

A New York City based writer, editor and sometimes actor. After spending much of the 1990′s in the comic book business helping tell the stories of Marvel Comics’ X-Men as series editor, he has since split his time between developing his own entertainment properties while still consulting and working on others. Having been described as “the Indiana Jones of lost and forgotten candy”, Jason is one of the country’s premier candy collectors and historians with his discoveries appearing in countless blogs, magazines, newspaper articles, and books. Always happy to share his knowledge and unique perspectives on this colorful part of our popular culture, Jason has consulted with New York’s Museum of Food and Drink and has also been a featured guest on Food Network’s Heavyweights, France’s M6 Capital, and New York’s TheActionRoom.com. My Google Profile+
View all posts by Jason Liebig →
This entry was posted in Christmas, Hershey, Holiday and tagged candy cane, candy collecting, candy collection, candy collector, candy wrapper collection, candy wrapper collector, Christmas, collectible, collecting candy, confectionery, confections, Hershey, packaging, sweets, vintage candy wrapper, wrapper. Bookmark the permalink.