McCormick is a brand name those of us in the United States will immediately recognize for their association with the spice isle in most grocery stores.  But recently McCormick has dipped its toes into the packaged confectionery pool with a series of bars sold only at their flagship “World of Flavors” store in Baltimore, Maryland.

Since they’re only available at a single retail location and not currently sold online, these McCormick World of Flavors bars are pretty exclusive.  They remind me of the many confections only available at the Disney Parks and other similar tourist destinations – they take some effort to acquire.   But where these set themselves apart from the typical souvenir bars is that they really do bring the flavor part of “McCormick’s World of Flavors” completely to them.

Though the confectionery landscape of 2013 is rich with manufacturers creating new blends with chocolate bars sporting ingredients you wouldn’t expect, I still found these flavors inventive.

The wrappers themselves are pretty straightforward and all share the same design, so not a lot of visual variety here, but I still encourage you to check out the descriptions on each one: 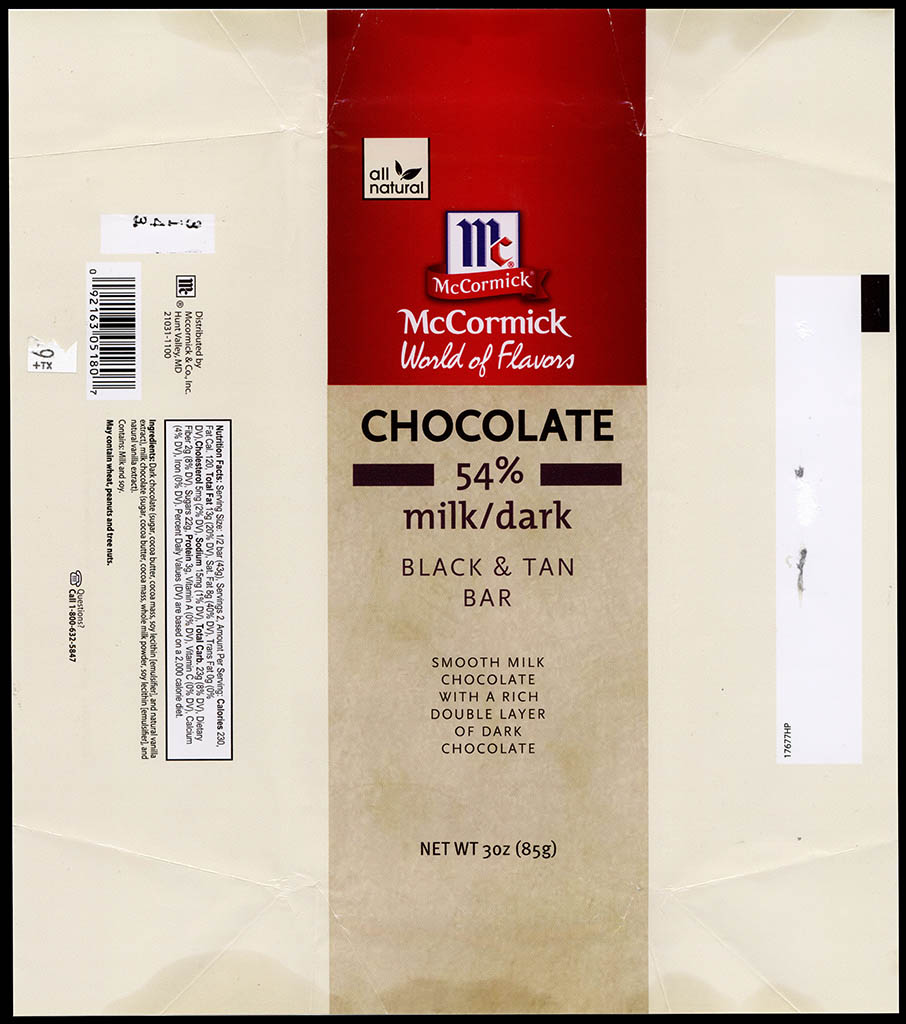 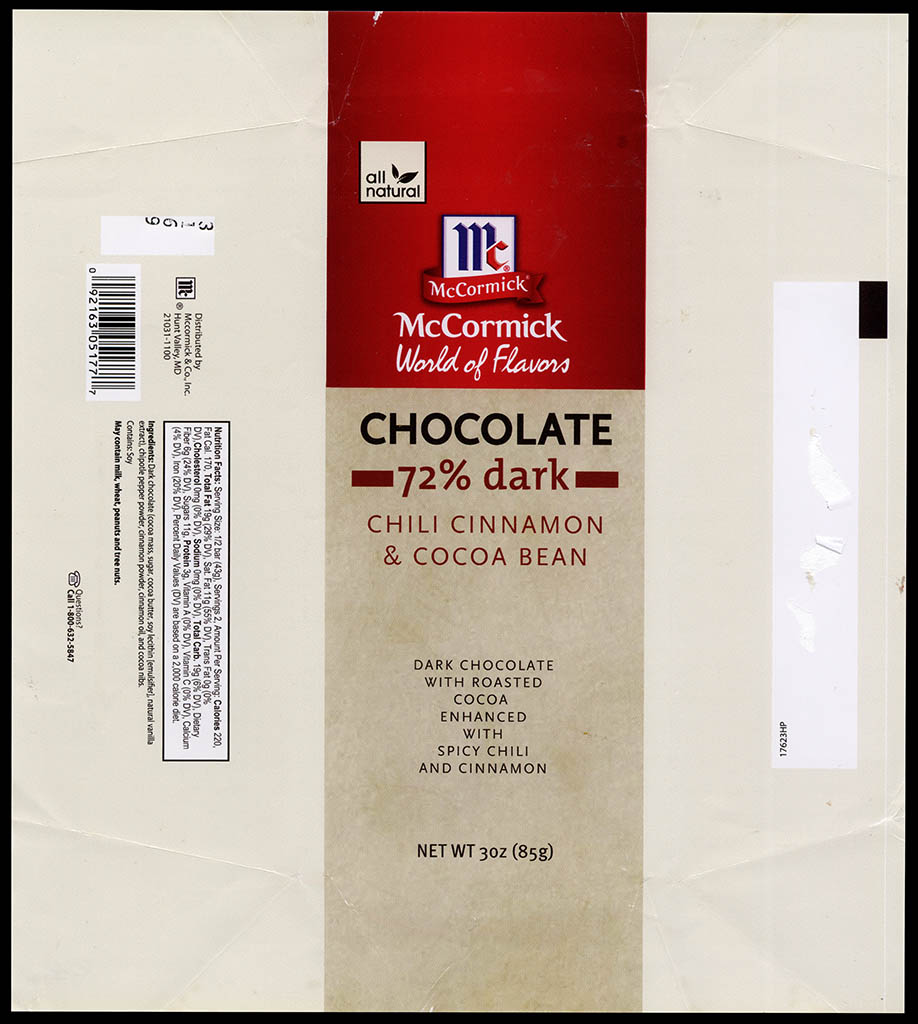 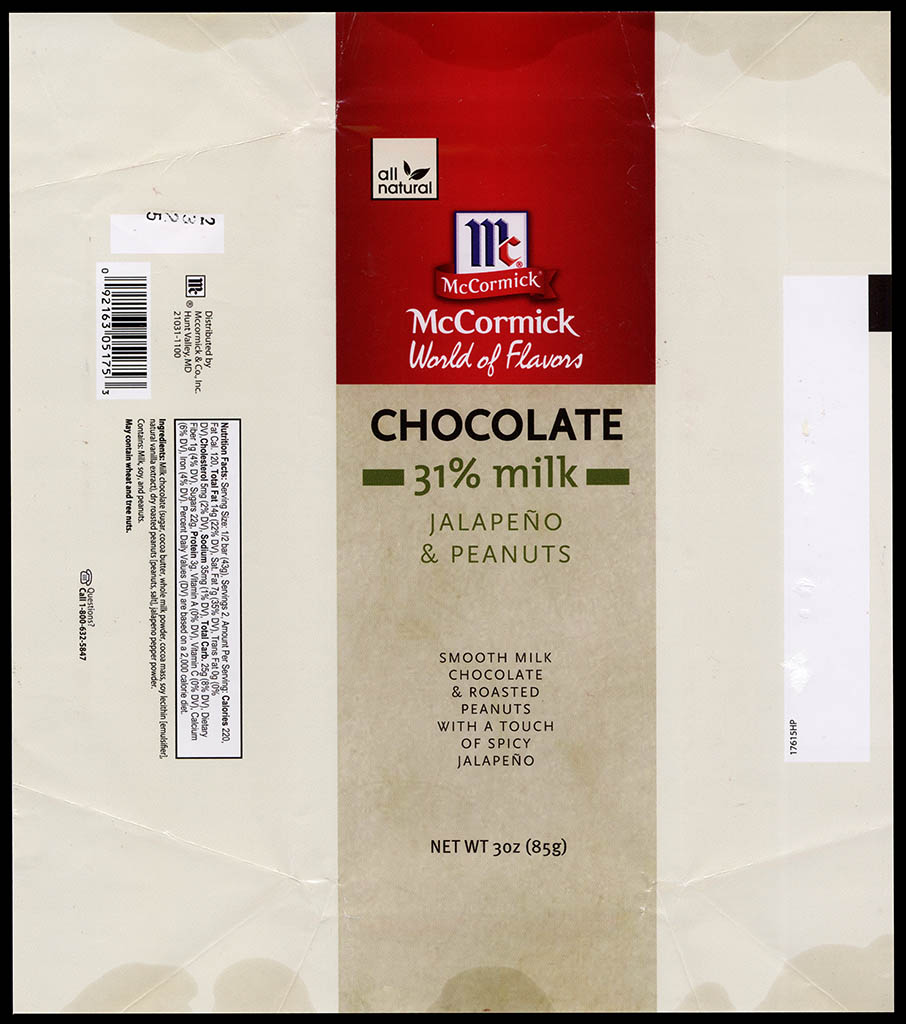 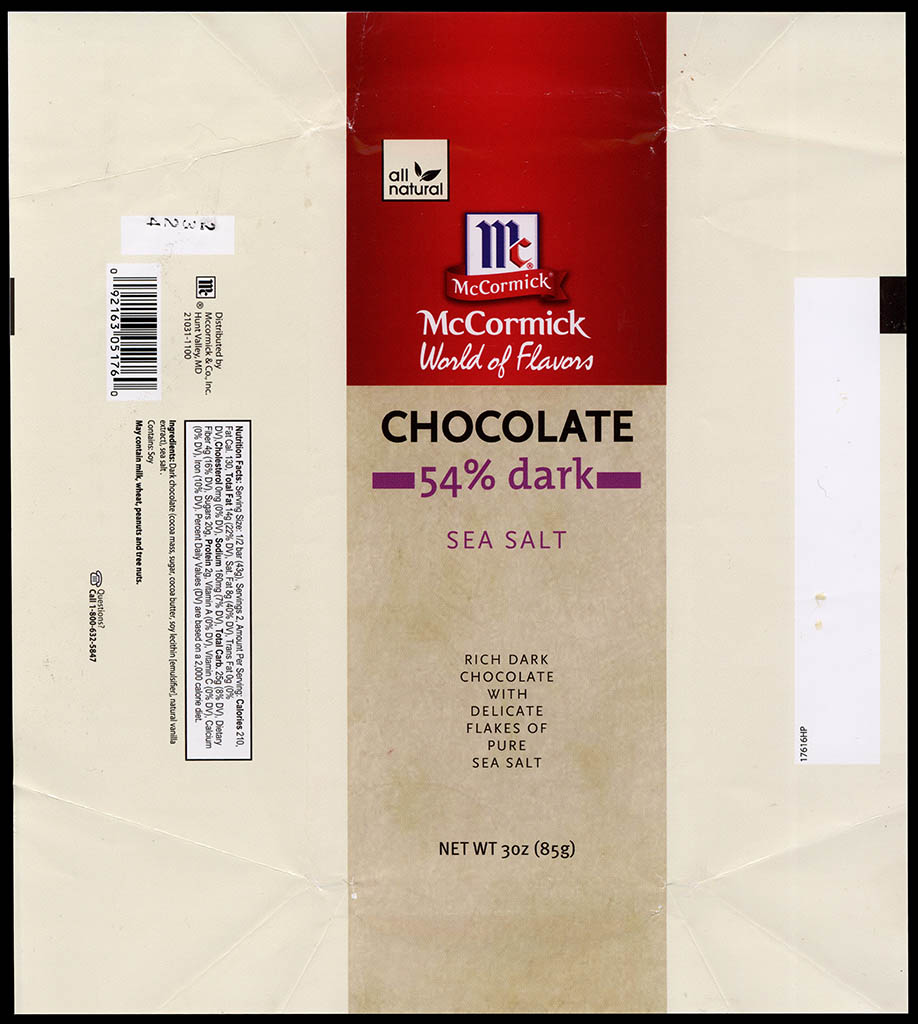 This last wrapper is for a bar that was my favorite of the bunch.  It’s also the only one to contain any artificial flavors or coloring, which may say something about how my personal tastes embrace colorful, artificially-flavored treats.

The chocolate of the Red Velvet Bar had an appealing reddish tint to it and with the icing bits throughout, it was dangerously delicious.

As a candy packaging collector, what initially caught my eye about these was seeing the familiar McCormick’s logo on an unexpected place; a chocolate bar.  That would have been enough for me to want to add them to my collection as they are a delightful brand-oddity.  But I’m happy to say they also turned out to be an enjoyable and at times exotic blend of flavors that I haven’t encountered before.

If you have the opportunity, I highly recommend picking these up – and not just for the wrappers.

A New York City based writer, editor and sometimes actor. After spending much of the 1990′s in the comic book business helping tell the stories of Marvel Comics’ X-Men as series editor, he has since split his time between developing his own entertainment properties while still consulting and working on others. Having been described as “the Indiana Jones of lost and forgotten candy”, Jason is one of the country’s premier candy collectors and historians with his discoveries appearing in countless blogs, magazines, newspaper articles, and books. Always happy to share his knowledge and unique perspectives on this colorful part of our popular culture, Jason has consulted with New York’s Museum of Food and Drink and has also been a featured guest on Food Network’s Heavyweights, France’s M6 Capital, and New York’s TheActionRoom.com. My Google Profile+
View all posts by Jason Liebig →
This entry was posted in Chocolate and tagged Baltimore, Cal Ripken, candy collecting, candy collection, candy collector, candy wrapper collection, candy wrapper collector, chocolate, collectible, collecting candy, confectionery, confections, exclusive, packaging, Perfect Couples, souvenir, sweets, The Wire, vintage candy wrapper, wrapper. Bookmark the permalink.