The last couple years I’ve been impressed with Necco’s seasonal offerings.  For a company that’s been around over a century, they’re finding ways to bring cool contemporary products to market .  In 2012 they blew me away with their Skybar Zombie Food, and this year they’ve created a tasty treat in a particularly groovy package with their Red Hot Cinnamon Batwing Necco Wafers!

During all of my candy hunts and shopping trips this year, I never found Necco Batwing Wafers at retail.  I had to find and purchase these online and of course I’m glad I did as they really are a cool package.  I’d go so far as to call this the most edgy and fashionable Halloween candy packaging of the season.  What do you think? 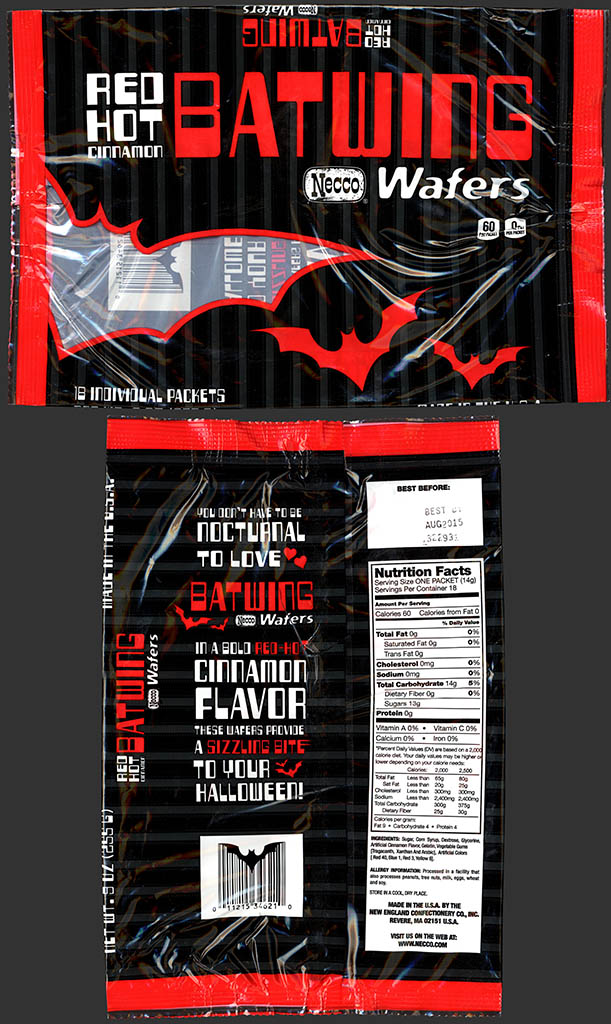 Check out that UPC code fun their designer was having!

Since these are new and a product most people have probably not seen yet, I also wanted to share a photo of the actual candy.  Here they are: 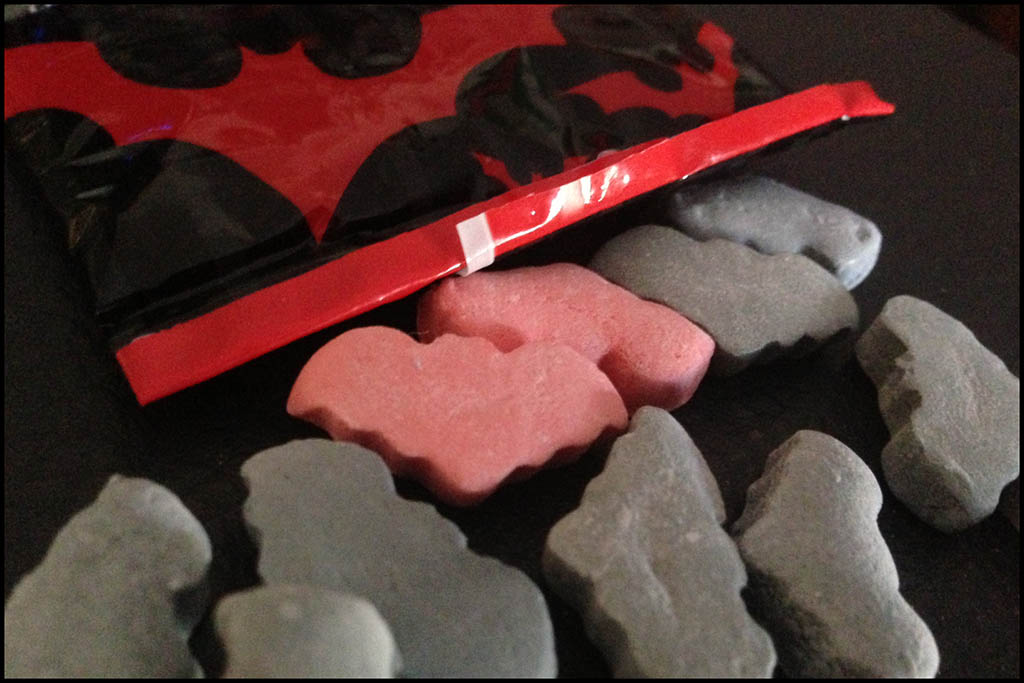 Being a big fan of the cinnamon hot flavor in my candy, these were quite enjoyable.  Makes me wish for a roll of cinnamon hot Necco Wafers!  How about it, Necco?

I know I have a contingent of comic book enthusiasts who visit CollectingCandy.com and I’ll ask if what jumped out at me the first time I saw Necco’s Batwing Wafers packaging also occurred to them:  Don’t you think the packaging design looks like it took inspiration from the futuristic Batman Beyond cartoon series? 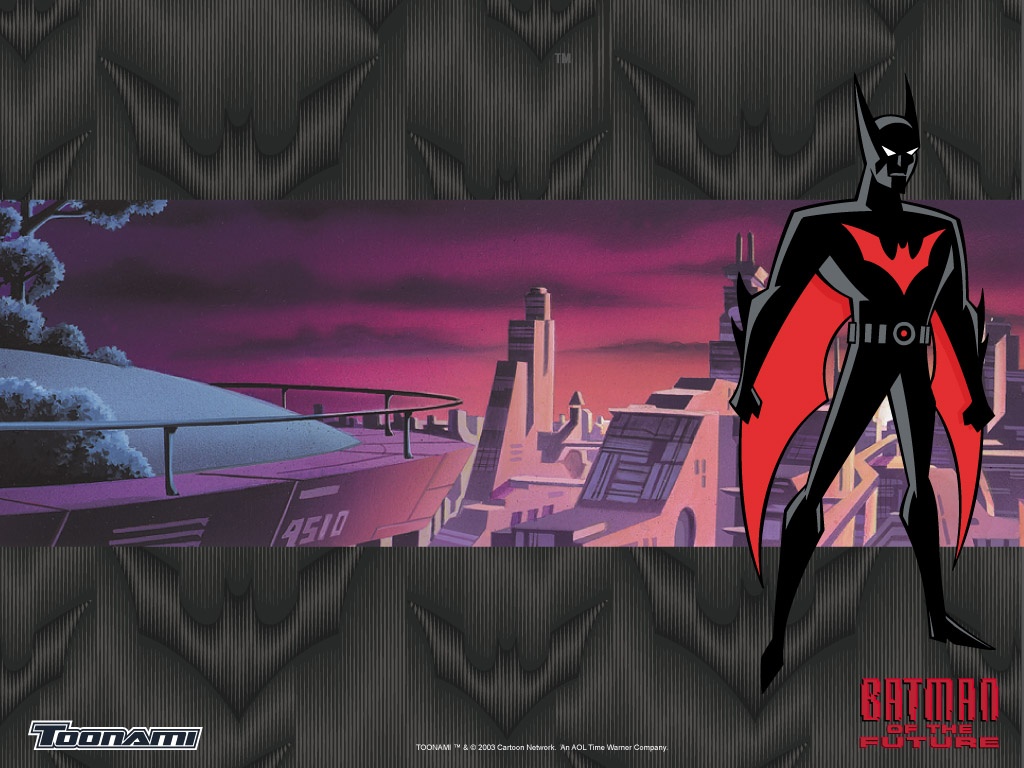 Whatever the case, the packaging design is awfully cool and makes Necco’s Batwing Wafers one of my favorite new releases for the Halloween 2013 season.

A New York City based writer, editor and sometimes actor. After spending much of the 1990′s in the comic book business helping tell the stories of Marvel Comics’ X-Men as series editor, he has since split his time between developing his own entertainment properties while still consulting and working on others. Having been described as “the Indiana Jones of lost and forgotten candy”, Jason is one of the country’s premier candy collectors and historians with his discoveries appearing in countless blogs, magazines, newspaper articles, and books. Always happy to share his knowledge and unique perspectives on this colorful part of our popular culture, Jason has consulted with New York’s Museum of Food and Drink and has also been a featured guest on Food Network’s Heavyweights, France’s M6 Capital, and New York’s TheActionRoom.com. My Google Profile+
View all posts by Jason Liebig →
This entry was posted in CountdownToHalloween, Halloween, Holiday and tagged 2013, Batman Beyond, Boston, candy collecting, candy collection, candy collector, candy wrapper collection, candy wrapper collector, collectible, collecting candy, confectionery, confections, Halloween candy, Necco, Necco Wafers, packaging, sweets, vintage candy wrapper, wrapper. Bookmark the permalink.