Halloween Smarties from the 80’s!

Smarties (the pressed dextrose candies found in the USA) are a classic treat that countless people have fond memories of.   Because of their small, individually-wrapped size, they’ve always been a perfect treat to give out for Halloween.  With that in mind, today I’d like to share a 1980’s Halloween-themed package for Smarties I recently discovered.

For as long as they’ve been around, Smarties have been produced and sold by the Ce De candy company (though recently the company name appears to have changed to “Smarties Candy Company”).  Ce De’s are best-known for pressed-dextrose candies, just like their famous Smarties, and they’ve produced all sorts of creative products using the process – even releasing a set of “love beads” back in the 70’s.

But getting back to Smarties, let’s take a look at today’s Halloween package:

[Note: I’ve indicated that this package is from the 80’s, though I want to point out that it could be from the late 70’s.  There’s not enough information for me to be 100% certain on the dating of this one.]

I like how the Halloween design element of this package was just tacked on to the top of what must have been the standard all-year-round package design.  I’ve seen that with 1960’s and 1970’s holiday packaging a number of times before.

I’m fortunate that this Halloween package was accompanied by a single individual cellophane Smarties wrapper.  This is the style that I remember from my own childhood: 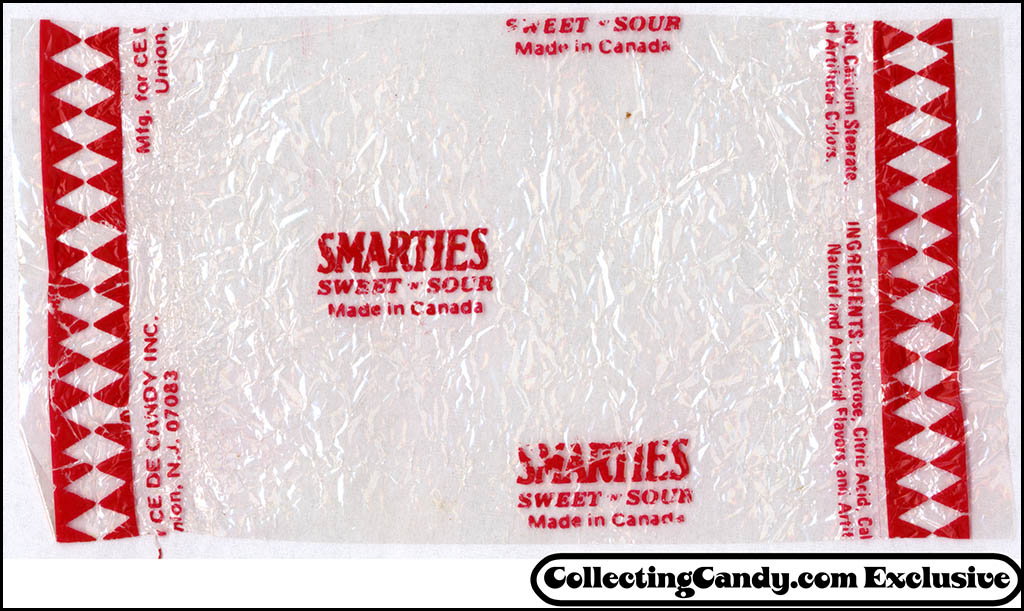 I happen to have picked up a modern peg bag of Smarties recently, so I thought I’d include that in today’s post (even though this modern example is an all-year-round version, not a Halloween seasonal package): 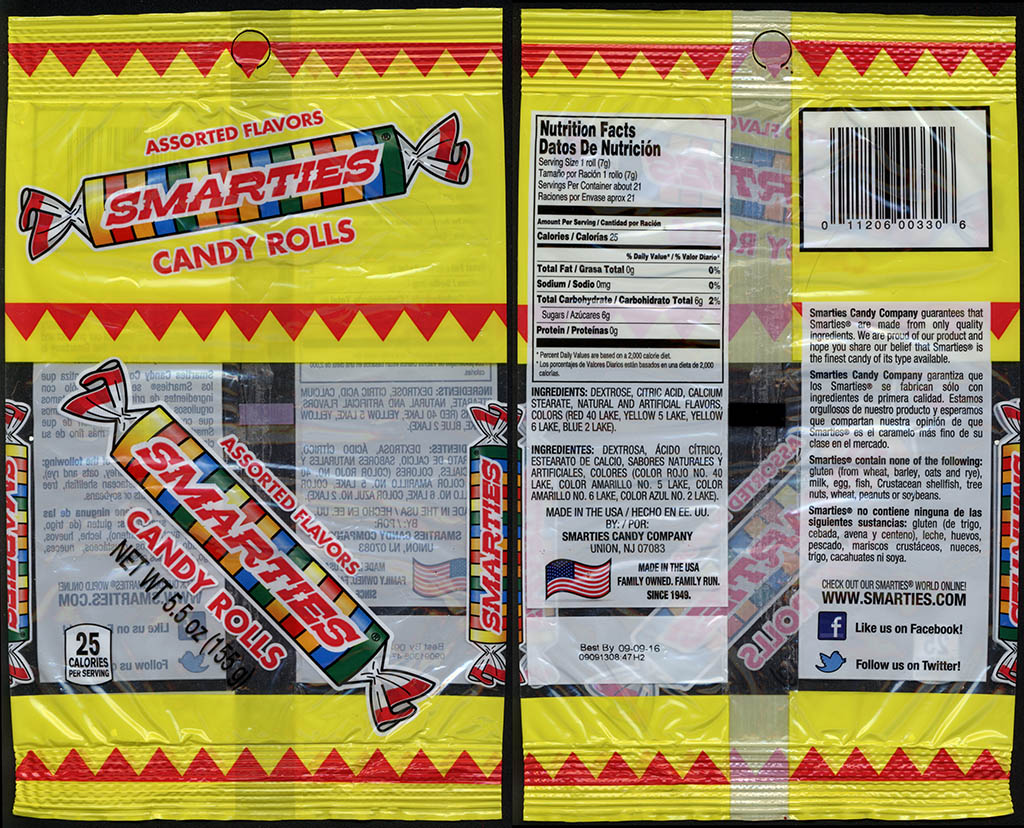 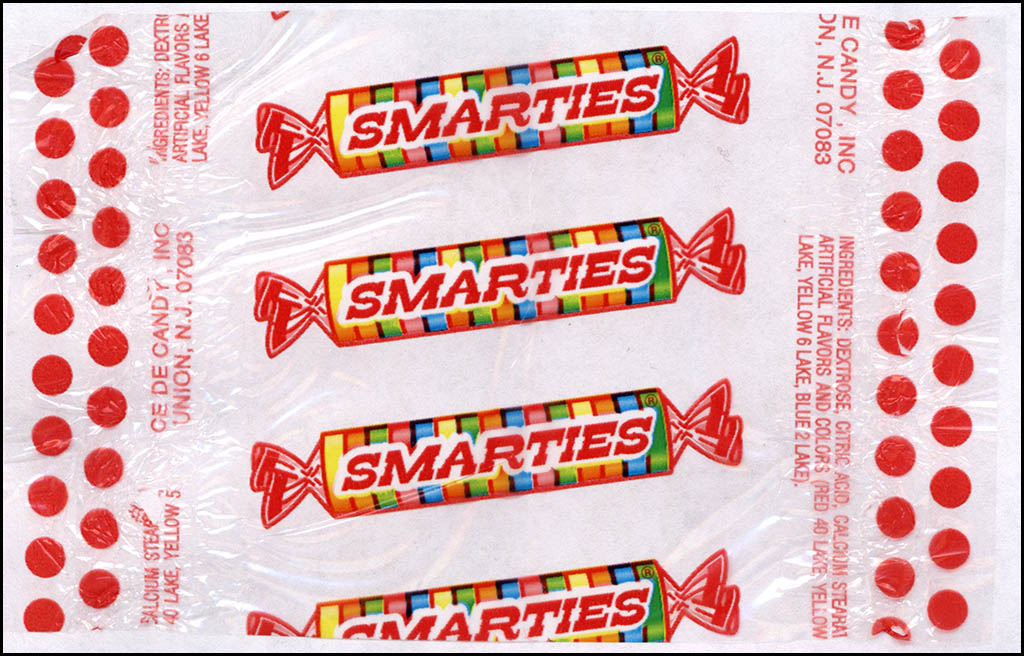 Soon, I plan to cover the modern brand extensions that Smarties have branched out into (like Smarties Taffy and Smarties Gummies, to name two).   For now, this is everything on my vintage Halloween Smarties package from the 1980’s!

A New York City based writer, editor and sometimes actor. After spending much of the 1990′s in the comic book business helping tell the stories of Marvel Comics’ X-Men as series editor, he has since split his time between developing his own entertainment properties while still consulting and working on others. Having been described as “the Indiana Jones of lost and forgotten candy”, Jason is one of the country’s premier candy collectors and historians with his discoveries appearing in countless blogs, magazines, newspaper articles, and books. Always happy to share his knowledge and unique perspectives on this colorful part of our popular culture, Jason has consulted with New York’s Museum of Food and Drink and has also been a featured guest on Food Network’s Heavyweights, France’s M6 Capital, and New York’s TheActionRoom.com. My Google Profile+
View all posts by Jason Liebig →
This entry was posted in 1970's, 1980's, CountdownToHalloween, Halloween, Holiday and tagged 70's candy, 80's candy, candy collecting, candy collection, candy collector, candy wrapper collection, candy wrapper collector, CeDe, collectible, collecting candy, confectionery, confections, Halloween, packaging, Smarties, sweets, vintage candy wrapper, wrapper. Bookmark the permalink.

1 Response to Halloween Smarties from the 80’s!