1970’s Witchmallows and Other Halloween Peeps!

As I documented during my Easter week of posts earlier this year, Marshmallow Peeps have been around for 60 years.   Within that Easter Week post, I featured a Just Born anniversary brochure that indicated the 1990’s as the decade when Peeps “came alive for other seasons with branded Peeps for Halloween and other holidays.”  Yet in spite of that fact, Halloween Peeps were actually around decades before then – just not branded as such and sold under a deliciously different name – Witchmallows!

I have only ever come across a single example of a Witchmallows package tray, and it’s one I’m excited to be able to share today.  Here it is: 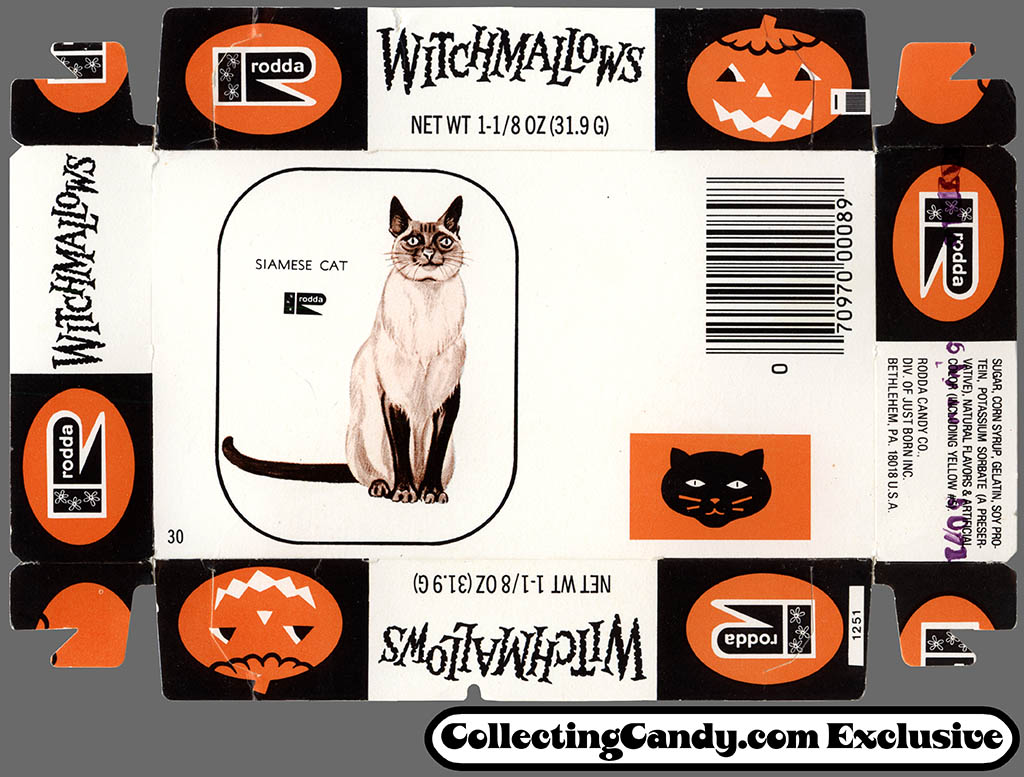 I think that Witchmallows tray is a fantastic piece of packaging and it must have been striking to see when folks were used to the annual Easter Peeps offerings that looked like this:

So there you have it, Halloween Peeps have actually been around a lot longer than you might have guessed – though they weren’t called Peeps early on.  Sometime during the 1990’s, Witchmallows were brought under the official Peeps umbrella and for 2003 they were included in Peeps 50th Anniversary celebration catalog. 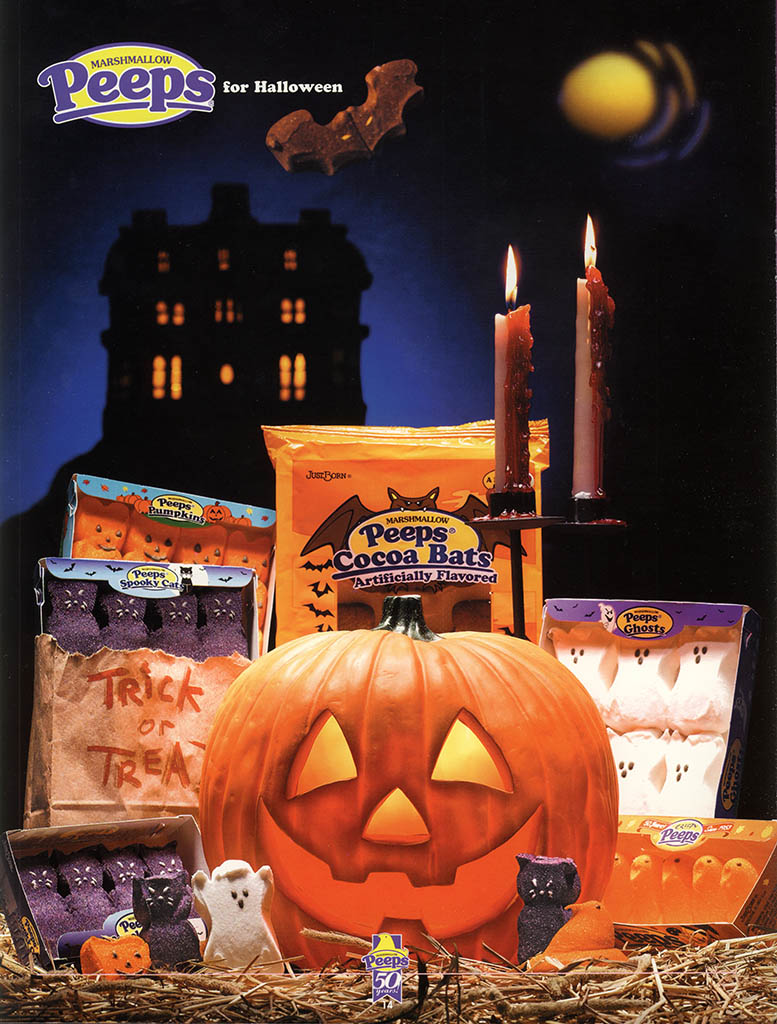 Here are some highlights from the 2003 catalog: 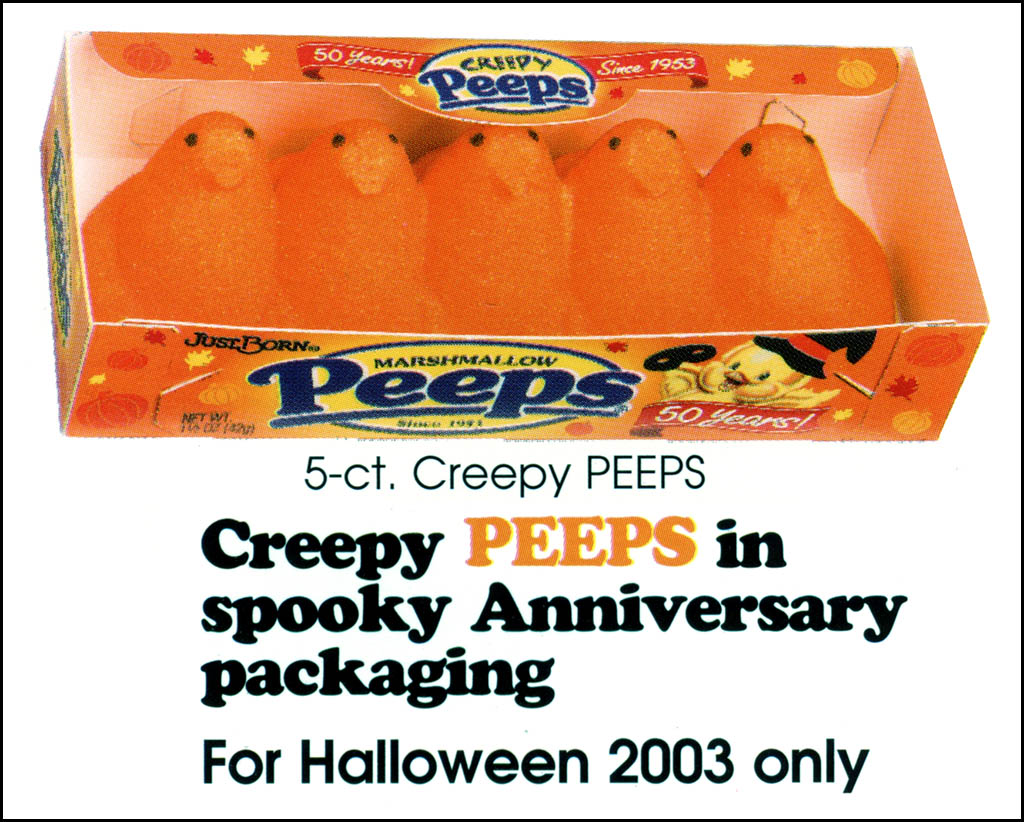 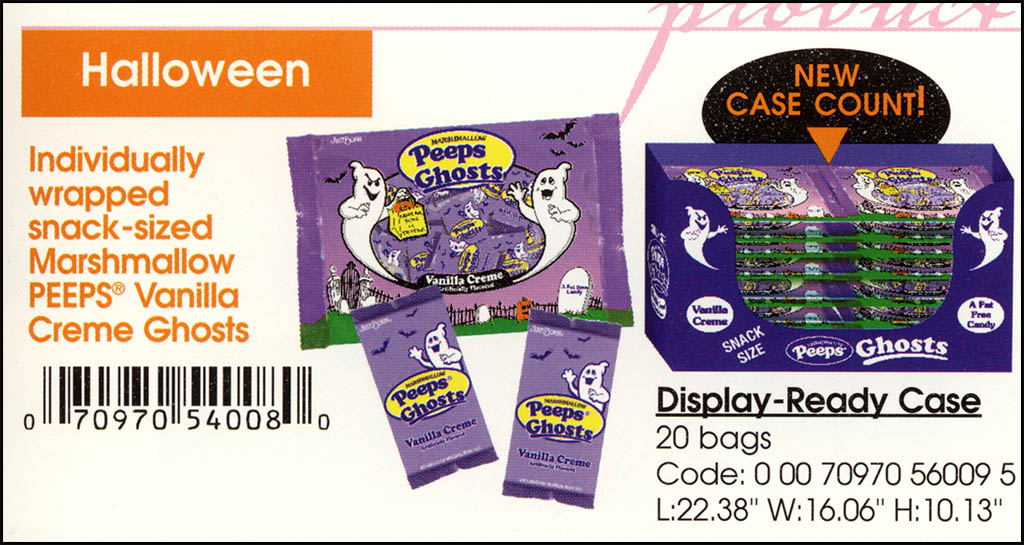 Though they’re only a decade old, I’d still be excited to add any of those 2003 Halloween Peeps packages to my collection – they’re pretty neat!

That covers all of the vintage Halloween Peeps material I’ve got.  Since I’ve covered the history, I’d like to close out today’s post with a trio of modern Halloween-themed Peeps packages I picked up a couple of years ago.  These are the packaging designs still being used today so including them will bring us fully up-to-date with Halloween Peeps: 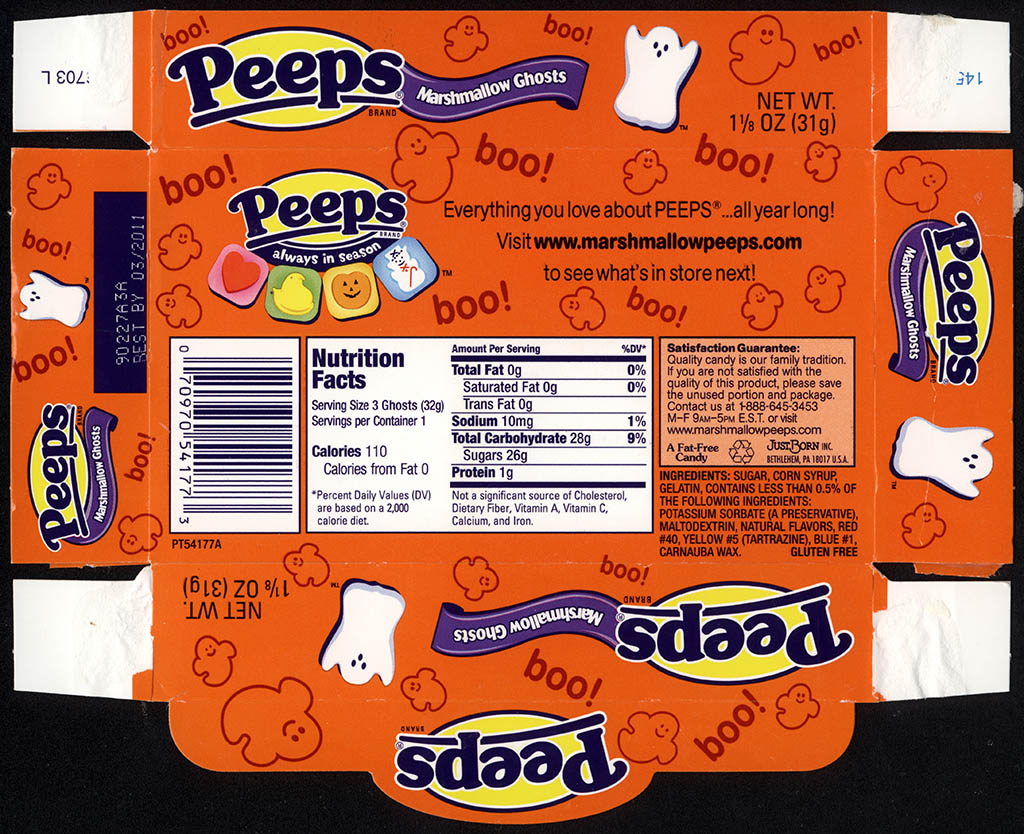 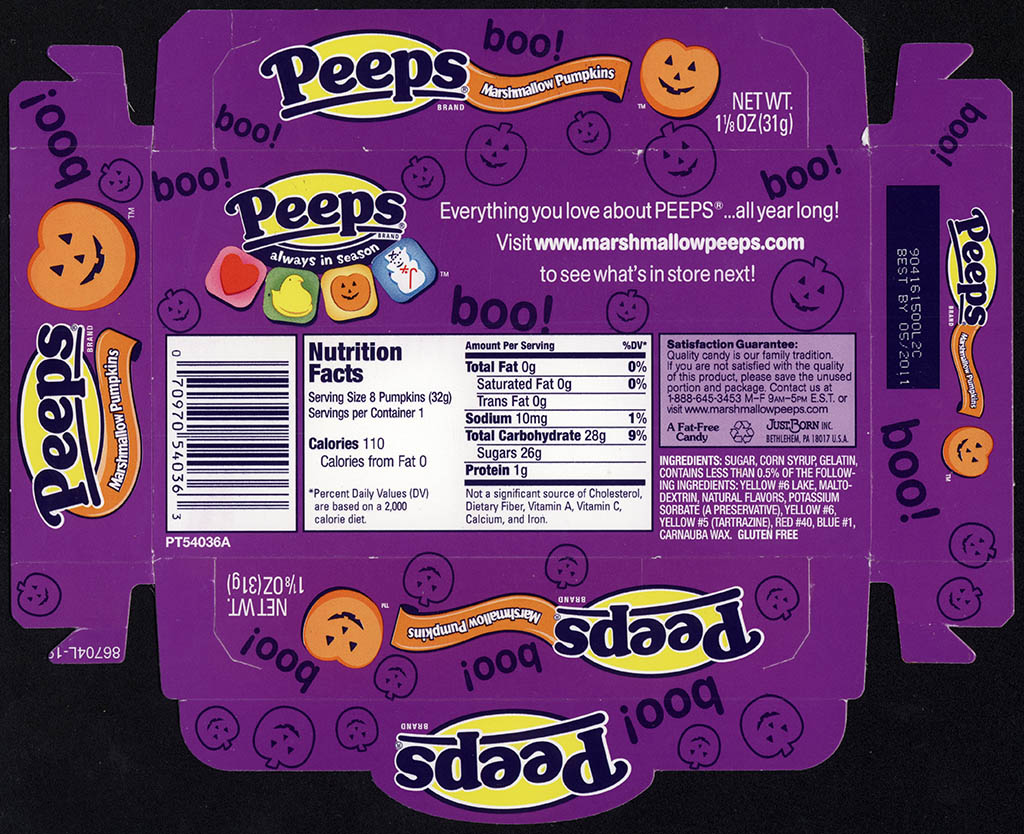 And that’s everything for today’s post on Witchmallows and the many other Halloween Peeps that followed them.  See you next time!

A New York City based writer, editor and sometimes actor. After spending much of the 1990′s in the comic book business helping tell the stories of Marvel Comics’ X-Men as series editor, he has since split his time between developing his own entertainment properties while still consulting and working on others. Having been described as “the Indiana Jones of lost and forgotten candy”, Jason is one of the country’s premier candy collectors and historians with his discoveries appearing in countless blogs, magazines, newspaper articles, and books. Always happy to share his knowledge and unique perspectives on this colorful part of our popular culture, Jason has consulted with New York’s Museum of Food and Drink and has also been a featured guest on Food Network’s Heavyweights, France’s M6 Capital, and New York’s TheActionRoom.com. My Google Profile+
View all posts by Jason Liebig →
This entry was posted in 1970's, 1990's, CountdownToHalloween, Halloween, Holiday and tagged candy collecting, candy collection, candy collector, candy wrapper collection, candy wrapper collector, collectible, collecting candy, confectionery, confections, Halloween, Just Born, packaging, Peeps, Rodda, sweets, vintage candy wrapper, wrapper. Bookmark the permalink.

1 Response to 1970’s Witchmallows and Other Halloween Peeps!