As we hit day four of our Cinnamon Hot Week, it’s time to share another hot flavor of a classic brand you’ve probably never heard of:  Mason’s Hot Cinnamon DOTS!

Over the decades, DOTS have received a number of notable flavor extensions.  The last few years have given us a trio of my favorites in Halloween DOTS.  But what is probably the tastiest DOTS extension I’ve ever turned up would have to be Mason’s Hot Cinnamon DOTS.

As far as my research has revealed, Hot Cinnamon DOTS were only around for a short time in the mid-1980’s.  The box design for Hot DOTS is striking in that it’s largely white with the strong graphic DOTS logo all in red.  Here it is: 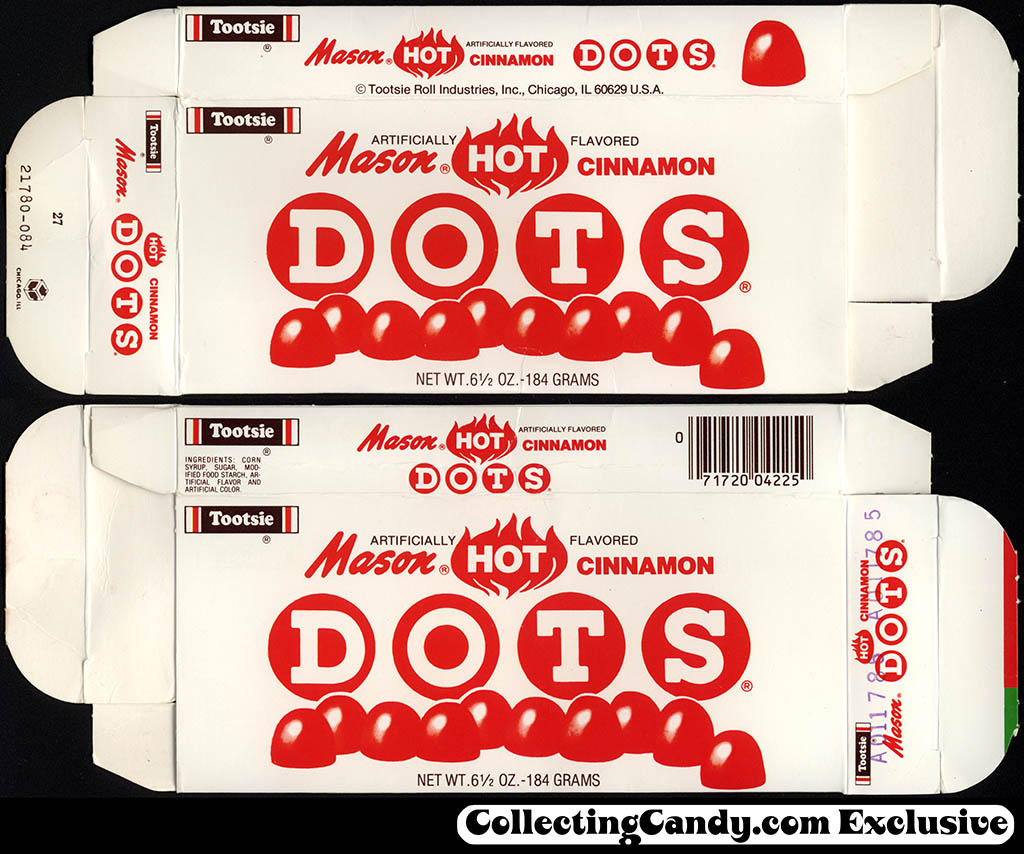 Here’s a standard DOTS box from the same era, for comparison: 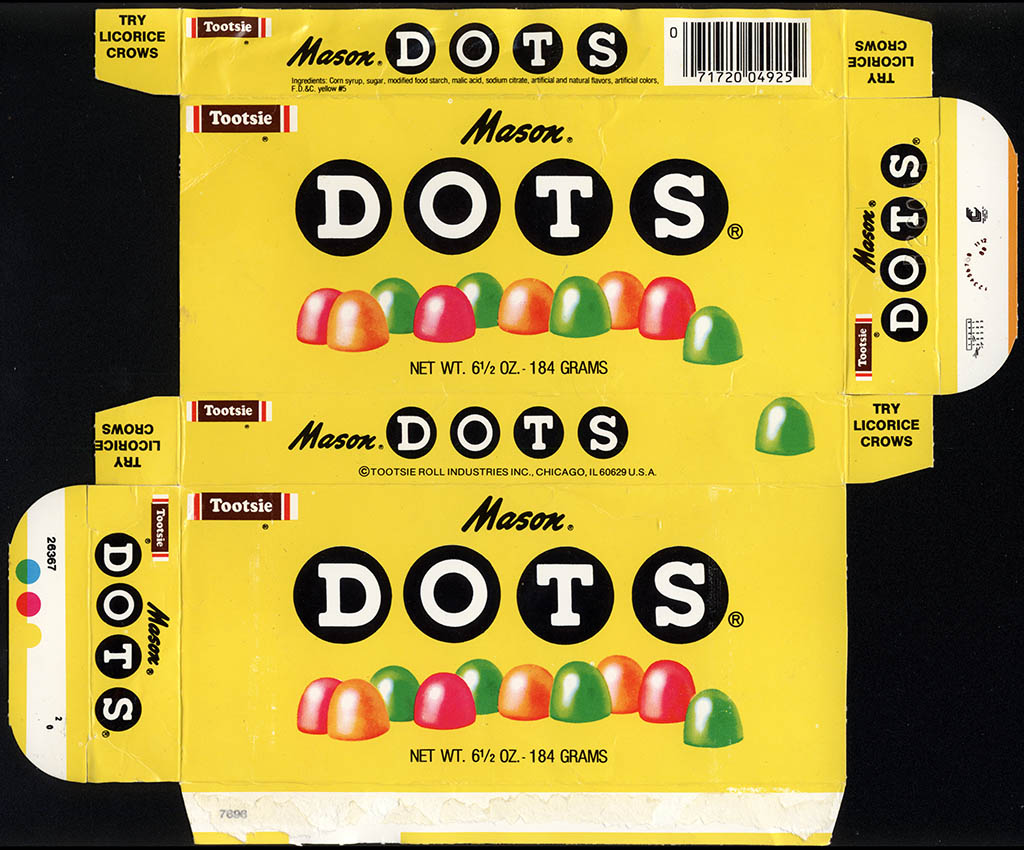 And without any other information to share, that’s all I’ve got to say about Hot Cinnamon DOTS and that’s everything for today’s post.  Drop back by tomorrow for more Hot Week fun.  See you next time!

A New York City based writer, editor and sometimes actor. After spending much of the 1990′s in the comic book business helping tell the stories of Marvel Comics’ X-Men as series editor, he has since split his time between developing his own entertainment properties while still consulting and working on others. Having been described as “the Indiana Jones of lost and forgotten candy”, Jason is one of the country’s premier candy collectors and historians with his discoveries appearing in countless blogs, magazines, newspaper articles, and books. Always happy to share his knowledge and unique perspectives on this colorful part of our popular culture, Jason has consulted with New York’s Museum of Food and Drink and has also been a featured guest on Food Network’s Heavyweights, France’s M6 Capital, and New York’s TheActionRoom.com. My Google Profile+
View all posts by Jason Liebig →
This entry was posted in 1980's and tagged candy collecting, candy collection, candy collector, candy wrapper collection, candy wrapper collector, cinnamon, collectible, collecting candy, confectionery, confections, hot cinnamon, Mason, packaging, sweets, Tootsie, vintage candy wrapper, wrapper. Bookmark the permalink.