A Trio of Super Mario Bros 3 Chocolate Bars from 1990!

Candy USA is a company that I wasn’t able to dig up any solid information on, but appears to have been built around pop culture licensed bars.  Beyond their first Super Mario Bros. bar, back in June I also shared Candy USA’s World Wrestling Federation bars, so it’s neat to uncover and fill-in more of their licensed product lines.  Hopefully there are even more out there to discover.

For today however, we’re looking at Candy USA’s Super Mario Bros. 3 bars and here are the trio of wrappers I recently acquired for them [Note: Just a reminder that these wrappers are CollectingCandy.com exclusives – that means you won’t find images of them anywhere else online!]: 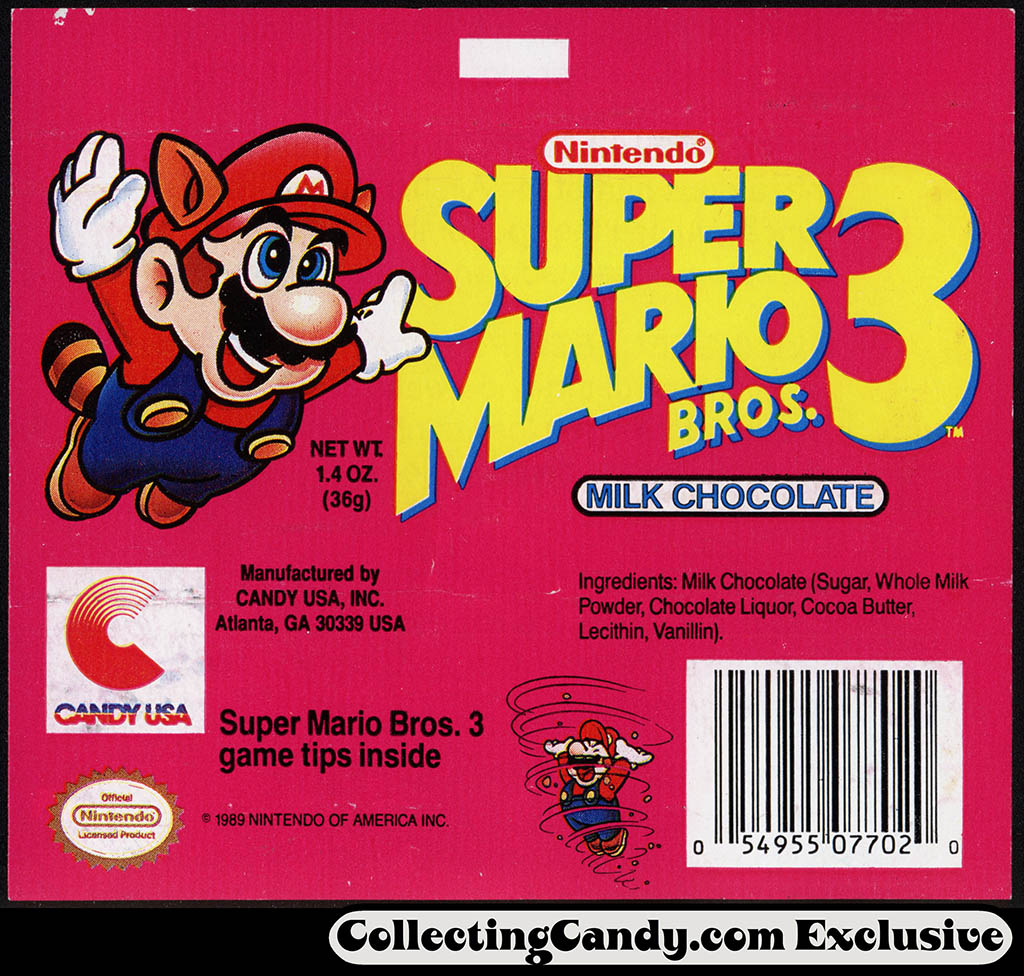 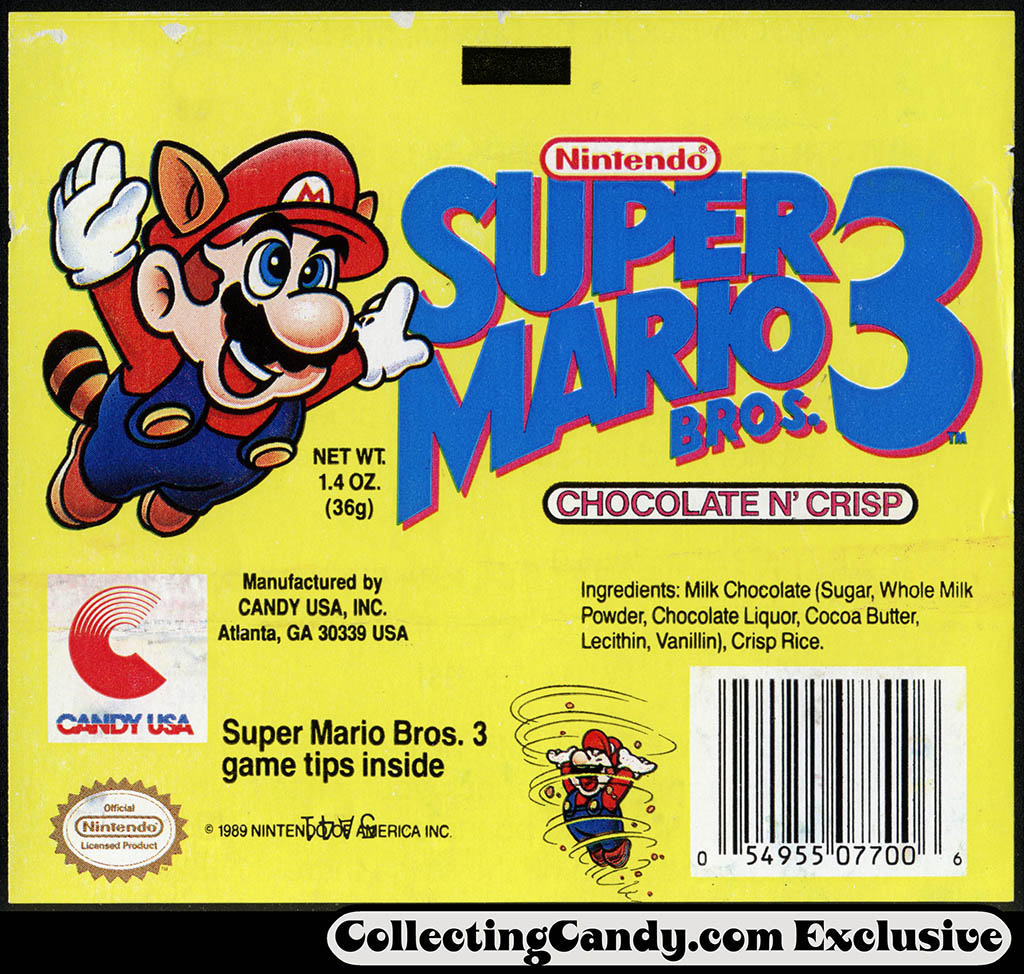 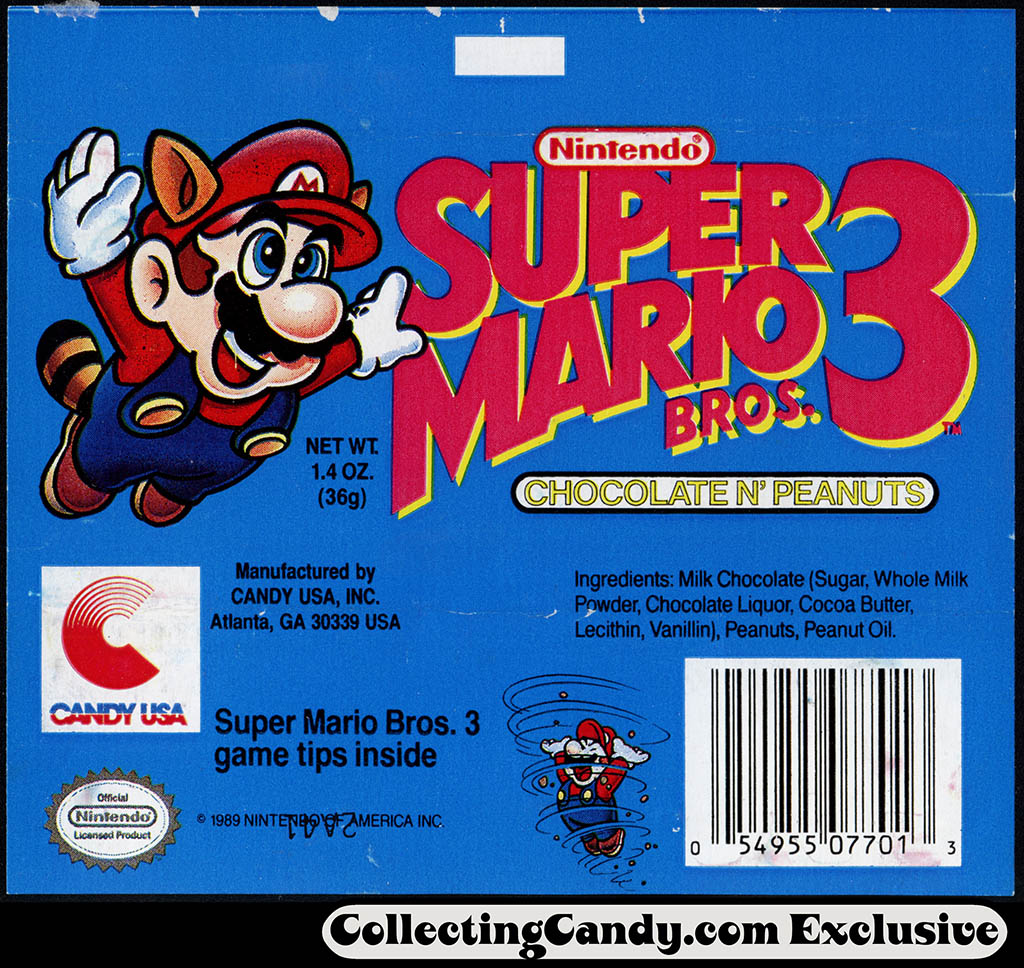 Each of the Super Mario Bros. 3 wrappers featured game tips on the inside and here are what these three contained: 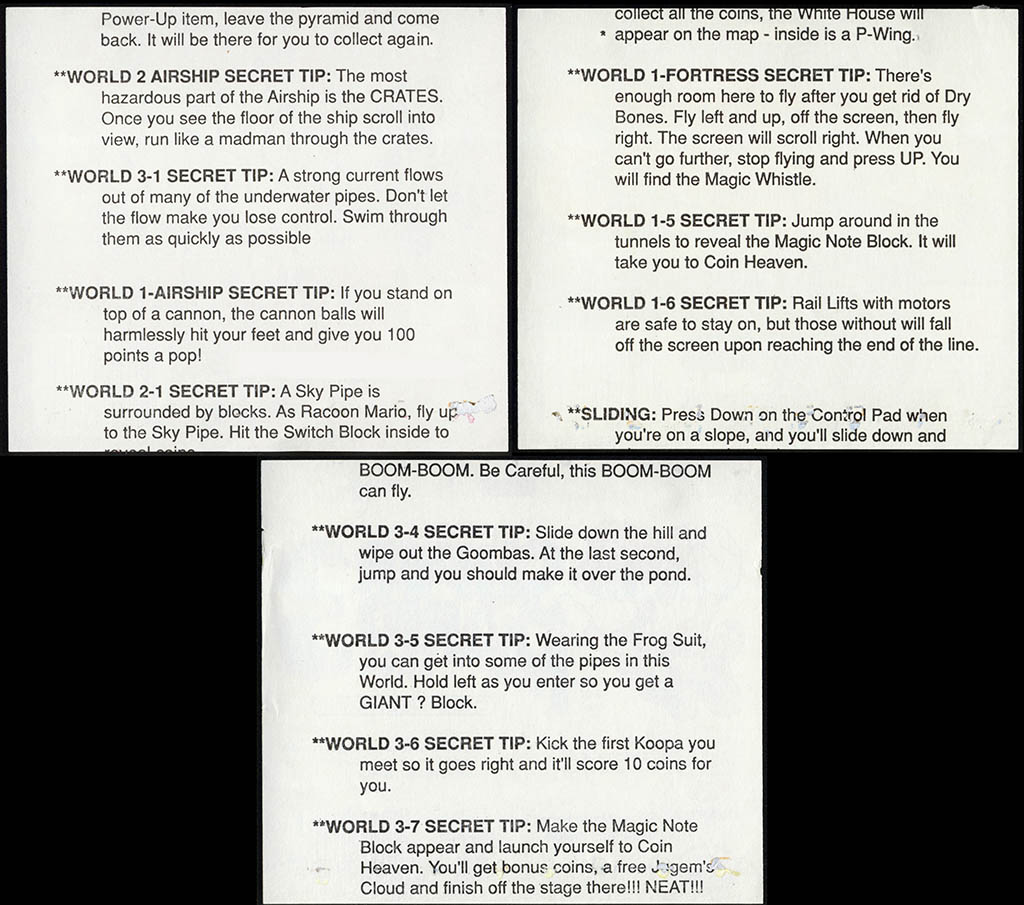 I remember how much of a big deal game tips and tricks used to be in the pre-internet days.  Must have been a solid selling point for these.

And that’s everything I’ve got to share on Candy USA’s Super Mario Bros. 3 bars from 1990. I hoped you liked seeing them.

As I mentioned at the top of today’s post, there have been a number of confectionery treats based on the Super Mario license over the last 25 years.   Though I don’t have a great wealth of them handy to show, I did just pick up one that’s on shelves right now.   I thought it would be good to close with, as a way to showcase how timeless this license has proven to be, even in the world of candy.  So here it is, from the 3-Dees Gummies lineup is their Super Mario boxed offering: 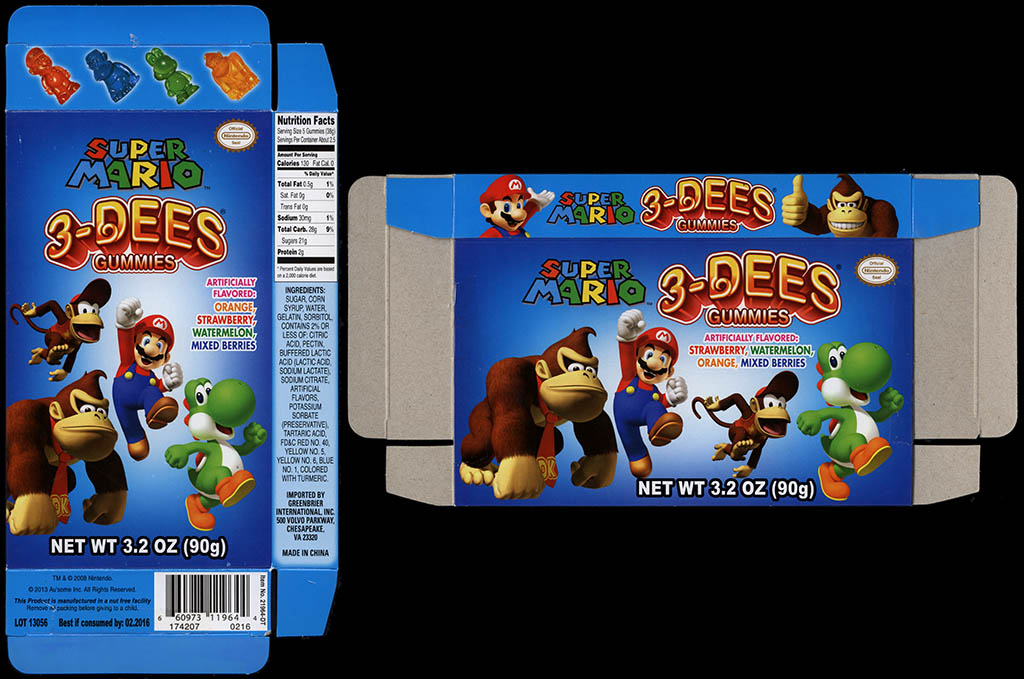 A New York City based writer, editor and sometimes actor. After spending much of the 1990′s in the comic book business helping tell the stories of Marvel Comics’ X-Men as series editor, he has since split his time between developing his own entertainment properties while still consulting and working on others. Having been described as “the Indiana Jones of lost and forgotten candy”, Jason is one of the country’s premier candy collectors and historians with his discoveries appearing in countless blogs, magazines, newspaper articles, and books. Always happy to share his knowledge and unique perspectives on this colorful part of our popular culture, Jason has consulted with New York’s Museum of Food and Drink and has also been a featured guest on Food Network’s Heavyweights, France’s M6 Capital, and New York’s TheActionRoom.com. My Google Profile+
View all posts by Jason Liebig →
This entry was posted in 1990's, Boxed, Christmas, Gummies and tagged 1990's, 90's, 90's candy, 90's chocolate, candy collecting, candy collection, candy collector, candy wrapper collection, candy wrapper collector, collectible, collecting candy, confectionery, confections, licensed, Mario Brothers, Nintendo, packaging, Super Mario, sweets, video games, vintage candy wrapper, wrapper. Bookmark the permalink.