Make the jump to see more and get the story of how I tracked these down!

Happy April Fool’s Day!!  Did I get you?

If you haven’t already figured it out, today’s post is my little bit of April Fool’s Day fun.  Longtime visitors to my Flickr will have already figured this out as one of today’s wrappers is a rehash of an old Flickr April Fool’s Day creation, the Marathon Peanut Butter bar.  I did give the Marathon Peanut Butter wrapper a touch more flare today, with “pb” initials now appearing as part of the logo design:

The next piece is also a bit of a sequel to something I first mocked-up for Flickr; my creation of a 1970’s version of a Just Born Hot Tamales Ice box.  I came up with the idea when Just Born launched the Hot Tamales Ice brand spinoff, but back then I only had the front panel created – for today I did up the entire box: 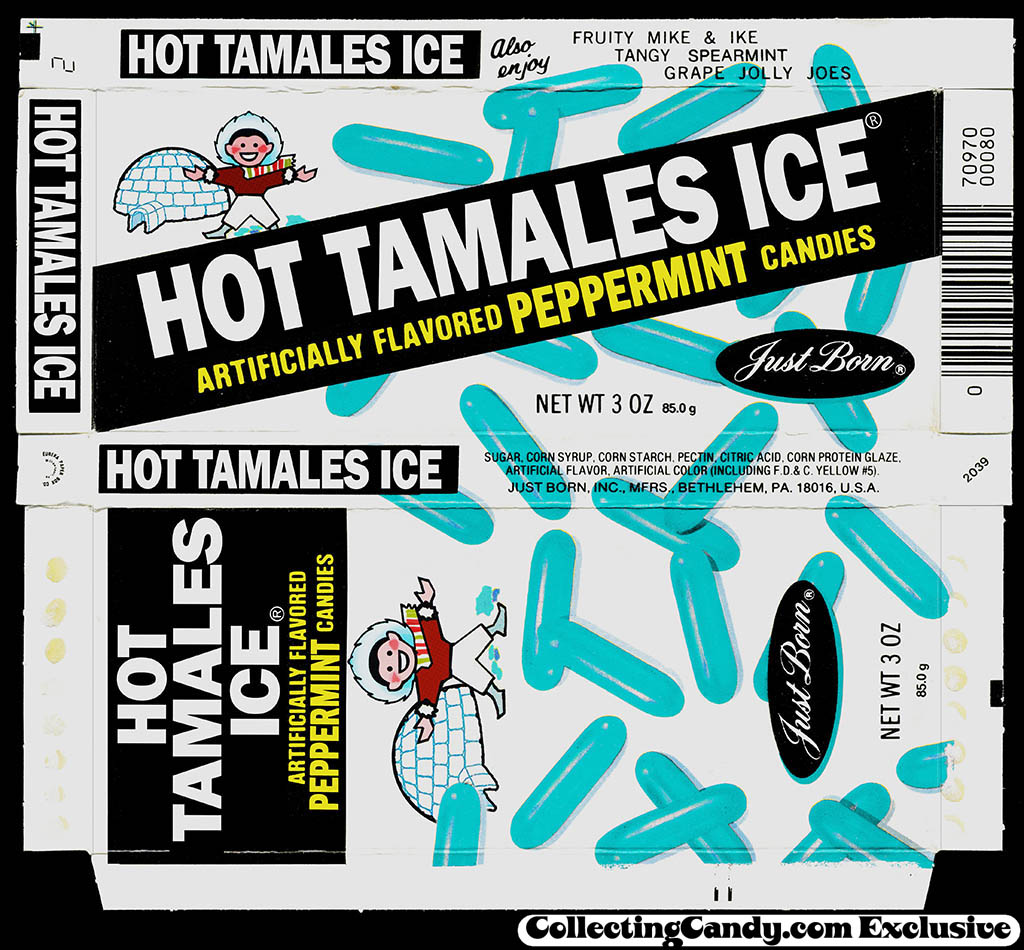 And last but not least, my new flavor of Willy Wonka’s Oompas candy, the never-produced Tangerine Oompas:

I built this Tangerine Oompas design over the scan of an actual Strawberry Oompas package.  Strawberry Oompas are a pretty unusual brand extension on their own, and one you can find discussed over on my Willy Wonka’s Outstanding Oompas post.

So while today’s “discoveries” are merely products of April Fool’s imagination, if there’s one thing I’ve learned while collecting candy; it’s that what seems like it could only be imaginary one day, can turn out to have been an actual product the next.  Over the years, manufacturers have tried out all sorts of oddball flavors of brands we know and love, and while many of these have been forgotten – some may be rediscovered still.

For today however, our discussion shall be limited to the realm of made-up April Fool’s Day fun.

Thanks for stopping by, and I’ll see you next time!

A New York City based writer, editor and sometimes actor. After spending much of the 1990′s in the comic book business helping tell the stories of Marvel Comics’ X-Men as series editor, he has since split his time between developing his own entertainment properties while still consulting and working on others. Having been described as “the Indiana Jones of lost and forgotten candy”, Jason is one of the country’s premier candy collectors and historians with his discoveries appearing in countless blogs, magazines, newspaper articles, and books. Always happy to share his knowledge and unique perspectives on this colorful part of our popular culture, Jason has consulted with New York’s Museum of Food and Drink and has also been a featured guest on Food Network’s Heavyweights, France’s M6 Capital, and New York’s TheActionRoom.com. My Google Profile+
View all posts by Jason Liebig →
This entry was posted in 1970's, 1980's, Chocolate, Holiday, Mars and tagged April Fool's Day. Bookmark the permalink.