Starting with the 2011 Christmas season, Mars has been releasing sets of holiday-themed standard-sized M&M’s packages.  Though they’d been producing large-size packs with holiday themes and graphics for years, these standard-size holiday packs were new.  Since their introduction, we’ve seen two different Christmas holiday sets (both standard and Mint), a Valentine’s Set, and even a delicious Candy Corn Halloween Set.

Today, I’m going to take a look at the twelve different standard-sized M&M’s pack designs that Mars created for the Easter Holiday season.

The following pack designs were first introduced during the 2012 Easter holiday season, but returned for a encore appearance in 2013.  There are twelve different packs altogether, six each of Milk Chocolate and Peanut variety.  Here they are: 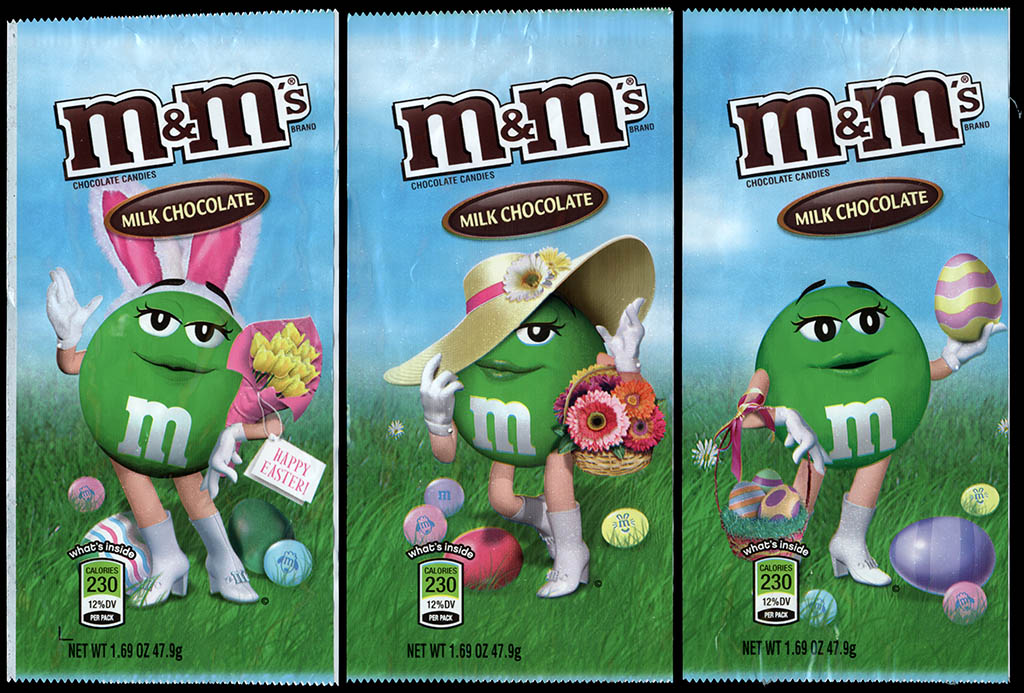 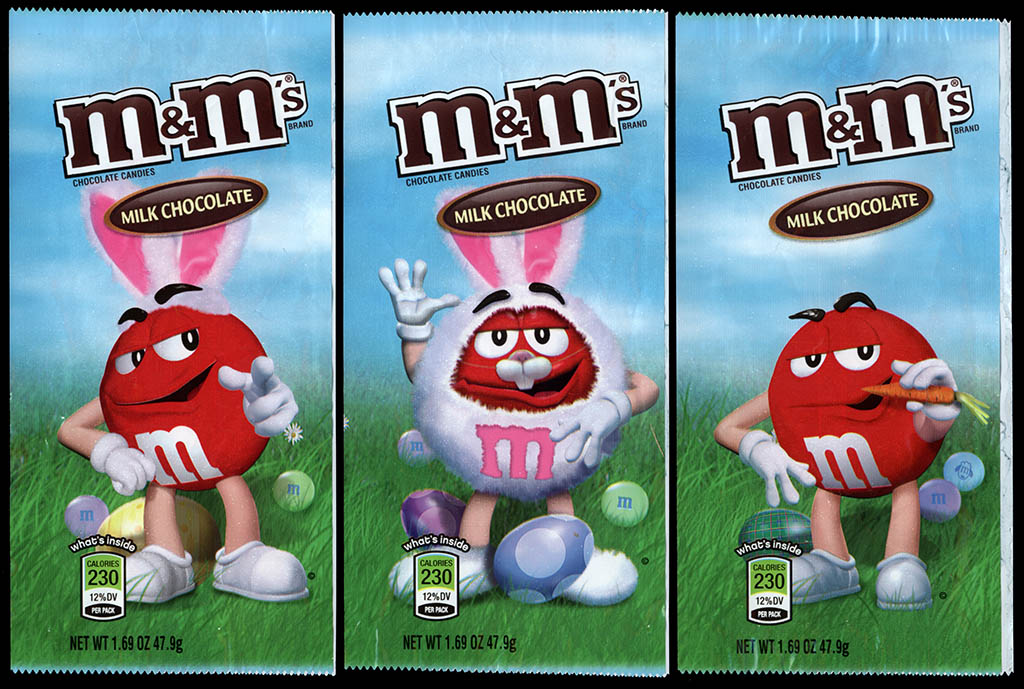 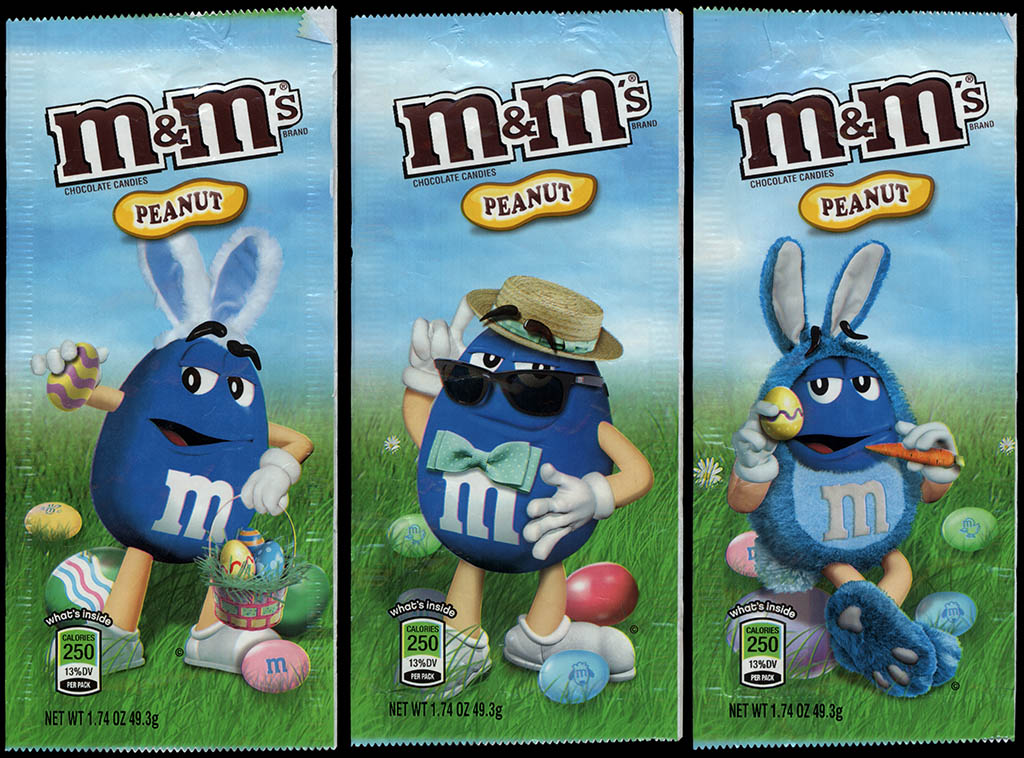 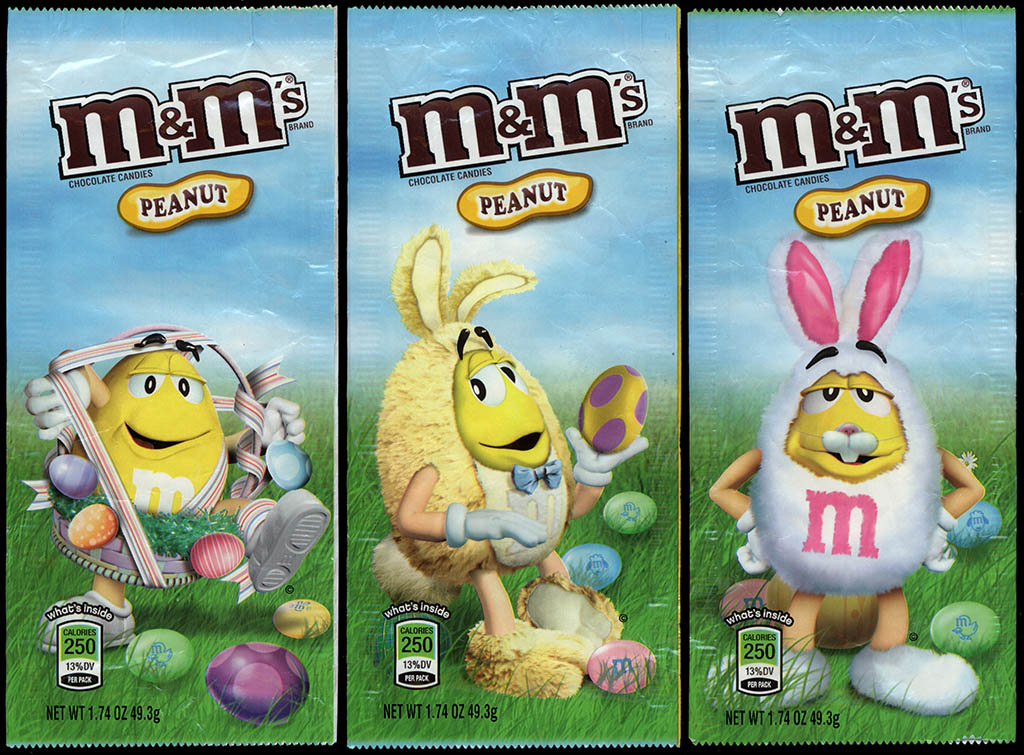 And as with the previous holiday releases, each variety saw two different package back styles: 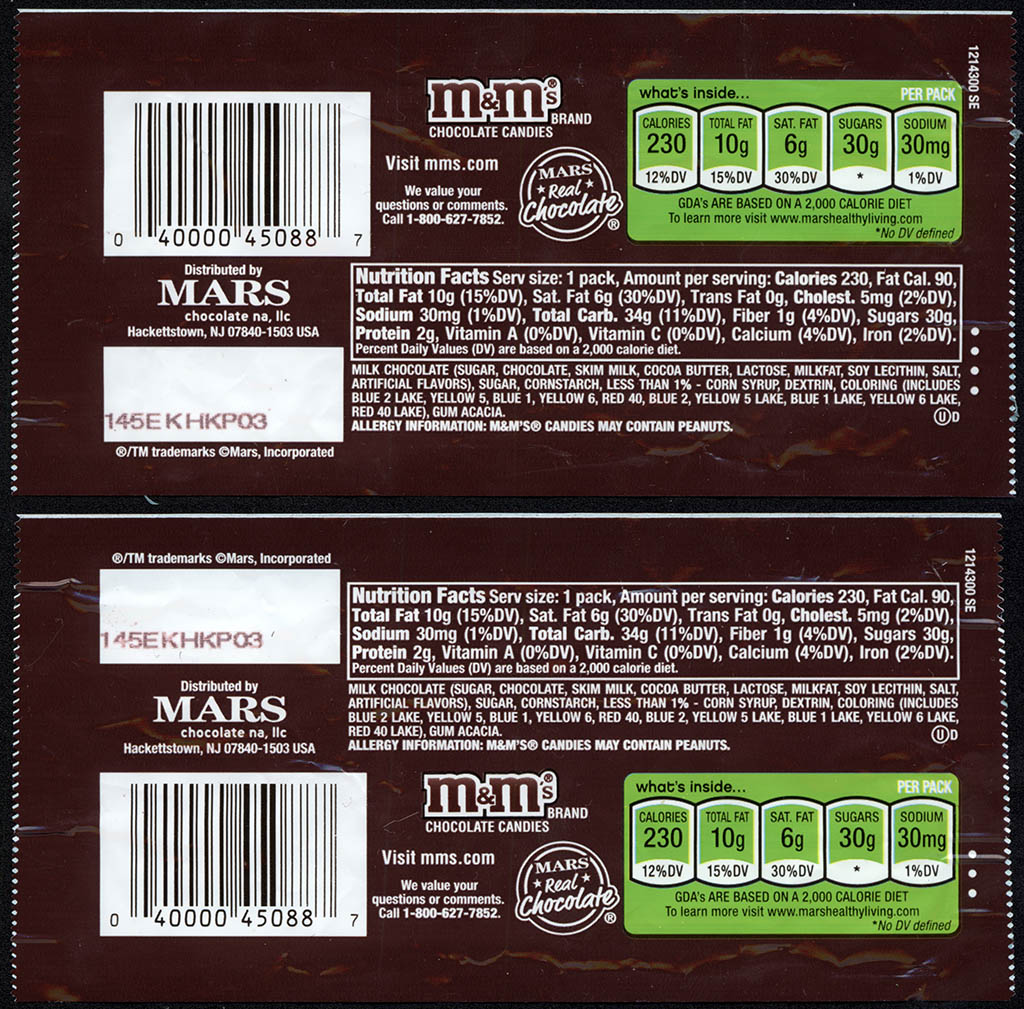 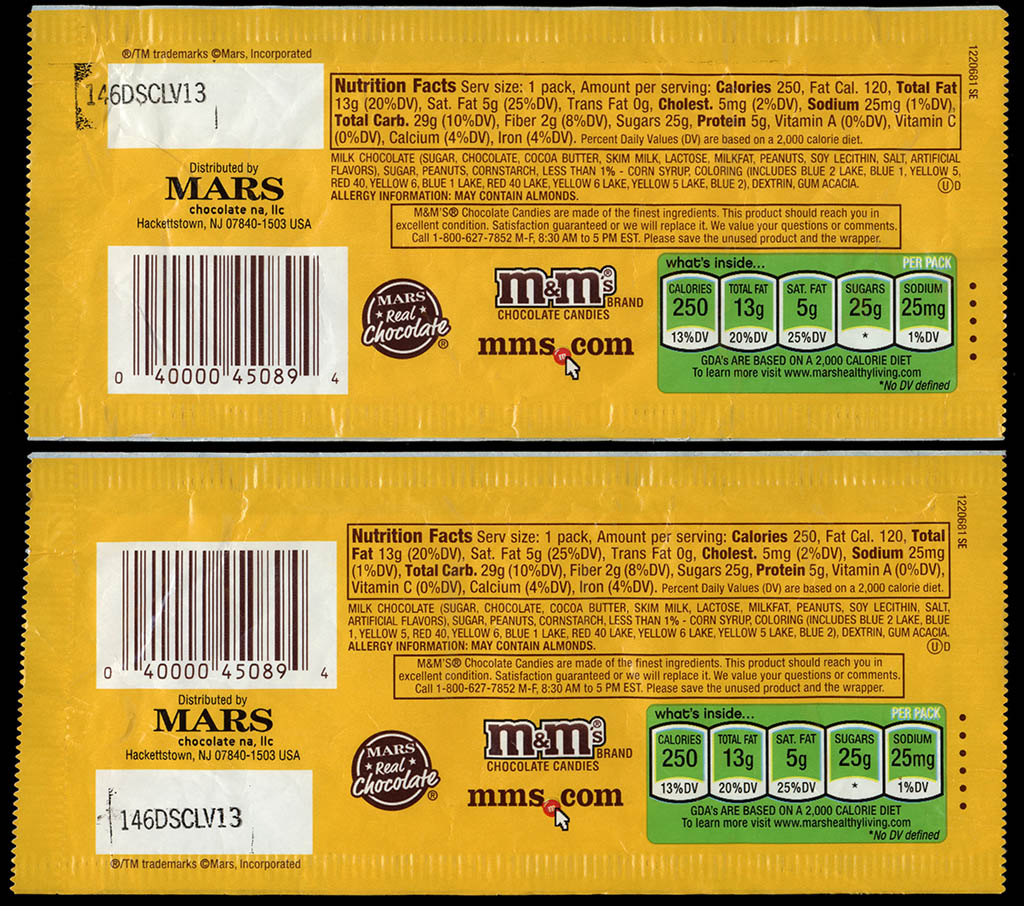 It’s a fantastic set of twelve packs, and I really enjoy the fun they have with the mascots on these.  I’ll be curious to see if these same pack designs come back for a third year next year or if Mars comes up with a new-look set.  As a collector it would be fun to see them switch it up by giving us something new – but I wouldn’t be surprised to see these return.

One last piece to share today is a little Easter Fun-Size pack of M&M’s Minis.

A New York City based writer, editor and sometimes actor. After spending much of the 1990′s in the comic book business helping tell the stories of Marvel Comics’ X-Men as series editor, he has since split his time between developing his own entertainment properties while still consulting and working on others. Having been described as “the Indiana Jones of lost and forgotten candy”, Jason is one of the country’s premier candy collectors and historians with his discoveries appearing in countless blogs, magazines, newspaper articles, and books. Always happy to share his knowledge and unique perspectives on this colorful part of our popular culture, Jason has consulted with New York’s Museum of Food and Drink and has also been a featured guest on Food Network’s Heavyweights, France’s M6 Capital, and New York’s TheActionRoom.com. My Google Profile+
View all posts by Jason Liebig →
This entry was posted in Chocolate, Easter, Holiday, M&M's, Mars and tagged candy collecting, candy collection, candy collector, candy wrapper collection, candy wrapper collector, collectible, collecting candy, confectionery, confections, Easter, Easter candy, holiday candy, M&M's, packaging, sweets, vintage candy wrapper, wrapper. Bookmark the permalink.