Today is March 14th or 3/14, so it’s International Pi Day!  Pi Day is the celebration of mathematics (or 3.14… the ratio of a circle’s circumference to its diameter).   But here at CollectingCandy.com, we figured we could best mark the day with some actual candy-related pie boxes!

I’m a candy packaging collector so I don’t collect every candy-related thing I see, but I did think to save these pie boxes a few years ago and I’m glad I did.  Today I can share with you this neat trio of candy-related dessert pie boxes in honor of Pi Day.  So let’s get to ’em.

First up are a pair of boxes that I got while grabbing drive-thru at my local Burger King.  These may have both been available at the same time, or it’s possible that one replaced the other – I don’t recall.  But they come out in 2010 for a limited time, and I can tell you they were both delicious. 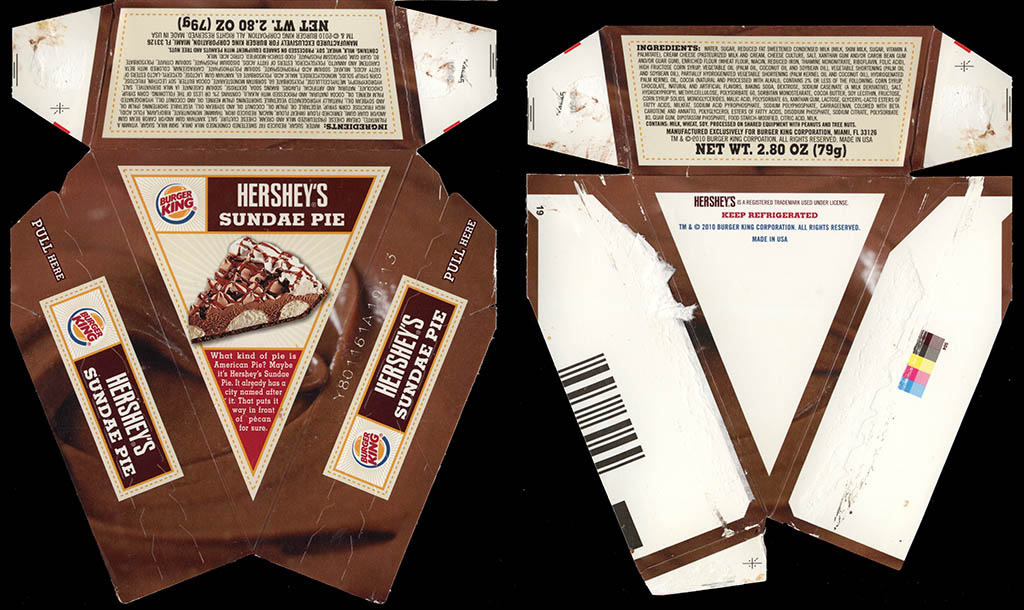 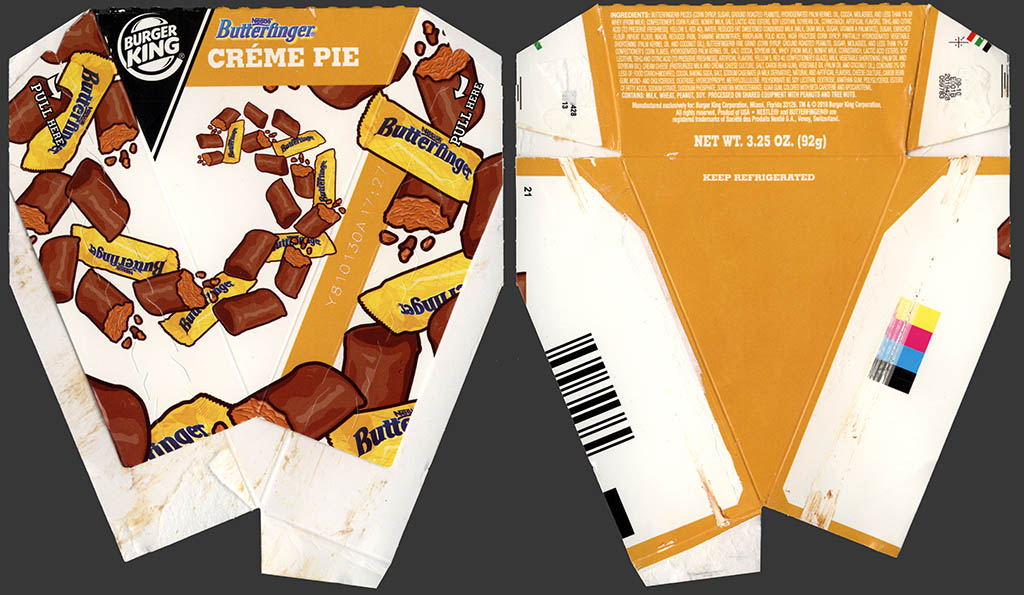 The next piece I have to share is one I picked up at the grocery store, but I’m sure it caught my eye because of my happy experience with the BK pies.  This is from the Schwan’s Food Company and it’s the box for their Reese’s Pie!

I did find one more pie at the store the night that I found the Reese’s, and though it wasn’t candy-related, I thought you’d enjoy seeing the box for it today.

And that’s everything I’ve got to share for this mathematically-themed holiday.  Hope everyone enjoys some Pi today… or maybe just some delicious pie!

I’d like to send you off with one of my favorite cartoons from my pal, Dan Goodsell:

Dan Goodsell’s Mr. Toast and Friends “We Like Pie”

A New York City based writer, editor and sometimes actor. After spending much of the 1990′s in the comic book business helping tell the stories of Marvel Comics’ X-Men as series editor, he has since split his time between developing his own entertainment properties while still consulting and working on others. Having been described as “the Indiana Jones of lost and forgotten candy”, Jason is one of the country’s premier candy collectors and historians with his discoveries appearing in countless blogs, magazines, newspaper articles, and books. Always happy to share his knowledge and unique perspectives on this colorful part of our popular culture, Jason has consulted with New York’s Museum of Food and Drink and has also been a featured guest on Food Network’s Heavyweights, France’s M6 Capital, and New York’s TheActionRoom.com. My Google Profile+
View all posts by Jason Liebig →
This entry was posted in Chocolate, Hershey, Nestle, Peanut Butter and tagged Burger King, candy collecting, candy collection, candy collector, candy wrapper collection, candy wrapper collector, collectible, collecting candy, confectionery, confections, Dan Goodsell, dessert, Mr. Toast, packaging, Pi, Pie, sweets, vintage candy wrapper, wrapper. Bookmark the permalink.