Today it’s a fun one for Friday.   This wrapper comes from Canada and I’m pretty sure the 1980’s.  It’s a Cadbury “Fun Bar” which was their sub-brand of fundraising bars at the time.   This is one of my favorite Christmas-themed wrappers, and I’ll explain why after a bit.

This isn’t a wrapper for an established brand, and in fact the only name on the wrapper is the greeting, “Merry Christmas” and “Joyeux Noël”.  What makes the wrapper cool, and in fact what I love about it, is the version of Santa Claus it features.  Here’s the wrapper: 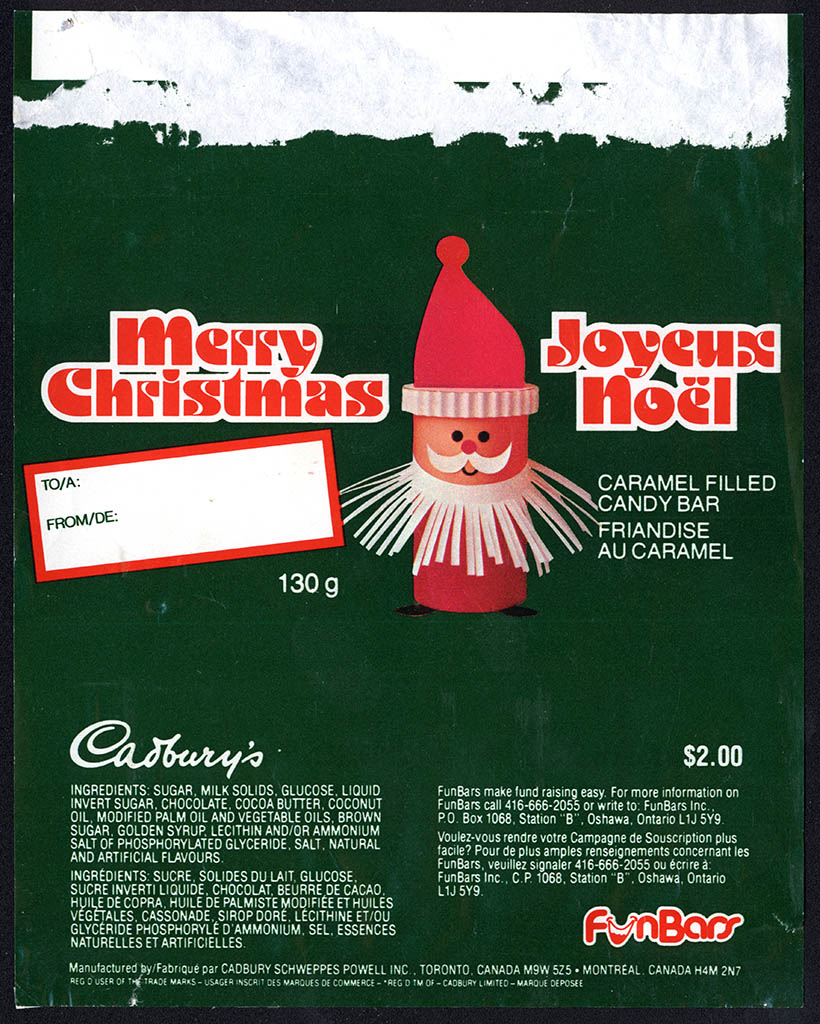 You might have noticed upon first seeing it, though I didn’t when I first acquired this wrapper, is that the Santa is an illustration of a construction paper craft.   I think it’s such an unusual design element, but one that really works.

Here’s a close-up on the Santa graphic: 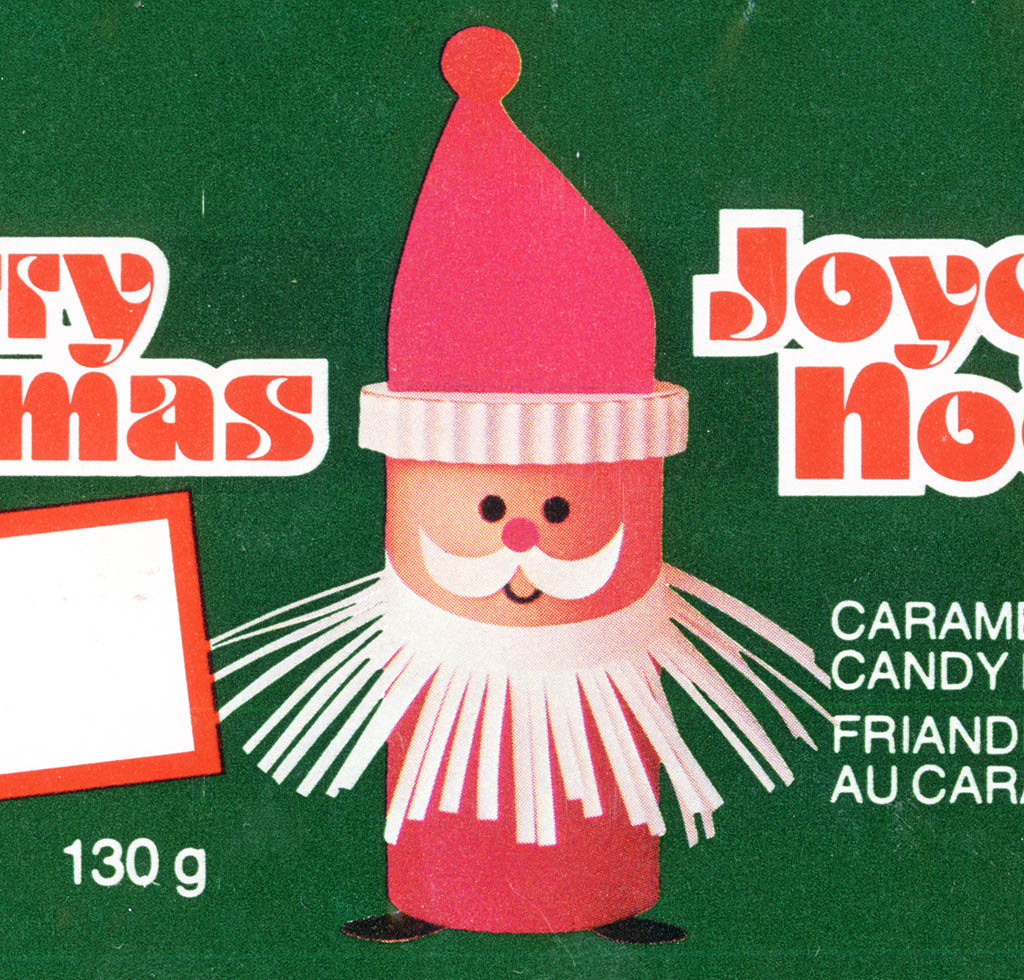 You might have also noted the $2.00 price on this one.   This wrapper was for a pretty large bar but even so I’m guessing that price is inflated for the fundraising aspect of it all.

And that’s everything for today’s post.  It’s back to family holiday fun for me.  See you next time!

A New York City based writer, editor and sometimes actor. After spending much of the 1990′s in the comic book business helping tell the stories of Marvel Comics’ X-Men as series editor, he has since split his time between developing his own entertainment properties while still consulting and working on others. Having been described as “the Indiana Jones of lost and forgotten candy”, Jason is one of the country’s premier candy collectors and historians with his discoveries appearing in countless blogs, magazines, newspaper articles, and books. Always happy to share his knowledge and unique perspectives on this colorful part of our popular culture, Jason has consulted with New York’s Museum of Food and Drink and has also been a featured guest on Food Network’s Heavyweights, France’s M6 Capital, and New York’s TheActionRoom.com. My Google Profile+
View all posts by Jason Liebig →
This entry was posted in 1980's, 1990's, Cadbury, Canadian, Christmas, Holiday and tagged candy collecting, candy collection, candy collector, candy wrapper collection, candy wrapper collector, Christmas, collectible, collecting candy, confectionery, confections, packaging, Santa, Santa Claus, sweets, vintage candy wrapper, wrapper. Bookmark the permalink.