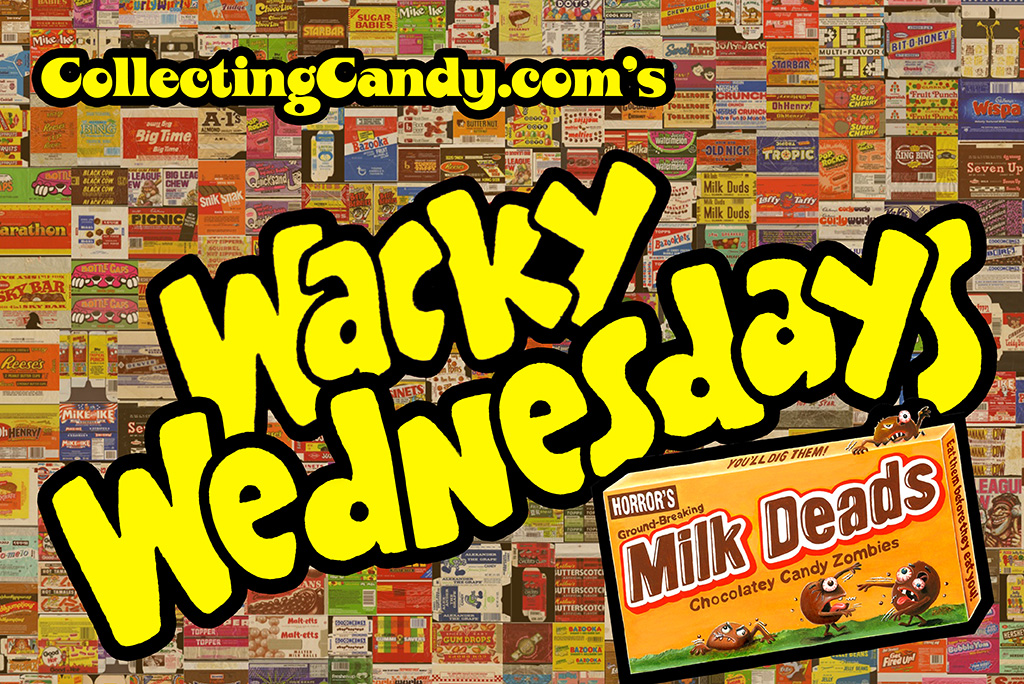 I’ve been working on a big two-day Milk Duds posting which I’d intended to start yesterday, but it’s taken more work than expected so now it’ll start tomorrow.  Because of that Milk Duds theme, I decided to do something a bit unusual for today’s edition of Wacky Wednesdays.

By unusual, I mean that today I’m showcasing a Wacky Package design that has yet to actually go on-sale.  Previewed over at Beckett.com, this one comes from the upcoming Wacky Packages All New Series 10, shipping in March of 2013.  It’s Milk Deads!

Based on a recent style of Milk Duds box, this one goes all zombie and hits the funny note more than the horror – which is appropriate for a Wacky Packages parody.
Here’s a closer look at this soon-to-be-released design:

I dig this one… it’s a good bit of fun.   I’m assuming that the art is how it will appear when it shows up in packs next year, but you never know.  Sometimes there are tweaks and changes that get incorporated in the weeks before going to press.   Whatever the case, I think this is going to be a great new addition to the family of candy-parody Wackys.

I picked up a box of Milk Duds currently on shelves to match to this one but the current box didn’t quite match the Wacky.  It didn’t have the Hershey logo on the front, a design element used in the parody sticker.  In order to find a perfectly matching box, I had to go back a year, and to my files.  Here’s the box I had that matches this Wacky quite nicely: 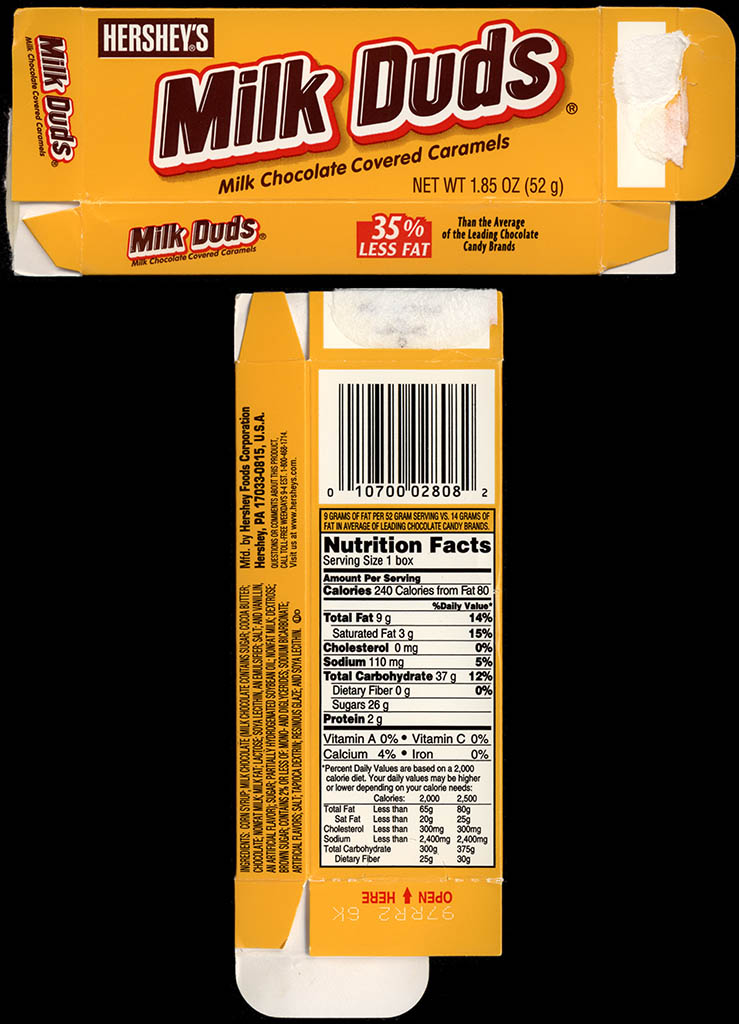 So that’s it for this slightly unconventional edition of Wacky Wednesdays.  I hope  you enjoyed it, and enjoyed the sneak preview of Wacky Packages All-New Series 10.

It’s amazing to think that the new Wackys are all the way to a tenth series.  All New Series 1 first went on-sale in 2004, which means these Wackys have been chugging along for nearly a decade.  Pretty awesome.

Today’s edition featured a parody of Milk Duds and it’s the perfect setup for my next two days of posts, where I will be showcasing a larger variety of Milk Duds boxes than have ever been gathered together…as well as a few cool surprises that have never been seen anywhere before.  I hope you stop back by to check it out.

It’s gonna be fun, so I’ll sign off here as I’ve still got lots of work to do and I’ll see you next time!

A New York City based writer, editor and sometimes actor. After spending much of the 1990′s in the comic book business helping tell the stories of Marvel Comics’ X-Men as series editor, he has since split his time between developing his own entertainment properties while still consulting and working on others. Having been described as “the Indiana Jones of lost and forgotten candy”, Jason is one of the country’s premier candy collectors and historians with his discoveries appearing in countless blogs, magazines, newspaper articles, and books. Always happy to share his knowledge and unique perspectives on this colorful part of our popular culture, Jason has consulted with New York’s Museum of Food and Drink and has also been a featured guest on Food Network’s Heavyweights, France’s M6 Capital, and New York’s TheActionRoom.com. My Google Profile+
View all posts by Jason Liebig →
This entry was posted in Hershey, Topps, Wacky Packages and tagged candy collecting, candy collection, candy collector, candy wrapper collection, candy wrapper collector, collectible, collecting candy, confectionery, confections, Hershey's, Milk Duds, packaging, sweets, vintage candy wrapper, Wacky Packages, Wacky Packages original products, Wacky Packs, wrapper. Bookmark the permalink.