Today I’m going to step a little sideways and cover a topic of confection that is just on the edge of candy – Harmon’s flavored toothpix.

Some of you may be old enough to remember the happy toothpick mascot on the small wax-paper packets that contained Harmon’s Fire Pix.  Produced in McCook, Nebraska for nearly half a century, Bob Harmon ran the business until his retirement.  A few years later, he would briefly return to selling flavored toothpicks, before his passing in 2008.   The Harmon’s Webstore is no longer selling product, though the website remains here.  [Edit: I’m told that Bud was Mr. Harmon’s first name, not Bob.]

I’ve talked about my love of cinnamon-flavored candy here on the site many times, so it should come as no surprise that I was a longtime fan of Harmon’s Hot Cinnamon Fire Pix.  Since I grew up in Nebraska, they were always readily available at just about every sales counter in town.

I’ve always had fond recollections of them, but as a collector I learned that Harmon’s produced more than just the cinnamon-flavored Fire Pix – so I set out to get them all.  After years of collecting I finally completed my set of Harmon’s flavors, and now I’m going to share them all with you.   Here we go: 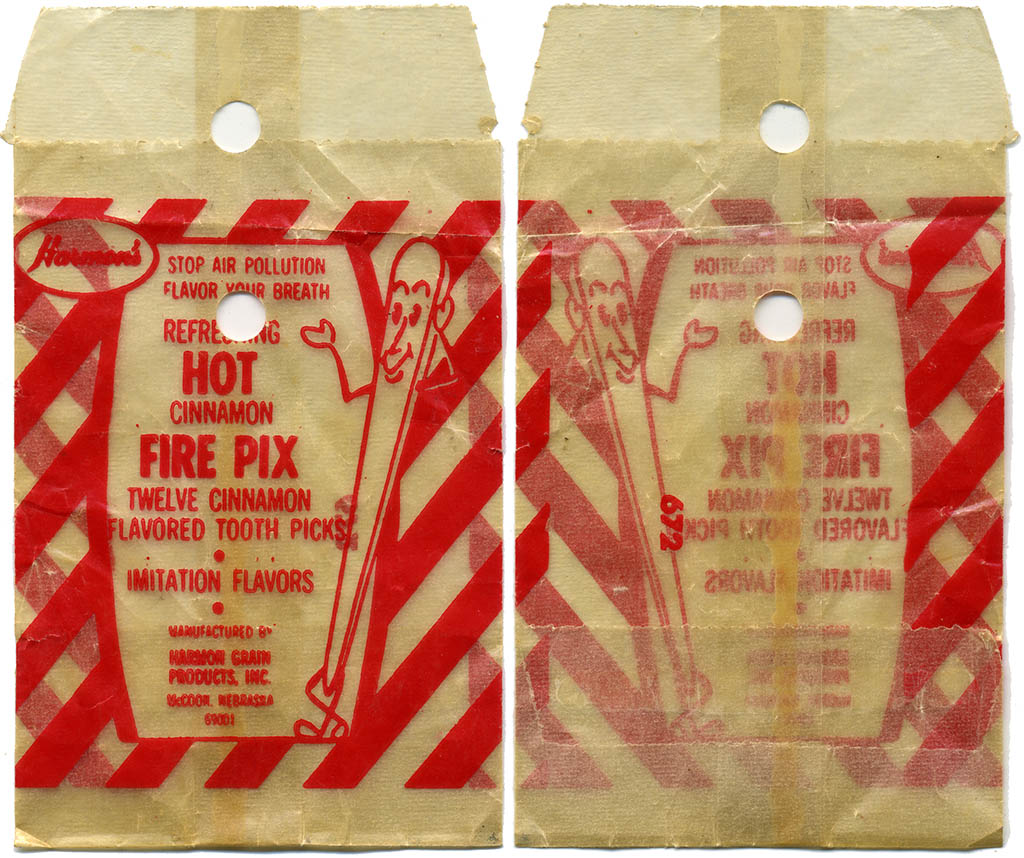 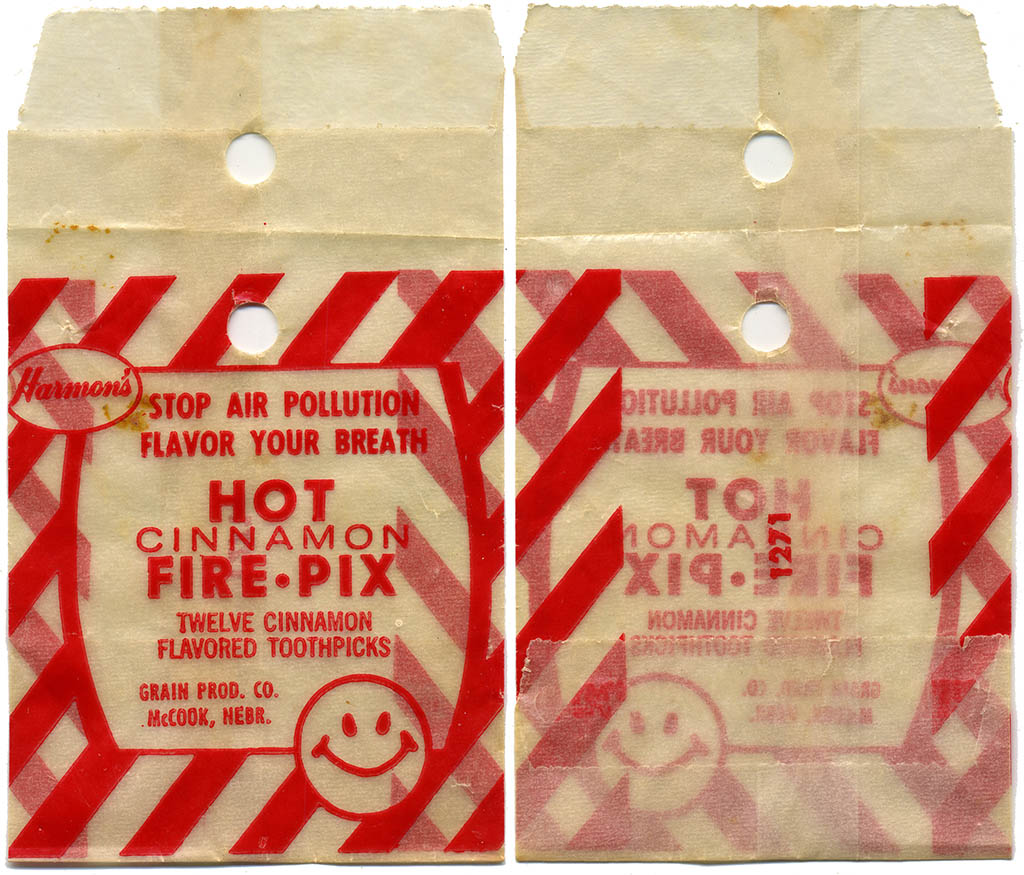 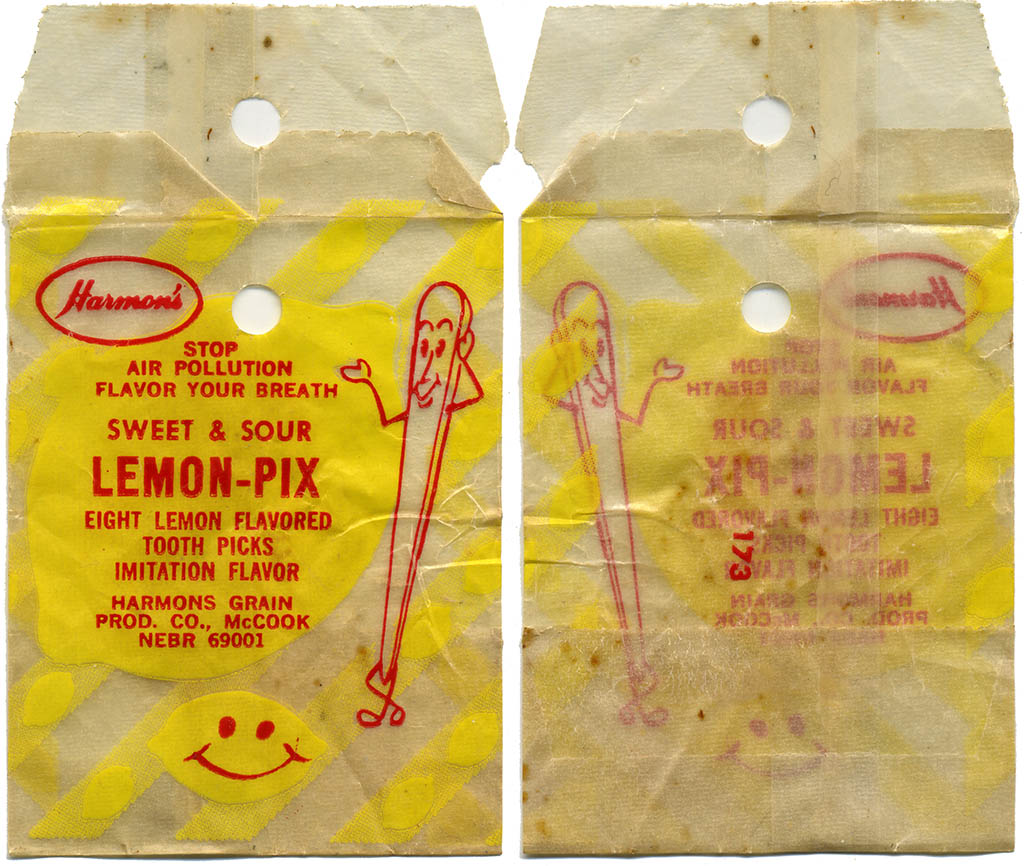 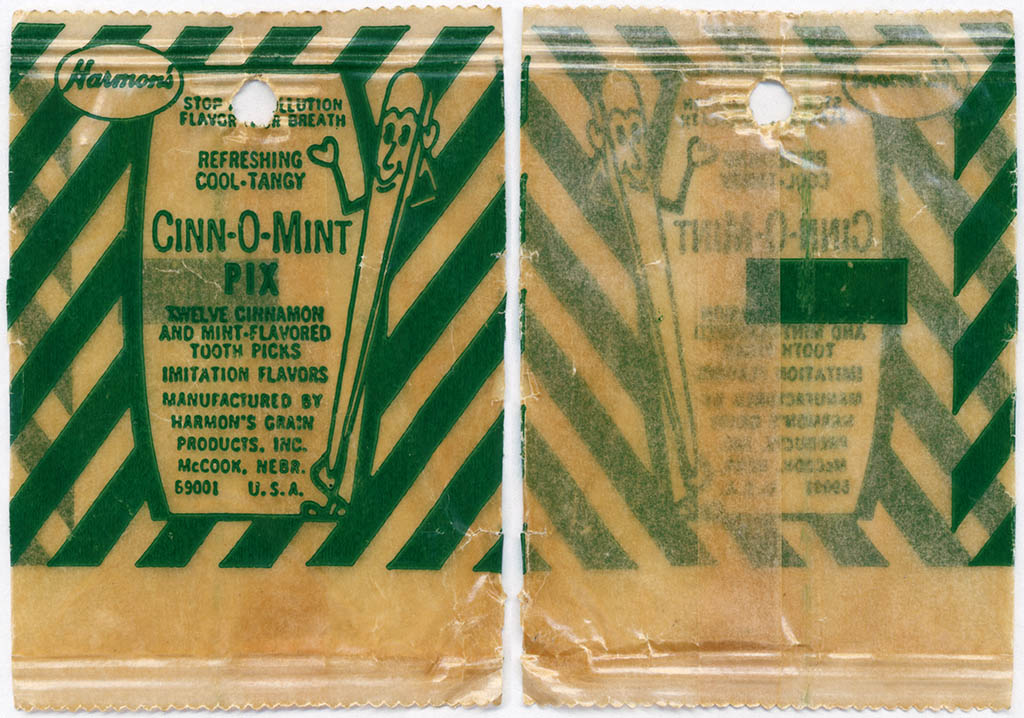 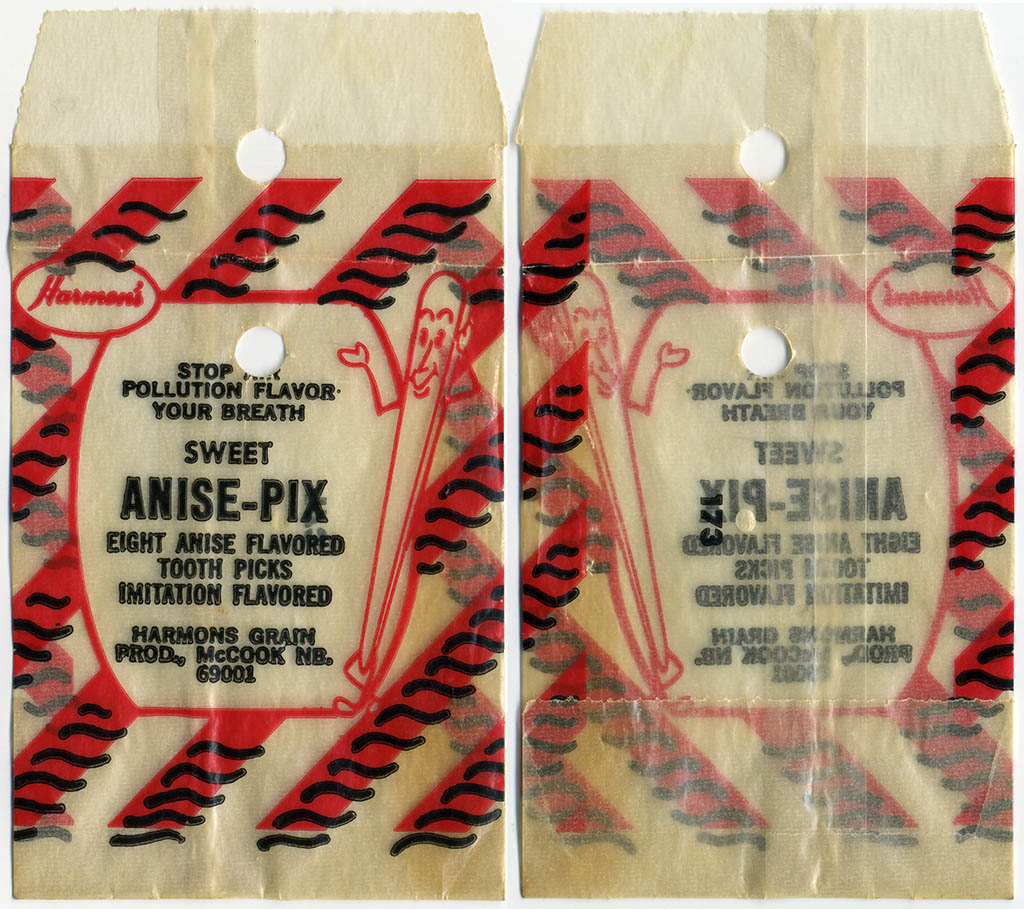 From everything I’ve been able to turn up in my research, those are all of the flavors of pix that Harmons ever produced.

I have one other piece related to Harmon’s flavored pix – a vintage candy trade ad.  This showcases all of the flavors that were sold at the time [It would seem that the Lemon and Anise pix were introduced in 1973]:

A New York City based writer, editor and sometimes actor. After spending much of the 1990′s in the comic book business helping tell the stories of Marvel Comics’ X-Men as series editor, he has since split his time between developing his own entertainment properties while still consulting and working on others. Having been described as “the Indiana Jones of lost and forgotten candy”, Jason is one of the country’s premier candy collectors and historians with his discoveries appearing in countless blogs, magazines, newspaper articles, and books. Always happy to share his knowledge and unique perspectives on this colorful part of our popular culture, Jason has consulted with New York’s Museum of Food and Drink and has also been a featured guest on Food Network’s Heavyweights, France’s M6 Capital, and New York’s TheActionRoom.com. My Google Profile+
View all posts by Jason Liebig →
This entry was posted in 1970's and tagged candy collecting, candy collection, candy collector, candy wrapper collection, candy wrapper collector, collectible, collecting candy, confectionery, confections, packaging, sweets, vintage candy wrapper, wrapper. Bookmark the permalink.

37 Responses to A Different Kind of Confection – Harmon’s Flavored Toothpix!