Over the weekend, I had the pleasure to appear on the Good Day Sacramento show for a short segment on Halloween candy where they took a look at CollectingCandy.com and interviewed me about it.

The show is hosted by Cody Stark (the gentlemen who asked me to come on to the show) and Amy Carabba, and they were both in full costume for the episode.  Cody and Amy were both great to talk to, and they were both wonderful hosts as they peered into my candy-filled world.   Too often I’d expect to see a more dismissive kind of coverage of the topic, but these guys were both entertaining and thoughtful.

I was able to do the live interview over FaceTime technology, and it seemed to work pretty well.   I had a bit of a wait before they got to my segment, so I snapped a pic of my side of things. 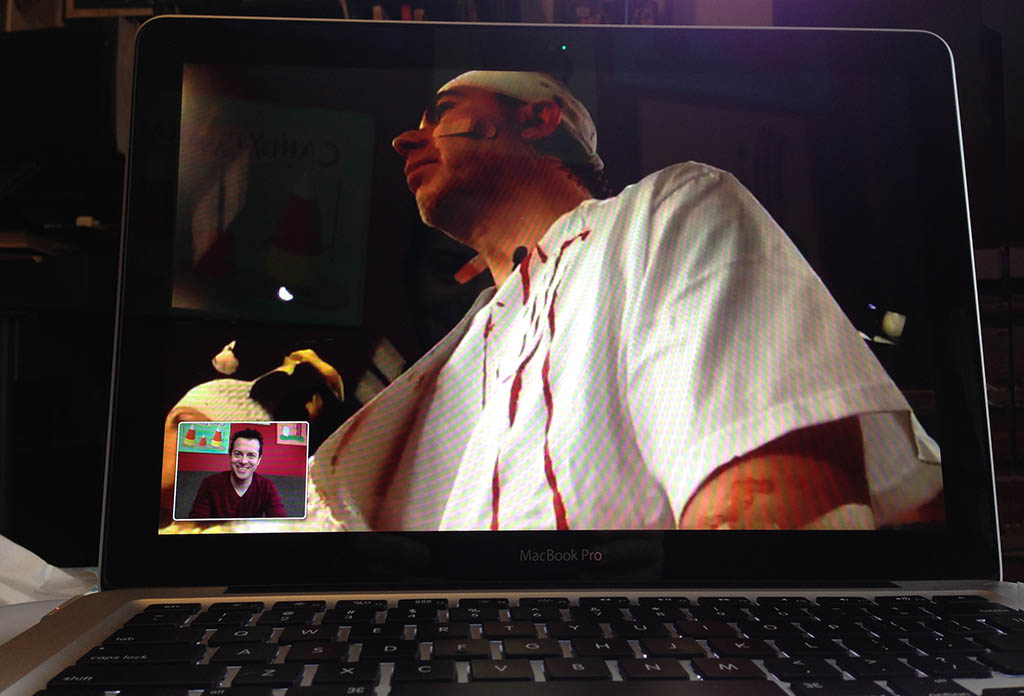 Behind the Scenes at Good Day Sacramento

You can see the full four-minute interview via the official Good Day Sacramento site at this link here or you can see the version I embedded later on in this post. 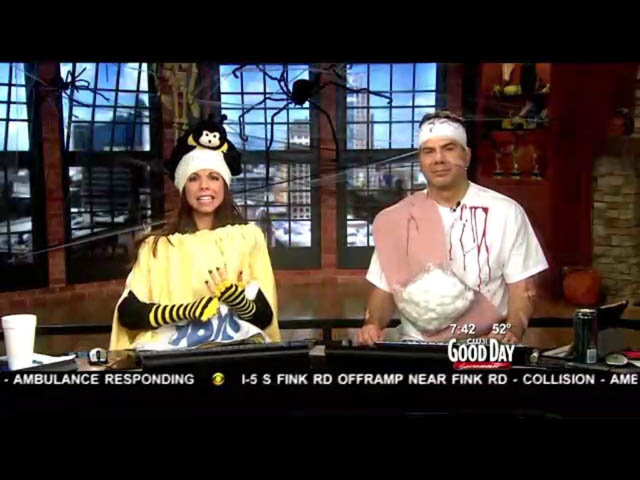 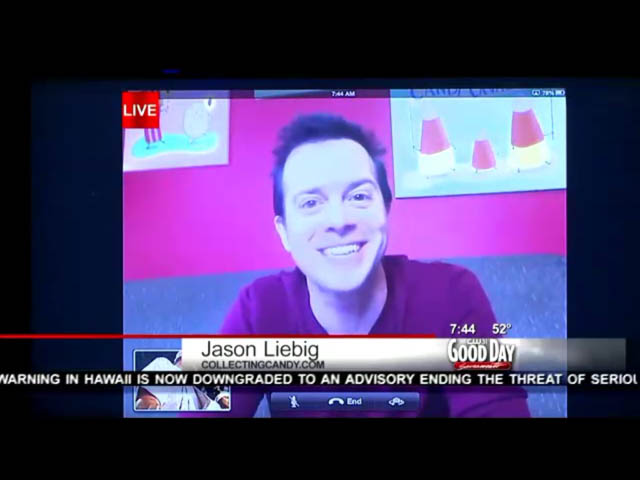 I’d love to hear what you guys think of the interview, so if you’ve got some feedback, leave a comment.

And that’s everything for today’s post.  I’ve battened down the hatches here as I’m currently in the middle of Hurricane Sandy.  See you next time!

A New York City based writer, editor and sometimes actor. After spending much of the 1990′s in the comic book business helping tell the stories of Marvel Comics’ X-Men as series editor, he has since split his time between developing his own entertainment properties while still consulting and working on others. Having been described as “the Indiana Jones of lost and forgotten candy”, Jason is one of the country’s premier candy collectors and historians with his discoveries appearing in countless blogs, magazines, newspaper articles, and books. Always happy to share his knowledge and unique perspectives on this colorful part of our popular culture, Jason has consulted with New York’s Museum of Food and Drink and has also been a featured guest on Food Network’s Heavyweights, France’s M6 Capital, and New York’s TheActionRoom.com. My Google Profile+
View all posts by Jason Liebig →
This entry was posted in CountdownToHalloween, Halloween and tagged candy collecting, candy collection, candy collector, candy wrapper collection, candy wrapper collector, collectible, collecting candy, confectionery, confections, packaging, sweets, vintage candy wrapper, wrapper. Bookmark the permalink.