As a candy packaging historian, a resource I’ve found to be invaluable are vintage candy industry trade periodicals.  With names like National Candy Wholesaler and Candy Marketer, these magazines were subscribed to by people who worked inside the candy business and industry.

Because of their target audience, the ads in trade magazines were decidedly different than the ones that targeted the end consumer.  These are ads that most folks outside of the candy industry have rarely seen.

Today, I’ve selected a number of these cool vintage industry trade ads that were focused on Halloween seasonal offerings.  So let’s get to it!

First up are a pair of ads that reflect the male-dominated world of sales in the 1960’s and early 1970’s.   The ticker-tape machine in this first trade ad certainly helps date it: 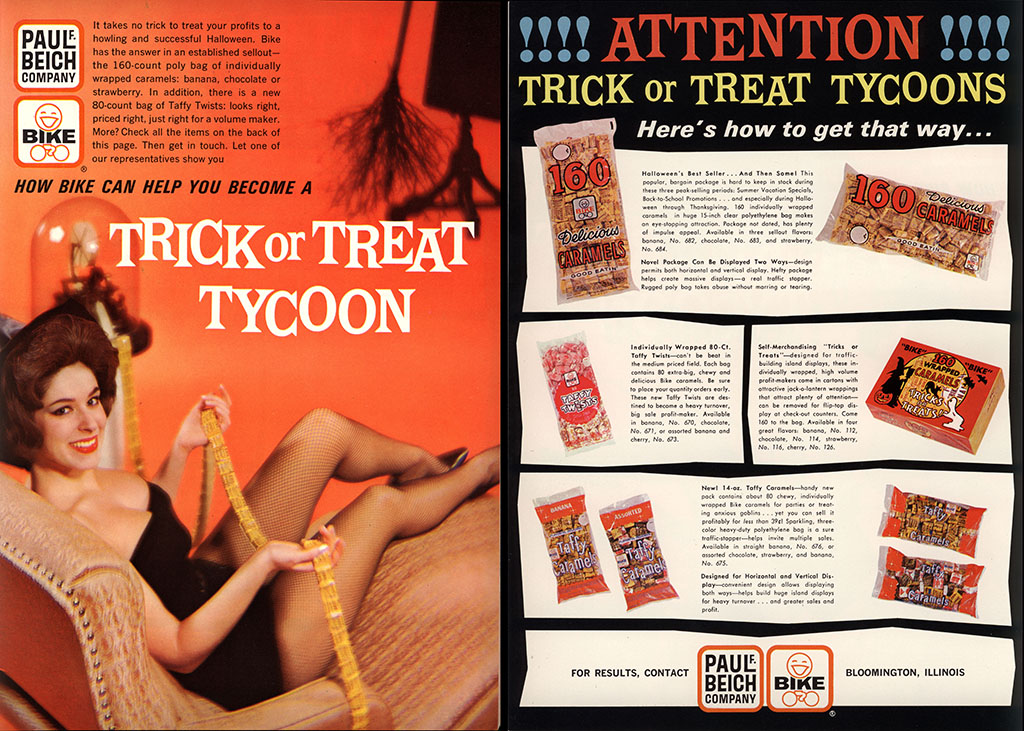 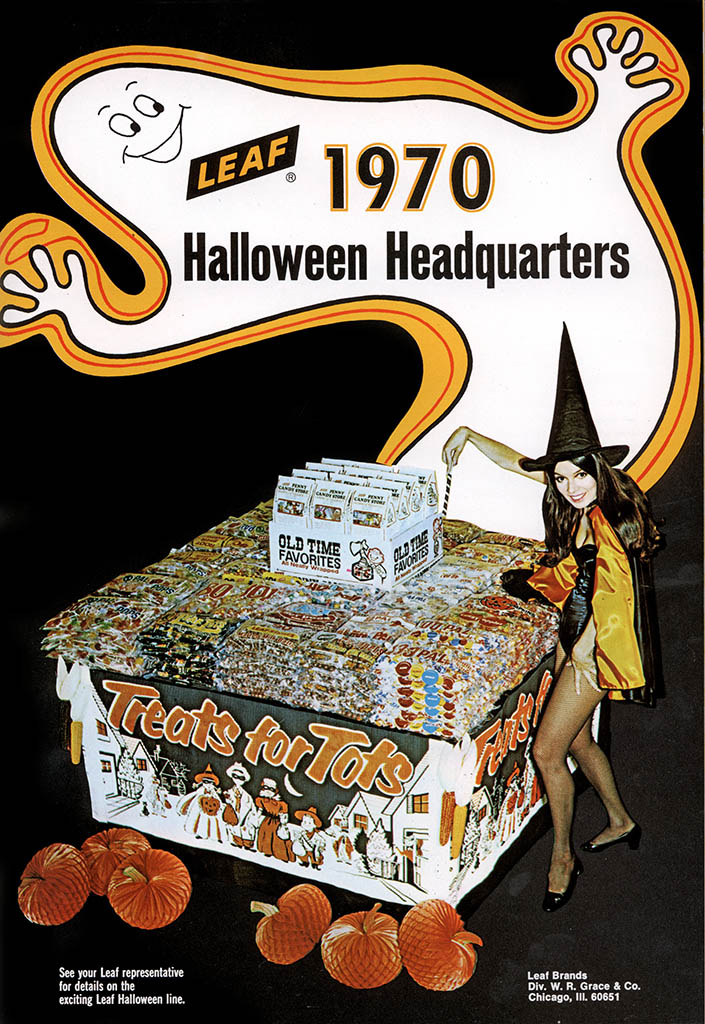 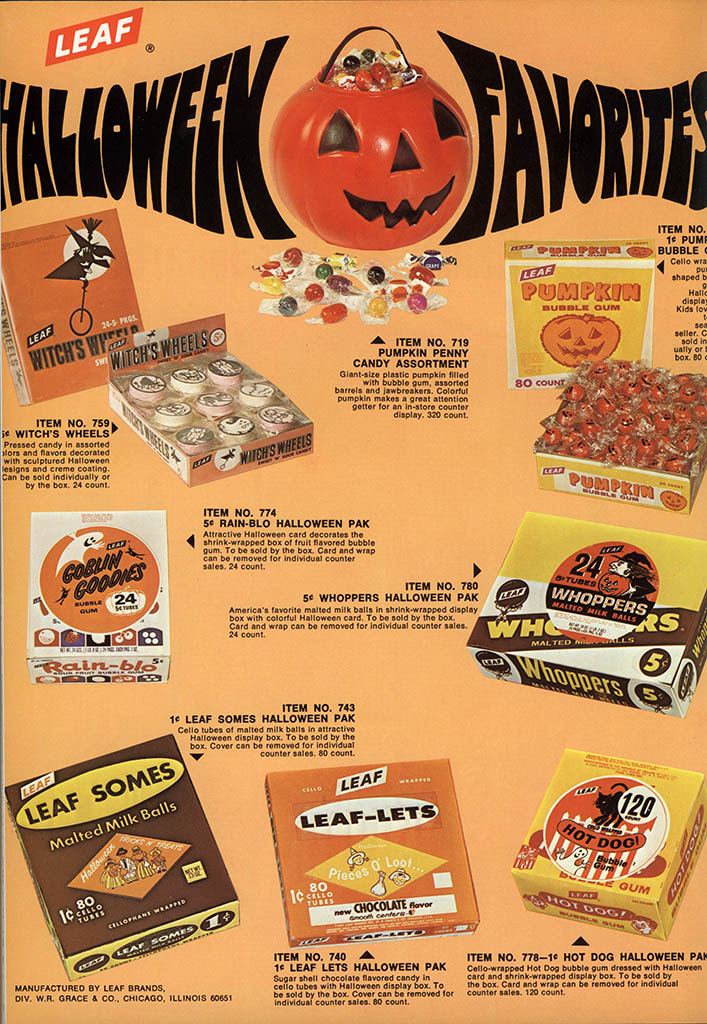 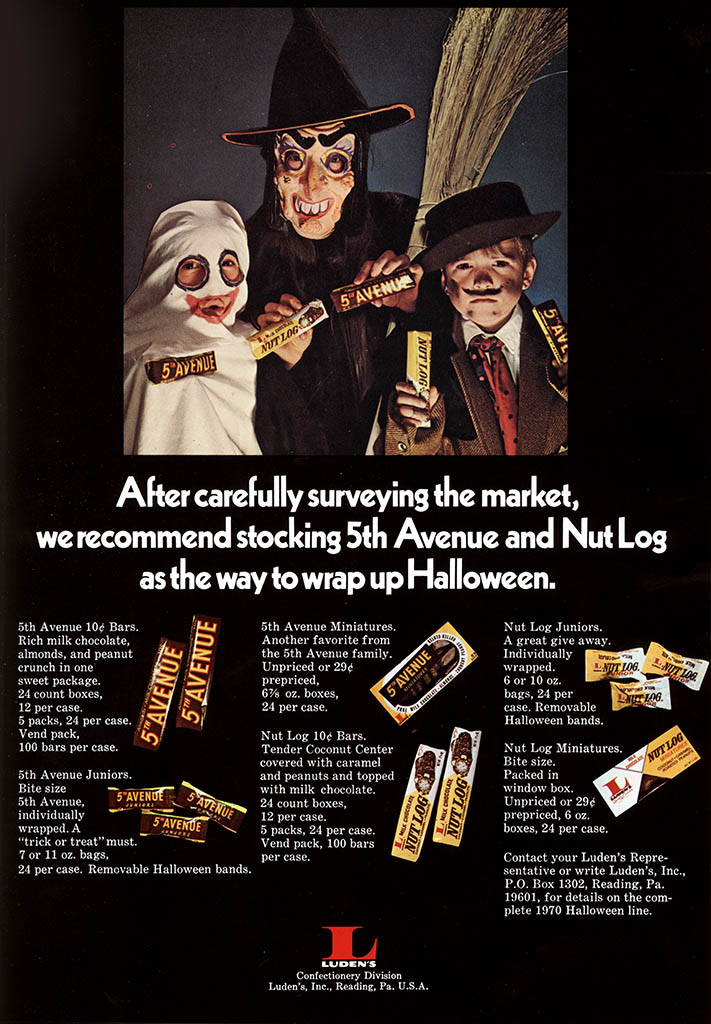 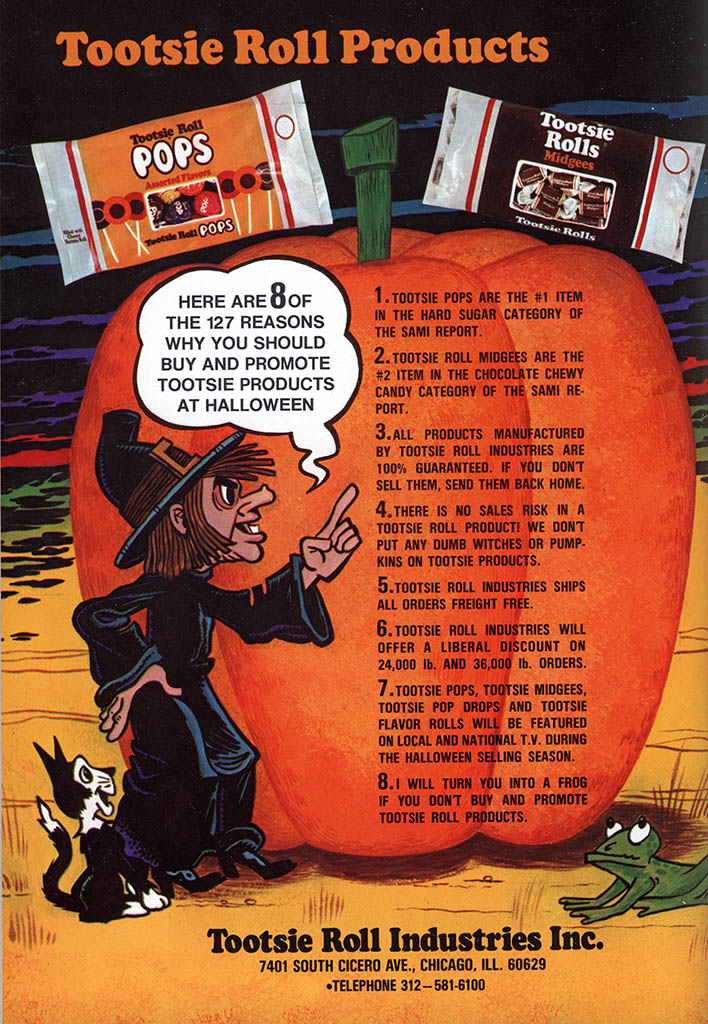 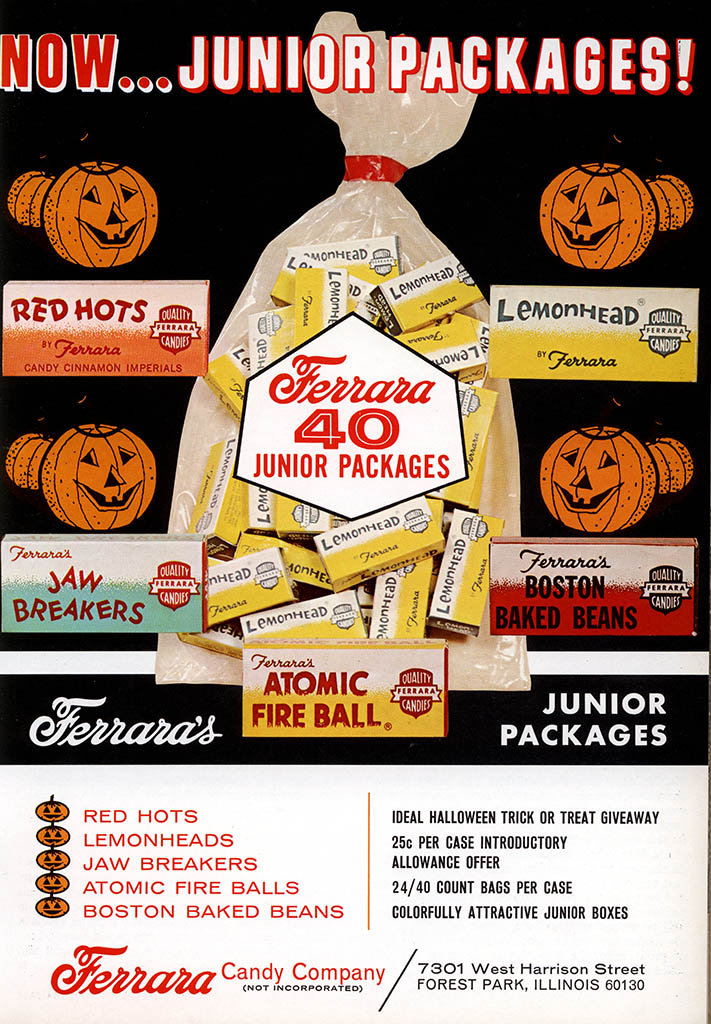 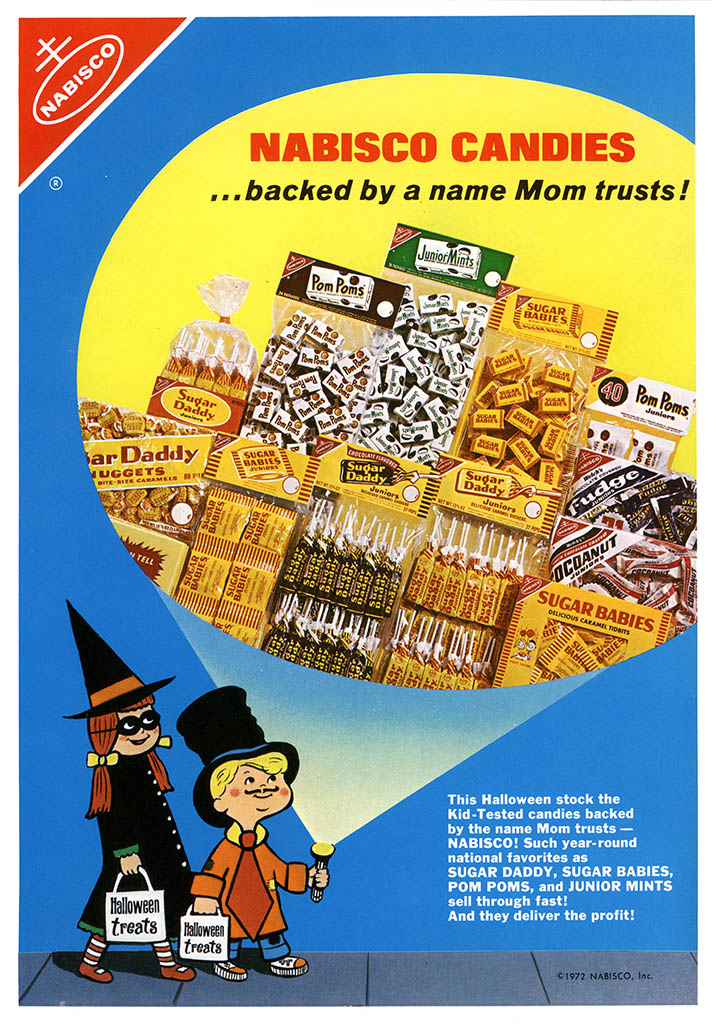 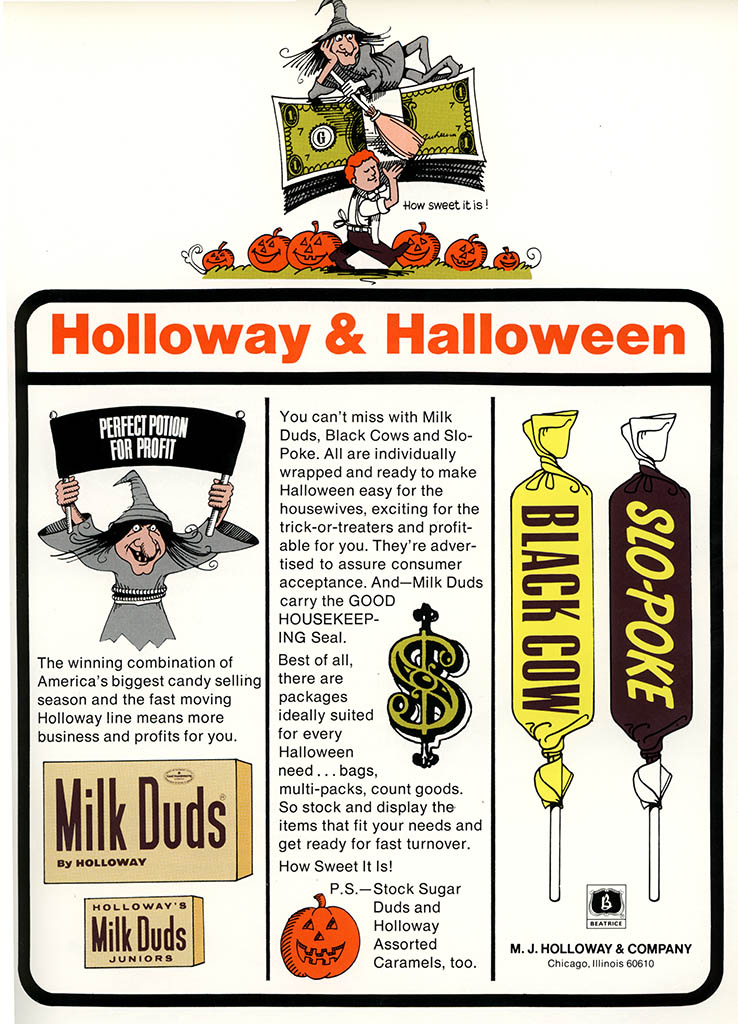 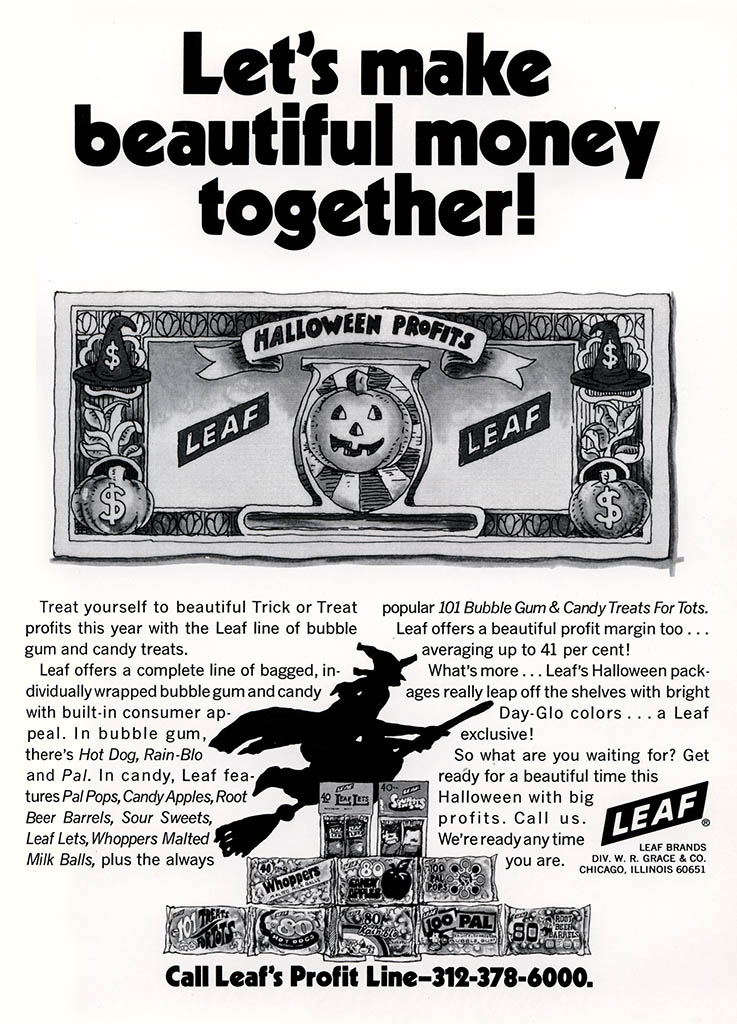 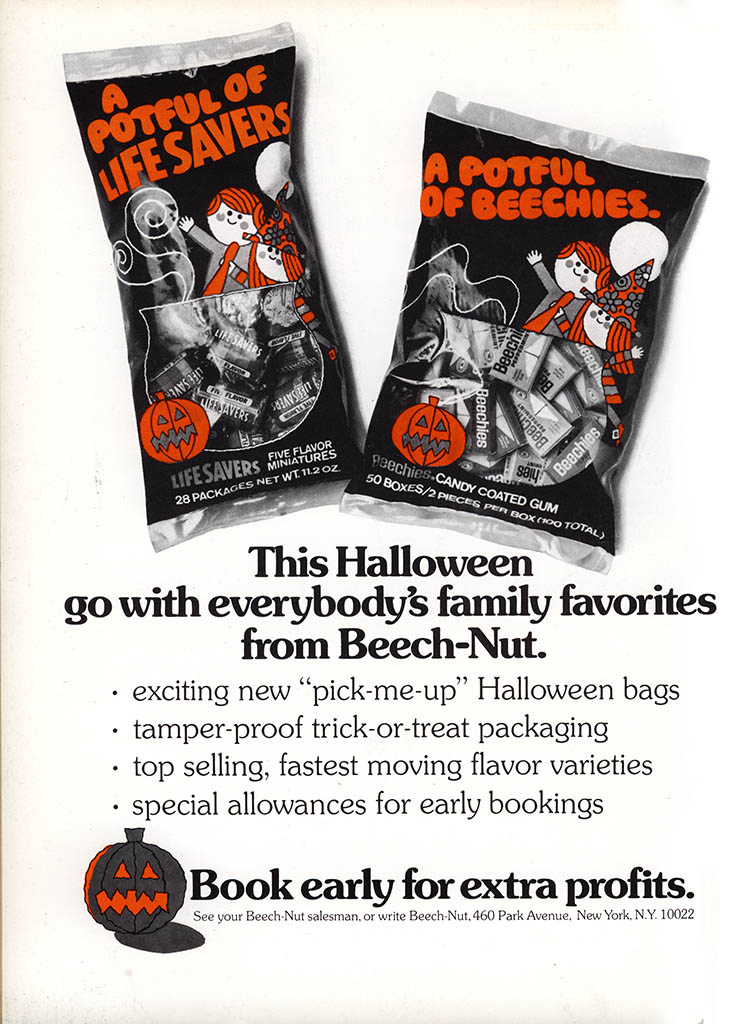 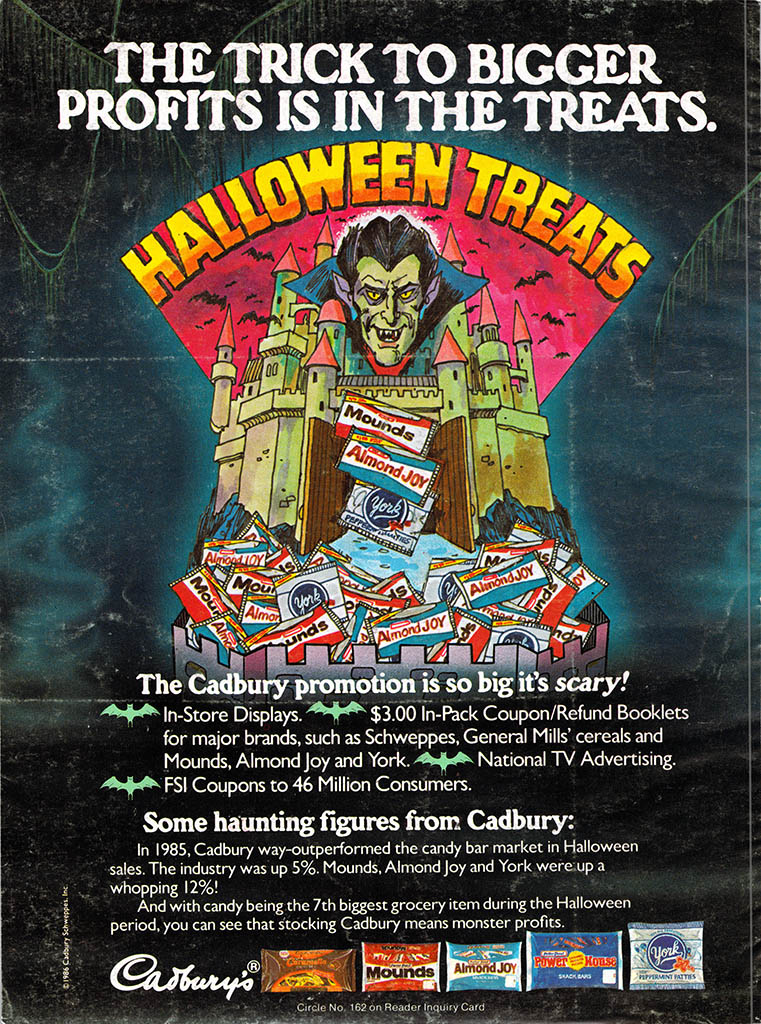 And finally, here’s a fantastic double-page ad for some of Hershey’s Halloween offerings for 1972.  Notice the Halloween-themed display box overwraps.  This was how a lot of Halloween candy was packaged back then.  Rather than doing special individual wrappers, standard bars were simply given a display box overwrap.

And that’s everything I’ve got to share today on Halloween-themed industry trade ads.  I hope you enjoyed the glimpse into how the folks behind the candy used to market to the folks who sold it to us.

A New York City based writer, editor and sometimes actor. After spending much of the 1990′s in the comic book business helping tell the stories of Marvel Comics’ X-Men as series editor, he has since split his time between developing his own entertainment properties while still consulting and working on others. Having been described as “the Indiana Jones of lost and forgotten candy”, Jason is one of the country’s premier candy collectors and historians with his discoveries appearing in countless blogs, magazines, newspaper articles, and books. Always happy to share his knowledge and unique perspectives on this colorful part of our popular culture, Jason has consulted with New York’s Museum of Food and Drink and has also been a featured guest on Food Network’s Heavyweights, France’s M6 Capital, and New York’s TheActionRoom.com. My Google Profile+
View all posts by Jason Liebig →
This entry was posted in 1960's, 1970's, 1980's, Chocolate, CountdownToHalloween, Halloween, Hershey, Holiday and tagged candy collecting, candy collection, candy collector, candy industry, candy wrapper collection, candy wrapper collector, collectible, collecting candy, confectionery, confections, Halloween, Halloween candy, packaging, seasonal candy, sweets, trade ads, vintage candy wrapper, wrapper. Bookmark the permalink.