The Mystery of Willy Wonka’s Halloween Ghostopper and More!

Every once in a while I come across something that blows my candy historian-and-collector mind.  Such was the case with a trio of digital files that recently landed in my inbox; files that reveal unused designs for a series of Willy Wonka Halloween-themed products from 1997.

To the best of my knowledge, these packages were never put into production and these designs have never been published anywhere before.  Because of that, today’s post is an exciting CollectingCandy.com Halloween exclusive and world premiere!

It’s not unusual for designs to be worked up and not used in the packaging industry.  For every design you see on a store shelf, there could be dozens that were commissioned, tweaked and ultimately discarded.   But it’s rare for these designs to surface as they’re typically filed away and forgotten.  That all makes today a very special treat.

The Willy Wonka brand has long been producing specially packaged versions of their candy for Halloween distribution.   Looking at today’s lost designs, it’s clear that these were developed for fun-size cello packs that would be sold as part of a larger Halloween Willy Wonka multi pack.  You’ve already seen the Ghostopper at the top of today’s post, and now I’m going to unveil them all:

This Gobstopper Ghostopper design is quite wonderful, and it’s really unfortunate that this one didn’t get made – I think it nails the concept. 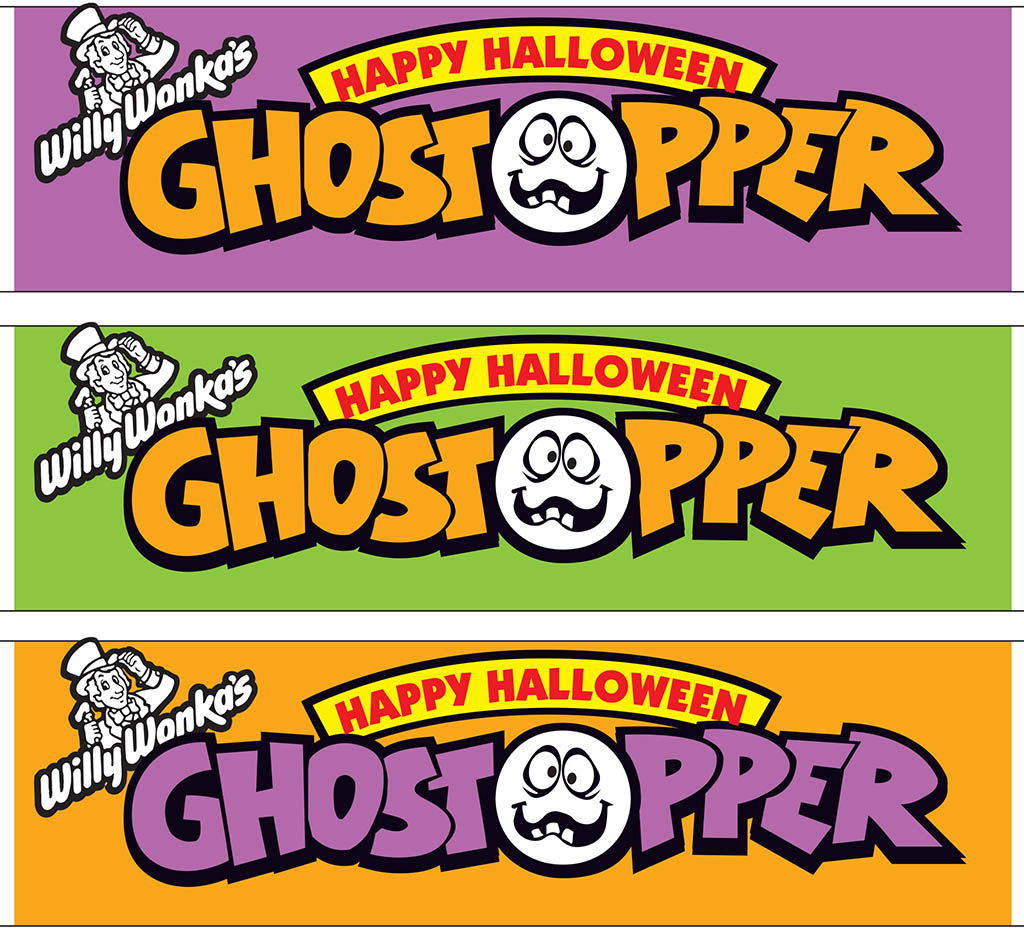 Next up, we have a Halloween version of Runts.  In this case, the Runts name was changed to Zombies, and the Runts’ fruit mascots are adorably thrown into Halloween garb. 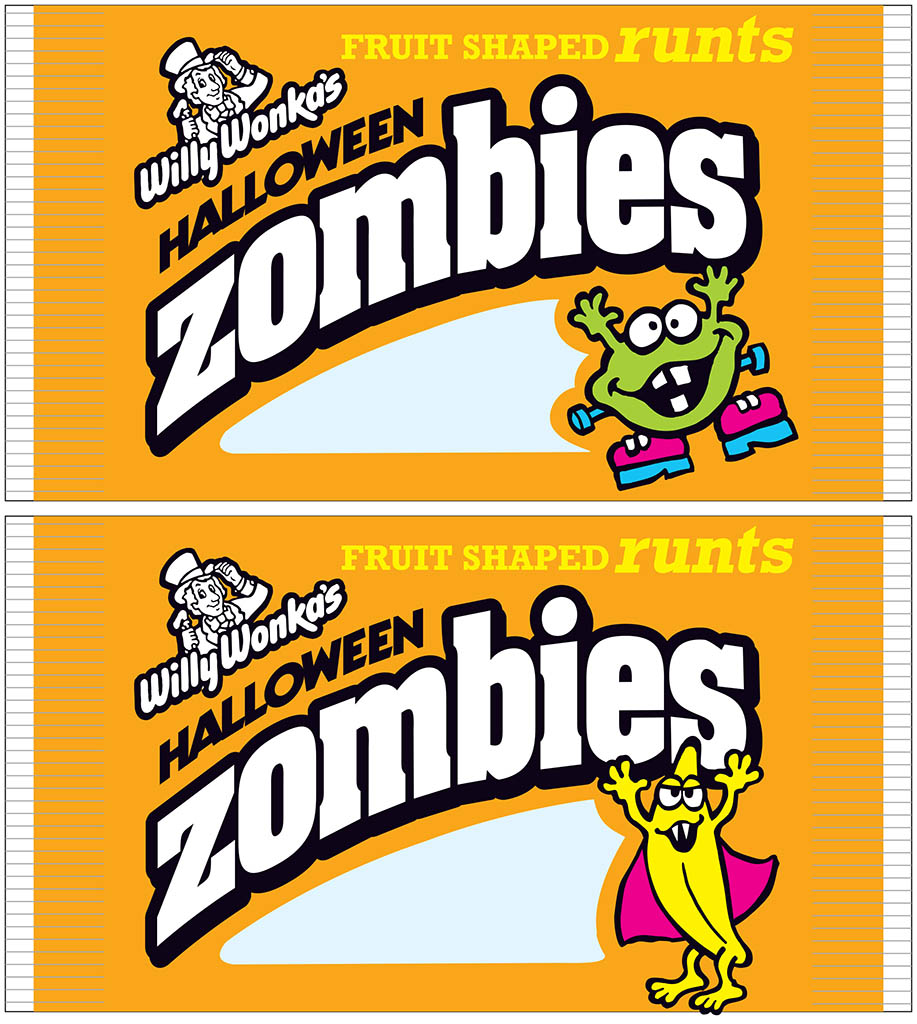 Finally, we have the Halloween design for Double-Dipped Nerds, now given the name “Mutant Globs”:

The packaging design for Mutant Globs seems to mix spooky with sci-fi elements, and I dig it.

It’s a shame that these fun Halloween-themed Wonka candy packages never made it past the design stage, but at least I’ve had the fortune to be able to share the fun of them here with you today.   It’s so rare to be able to see unused designs like this or to get a peek at a Halloween candy that almost was.  I hope you’ve enjoyed seeing these as much as I did bringing them to you.

And that’s everything for today’s post on the mystery of Willy Wonka’s Halloween Ghostopper.  See you next time!

A New York City based writer, editor and sometimes actor. After spending much of the 1990′s in the comic book business helping tell the stories of Marvel Comics’ X-Men as series editor, he has since split his time between developing his own entertainment properties while still consulting and working on others. Having been described as “the Indiana Jones of lost and forgotten candy”, Jason is one of the country’s premier candy collectors and historians with his discoveries appearing in countless blogs, magazines, newspaper articles, and books. Always happy to share his knowledge and unique perspectives on this colorful part of our popular culture, Jason has consulted with New York’s Museum of Food and Drink and has also been a featured guest on Food Network’s Heavyweights, France’s M6 Capital, and New York’s TheActionRoom.com. My Google Profile+
View all posts by Jason Liebig →
This entry was posted in 1990's, CountdownToHalloween, Halloween, Holiday, Wonka and tagged candy collecting, candy collection, candy collector, candy wrapper collection, candy wrapper collector, collectible, collecting candy, confectionery, confections, Halloween, Halloween candy, Nestle, packaging, sweets, vintage candy wrapper, Willy Wonka, Wonka candy, wrapper. Bookmark the permalink.

2 Responses to The Mystery of Willy Wonka’s Halloween Ghostopper and More!