All the way from Japan: Halloween Pocky!!

I wanted to share something a bit off-the-beaten-path today, and while sorting through my archives yesterday I found the perfect thing; a series of Japanese Halloween Pocky boxes.

For those that don’t know, Pocky is a brand name confectionery product out of Japan that’s been around for decades.  It’s a thin cracker-stick, typically covered in chocolate and other flavors.

As a collector, I don’t make an effort to collect Pocky, even though I think the packaging they come in is pretty cool.  My reasoning is that first-and-foremost, they’re tough to track down, and ultimately when you can, the fact that they’re imported makes them cost-prohibitive.  Even so, I have picked up a few fun ones over the years.

So let’s take a look at a release from six years ago that was called Pocky: Lovely Halloween. First up is the tray the individual boxes came in – check out the cut-out mask!: 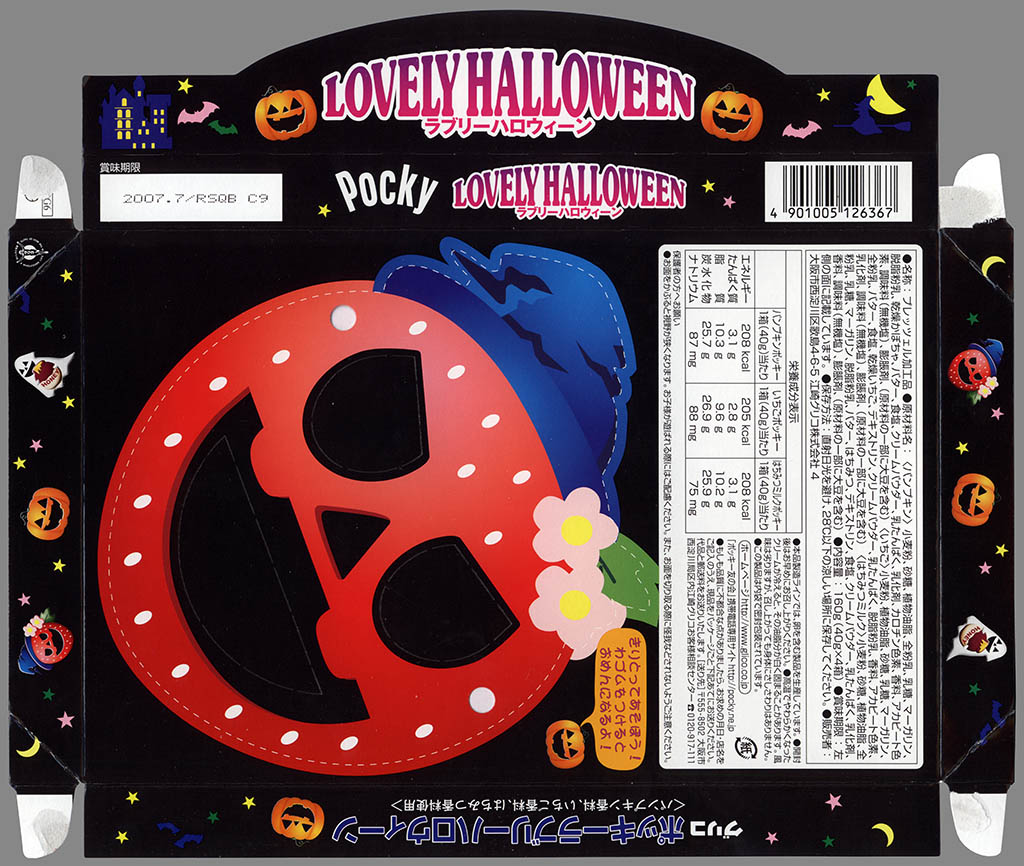 And here are the three flavors of Halloween Pocky that originally came in that box: 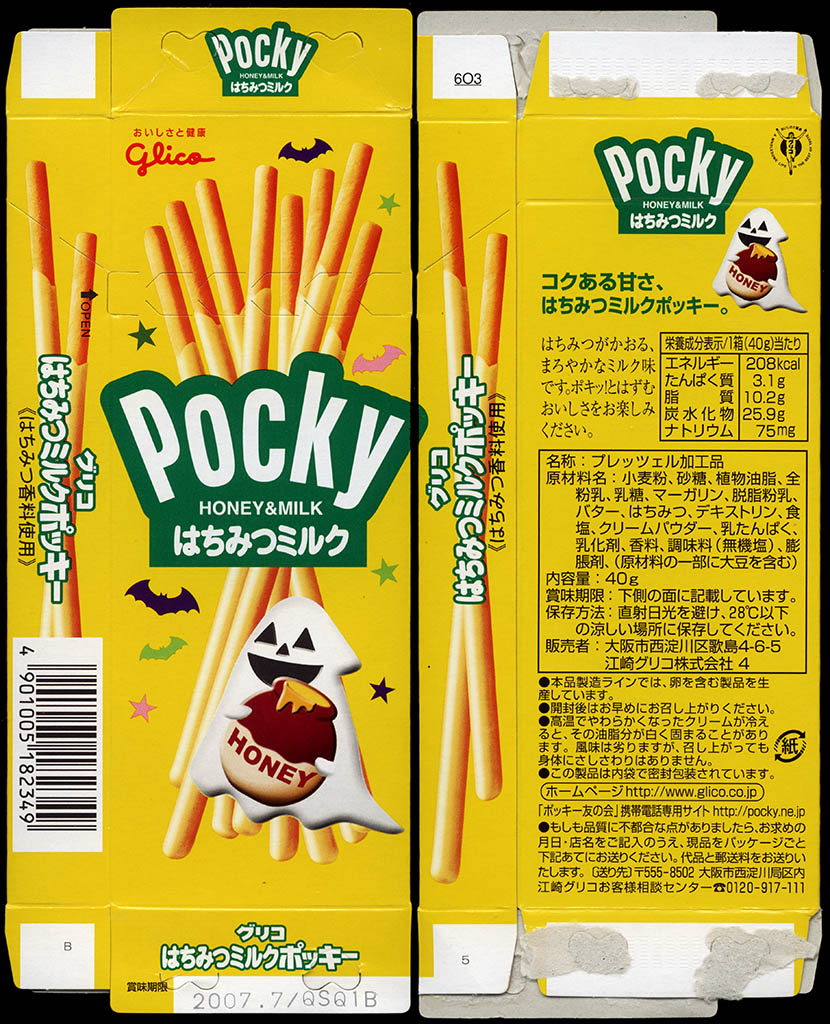 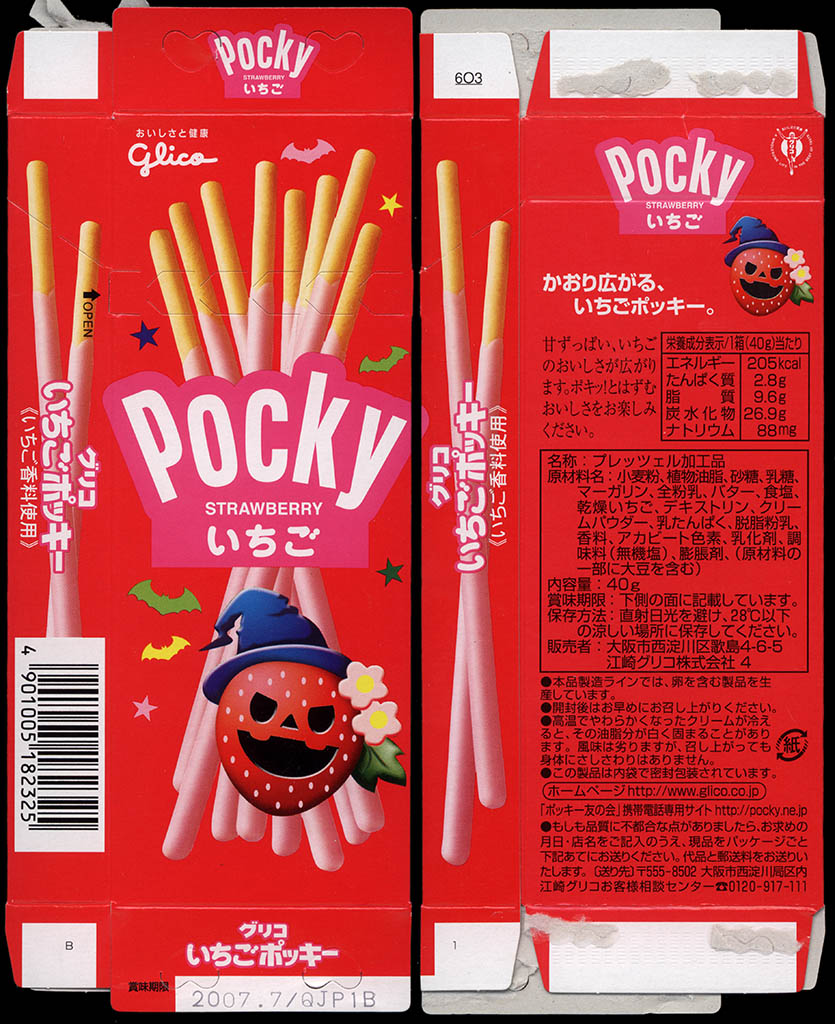 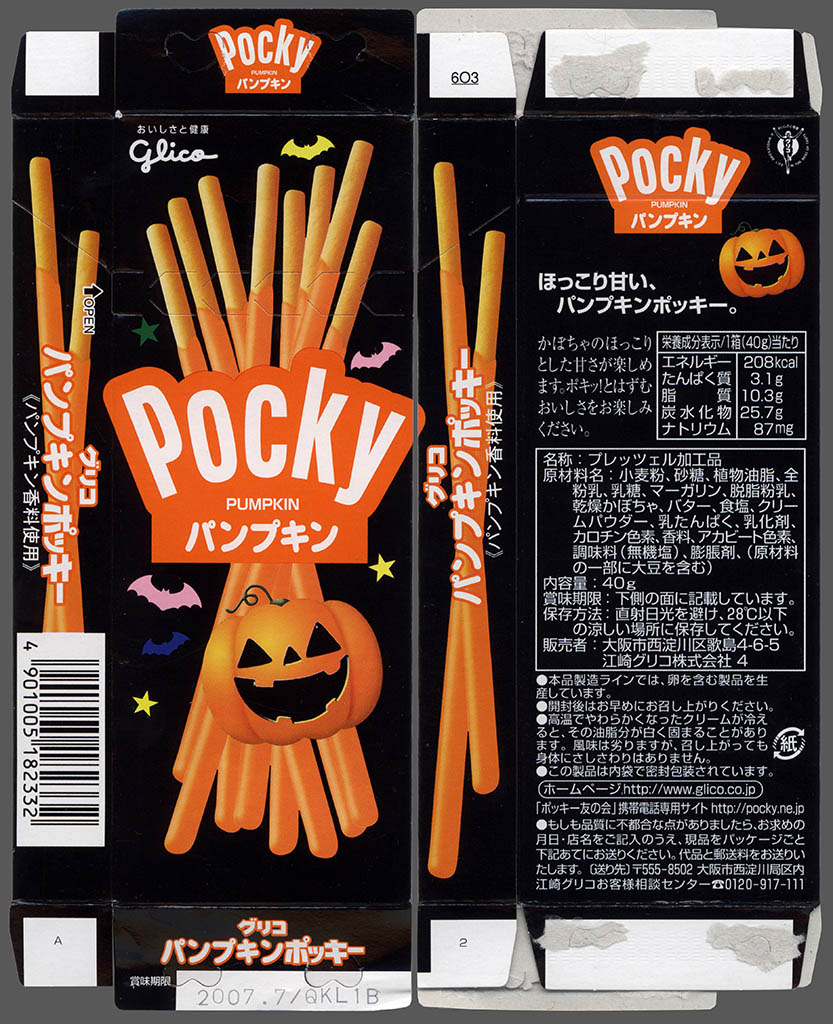 That’s the trio of flavors that were originally included with the “Lovely Halloween” box.  But I do have one more Halloween-related Pocky to share.   This one is a from a few years earlier.  Check it out: 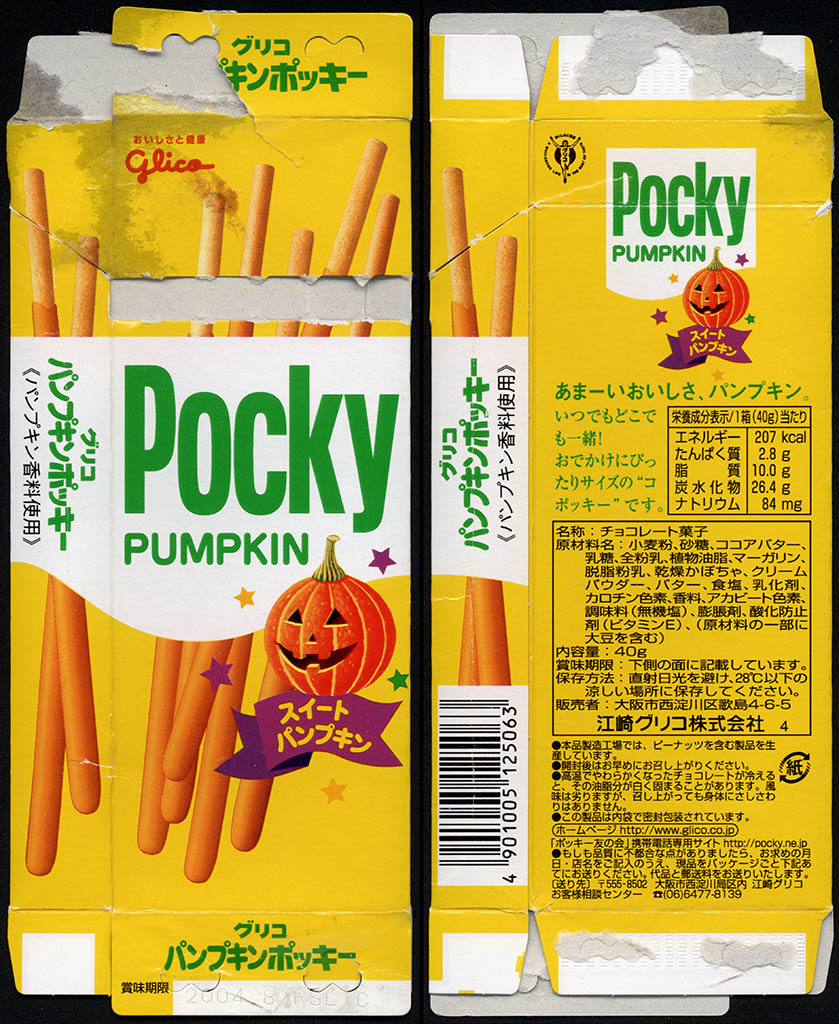 And that’s everything I’ve got on the topic of Halloween Pocky.  I hope you enjoyed the peek into this unusual confectionery treat.  See you next time!

A New York City based writer, editor and sometimes actor. After spending much of the 1990′s in the comic book business helping tell the stories of Marvel Comics’ X-Men as series editor, he has since split his time between developing his own entertainment properties while still consulting and working on others. Having been described as “the Indiana Jones of lost and forgotten candy”, Jason is one of the country’s premier candy collectors and historians with his discoveries appearing in countless blogs, magazines, newspaper articles, and books. Always happy to share his knowledge and unique perspectives on this colorful part of our popular culture, Jason has consulted with New York’s Museum of Food and Drink and has also been a featured guest on Food Network’s Heavyweights, France’s M6 Capital, and New York’s TheActionRoom.com. My Google Profile+
View all posts by Jason Liebig →
This entry was posted in CountdownToHalloween, Halloween, Holiday and tagged candy collecting, candy collection, candy collector, candy wrapper collection, candy wrapper collector, collectible, collecting candy, confectionery, confections, Halloween candy, Halloween Pocky, Japan candy, Japanese candy, Japanese Halloween candy, packaging, Pocky, sweets, vintage candy wrapper, wrapper. Bookmark the permalink.

2 Responses to All the way from Japan: Halloween Pocky!!