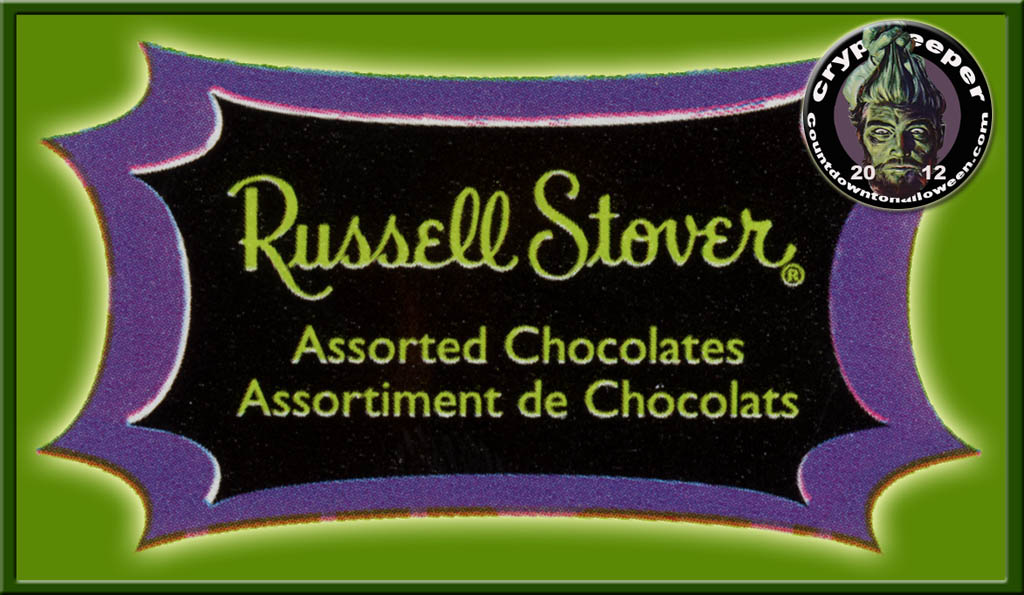 Russell Stover isn’t the company I think of when I think of Halloween candy.  They’re the boxed-chocolates company, so if anything, I associate them with Valentine’s Day, and somewhat with Christmas.  Even so, Russell Stover has been producing Halloween offerings for quite some time.  Today, I’ll take a look at a sampling of them.

First up is my oldest Halloween-related Russell Stover piece, an orange foil Jack-O-Lantern wrapper from the 1970’s.  It’s pretty basic, and is what I’d always come to expect from Russell Stover – classic, well-done, and to-the-point.  Here it is:

That kind of packaging was really what Russell Stover was up to with Halloween goodies, at least until the last few years.  Recently, we’ve been getting a bit more fun out of this classic confectioner.    Here are a few that I’ve saved over the last couple of years:

First up is the modern version of the Russell Stover Orange Marshmallow Pumpkin – this classic is still around today: 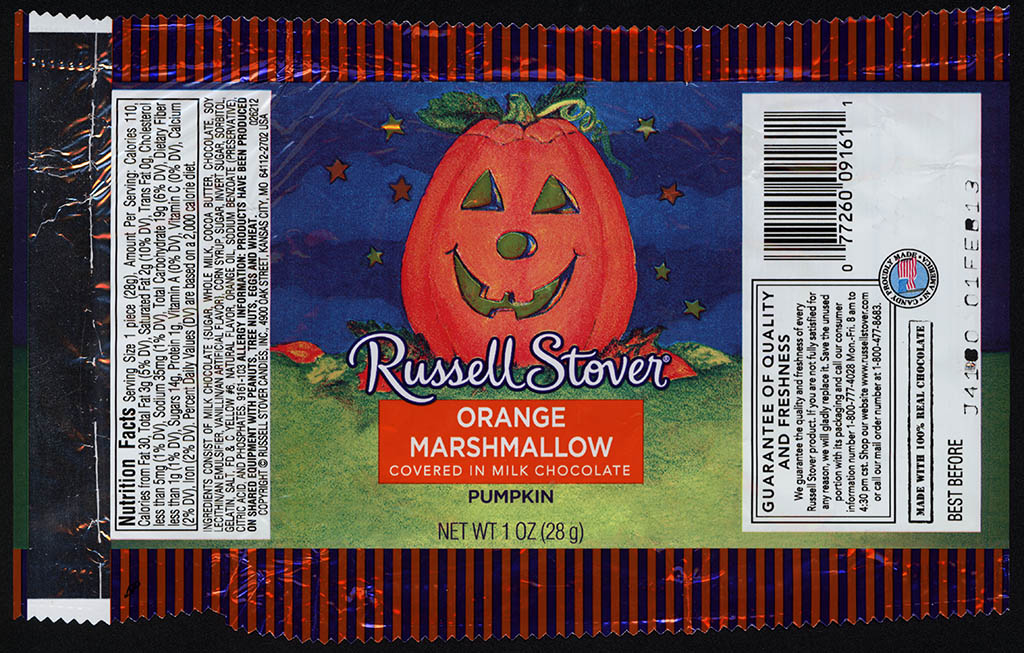 Russell Stover has excelled in coming up with some really fun over-wraps for miniature boxes of chocolates. 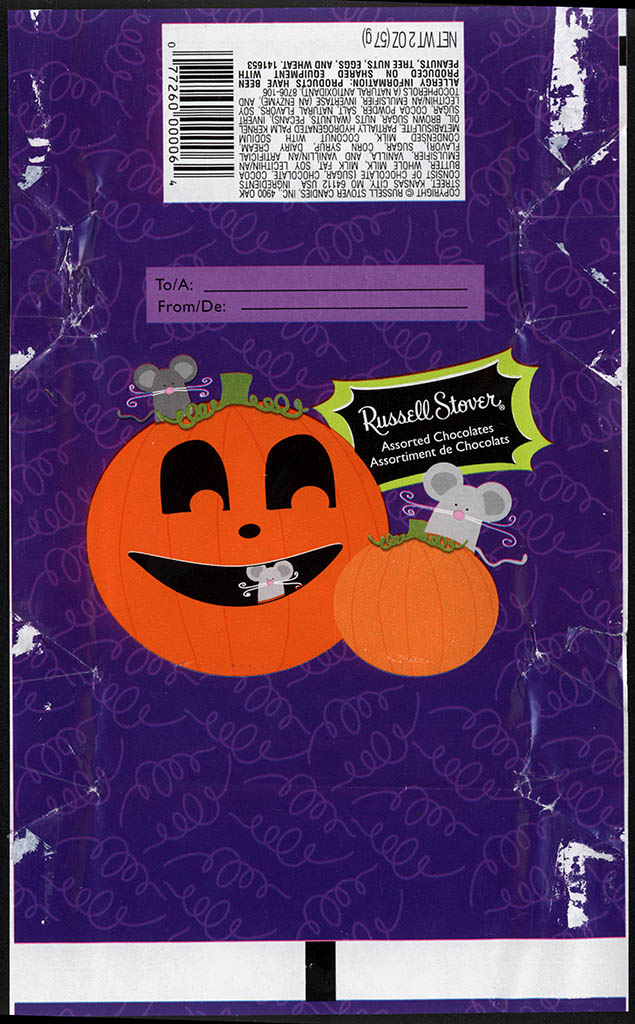 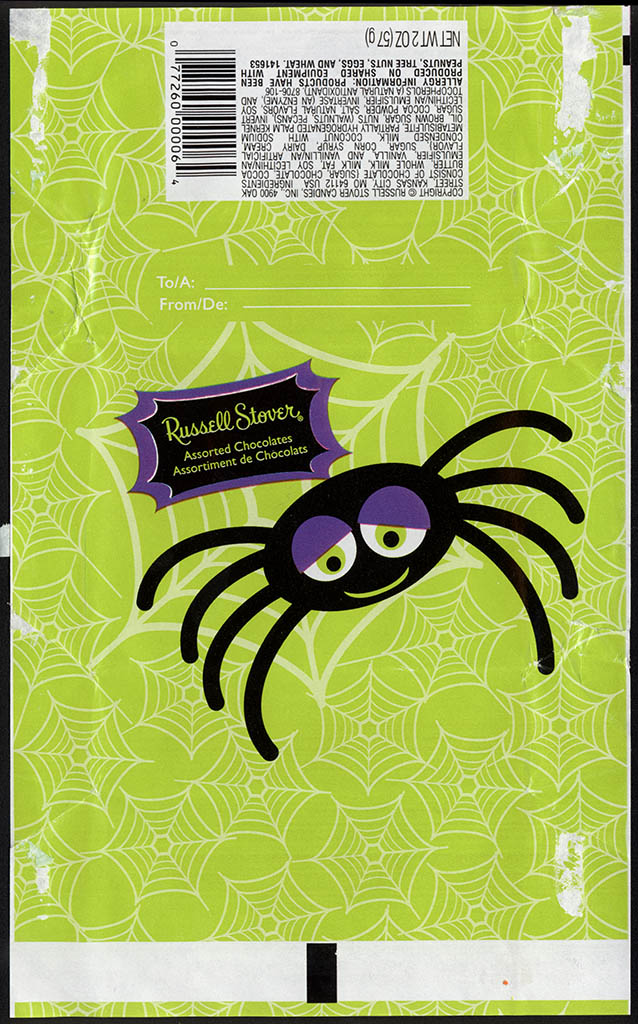 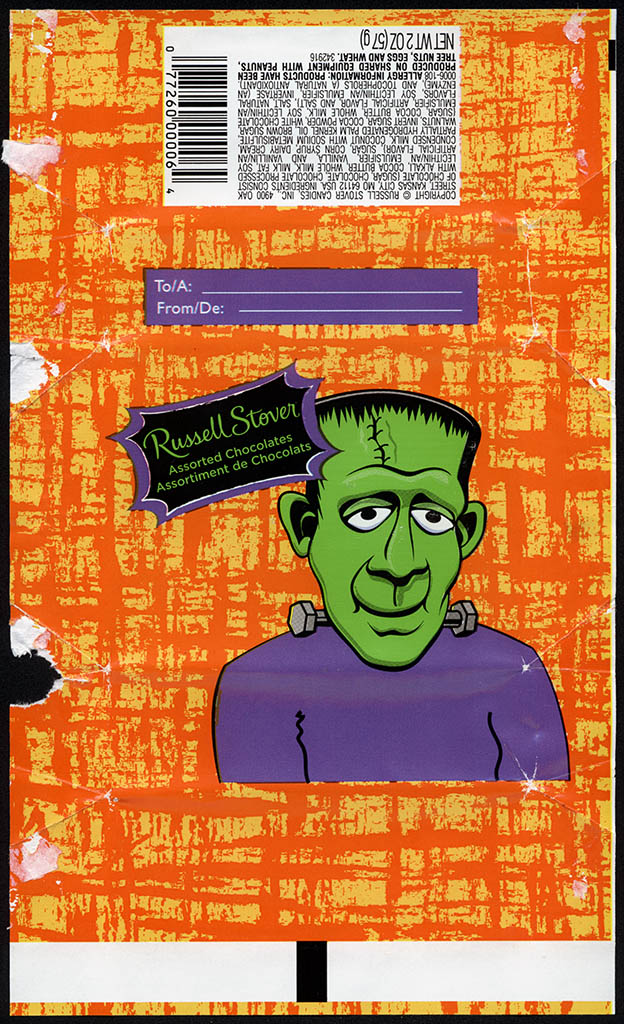 As you can see, the mini-boxed chocolate wraps are a creative platform for Russell Stover – and if they keep up these kinds of efforts, I’ll definitely be making a point to collect them in the coming years.

Next up are a pair of wrappers that were likely more intended for the “Day of the Dead” holiday than they are for Halloween.  But since that holiday traditionally falls on the day after Halloween, November 1st, there is some expected crossover.   I normally overlooked Russell Stover offerings, until I saw these.  They were pretty eye-catching the first time I spotted them. 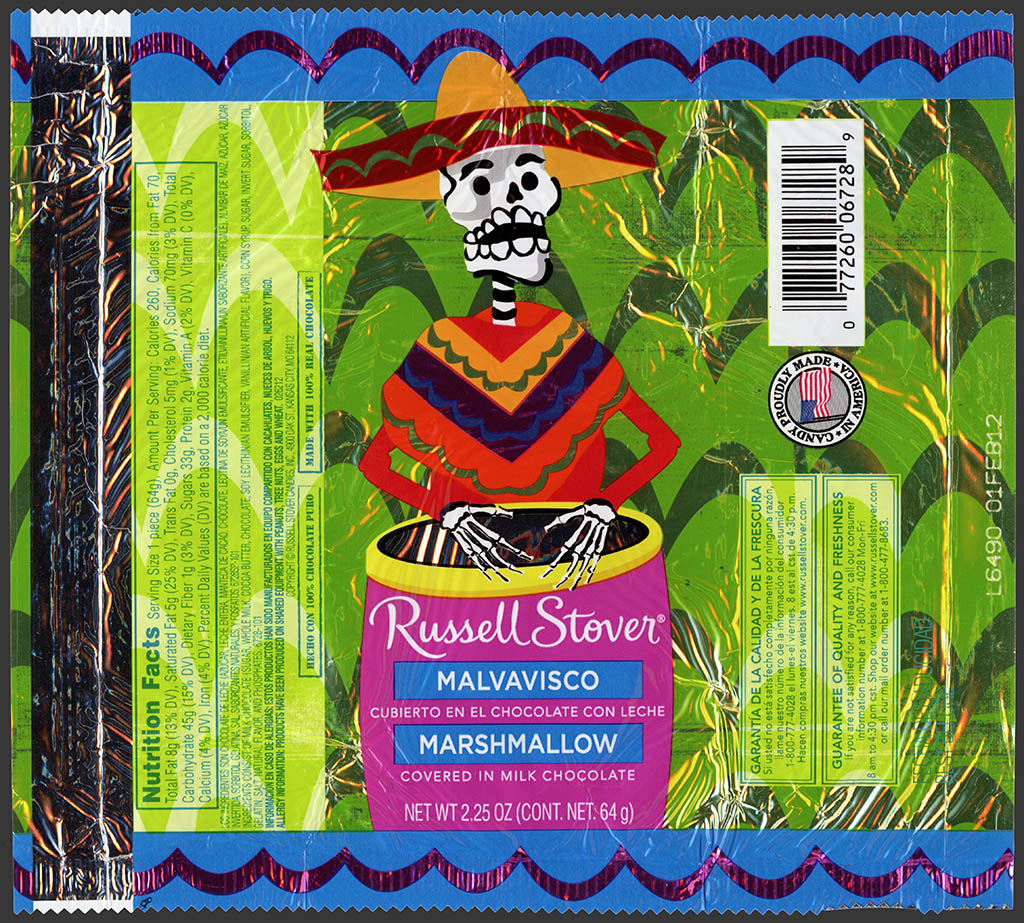 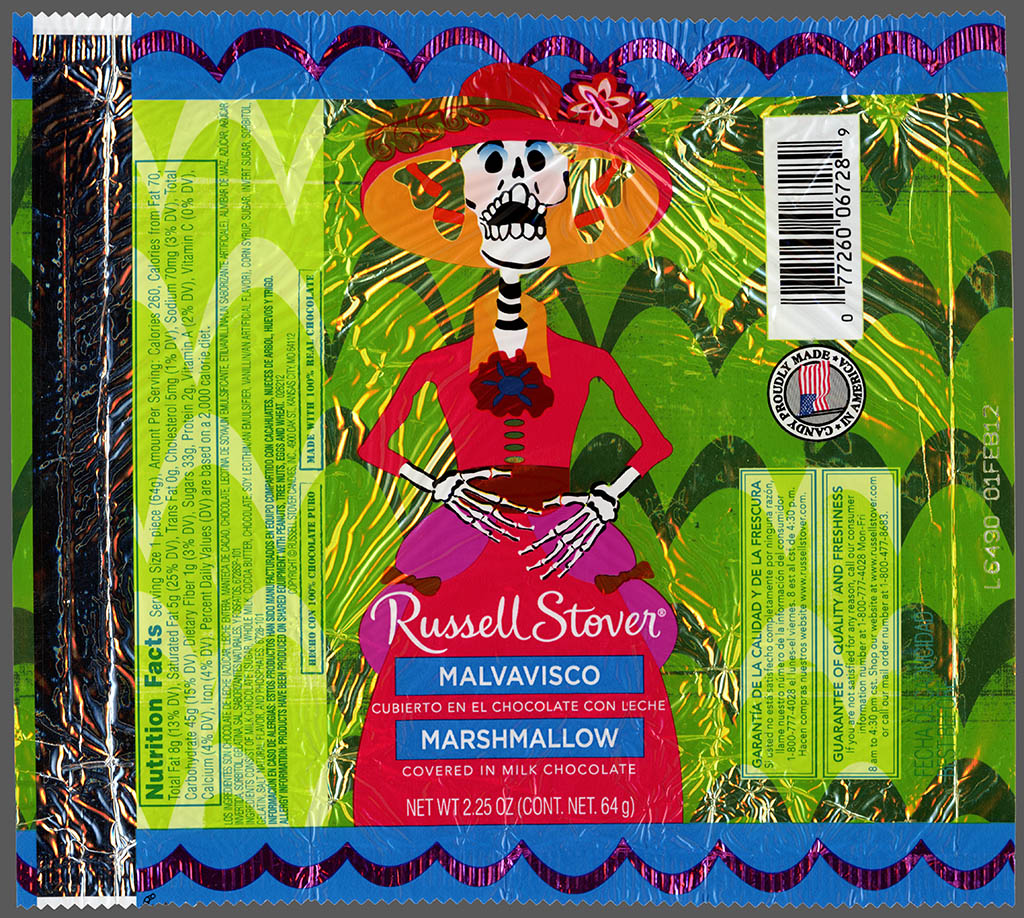 And that’s everything I’ve got today on Russell Stover’s Halloween offerings.  See you next time!

A New York City based writer, editor and sometimes actor. After spending much of the 1990′s in the comic book business helping tell the stories of Marvel Comics’ X-Men as series editor, he has since split his time between developing his own entertainment properties while still consulting and working on others. Having been described as “the Indiana Jones of lost and forgotten candy”, Jason is one of the country’s premier candy collectors and historians with his discoveries appearing in countless blogs, magazines, newspaper articles, and books. Always happy to share his knowledge and unique perspectives on this colorful part of our popular culture, Jason has consulted with New York’s Museum of Food and Drink and has also been a featured guest on Food Network’s Heavyweights, France’s M6 Capital, and New York’s TheActionRoom.com. My Google Profile+
View all posts by Jason Liebig →
This entry was posted in 1970's, Chocolate, CountdownToHalloween, Halloween, Holiday and tagged candy collecting, candy collection, candy collector, candy wrapper collection, candy wrapper collector, collectible, collecting candy, confectionery, confections, Halloween candy, Halloween candy wrappers, packaging, sweets, vintage candy wrapper, vintage Halloween candy, wrapper. Bookmark the permalink.

1 Response to A Sampling of Russell Stover’s Halloween Offerings!