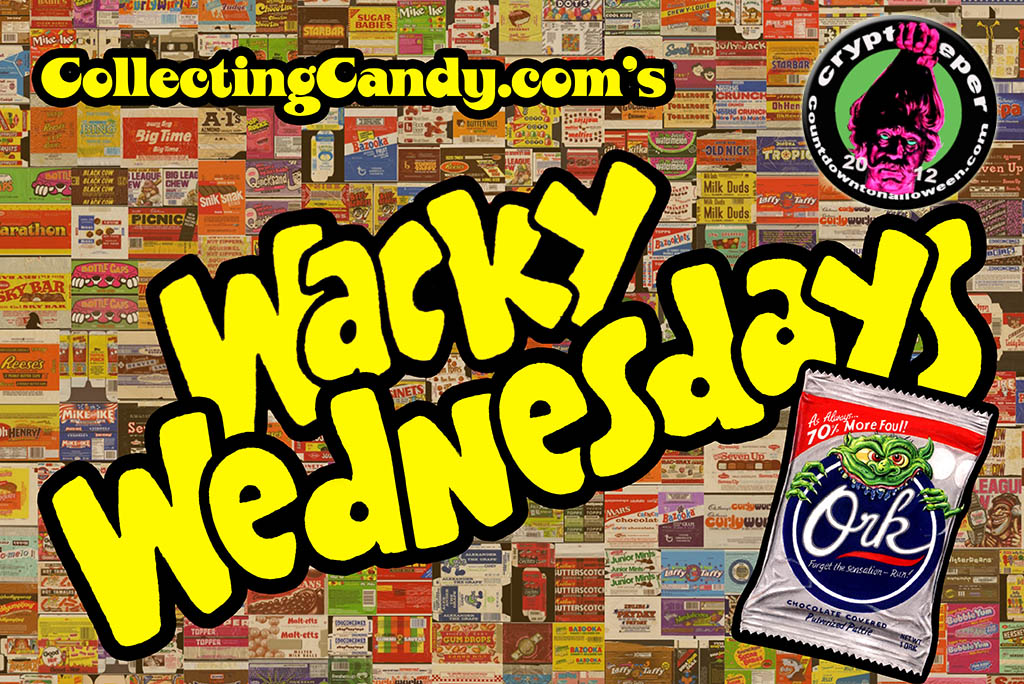 For today’s edition of Wacky Wednesdays, we’re once again tapping the recent Halloween editions of the Wacky Packages Postcards series.  Up for today is Ork, an offering from the 2011 Halloween set.

It’s so great to be able to tap these Halloween-themed pieces this month, as monster and candy Wacky Packages are some of my all-time faves.   Ork is a parody of York Peppermint Patties, and it’s a really fun one.  Let’s take a closer look at the Wacky itself. 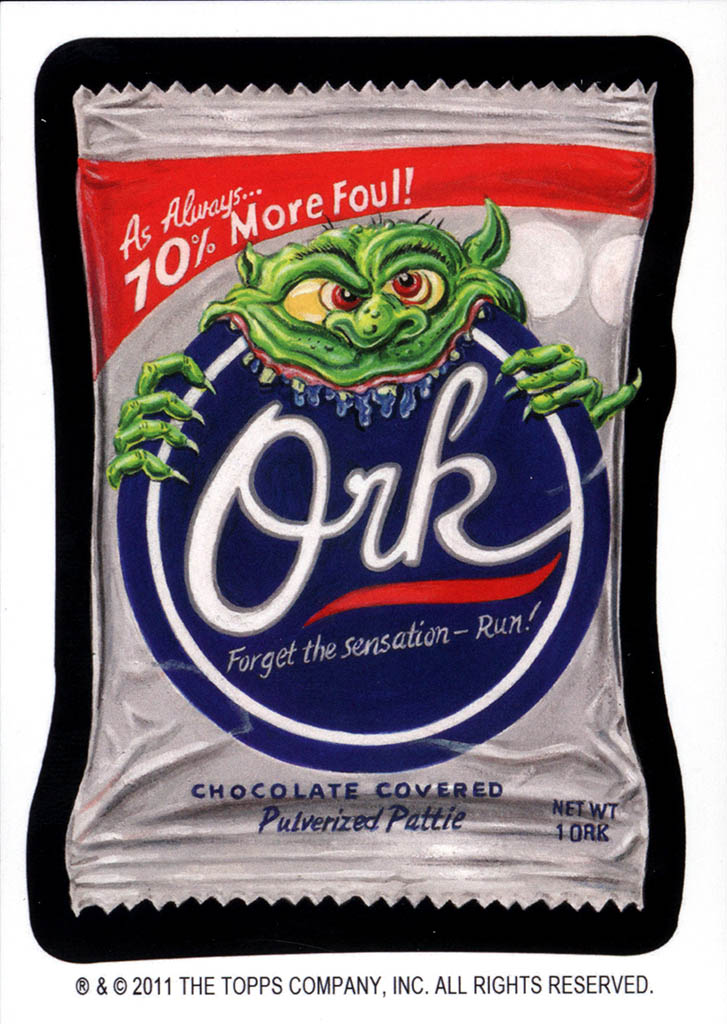 And here’s a look at the corresponding York Peppermint Pattie package next to the Ork Wacky Packages parody.  I scanned the original in unopened form, so you could see how close the parody came to it design-wise: 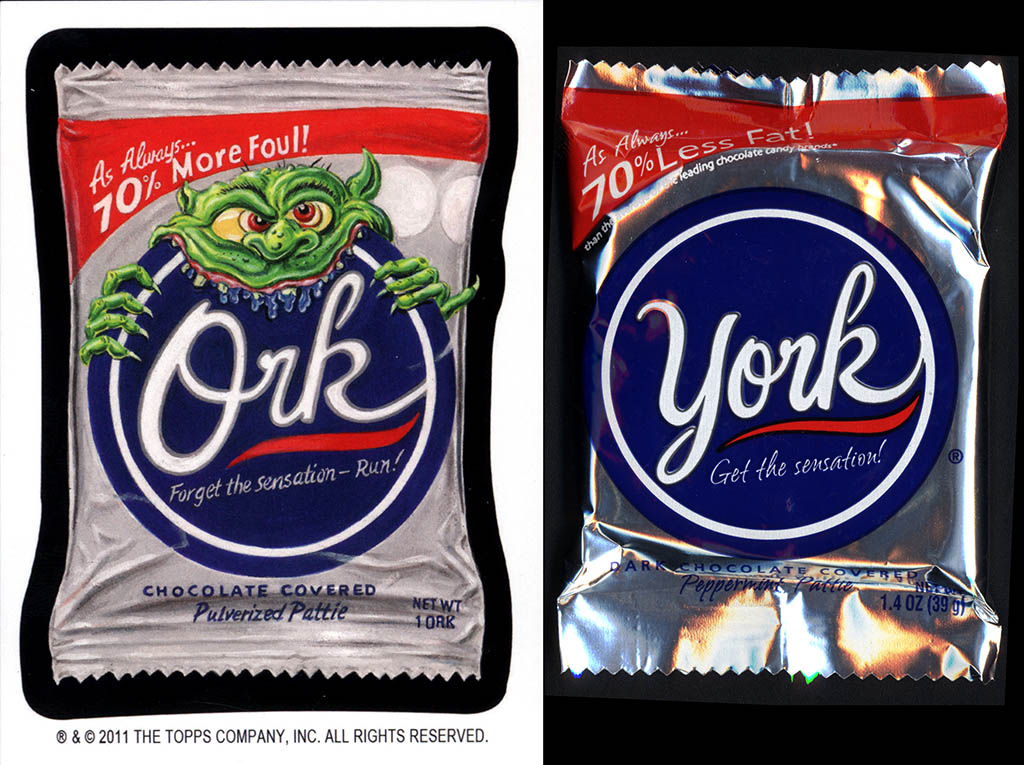 Ork and York – comparison and contrast.

As you can see, every element of the original wrapper was put to good use in this parody.  Gotta love it. 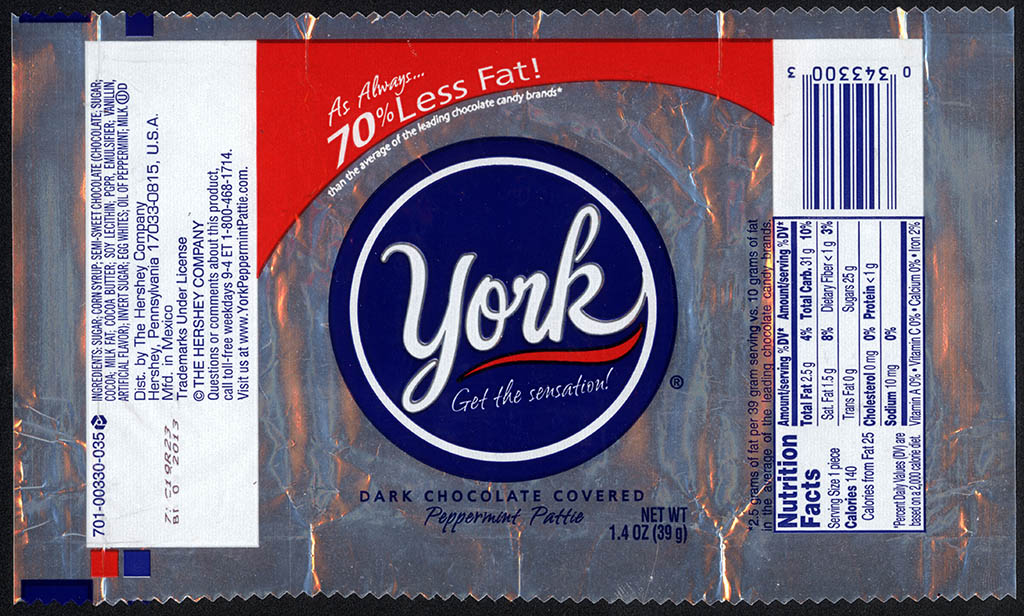 A New York City based writer, editor and sometimes actor. After spending much of the 1990′s in the comic book business helping tell the stories of Marvel Comics’ X-Men as series editor, he has since split his time between developing his own entertainment properties while still consulting and working on others. Having been described as “the Indiana Jones of lost and forgotten candy”, Jason is one of the country’s premier candy collectors and historians with his discoveries appearing in countless blogs, magazines, newspaper articles, and books. Always happy to share his knowledge and unique perspectives on this colorful part of our popular culture, Jason has consulted with New York’s Museum of Food and Drink and has also been a featured guest on Food Network’s Heavyweights, France’s M6 Capital, and New York’s TheActionRoom.com. My Google Profile+
View all posts by Jason Liebig →
This entry was posted in CountdownToHalloween, Halloween, Hershey, Topps, Wacky Packages and tagged candy collecting, candy collection, candy collector, candy wrapper collection, candy wrapper collector, collectible, collecting candy, confectionery, confections, package parodies, packaging, stickers, sweets, Topps, vintage candy wrapper, Wacky Packages, Wacky Packs, wrapper. Bookmark the permalink.