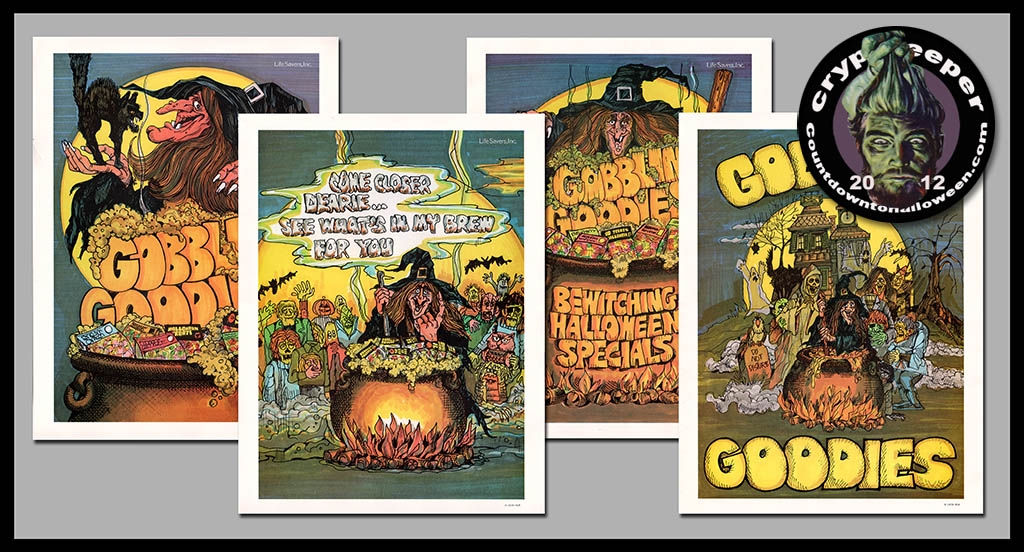 For one Halloween season in the late 1970’s, the Lifesavers company released a series of  point-of-purchase Halloween posters for in-store promotion.  Each one was illustrated with a spooky witch and reminding customers of the Halloween offerings to be had.   I have four of these in my collection and today I’d like to share them.

Though produced by Lifesavers, these posters were not Lifesavers product-specific, so they could have been used to promote a general Halloween candy area.  My guess is that these were used as an ordering incentive or reward for retailers.  Whatever the case, I’ve always thought the artwork was particularly fun and very Halloween. 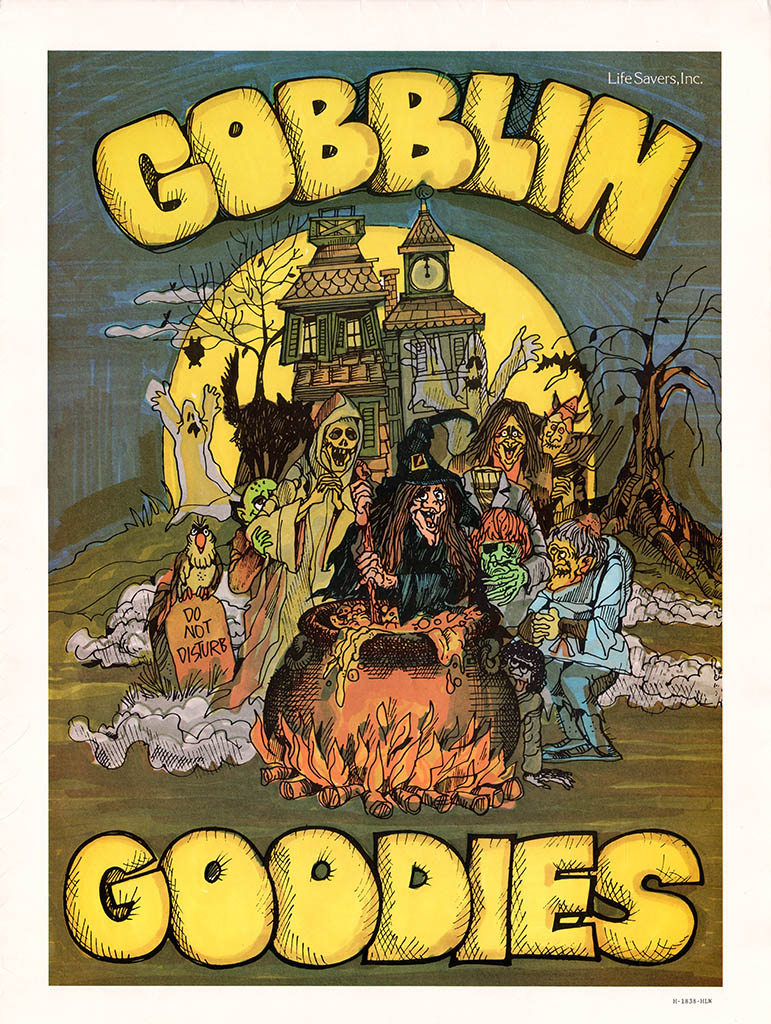 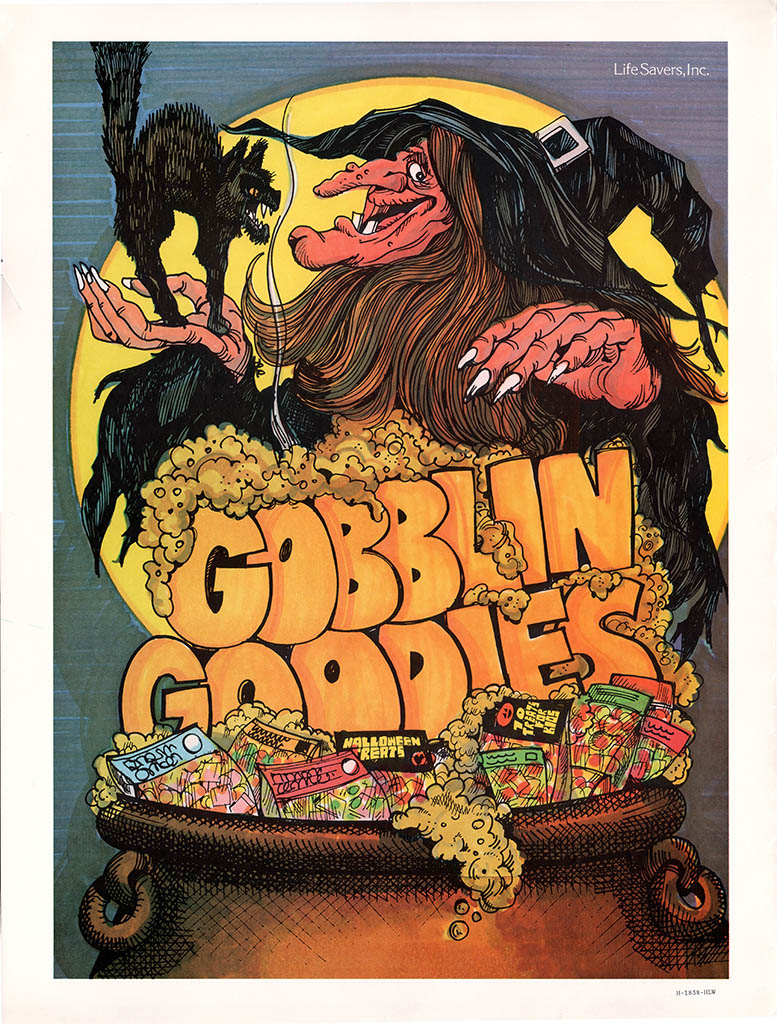 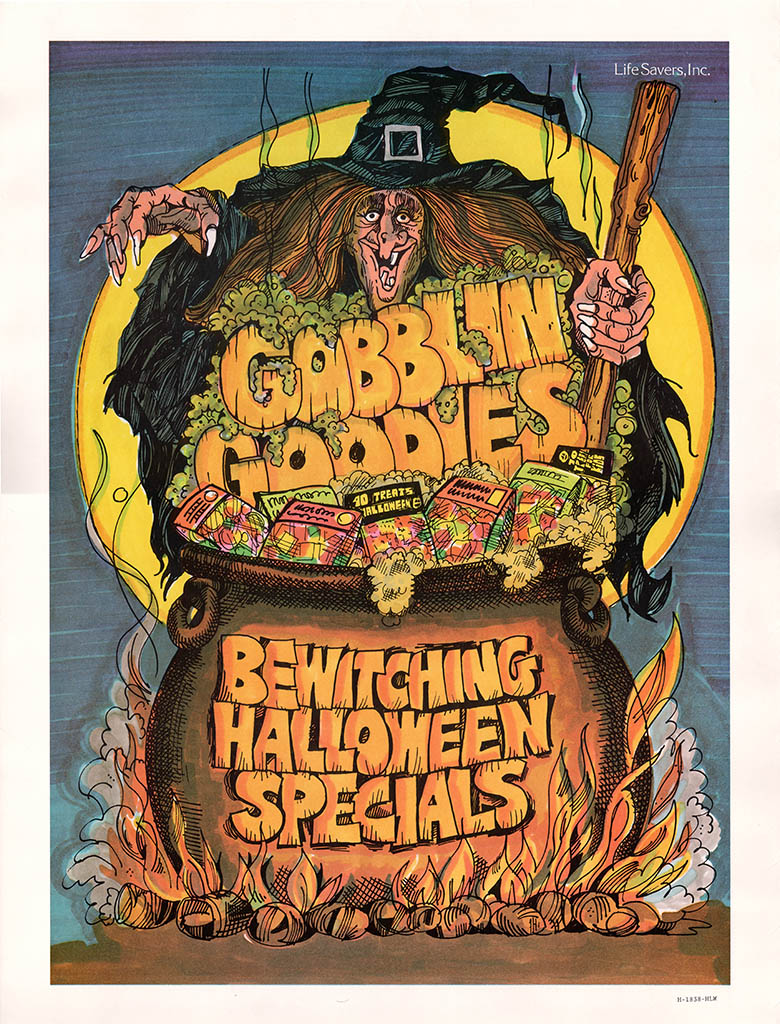 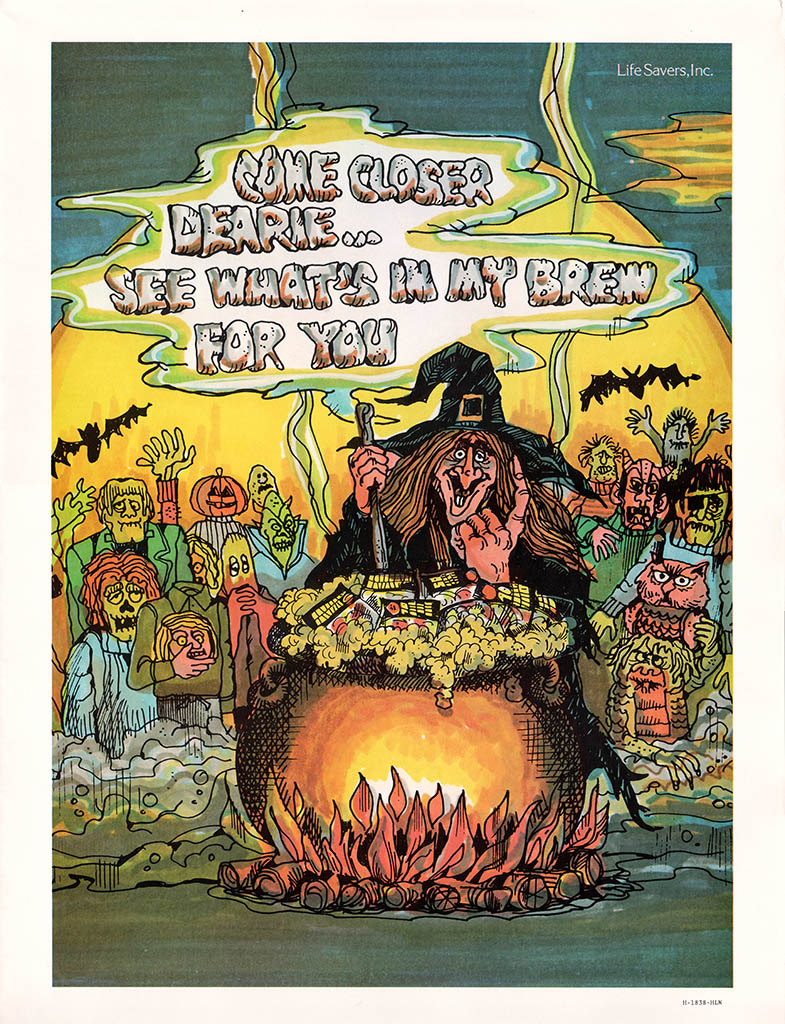 I wonder if I ever encountered any of these in the days of my youth?  I suspect I probably did, though I don’t have any recollection of them.   If anyone remembers these or by chance knows who the original artist was, let me know.

And that’s everything for today’s Halloween-related post.  See you next time!

A New York City based writer, editor and sometimes actor. After spending much of the 1990′s in the comic book business helping tell the stories of Marvel Comics’ X-Men as series editor, he has since split his time between developing his own entertainment properties while still consulting and working on others. Having been described as “the Indiana Jones of lost and forgotten candy”, Jason is one of the country’s premier candy collectors and historians with his discoveries appearing in countless blogs, magazines, newspaper articles, and books. Always happy to share his knowledge and unique perspectives on this colorful part of our popular culture, Jason has consulted with New York’s Museum of Food and Drink and has also been a featured guest on Food Network’s Heavyweights, France’s M6 Capital, and New York’s TheActionRoom.com. My Google Profile+
View all posts by Jason Liebig →
This entry was posted in 1970's, CountdownToHalloween, Halloween and tagged 1970's candy, 70's candy, candy collecting, candy collection, candy collector, candy wrapper collection, candy wrapper collector, collectible, collecting candy, confectionery, confections, Halloween, Halloween candy, Life Savers, Lifesavers, packaging, sweets, vintage candy wrapper, wrapper. Bookmark the permalink.