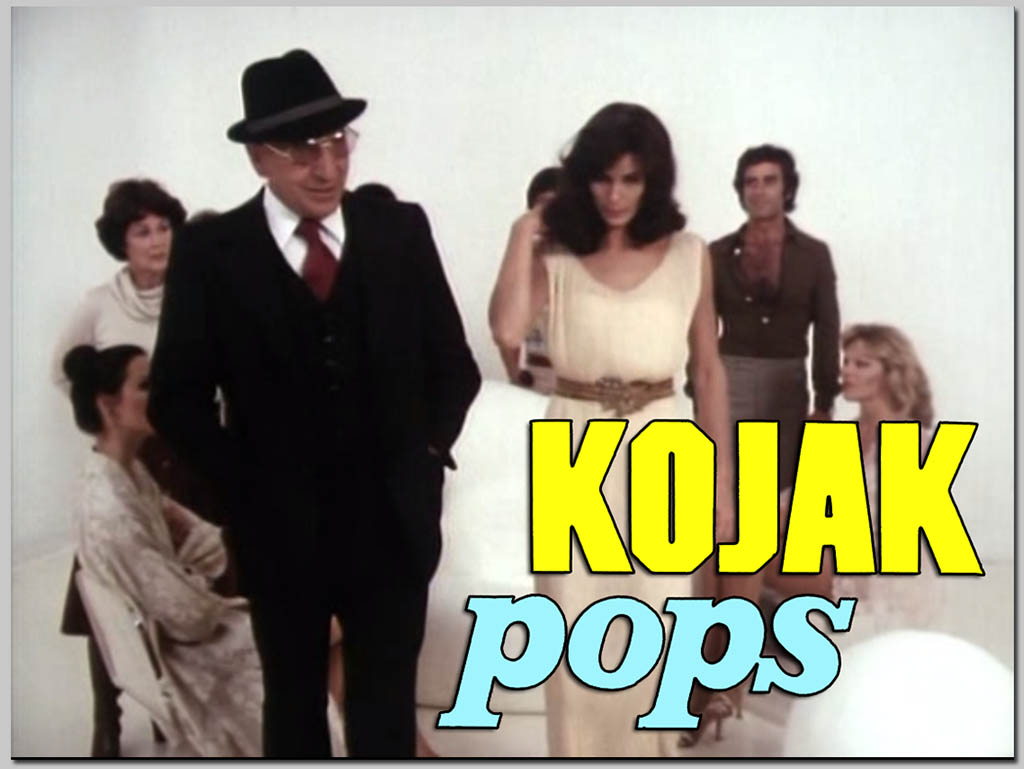 For those under the age of 40, today’s post might seem a bit odd.  But for those who remember Telly Savalas and his five-year-run on the acclaimed New York City detective show Kojak – today should be a treat. 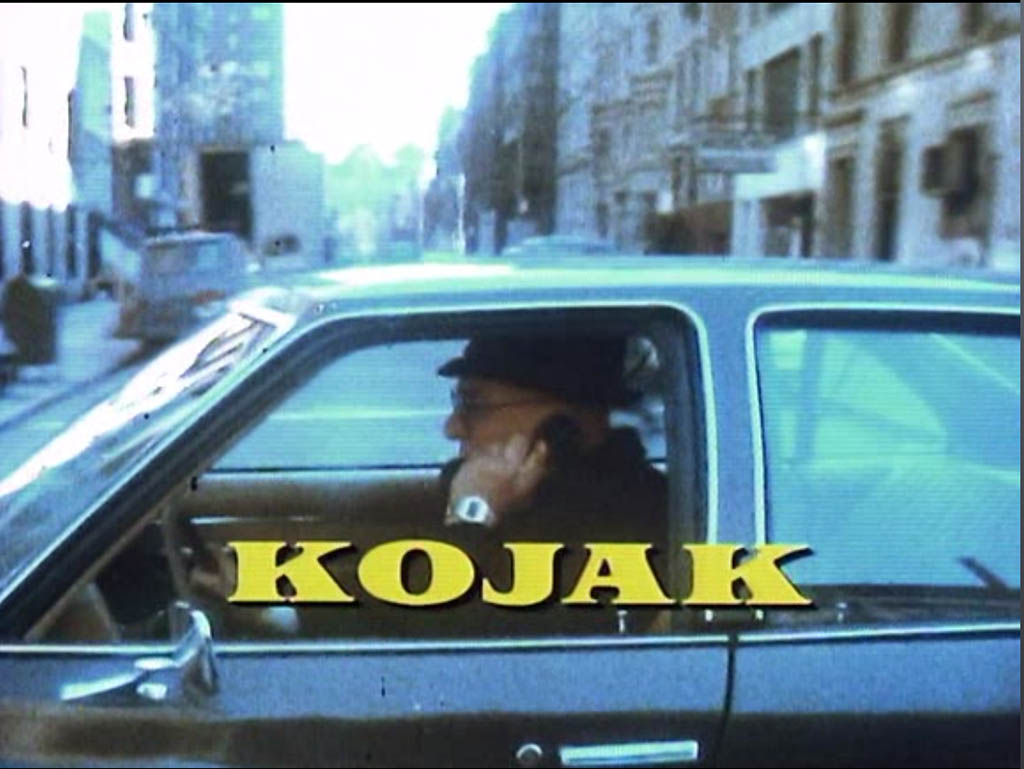 The character of Police Lt. Theo Kojak became a 70’s pop-culture icon – he even had a catch-phrase, “Who loves ya, baby?”  But today, I’ll be discussing the result of another thing Kojak was known for; his trademark lollipops.

Kojak and one of his trademark lollipops.

Yes, this television detective was known for sometimes enjoying a lollipop on-screen.  I’ve read that what he had on the show was actually a Tootsie Pop, though I don’t know if that was ever made clear to viewers.

These days, seeing a television detective with eccentric habits might not seem that odd, but in the mid-1970’s, it was pretty unique.  Television viewers were accustomed to seeing their on-screen detectives cast in a more standard, hard-nosed mold.  To be clear though; Kojak may have enjoyed a sugary treat from time-to-time, but he was not to be messed with.  This was one tough cop. 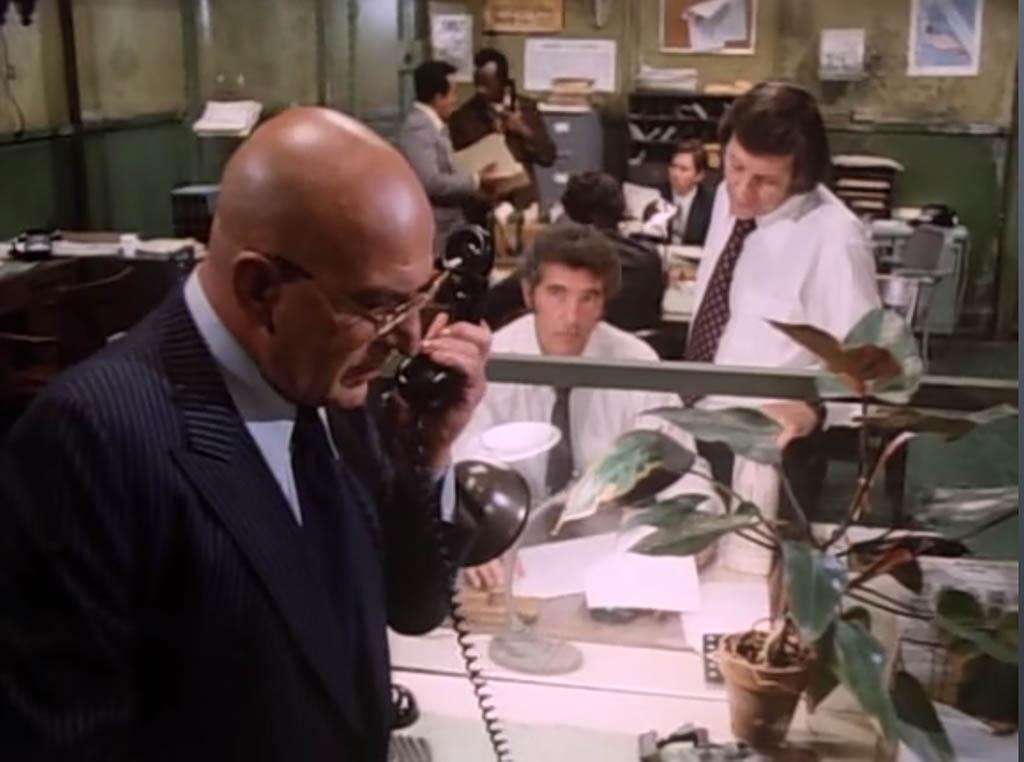 Kojak at the precinct. 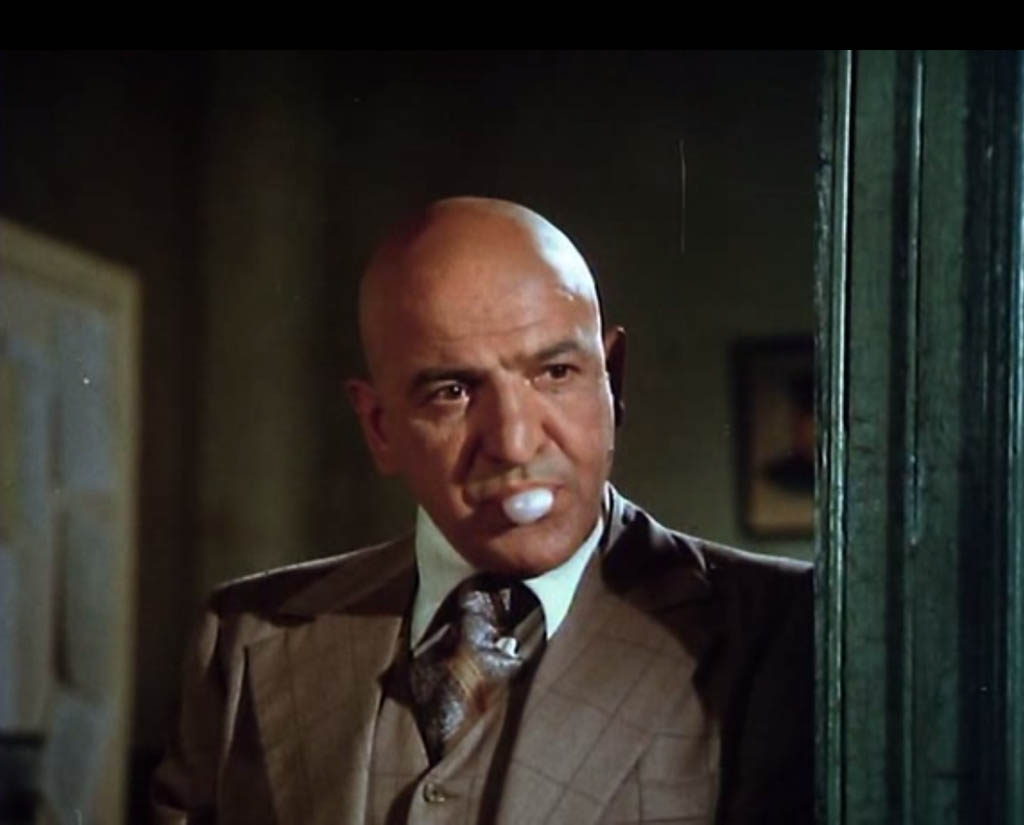 This unusual confectionery association, and the public’s fascination with it, would eventually lead to the release of Kojak-branded lollipops. 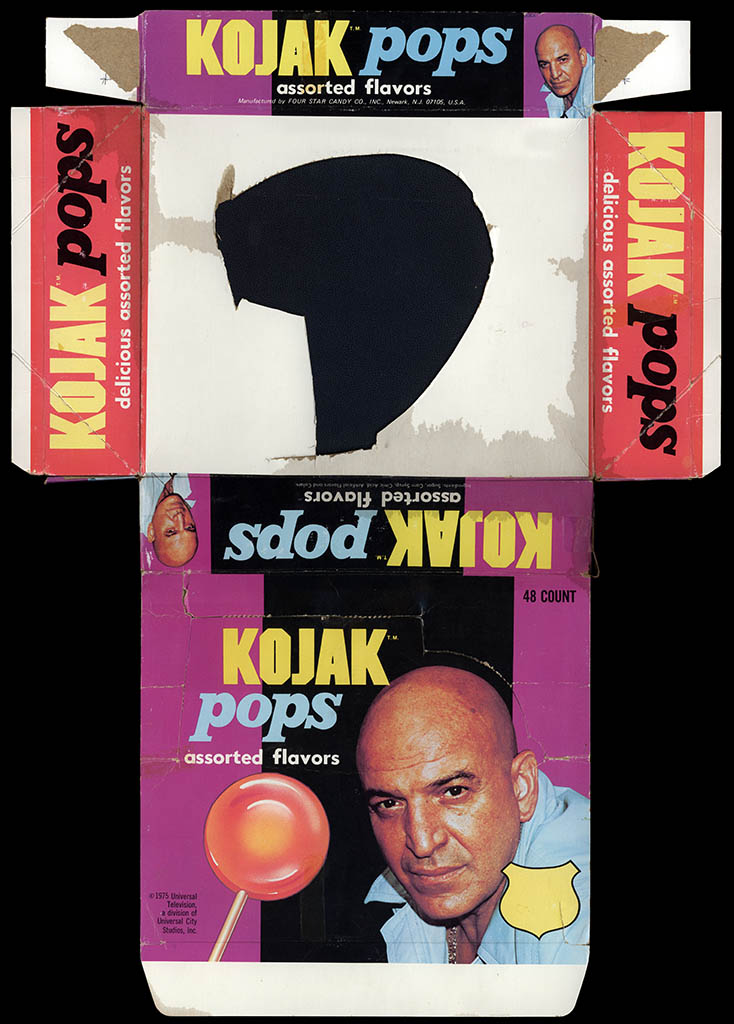 Unlike the Tootsie Pops that Kojak was actually enjoying on the show, Kojak Pops were a flat pop.  Here’s an example of an actual wrapper from one that I added to my collection earlier this year:

Kojak was a show I grew up with, but beyond that I enjoyed Telly Savalas anytime I saw him on-screen (My favorite movie with Savalas is 1970’s Kelly’s Heroes.)

I really dig the work of Savalas – so it’s fun to be able to address the man in a small way, through his unexpected association with candy.

And there you have it – the brief tale of how the character of a tough New York City police detective became a sugary treat.

A New York City based writer, editor and sometimes actor. After spending much of the 1990′s in the comic book business helping tell the stories of Marvel Comics’ X-Men as series editor, he has since split his time between developing his own entertainment properties while still consulting and working on others. Having been described as “the Indiana Jones of lost and forgotten candy”, Jason is one of the country’s premier candy collectors and historians with his discoveries appearing in countless blogs, magazines, newspaper articles, and books. Always happy to share his knowledge and unique perspectives on this colorful part of our popular culture, Jason has consulted with New York’s Museum of Food and Drink and has also been a featured guest on Food Network’s Heavyweights, France’s M6 Capital, and New York’s TheActionRoom.com. My Google Profile+
View all posts by Jason Liebig →
This entry was posted in 1970's and tagged 1970's candy, 70's candy, candy collecting, candy collection, candy collector, candy wrapper collection, candy wrapper collector, collectible, collecting candy, confectionery, confections, Kojak candy, licensed, packaging, sweets, Telly Savalas, Telly Savalas candy, vintage candy wrapper, wrapper. Bookmark the permalink.

2 Responses to Who Loves Ya, Baby? – Kojak Pops!