Unexpected Saturday Adventure: How a broken elbow led me to the London Candy Company! 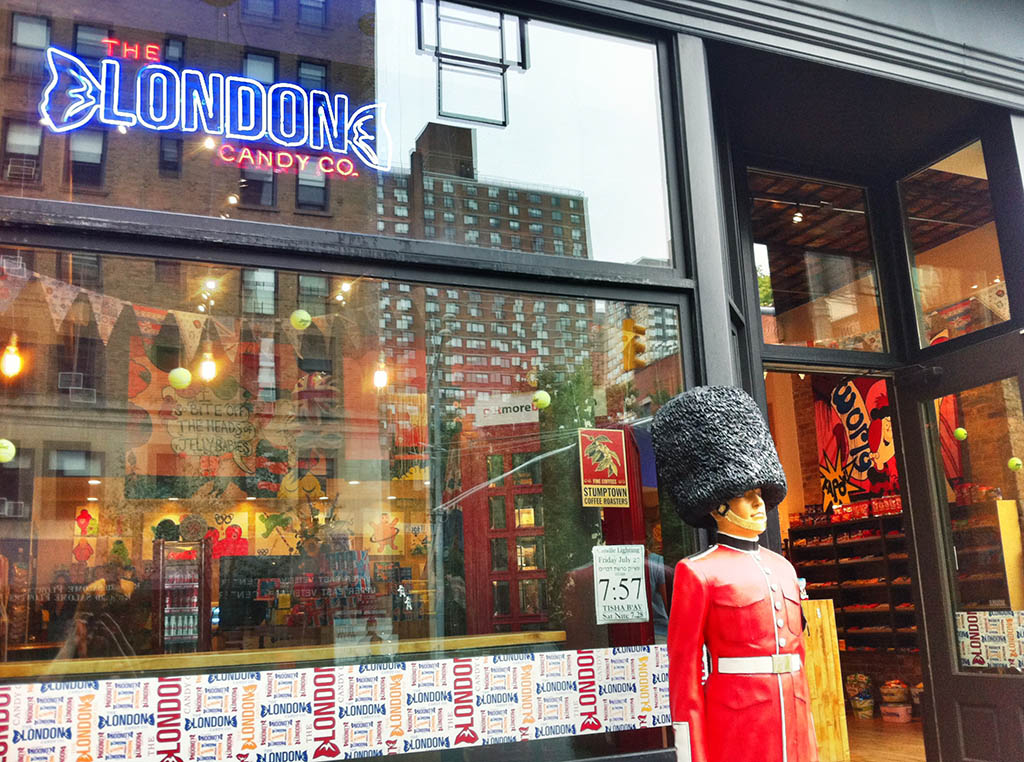 It was an overcast, occasionally-rainy Saturday in New York City this weekend.  You might say it was very London-like.  Due to this, my girlfriend and I decided to stay in, check out the Olympics for a while, watch a bad sci-fi movie, and catch up on some apartment-cleaning.  But things don’t always work out as planned, and sometimes that’s okay.

Our day was going along just as planned, until around 5pm when my girlfriend received an alarming call from a friend of hers in Manhattan.  Her friend was upset and crying, and had apparently slipped in the rain, and landed right on her elbow.  She was now back in her apartment but in extreme pain and the elbow was swelling.

Knowing her neighborhood, we suggested she make her way to Lenox Hill Hospital’s Emergency Room.  But she didn’t know if she could even make her way to a taxi to get there.  So, we loaded up our car and drove into Manhattan to rescue her.

My girlfriend helped her friend into our car, and I dropped the pair of them off at the emergency room door before heading off to find a place to park.

Left to wait out their emergency room adventure (which turned out to be only about four hours), I set off on my own to explore Manhattan’s Upper East Side.  I’d lived in the area a decade earlier, so I was curious as to how things had changed.  I also knew that there were countless small shops in the area that might have expired candy.  So off I went.

[Edit:  It is at this point I was tempted to share a cropped photo of our friend, the broken-elbow-victim, with arm splinted and bandaged.   Her frown on the photo seemed to say – “Post this picture and you’re history!”  So I have opted to not include that.

A quick check of my iPhone’s Google revealed that there was a certified candy shop only 18 blocks north of my location; and with an intriguing name – The London Candy Company.

I’m a candy collector already enamored with British confections, so this journey seemed like a dream situation.  The London Candy Co. did not disappoint.

I spent just over $30 grabbing an assortment of exotic offerings that I thought were the most interesting, and snapped a few pictures while I was there, too.   Here they are: 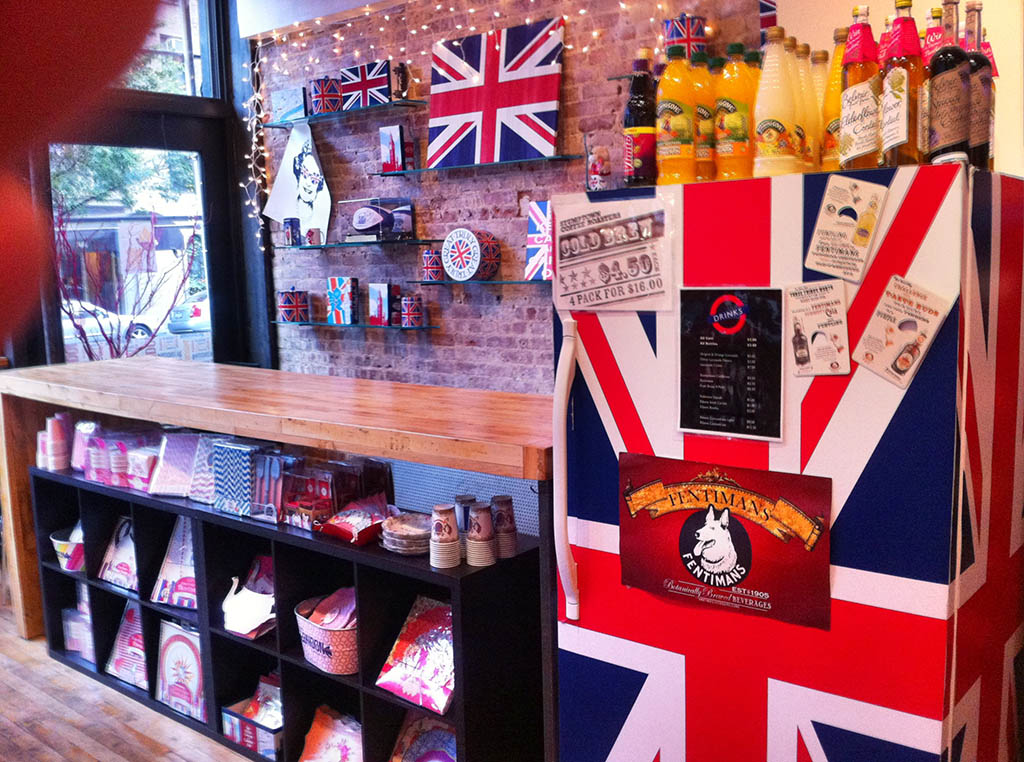 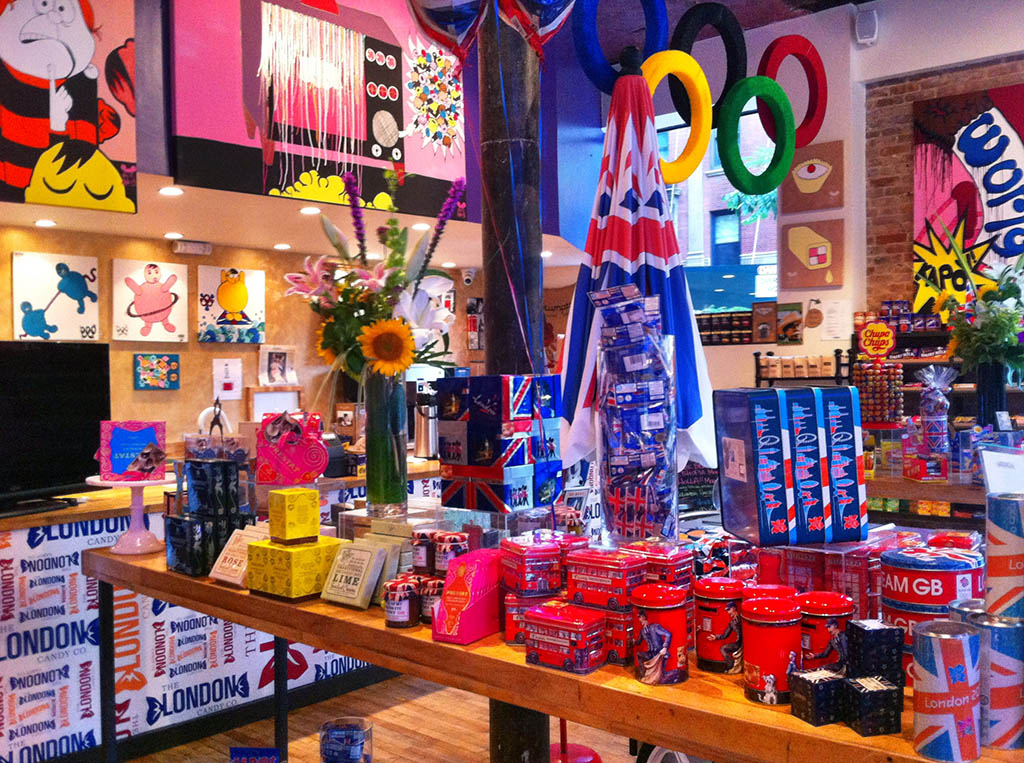 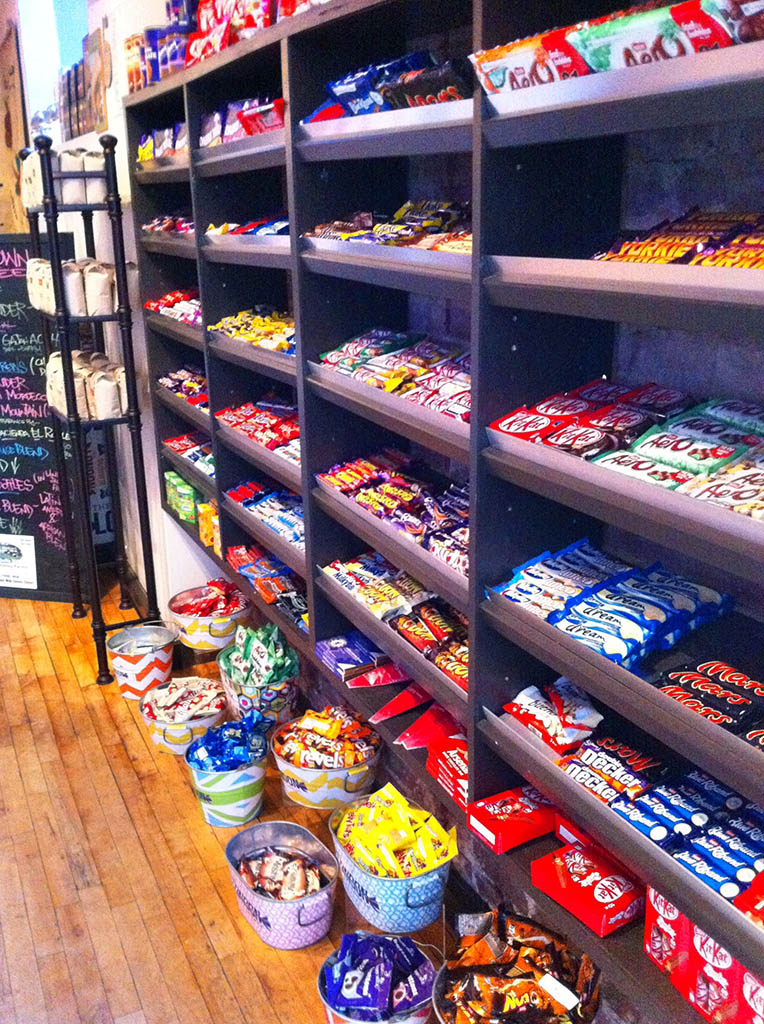 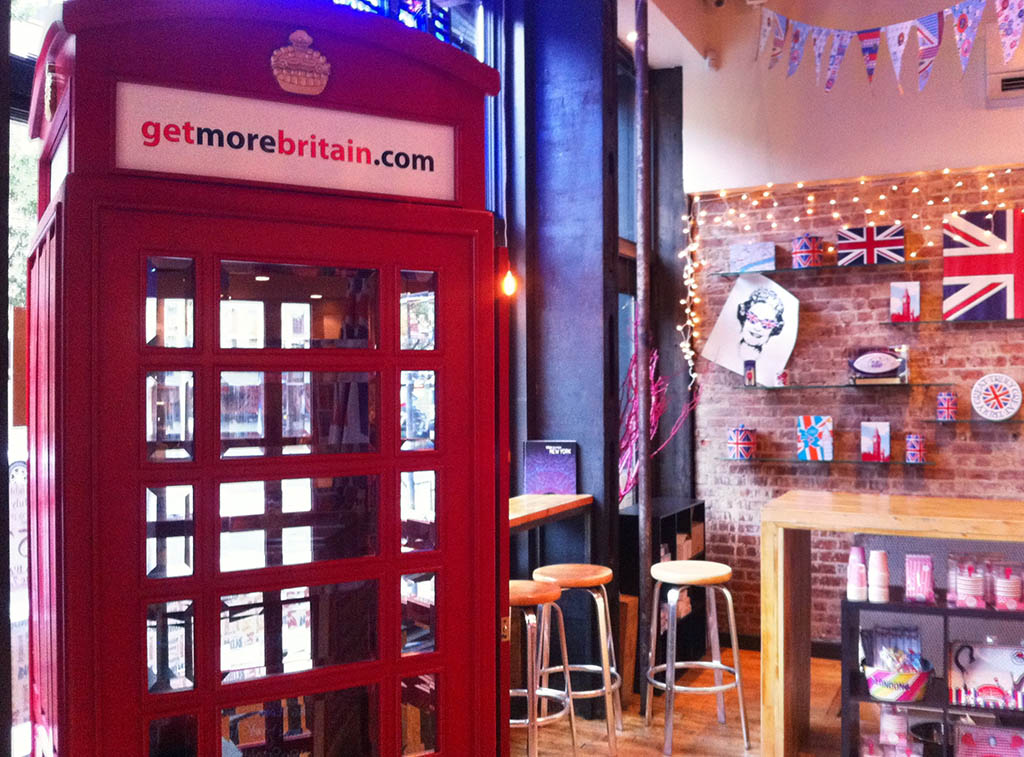 Here are a trio of pieces I picked up while visiting.  Note the 75th Anniversary Smarties box: 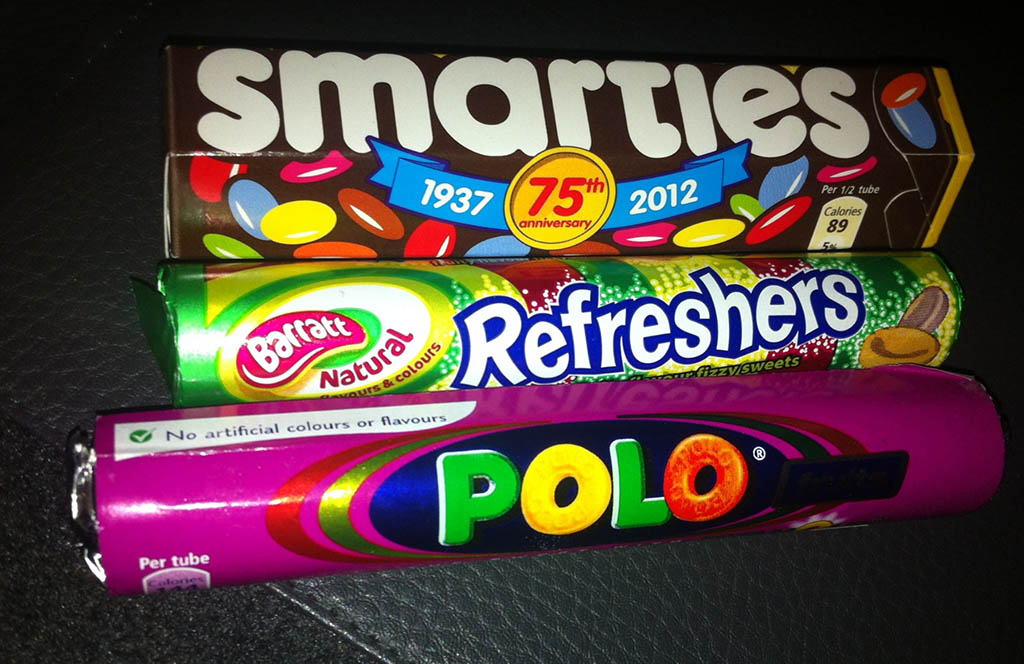 Though my trip to the store was brief, it was pleasantly unexpected, and so all the more satisfying.  I was able to pick up a number of treats I’d not be able to find anywhere else and I caught a glimpse of the shop’s wonderful coffee selection (while not a coffee drinker myself – the gentleman behind the counter, with a great pitch, made a good case for becoming one. )

I should note that along my journey, I made several trips into side stores and delis.  During one such stop, I did find a dust-covered candy display box which contained expired boxes of Bonz Candy.   Bonz Candy is one I’d not come across since becoming an active collector several years ago.  So of course I snagged one for my collection – and here it is: 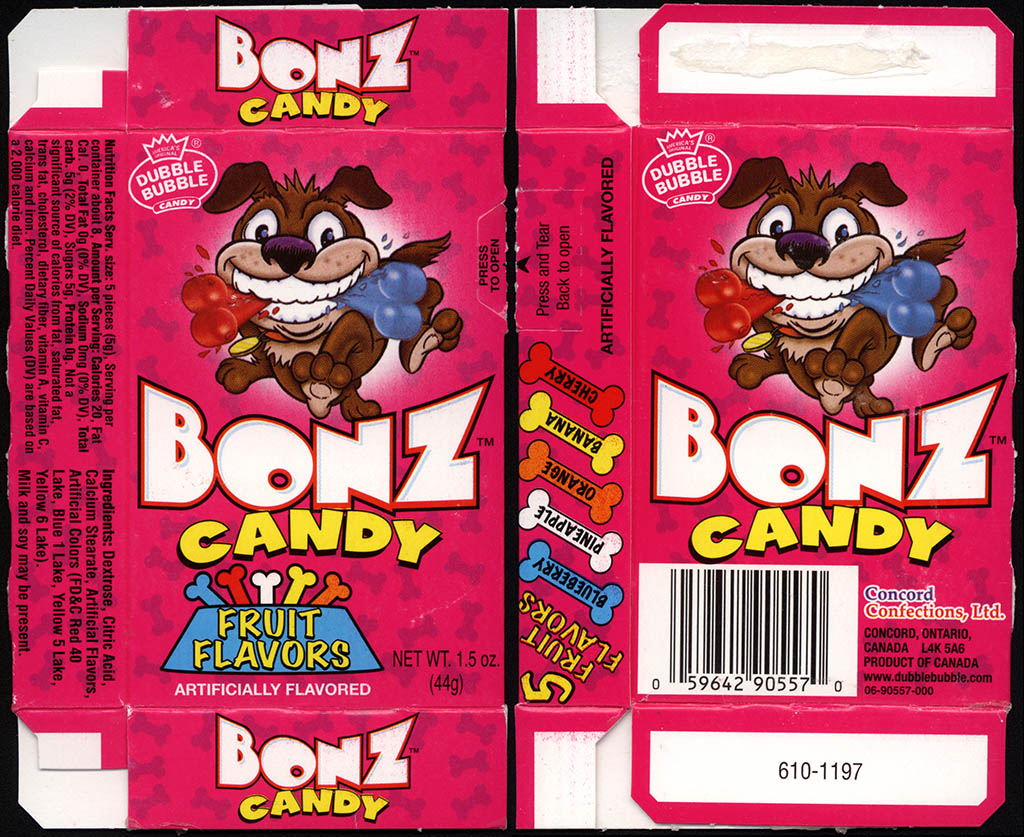 And that’s the story of my unexpected Saturday adventure.  See you next time!

A New York City based writer, editor and sometimes actor. After spending much of the 1990′s in the comic book business helping tell the stories of Marvel Comics’ X-Men as series editor, he has since split his time between developing his own entertainment properties while still consulting and working on others. Having been described as “the Indiana Jones of lost and forgotten candy”, Jason is one of the country’s premier candy collectors and historians with his discoveries appearing in countless blogs, magazines, newspaper articles, and books. Always happy to share his knowledge and unique perspectives on this colorful part of our popular culture, Jason has consulted with New York’s Museum of Food and Drink and has also been a featured guest on Food Network’s Heavyweights, France’s M6 Capital, and New York’s TheActionRoom.com. My Google Profile+
View all posts by Jason Liebig →
This entry was posted in Boxed, British, Hard Candy, Novelty and tagged British, British candy, candy collecting, candy collection, candy collector, candy wrapper collection, candy wrapper collector, collectible, collecting candy, confectionery, confections, expired candy, packaging, sweets, United Kingdom, vintage candy wrapper, wrapper. Bookmark the permalink.

1 Response to Unexpected Saturday Adventure: How a broken elbow led me to the London Candy Company!