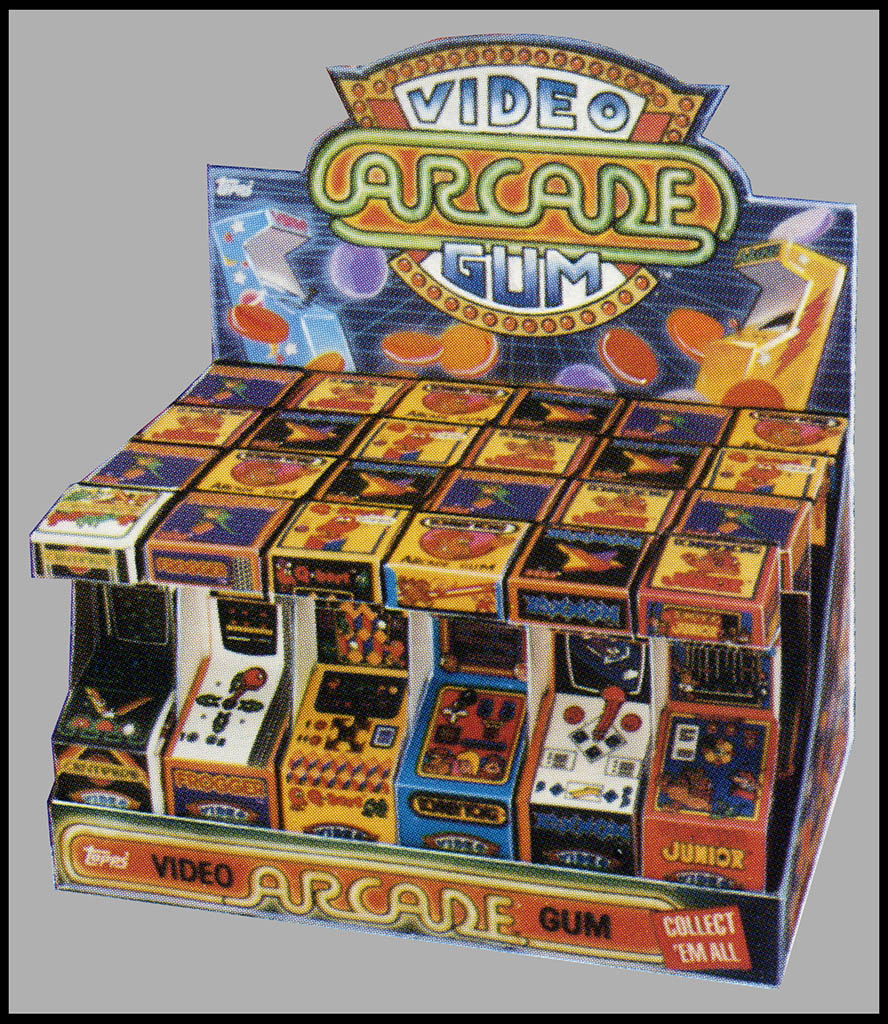 Released in the mid-1980’s, Topps Video Arcade Gum are the earliest examples of a candy container designed to look like a piece of gaming hardware.

I’ve got other, later candy containers that look like the Sega Game Gear, Nintendo controllers and several more, and eventually I’ll cover those too.  For now, it’s important to note that Topps’ Video Arcade Gum was the first, but would be far from the last. 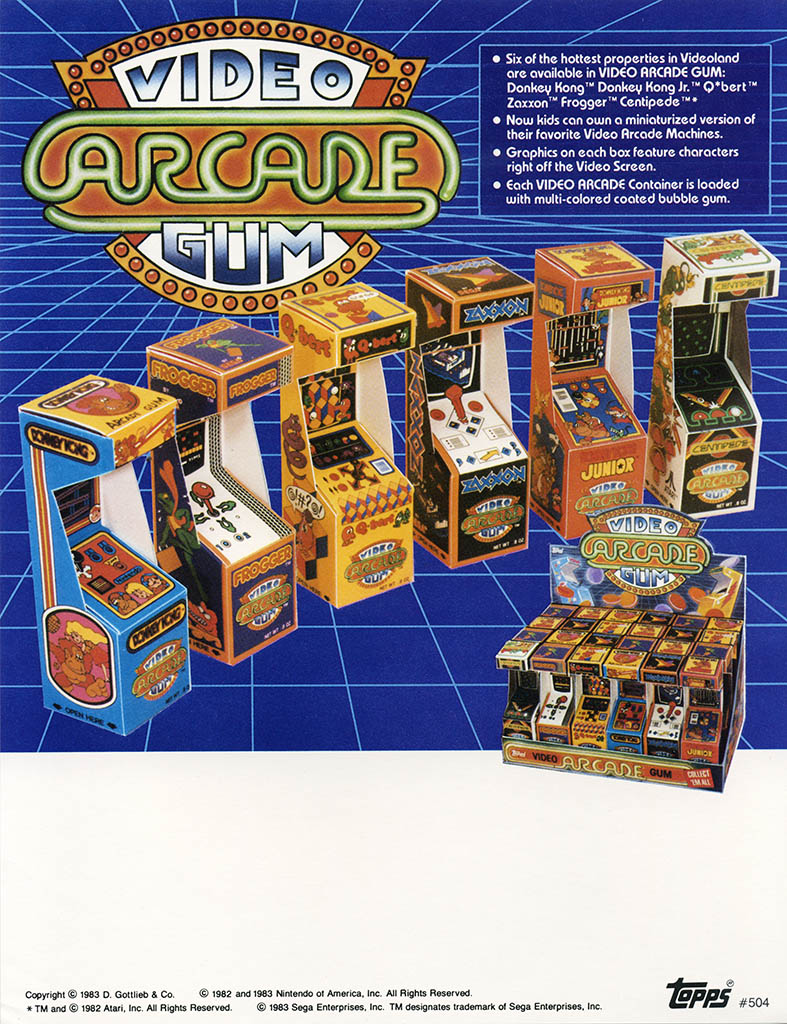 As you can see, this was series of six different cardboard containers, cleverly shaped like one of the popular arcade machines of the day. Each was filled with tiny Chiclets-like gum, which I assume you got to by lifting the top tab of the container.

The games they chose are still classics and most of you know will recognize all of them.  Q-Bert, Donkey Kong, Donkey Kong Jr., Centipede, Frogger, and Zaxxon.  Of those, I think only Zaxxon might be not be video game Hall-of-Fame-worthy. 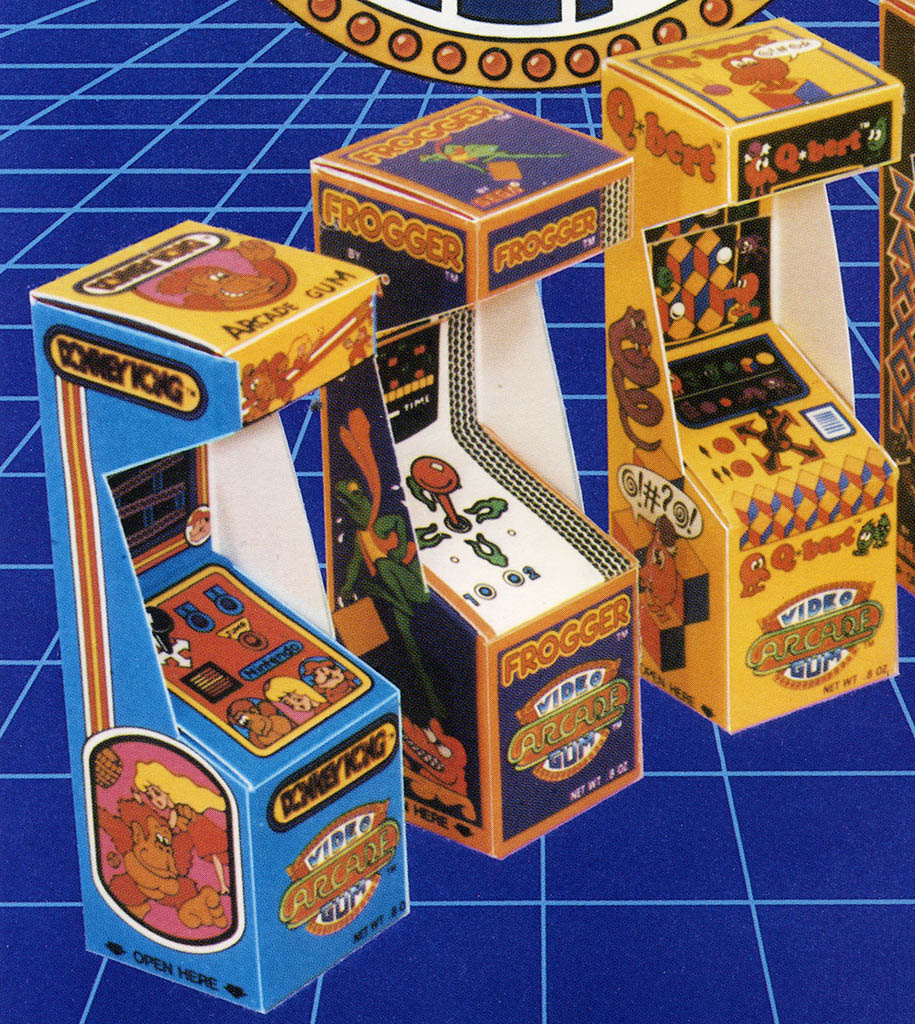 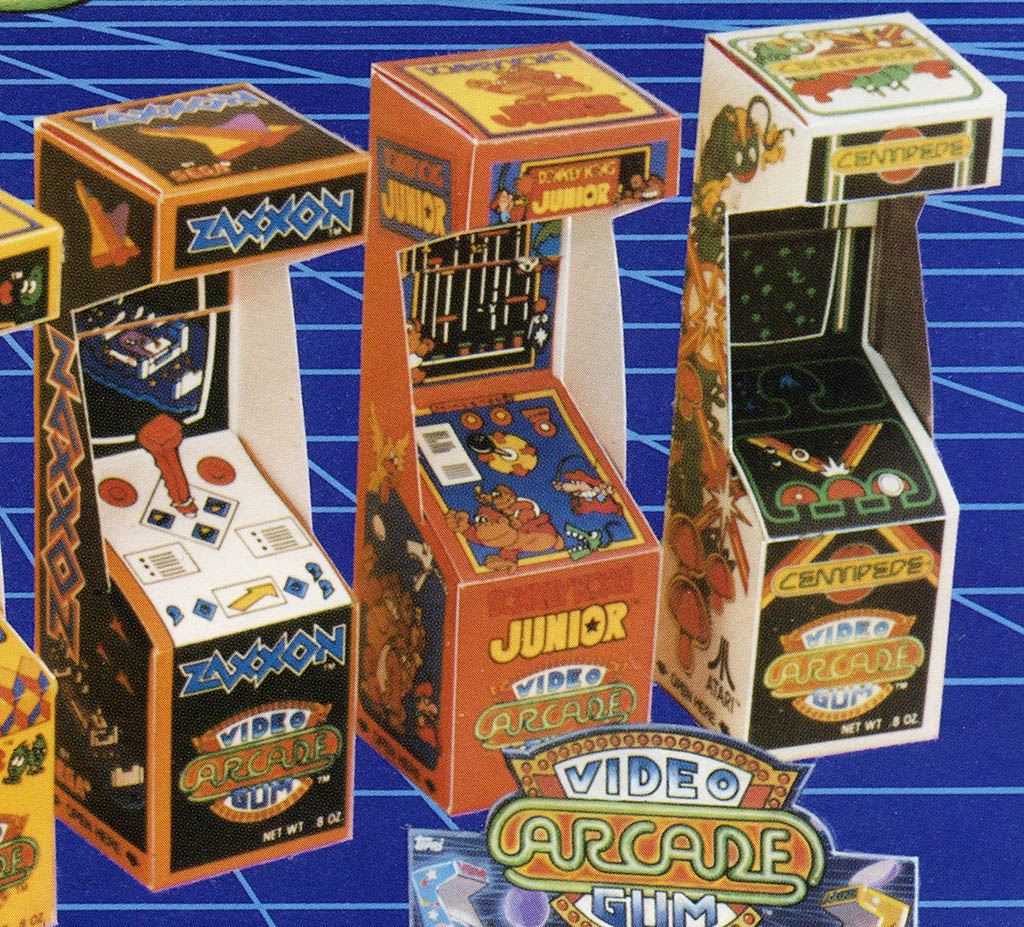 As a collector, it’s been surprisingly difficult for me to track down a set of these.  I would have thought, like some of the other licensed candy container of the era, they would be easy to find.  But I hardly ever see these, and when I do, someone else gets to them before me.

I suspect that’s as much to do with a possible shortage in supply as it is to do with these being a crossover collectible.  These are something many non-candy-collectors might like to have on their shelf.  They’re pretty awesome.

I do have one example from the series – one that had been trimmed and flattened for a scrapbook.  It’s Frogger:

As it stands, these neat little classic arcade candy containers still elude me.  But my hunt continues and for now I will happily admire them from afar.

A New York City based writer, editor and sometimes actor. After spending much of the 1990′s in the comic book business helping tell the stories of Marvel Comics’ X-Men as series editor, he has since split his time between developing his own entertainment properties while still consulting and working on others. Having been described as “the Indiana Jones of lost and forgotten candy”, Jason is one of the country’s premier candy collectors and historians with his discoveries appearing in countless blogs, magazines, newspaper articles, and books. Always happy to share his knowledge and unique perspectives on this colorful part of our popular culture, Jason has consulted with New York’s Museum of Food and Drink and has also been a featured guest on Food Network’s Heavyweights, France’s M6 Capital, and New York’s TheActionRoom.com. My Google Profile+
View all posts by Jason Liebig →
This entry was posted in 1980's, Bubble Gum, Gum, Novelty, Topps and tagged 1980's candy, 80's candy, arcade game, candy collecting, candy collection, candy collector, candy wrapper collection, candy wrapper collector, collectible, collecting candy, confectionery, confections, packaging, sweets, vintage arcade games, vintage candy wrapper, wrapper. Bookmark the permalink.

5 Responses to From the 80’s: Topps Video Arcade Gum!