The King of Rock ‘n Roll and The King of Pop – A Pair of Kings in Candy!

Some days I have trouble coming up with a topic for CollectingCandy, and some days it’s like the pieces just fall into place.  For today’s column, I was really drawing a blank.

So, as I sometimes do, I took my empty head and simply flipped through sections of my collection, hoping for inspiration or for something to jump out at me that might be fun to write about and share.

These are the kinds of wrappers that aren’t getting tossed in the trash like regular candy wrappers.  They are created to have a collectible aspect about them, which makes them an exception in the world of candy wrappers, and makes them a bit more common.  In spite of that, they happen to make for a great thematic bit of coverage today.  So let’s get to it:

First up are the “Michael Jackson” bar wrappers.  Produced and sold in Europe, these were introduced in the late 80’s, a time when Jackson’s popularity was still pretty high around the rest of the world, though his star had fallen a bit in the United States.   Based on the graphics used for the wrappers it seems clear that these were part of the licensing from out of the 1988 Moonwalker film. 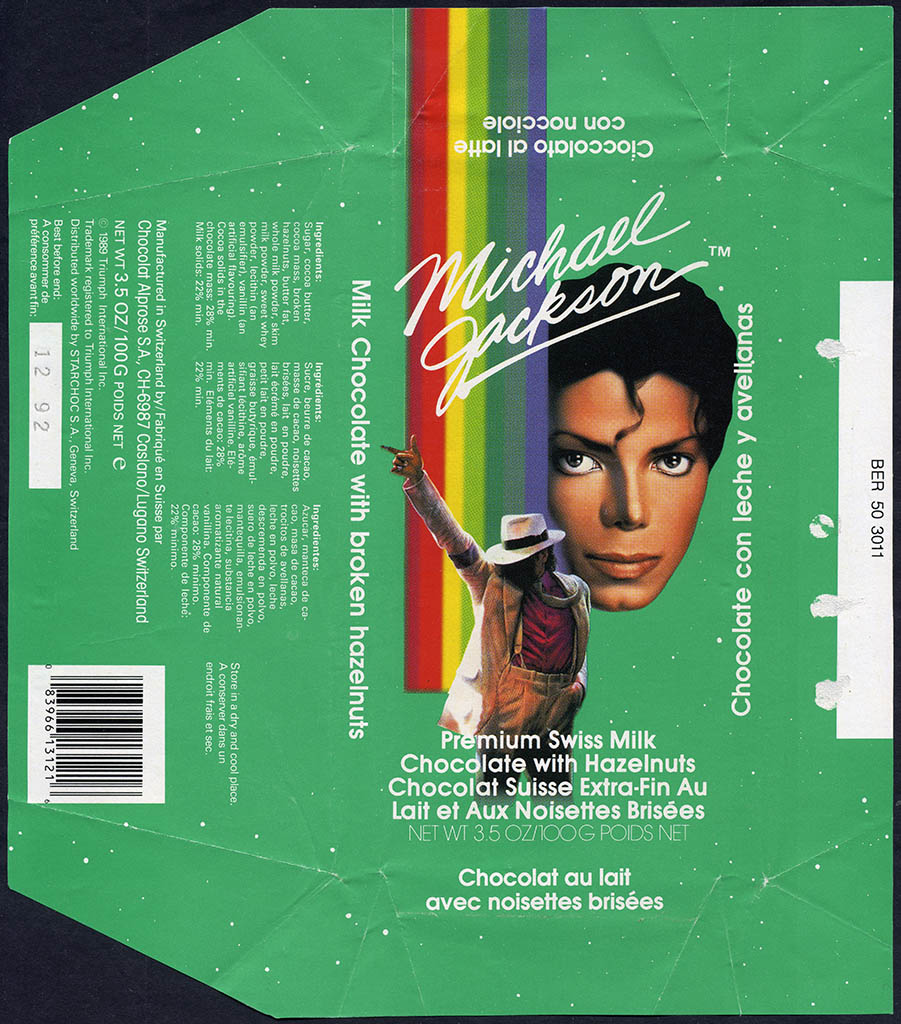 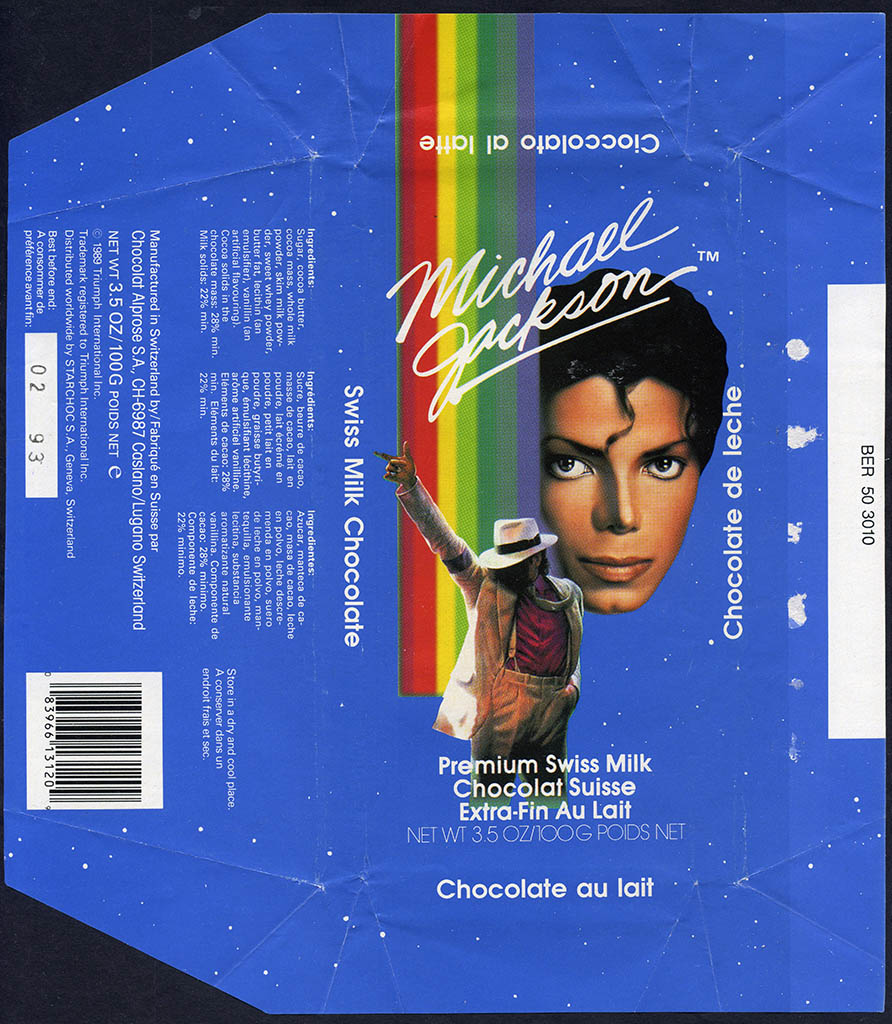 So it was that Jackson got the candy treatment during his own lifetime. For Elvis Presley, this unusual honor would come 30 years after his passing, in 2007.

That year Reese’s released special edition peanut butter cups with different versions of Elvis on the wrappers.  But more than that; they took inspiration from one of Presley’s own favorite indulgences, the peanut-butter-and-banana-sandwich, and created a special flavor of Reese’s Cups to go along with the promotion.   These wrappers were the result: 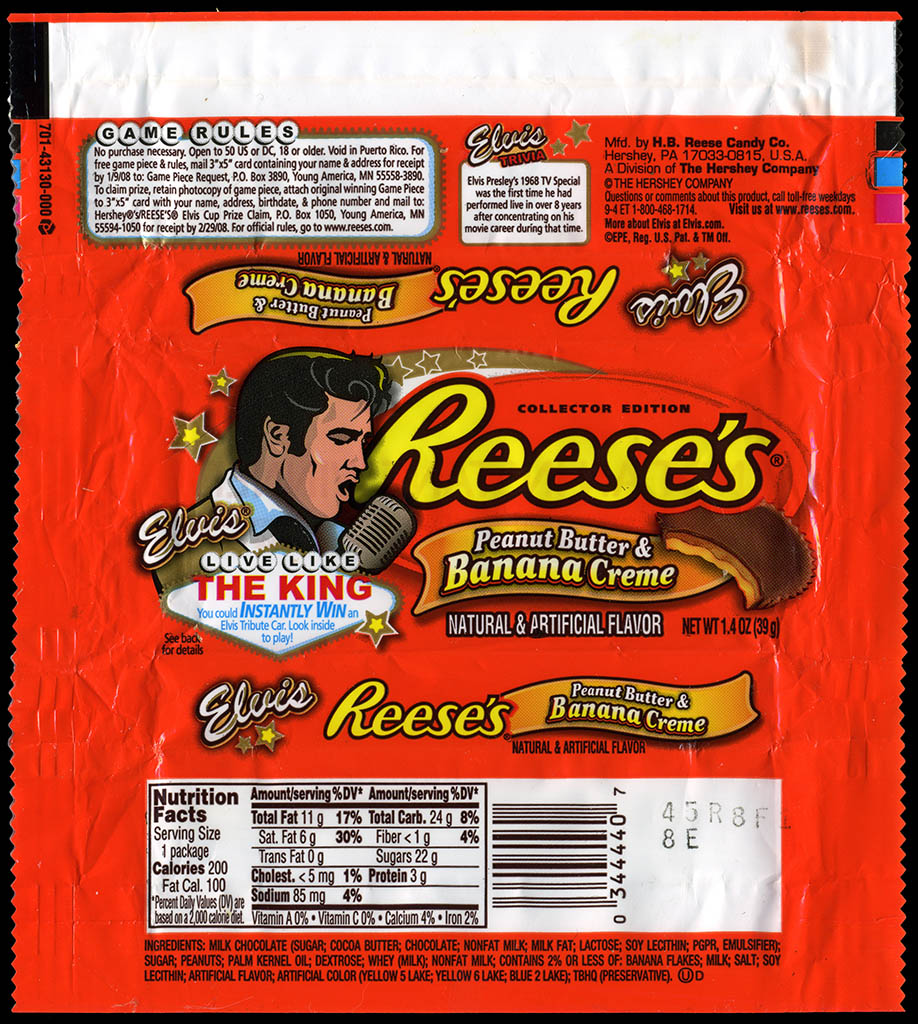 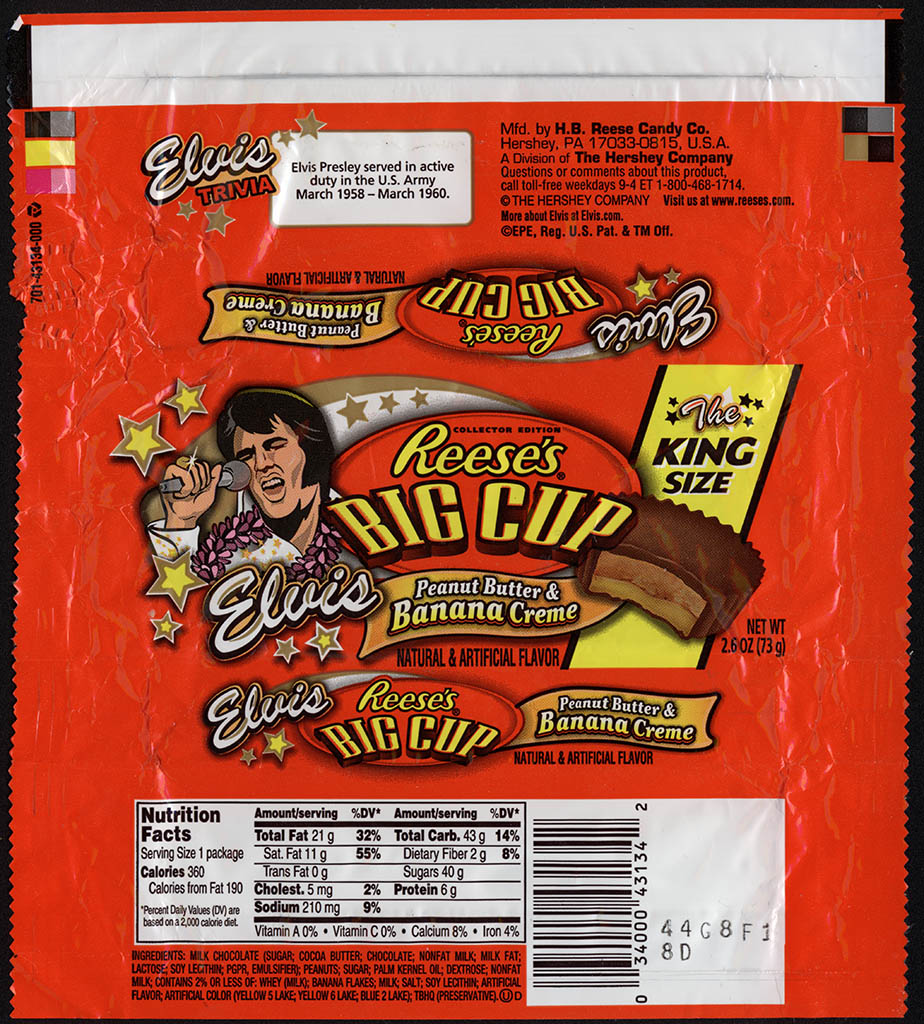 I have to say that I wasn’t the biggest fan of the PB & Banana Creme Reese’s, but I count the Elvis wrappers as some of my all-time favorite special edition wrappers.  They’re pretty awesome.

And that’s all I have for you today on these two Kings and their candy connections.  See you next time!

A New York City based writer, editor and sometimes actor. After spending much of the 1990′s in the comic book business helping tell the stories of Marvel Comics’ X-Men as series editor, he has since split his time between developing his own entertainment properties while still consulting and working on others. Having been described as “the Indiana Jones of lost and forgotten candy”, Jason is one of the country’s premier candy collectors and historians with his discoveries appearing in countless blogs, magazines, newspaper articles, and books. Always happy to share his knowledge and unique perspectives on this colorful part of our popular culture, Jason has consulted with New York’s Museum of Food and Drink and has also been a featured guest on Food Network’s Heavyweights, France’s M6 Capital, and New York’s TheActionRoom.com. My Google Profile+
View all posts by Jason Liebig →
This entry was posted in 1980's, Hershey, Peanut Butter and tagged candy collecting, candy collection, candy collector, candy wrapper collection, candy wrapper collector, collectible, collecting candy, confectionery, confections, Elvis Presley, licensed, Michael Jackson, packaging, Reese's, sweets, vintage candy wrapper, wrapper. Bookmark the permalink.