Cadbury released a variety of special brands and sets of wrappers containing dairy milk bars in the 1970’s.  They were always the same chocolate bar inside, but they differentiated themselves by the wrapper’s concept and theme.   Cadbury’s Laughs was one of those and each of the six wrappers included a description of a different wacky prank on its reverse.    Today, I’ll be giving you a look at the whole set of these wonderful pieces of prank-packed packaging.

I’d imagine that nowadays no candy company would risk printing instructions for a prank, even a harmless one, upon a wrapper.   But in the 1970’s life was a bit simpler and a few bumps and bruises were just part of the deal.

Thinking of that, CollectingCandy.com does not endorse nor recommend trying these pranks.  These are to be performed only by 1970’s English schoolchildren.  Please don’t try them at home!

With that out of the way, lets get to the wrappers and the pranks: 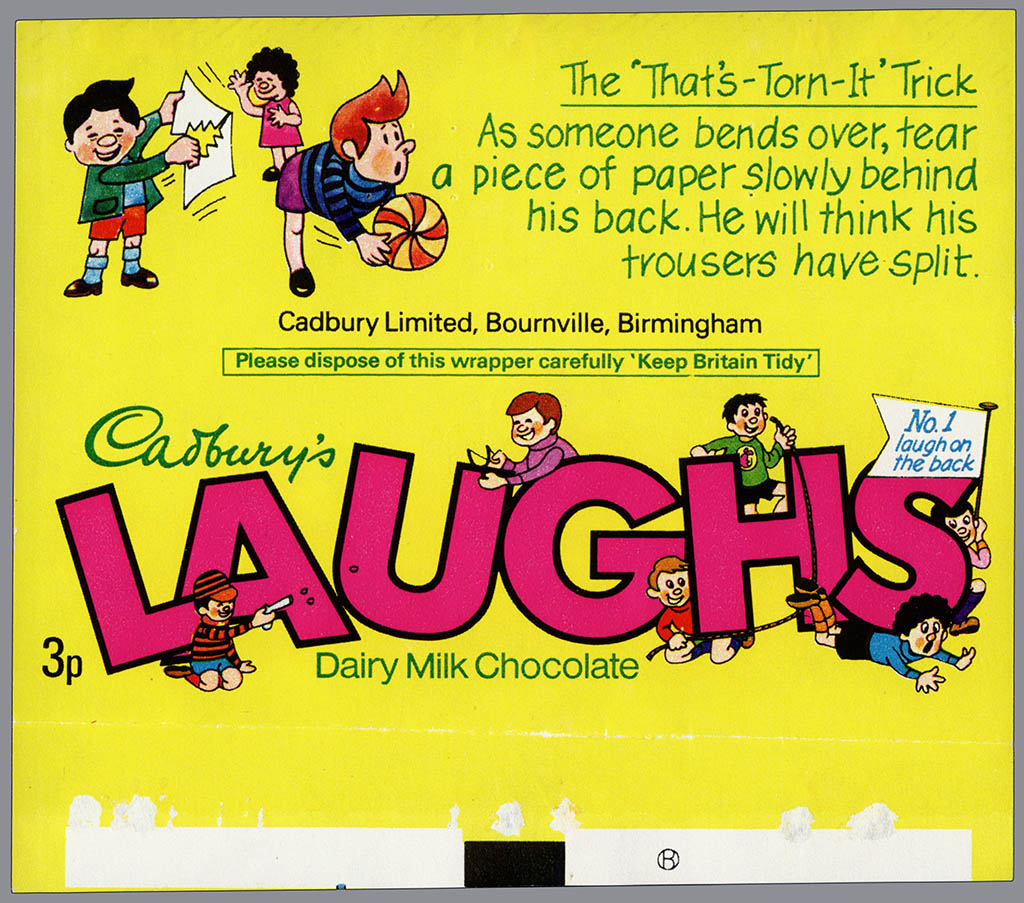 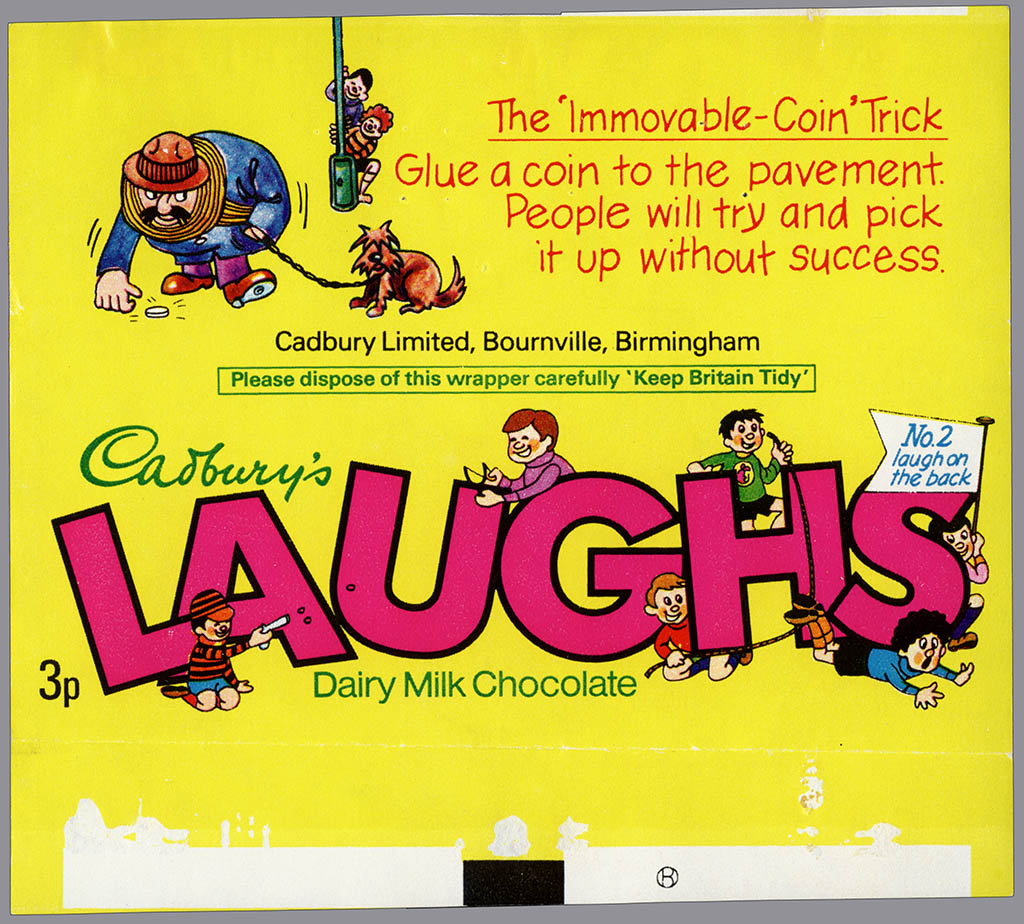 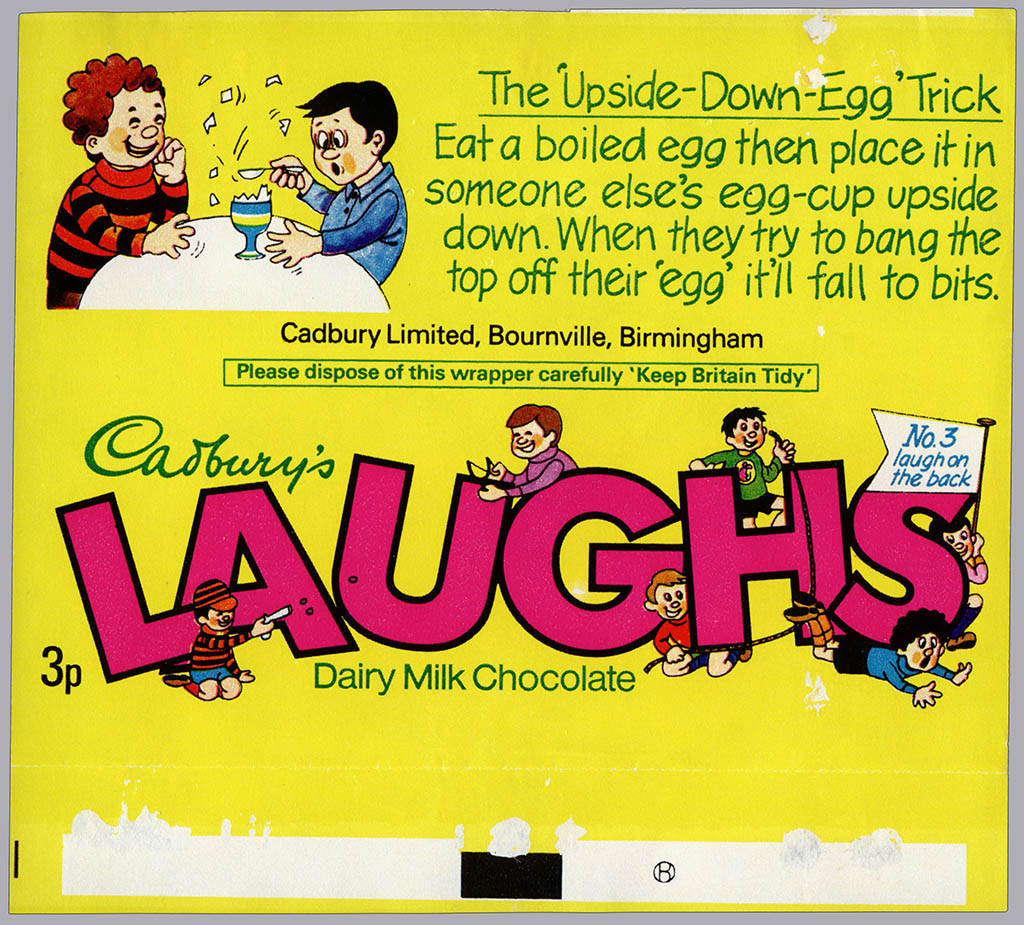 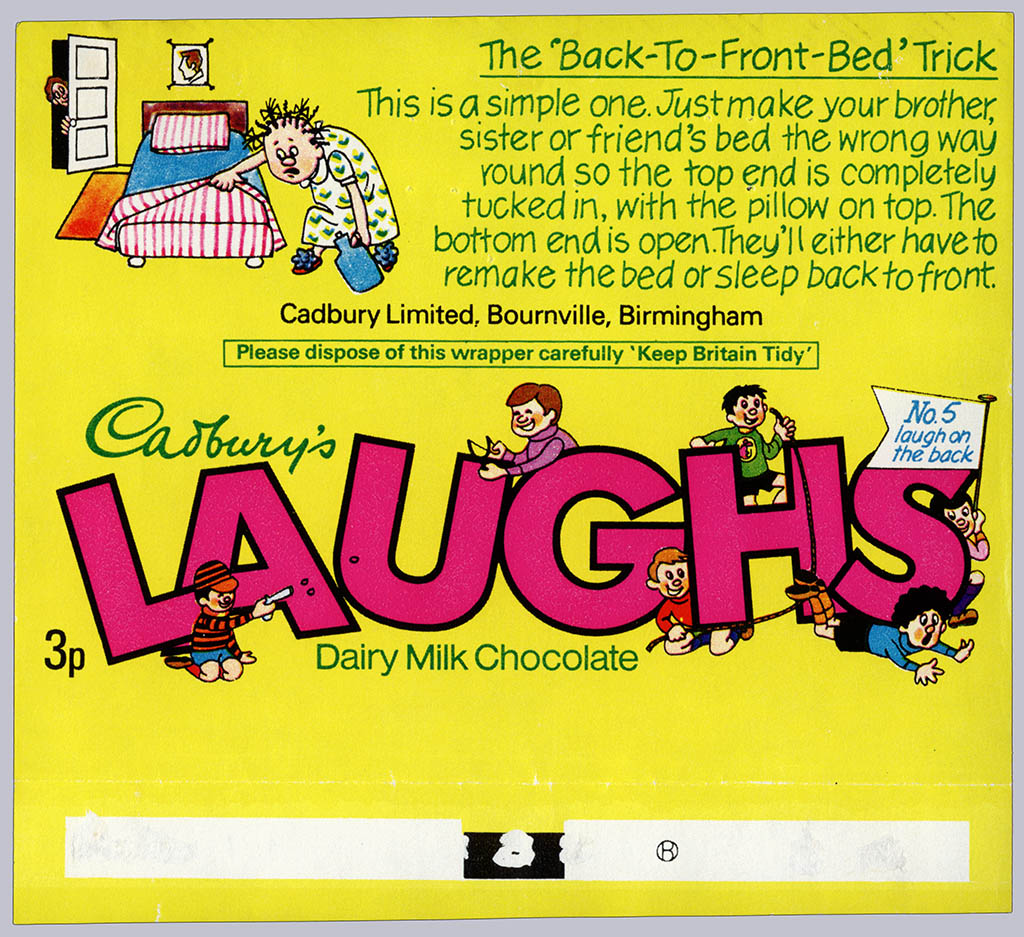 That’s all six wrappers – a full set of Cadbury’s Laughs!

So now you know what British kids of the 70’s were getting up to after episodes of Doctor Who and The Golden Shot (a game show with a gold phone and guests shooting a crossbow – look it up!).

A New York City based writer, editor and sometimes actor. After spending much of the 1990′s in the comic book business helping tell the stories of Marvel Comics’ X-Men as series editor, he has since split his time between developing his own entertainment properties while still consulting and working on others. Having been described as “the Indiana Jones of lost and forgotten candy”, Jason is one of the country’s premier candy collectors and historians with his discoveries appearing in countless blogs, magazines, newspaper articles, and books. Always happy to share his knowledge and unique perspectives on this colorful part of our popular culture, Jason has consulted with New York’s Museum of Food and Drink and has also been a featured guest on Food Network’s Heavyweights, France’s M6 Capital, and New York’s TheActionRoom.com. My Google Profile+
View all posts by Jason Liebig →
This entry was posted in 1970's, British, Chocolate and tagged 1970's candy wrappers, 1970's chocolate wrapper, 70's candy, British candy wrapper, British chocolate wrappers, Cadbury wrapper, candy collecting, candy collection, candy collector, candy wrapper collection, candy wrapper collector, collectible, collecting candy, confectionery, confections, packaging, sweets, vintage candy wrapper, wrapper. Bookmark the permalink.