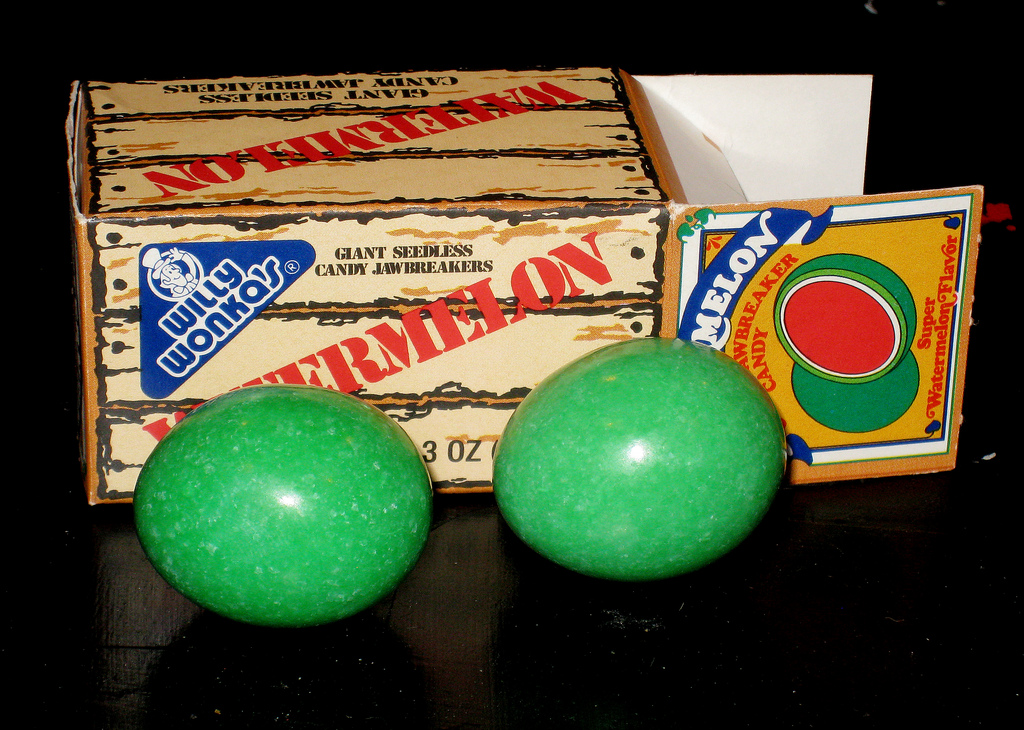 As we head into the summer months, thoughts of going to the beach, the pool or the park (or just about anywhere outside) fill my head.   When I think back to the candy I picked up during some of my 1980’s summers, Willy Wonka’s Watermelon jawbreakers certainly come to mind.

Sold from the mid-to-late 1980’s, I remember picking these up at my local Woolworth store to try for the very first time.  Basically a large watermelon-shaped Gobstopper, these giants were sold two-to-a-box.   The box was designed to look like a miniature fruit crate and I think the packaging worked quite well for it.

A few years ago, I was lucky enough to find a Wonka Watermelon box unopened with the candy still inside, and that’s where today’s title image comes from.  It’s great to be able to share just how the candy itself appeared, fresh out of the box.

Here’s a close look at the entirety of the box design: 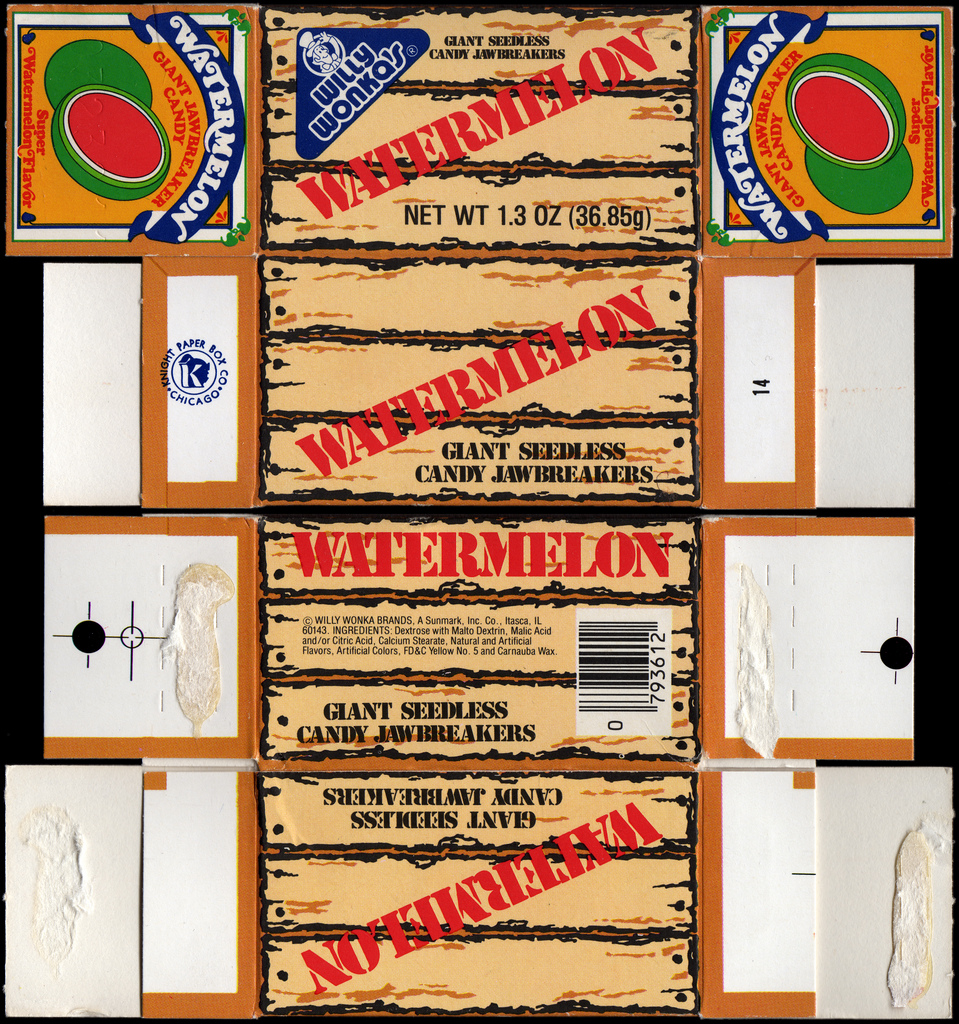 A fun box design from a wonderful period of Wonka innovation, how can you not dig it?

And that’s all for today’s short Friday Favorite piece.  I hope you’ve all got plans to get outside this weekend with friends and loved ones to enjoy some safe-and-sunny summer fun!  See you next time!

A New York City based writer, editor and sometimes actor. After spending much of the 1990′s in the comic book business helping tell the stories of Marvel Comics’ X-Men as series editor, he has since split his time between developing his own entertainment properties while still consulting and working on others. Having been described as “the Indiana Jones of lost and forgotten candy”, Jason is one of the country’s premier candy collectors and historians with his discoveries appearing in countless blogs, magazines, newspaper articles, and books. Always happy to share his knowledge and unique perspectives on this colorful part of our popular culture, Jason has consulted with New York’s Museum of Food and Drink and has also been a featured guest on Food Network’s Heavyweights, France’s M6 Capital, and New York’s TheActionRoom.com. My Google Profile+
View all posts by Jason Liebig →
This entry was posted in 1980's, Hard Candy, Wonka and tagged 1980's, 1980's candy, 80's, candy box, candy collecting, candy collection, candy collector, candy wrapper collection, collecting candy, fruit flavored, packaging, retro, summer, vintage, vintage candy box, vintage candy wrapper, Willy Wonka, Wonka candy. Bookmark the permalink.

5 Responses to A Friday Favorite for Summer – Willy Wonka’s Watermelon!