Candy Care Package from Australia! And what are those coconuts covering? 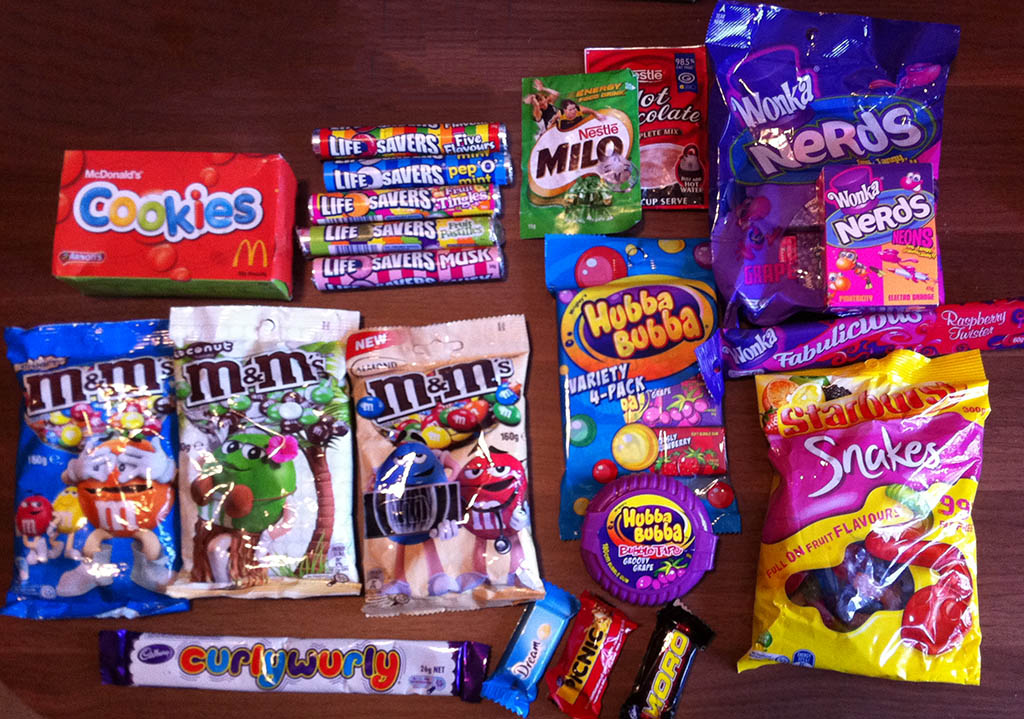 As a candy collector, traveling out of the country is a great opportunity to find fun and foreign versions of candy packaging.  Of course, if you’re not a regular globetrotter, it helps to have friends pitch in for the hunt.

A pal of mine recently put together a great care package of current offerings from the candy shelves of Australia.  She had done so a few years earlier, so when I saw a fun new M&M’s package from down under, I asked if she could do so again.

The M&M’s package that prompted this latest candy care package request was for the new Coconut M&M’s.  I saw the Australian version online and immediately noticed a difference – the M&M mascot Green was wearing a coconut top: 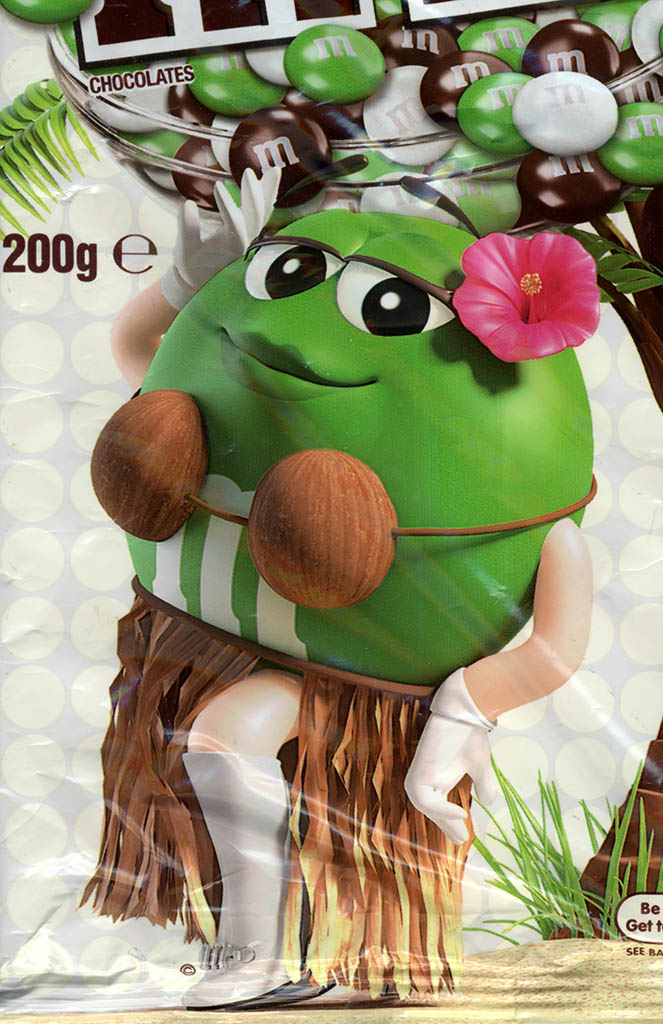 I’ve mentioned before about how the Australian branch of the M&M/Mars company has a bit more fun with their mascots than we do, and this is clearly another case of that.   After all, in the United States market, these were the versions of Green that we got on our M&M’s Coconut packages: 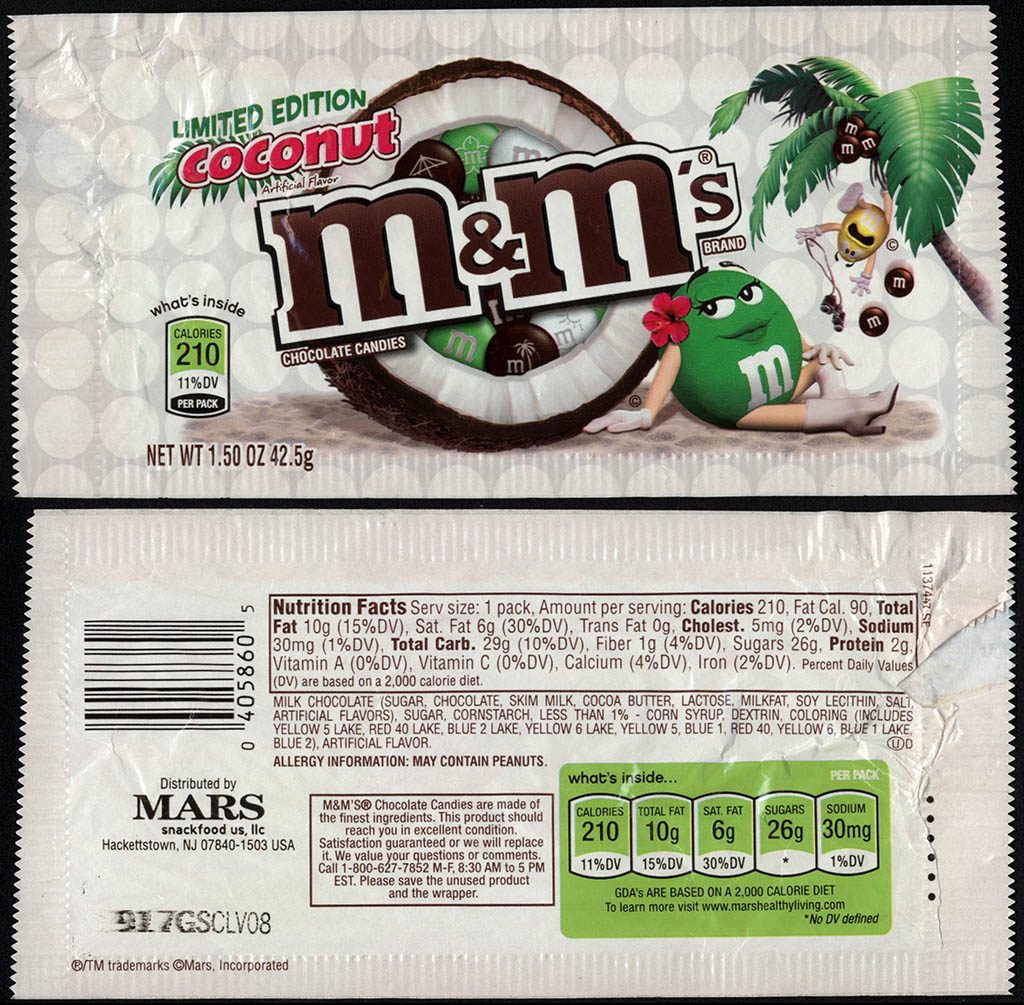 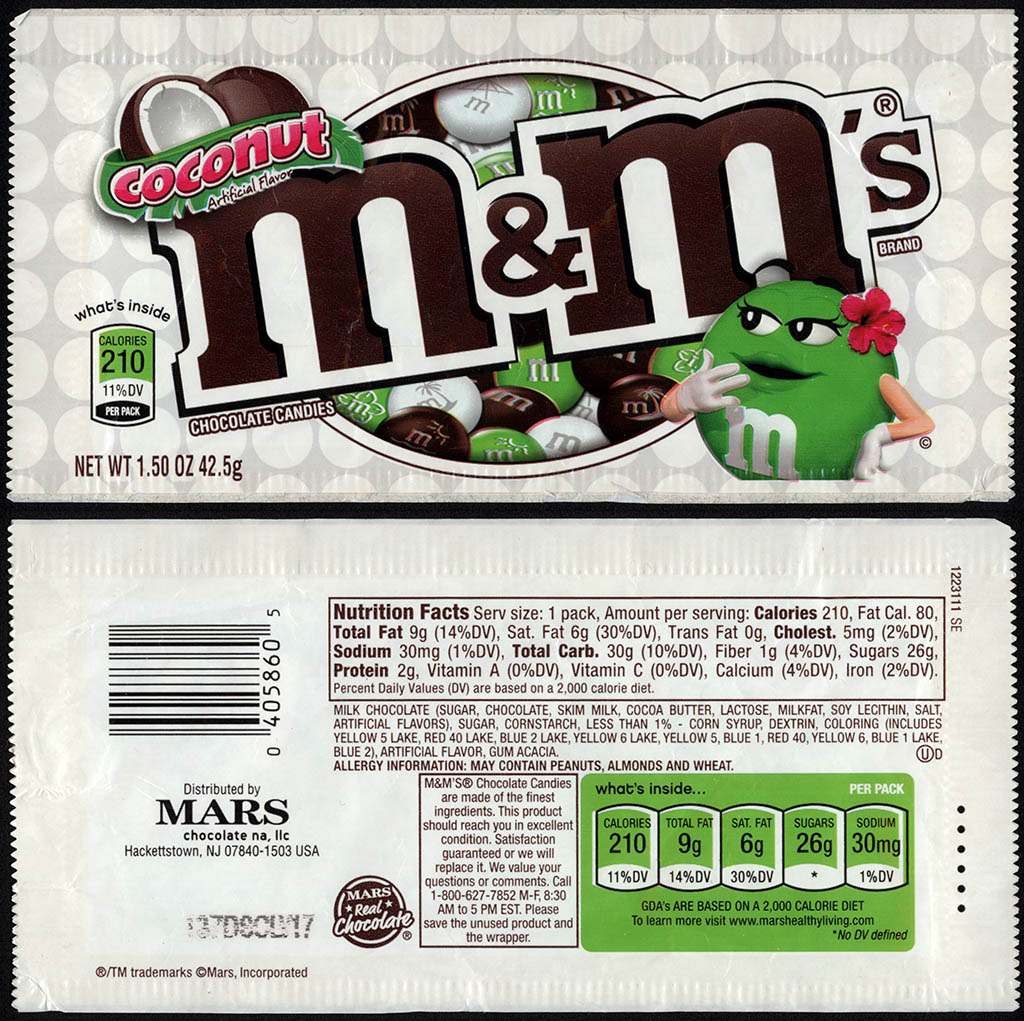 And here’s the full Australian package: 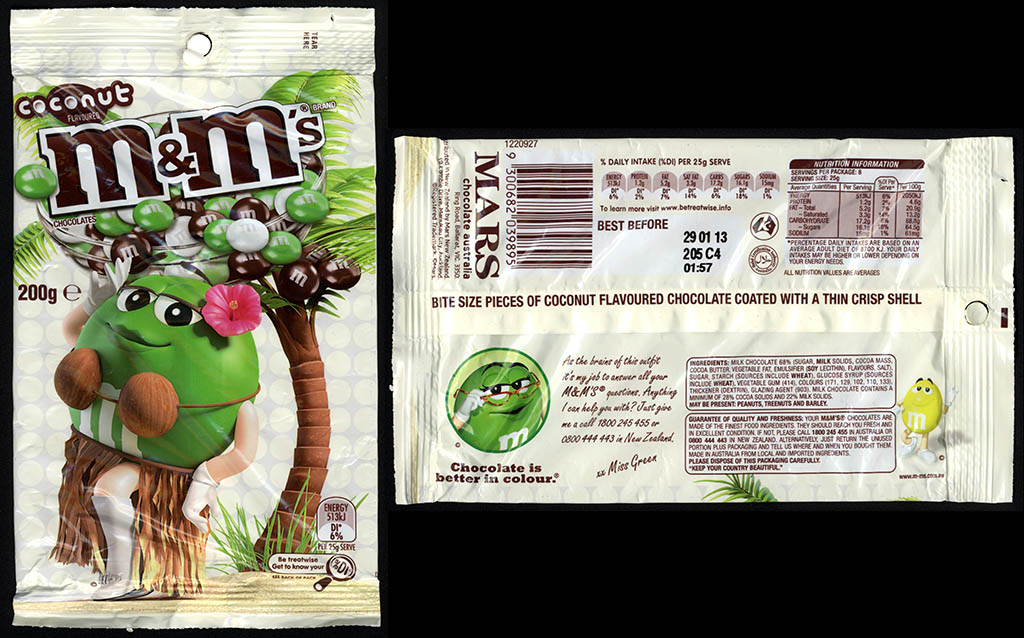 Two other M&M’s packs came in the care package.  One for M&M’s Crispy, which have been discontinued here for a few years, and another for M&M’s Almond, which are new to the Australian market.  The packaging for the Almond flavor presents an X-Ray scenario similar to the United States’ M&M’s Pretzel flavor packages. 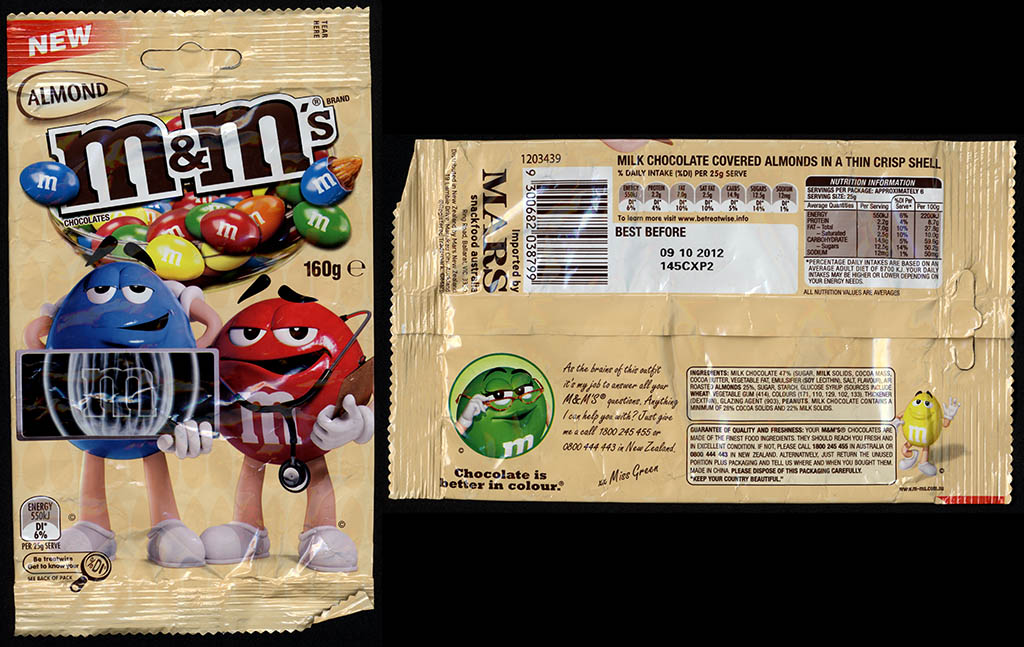 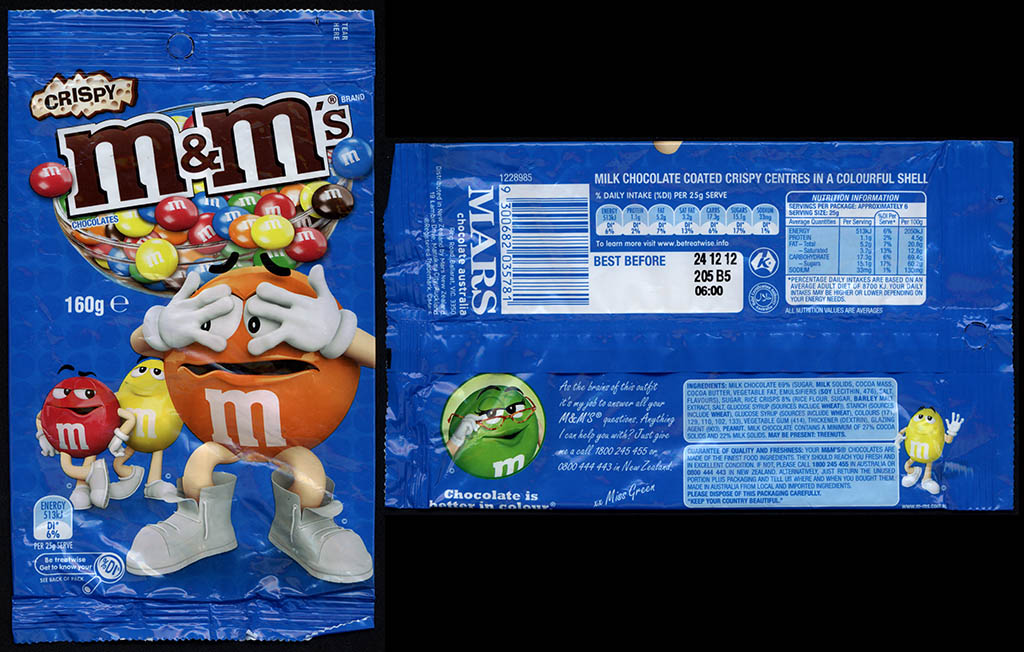 So a bit of fun from the other side of the globe for today.  I’ll leave it to you to decide just what Australia’s Miss Green was covering up with her coconuts…

[Special thanks to my pal Elli from Australia!]

A New York City based writer, editor and sometimes actor. After spending much of the 1990′s in the comic book business helping tell the stories of Marvel Comics’ X-Men as series editor, he has since split his time between developing his own entertainment properties while still consulting and working on others. Having been described as “the Indiana Jones of lost and forgotten candy”, Jason is one of the country’s premier candy collectors and historians with his discoveries appearing in countless blogs, magazines, newspaper articles, and books. Always happy to share his knowledge and unique perspectives on this colorful part of our popular culture, Jason has consulted with New York’s Museum of Food and Drink and has also been a featured guest on Food Network’s Heavyweights, France’s M6 Capital, and New York’s TheActionRoom.com. My Google Profile+
View all posts by Jason Liebig →
This entry was posted in M&M's and tagged Australia, Australian, foreign, Green, mascot. Bookmark the permalink.

1 Response to Candy Care Package from Australia! And what are those coconuts covering?