Howdy, all.  Sorry that the site has been without update the last two days.  I’ve had an injury, and today is the first time I’ve been able to keep my eyes on a computer screen for more than a few seconds without a lot of pain.

You see, late Wednesday night, my dog decided that jumping upon my face was a good idea… and her claw proceeded to scratch my cornea – dead center, as a matter of fact.  After several hours at the ophthalmologist the next morning, I left fully eye-patched up.

Admittedly, not the coolest eye-patch available.

From there, I endured a good 36 hours of waves of pain and discomfort, mixed with bouts of pain-killer-induced sleep and euphoria.

And, of course, I was thinking about CollectingCandy.com, and what I might write about, with regard to my absence.   While I’m still dealing with a bit of occasional pain, and my injured eye has yet to regain full focus back, I did want to get something posted to the site today.  So, I thought I’d give you a few pieces of Pirate-themed, or more specifically, eye-patch wearing candy.

Let’s start with one of my favorites, Topps’ Gold Rush gum.  I’ll be presenting a major piece on Gold Rush later on, so consider this a bit of a tease for what is to follow: 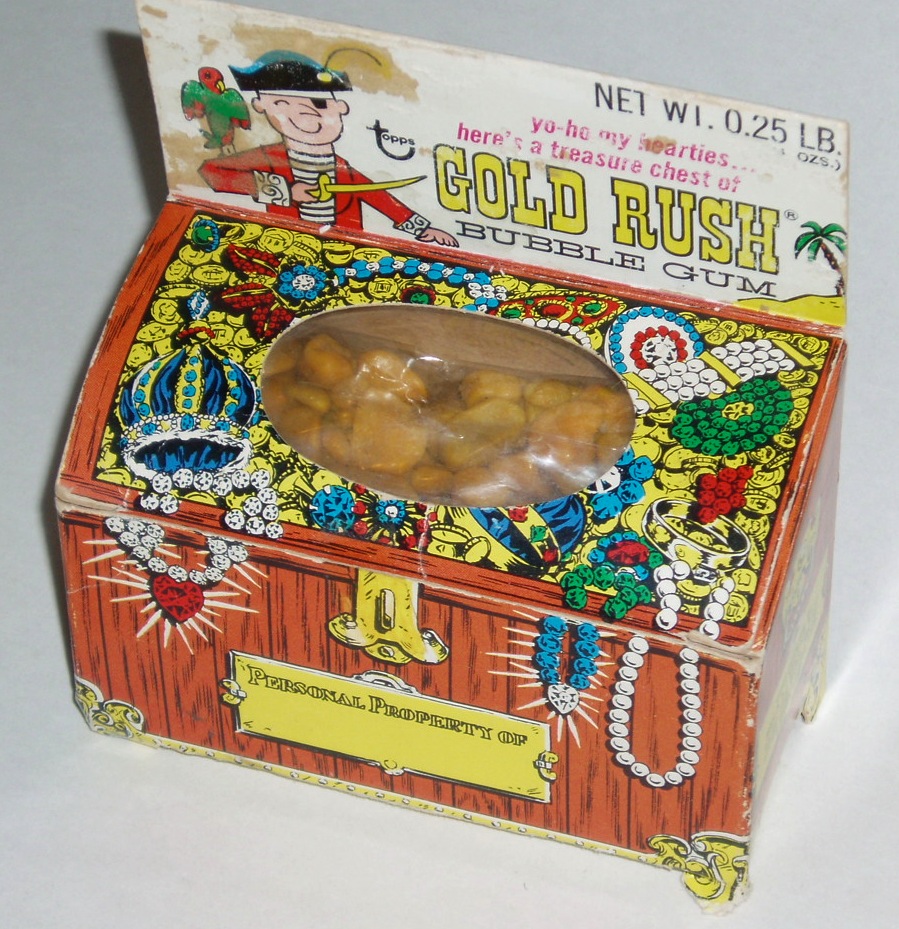 That pirate lacks the grimace that came with my eye-patch, as well as the beard.  I have finally learned why pirates wear beards – it’s not because it’s the style, it’s because it’s so damned hard to shave with only one good eye.

Next up, a bit of an odd one from the UK.  This is from Bassett’s, the folks who are known for their Jelly babies and their “Allsorts”, which has been sold stateside.  I guess this is supposed to be a pirate-clown: 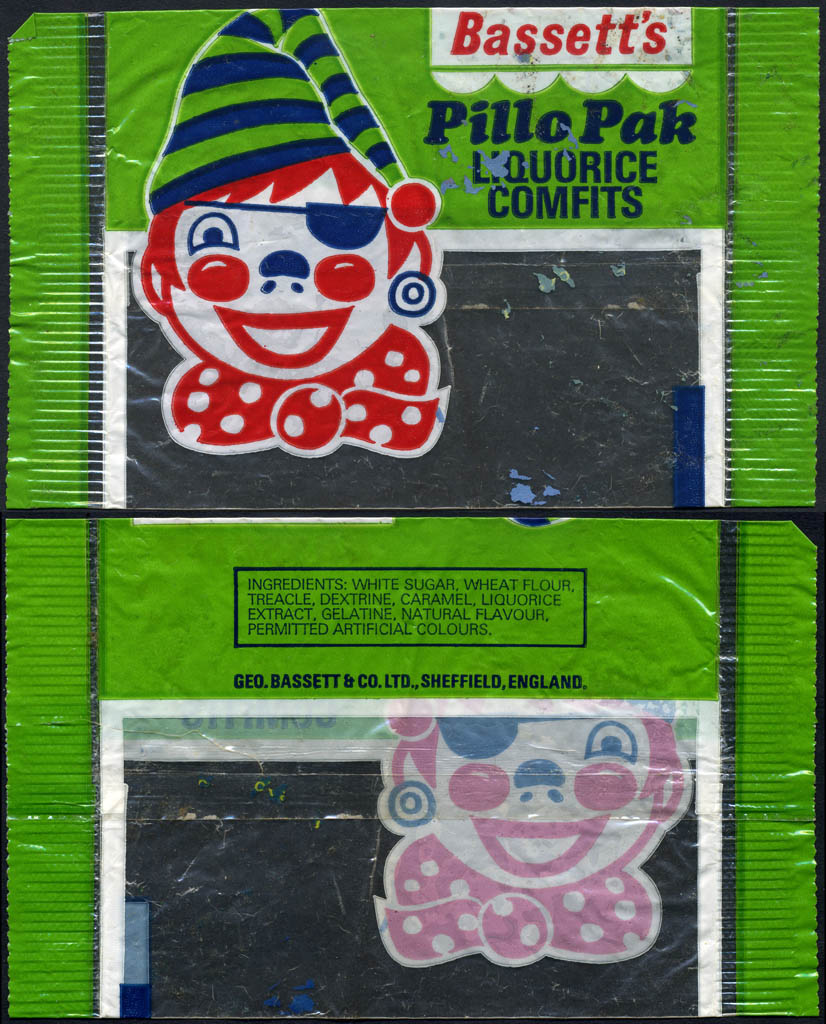 Next up is a classic gum treat that you can still find from time-to-time, though this great vintage package style isn’t used anymore.  This wrapper is from Spain, but it’s the same one they used here in the United States: 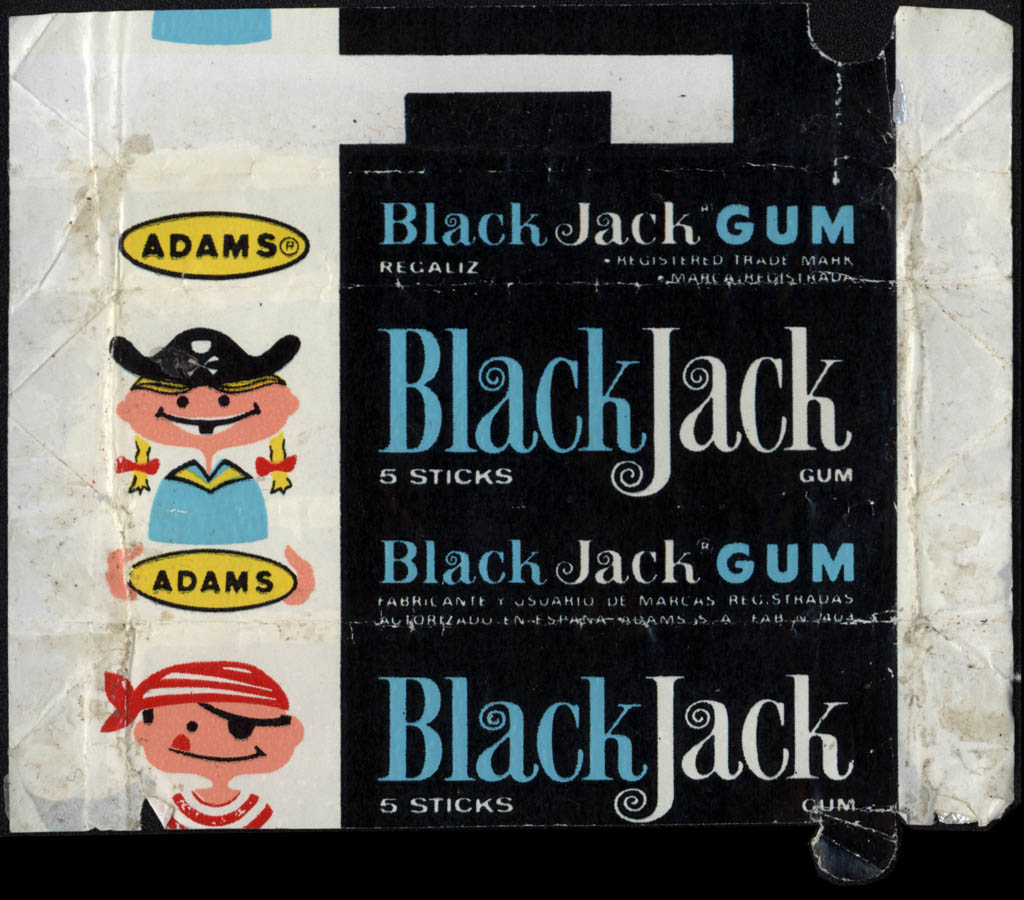 And wrapping up today is the image of another happy pirate, this time from a vintage ad for Life Savers.  I’ve mentioned it before, but this year marks Life Savers 100th Anniversary, and I’m working on a big feature to mark that for later in the year. 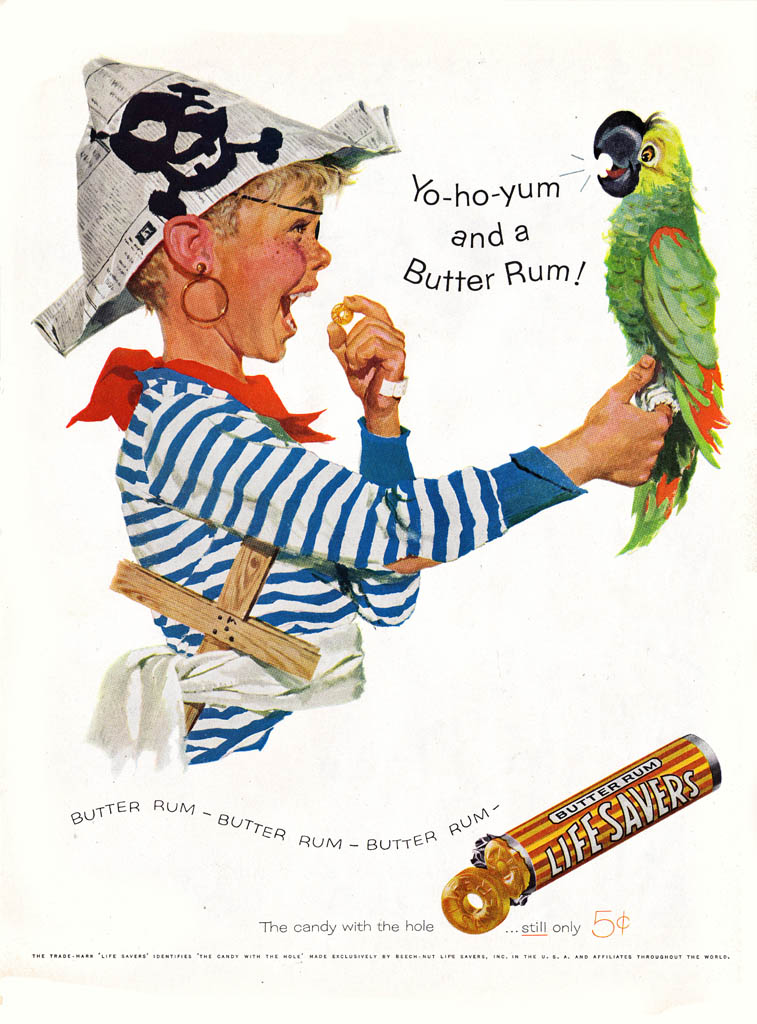 And that’s everything for today’s post.  Not much to it, I know, but I hope you’ll forgive me the lack of focus today since I’m only working with one good eye.  I hope that by tomorrow morning I’ll be back to normal, or nearly so, and I can deliver some more fun candy goodness.  Thanks for dropping by!

A New York City based writer, editor and sometimes actor. After spending much of the 1990′s in the comic book business helping tell the stories of Marvel Comics’ X-Men as series editor, he has since split his time between developing his own entertainment properties while still consulting and working on others. Having been described as “the Indiana Jones of lost and forgotten candy”, Jason is one of the country’s premier candy collectors and historians with his discoveries appearing in countless blogs, magazines, newspaper articles, and books. Always happy to share his knowledge and unique perspectives on this colorful part of our popular culture, Jason has consulted with New York’s Museum of Food and Drink and has also been a featured guest on Food Network’s Heavyweights, France’s M6 Capital, and New York’s TheActionRoom.com. My Google Profile+
View all posts by Jason Liebig →
This entry was posted in 1950's, 1960's, 1970's, Uncategorized. Bookmark the permalink.

4 Responses to Arrrhhh! – Me Eye! – Injuries and Pirate-themed candy.