Tribute to the father of Lemonheads and Atomic Fireballs: Nello Ferrara 1919-2012

On February 7th, Nello Ferrara, the man who brought us Ferrara Pan’s Lemonheads and Atomic Fireballs candies (and probably much more), passed away.   Due to this news, today’s post will be a celebration of two of his creations that were a part of so many of our childhoods. 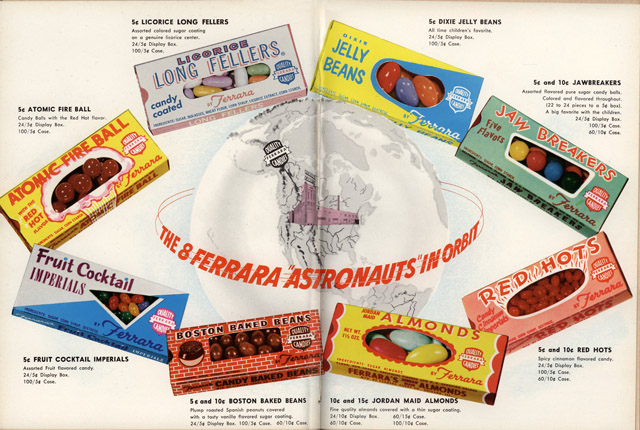 A part of Ferrara Pan's offerings for 1963

More than just a candy maker, Mr. Ferrara lived quite an extraordinary life, and I’ve enjoyed learning more about the man, in spite of the circumstance of the news.  For more on Nello Ferrara and how he lived, I’d like to recommend this piece by Maureen O’Donnel with the Chicago Sun-Times. 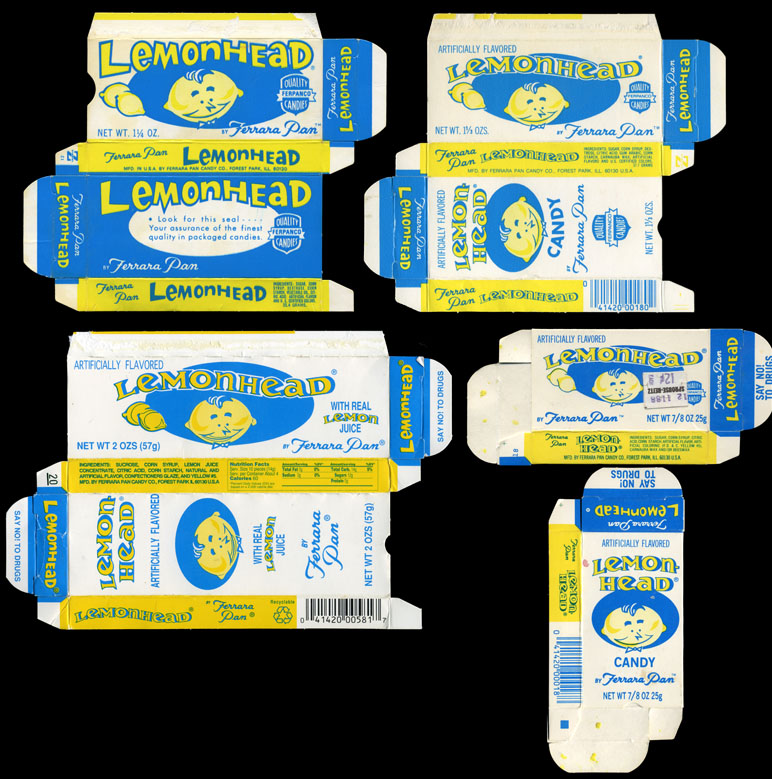 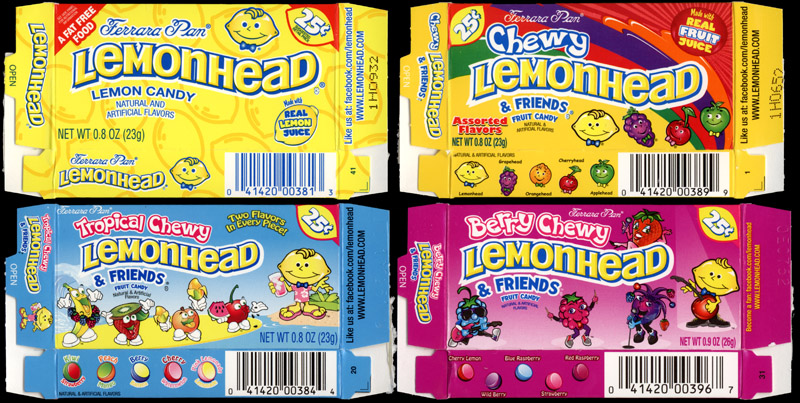 Lemonheads boxes and flavors from 2012

Lemonheads were a major part of the candy landscape when I was a kid, but I’ll be honest – they were never my thing.  Atomic Fireballs, however, were a big deal for me.  While Hot Tamales might have been my go-to cinnamon candy, Atomic Fireballs were what I went to when I needed a serious cinnamon kick, or just wanted a jaw breaker that burned.   Ferrara Pan’s Atomic Fireballs were hot.  They still are.  I’m having a few now, as I write this.  It’s a good burn. 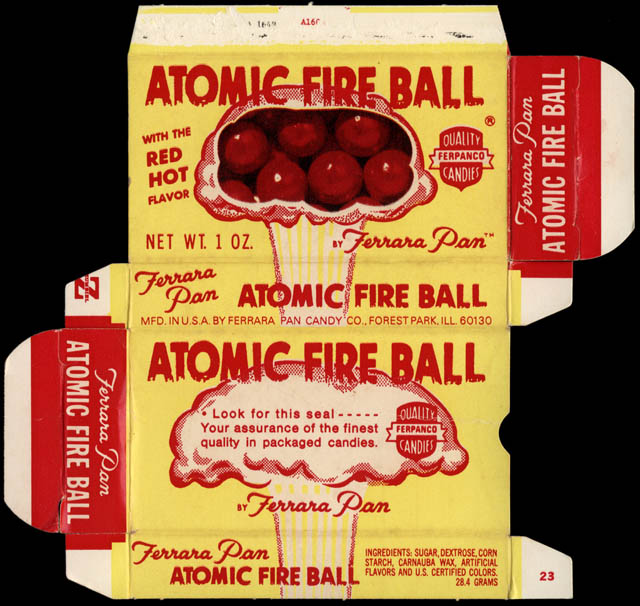 Ferrara Pan candy boxes are so iconic, and have been one of the focuses of my candy collecting.   What’s great is, they’re still around, still have wonderful graphics, and they’re one of the few brands that are still sold in smaller boxes, the same kind they’ve been sold in since I was a kid.

Without further adieu, here are a few more images of goodies that first came from the mind of Nello Ferrara – thank you for making our lives a little more fun, and a lot more sweet. 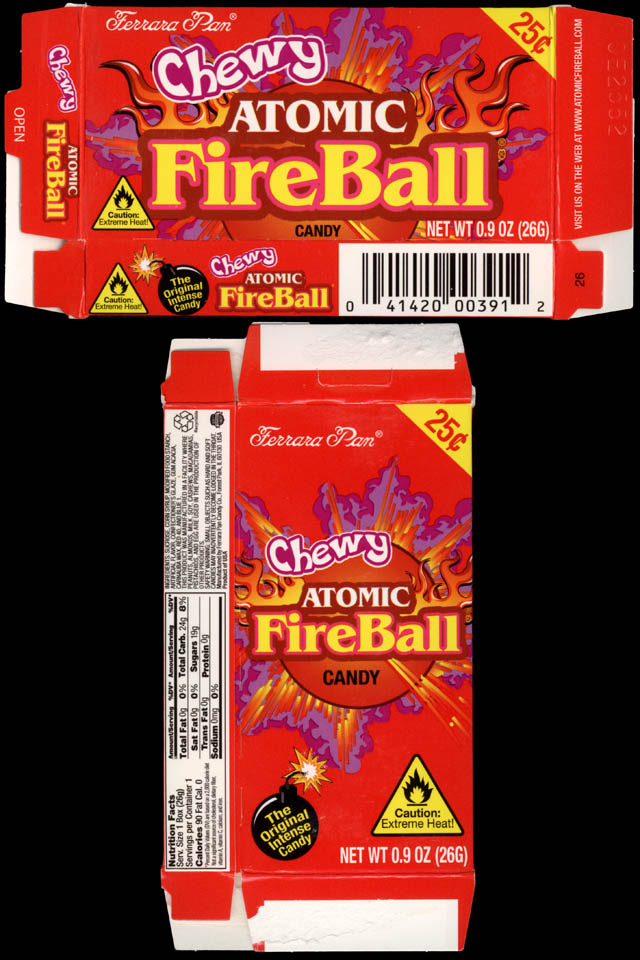 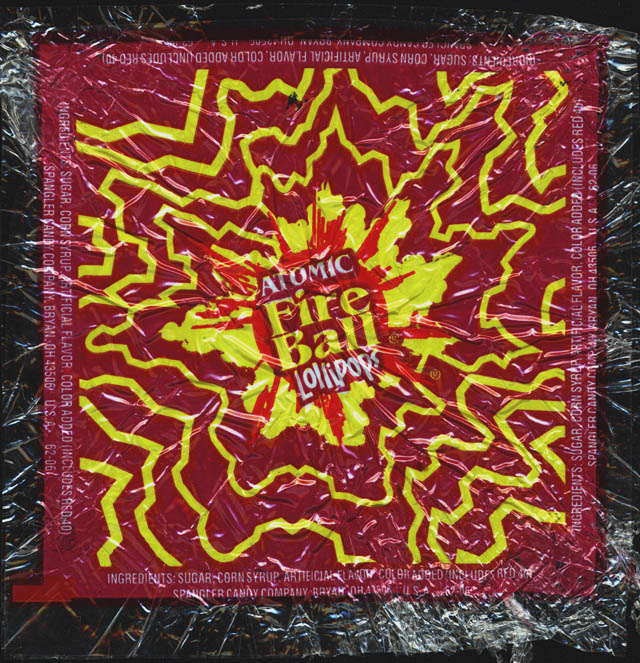 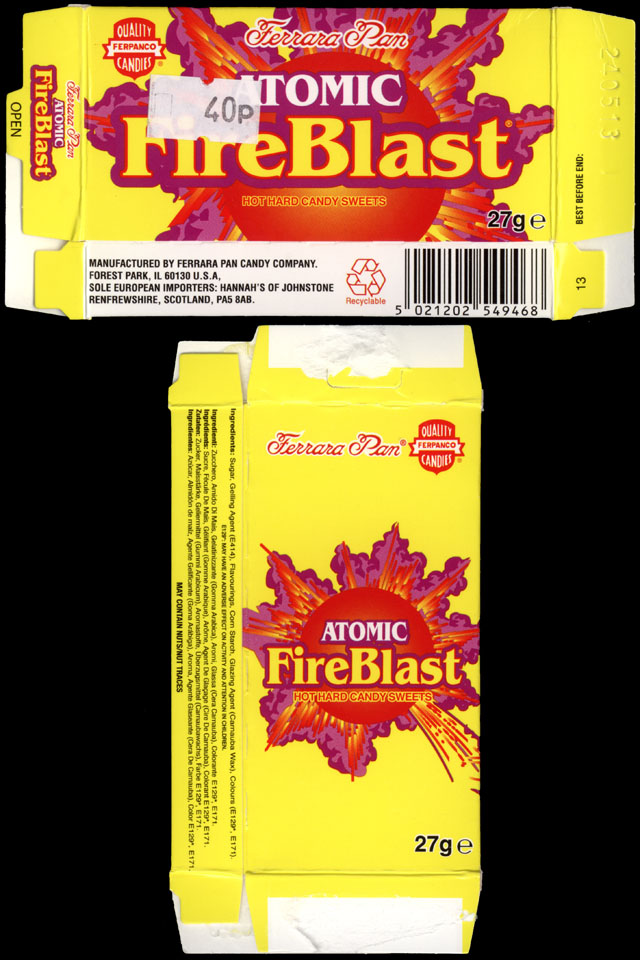 Over in the UK, Atomic FireBalls are called FireBlasts.  I’m not entirely sure why (but I will be investigating.)  I knew about these and during a recent UK trip, I was finally able to find one.  I was not able to find the UK-only spinoff, though – Atomic Sour Balls.  It would seem they are no longer in production: 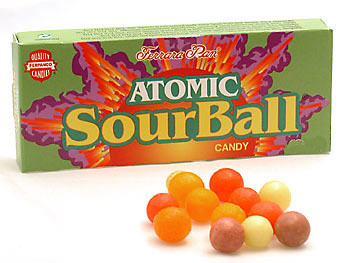 Let’s close this tribute with a pair of vintage ads, showing a range of Ferrara Pan goodness. 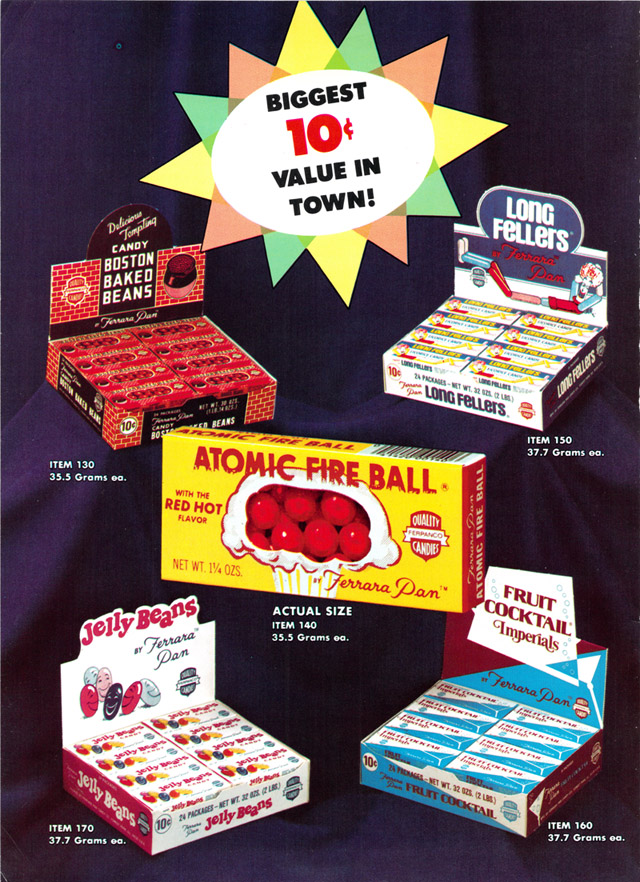 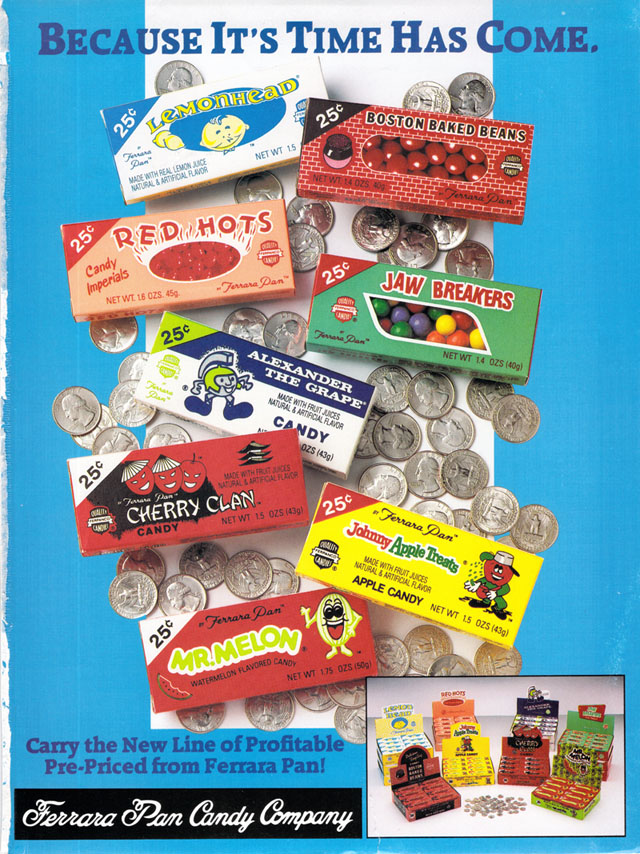 A New York City based writer, editor and sometimes actor. After spending much of the 1990′s in the comic book business helping tell the stories of Marvel Comics’ X-Men as series editor, he has since split his time between developing his own entertainment properties while still consulting and working on others. Having been described as “the Indiana Jones of lost and forgotten candy”, Jason is one of the country’s premier candy collectors and historians with his discoveries appearing in countless blogs, magazines, newspaper articles, and books. Always happy to share his knowledge and unique perspectives on this colorful part of our popular culture, Jason has consulted with New York’s Museum of Food and Drink and has also been a featured guest on Food Network’s Heavyweights, France’s M6 Capital, and New York’s TheActionRoom.com. My Google Profile+
View all posts by Jason Liebig →
This entry was posted in 1970's, 1980's, Boxed, Hard Candy and tagged 1970's, 1980's, 70's, candy, collect, collectible, confection, mascot, panned, retro, sweets, vintage. Bookmark the permalink.

4 Responses to Tribute to the father of Lemonheads and Atomic Fireballs: Nello Ferrara 1919-2012