Hot Tamales – The cinnamon center of my collector-heart.

It was my nostalgic search for a vintage Hot Tamales box (as well as a 1970’s Marathon bar wrapper, but that’s another story) that would eventually lead me to become the passionate candy collector and historian I am today.

As with the beginnings of many hobbies, I thought I would start with just one box and stop there, but it wasn’t meant to be.  The more I delved into the world of candy, the more I enjoyed it.  Though my appreciation has grown beyond these delicious cinnamon-flavored treats, they still hold a special spot in my collector-heart.

Here’s a timeline of the major Hot Tamales boxes I’ve picked up over the years. 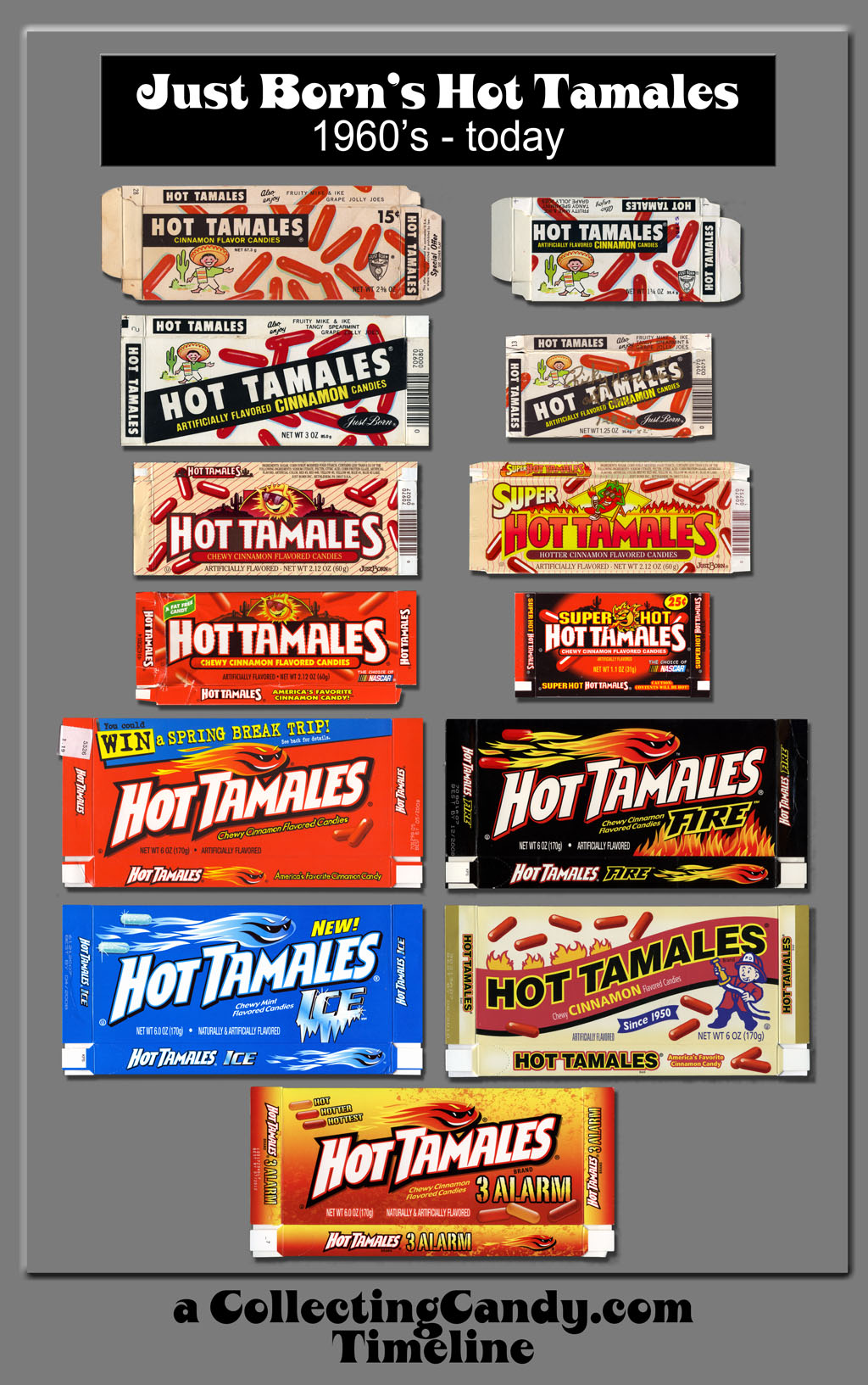 People often ask me, “Where do you find these things?”

My answer most typically is what you might expect – eBay.   But even then, there can be some fun stories attached, because old candy boxes and candy wrappers are thrown away.  People don’t save them.

Looking at this timeline – the very first image on the left column — that Hot Tamales box was originally found with a number of other old candy boxes, underneath the floor of a closed-down movie theater.  I was thrilled to get that one as it sported a mail-away offer for a Hot Tamales Kid doll. 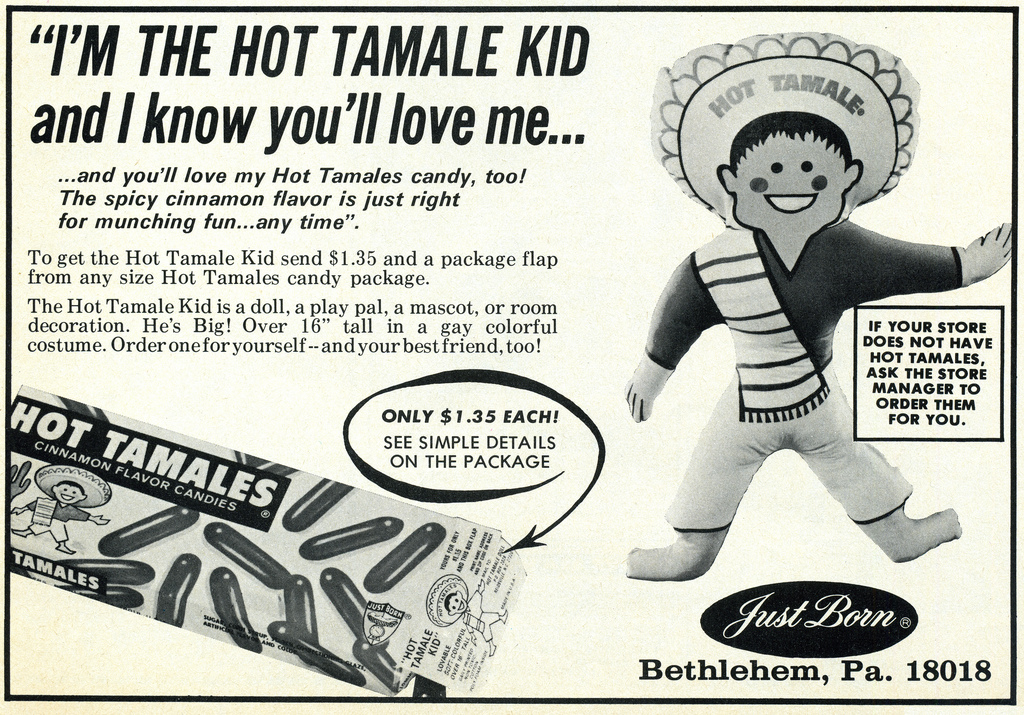 Though I don’t typically collect or save candy-related premiums, I do have one of these. 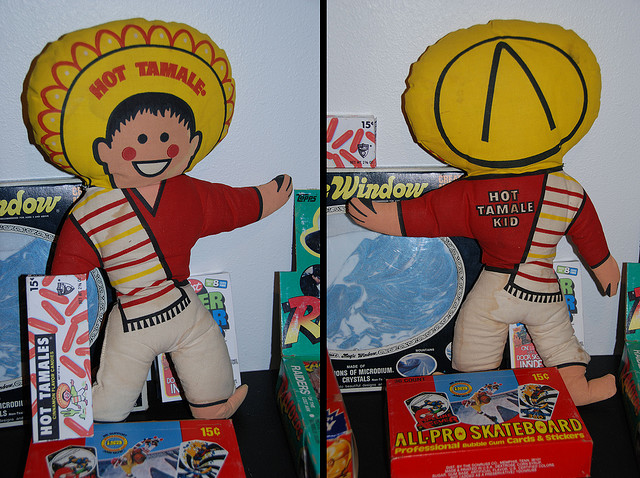 My favorite origin story for one of my Hot Tamales boxes goes to the second box down on the right column.  That was the first vintage Hot Tamales box I tracked down, and it was the start of my collection.  I acquired that from a former flight attendant, who, back in the early 1980’s, found herself on a flight with baseball star, Ricky Henderson.  Wanting to get an autograph, she had him sign the one thing in her bag – a Hot Tamales box. 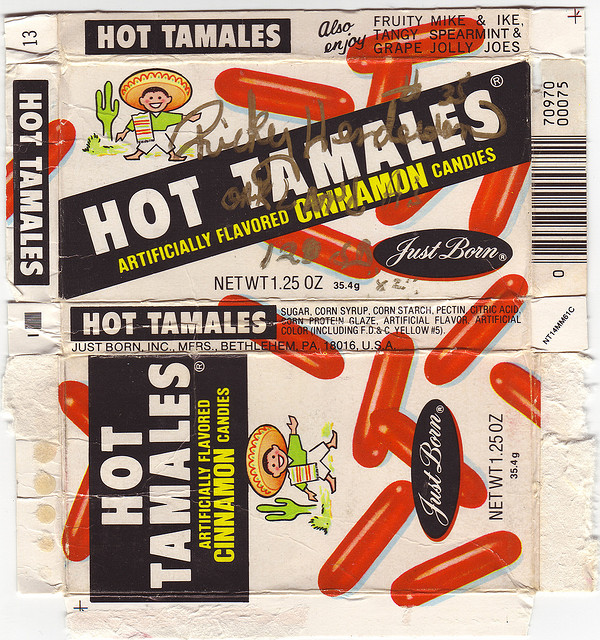 She listed that box on Ebay, thinking it would sell to a sports fan, never realizing that the winner would be far more interested in the box itself, and much less in the signature.

A New York City based writer, editor and sometimes actor. After spending much of the 1990′s in the comic book business helping tell the stories of Marvel Comics’ X-Men as series editor, he has since split his time between developing his own entertainment properties while still consulting and working on others. Having been described as “the Indiana Jones of lost and forgotten candy”, Jason is one of the country’s premier candy collectors and historians with his discoveries appearing in countless blogs, magazines, newspaper articles, and books. Always happy to share his knowledge and unique perspectives on this colorful part of our popular culture, Jason has consulted with New York’s Museum of Food and Drink and has also been a featured guest on Food Network’s Heavyweights, France’s M6 Capital, and New York’s TheActionRoom.com. My Google Profile+
View all posts by Jason Liebig →
This entry was posted in 1970's, 1980's, Boxed and tagged 1970's, 1980's, 70's, candy, collect, collectible, confection, mascot, panned, retro, sweets, vintage. Bookmark the permalink.

4 Responses to Hot Tamales – The cinnamon center of my collector-heart.