It’s not often that I discover images of something produced by Topps in the mid-to-late-70’s that I’d never seen before.   After doing years of resarch and collecting, I’d assumed I’d at least come across photos of every one of their produced confections.  But a few weeks ago, I came upon images of a pair of products I’d never seen before:  Topps Cola Fizz and Fruit Fizz. 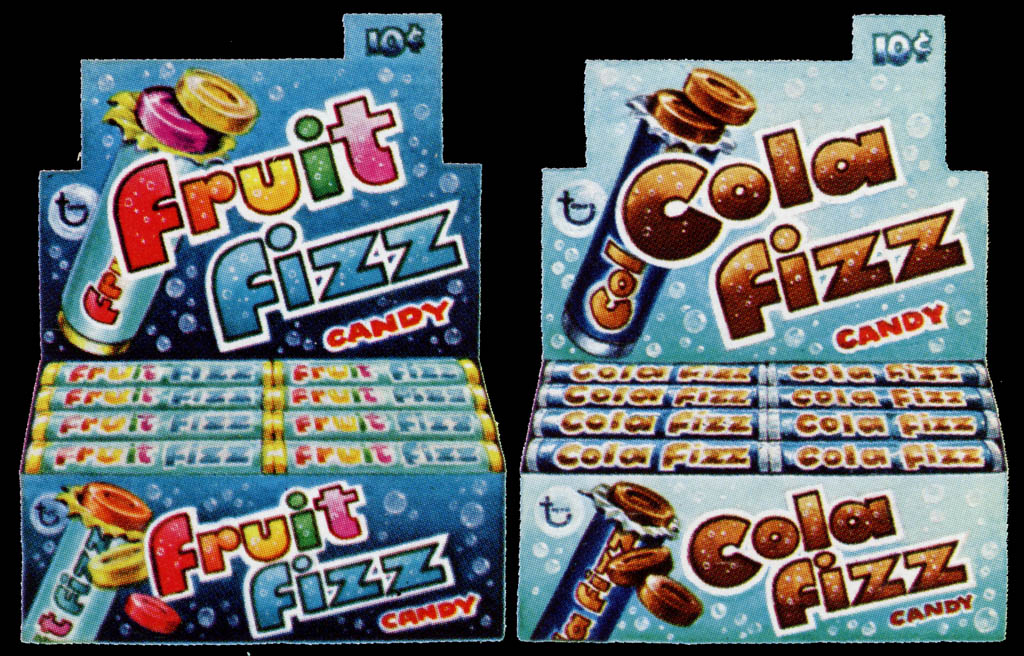 I discovered these while going through an old sales binder filled with all sorts of salesman brochures and flyers – mostly tobacco-related.  But, before the modern era of retail, candy and tobacco were distributed and stocked hand-in-hand by the same folks.

What I found was a one-page Topps sell-sheet, showcasing the product.  Somehow, I’d never come across this sheet before, nor have I ever seen any mention of these products.

A part of me speculates that perhaps they were cancelled before they were actually released.  Maybe.  But it’s just as likely that they were made for a short time, didn’t sell well, and than were dropped.  So these could easily be another one of the many bits of candy history that are largely lost to time.  It’s likely that, at this point, even Topps themselves have no record of this product. 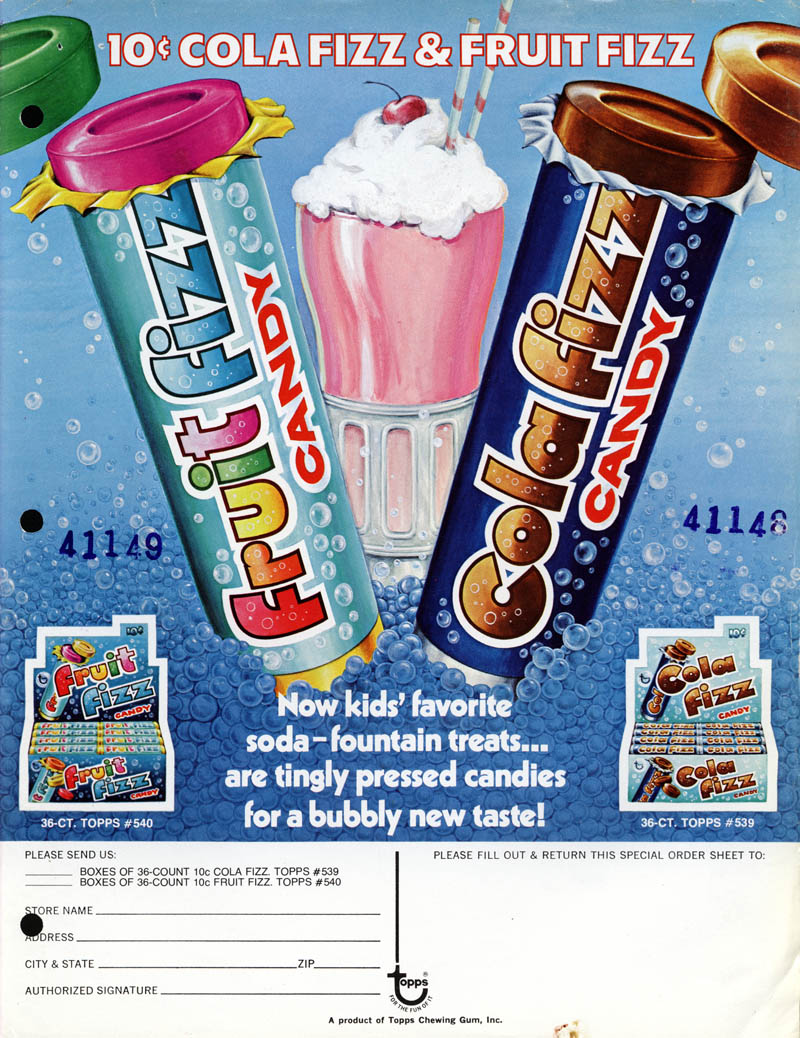 An interesting find of a product that was all-but-forgotten – though forgotten no more.  If anyone remembers these, please let us know.

And that’s everything for today.  I’ll likely be back late tomorrow night with another short piece, and a prelude to a larger piece on Monday and Tuesday.  It’s going to be fun!

A New York City based writer, editor and sometimes actor. After spending much of the 1990′s in the comic book business helping tell the stories of Marvel Comics’ X-Men as series editor, he has since split his time between developing his own entertainment properties while still consulting and working on others. Having been described as “the Indiana Jones of lost and forgotten candy”, Jason is one of the country’s premier candy collectors and historians with his discoveries appearing in countless blogs, magazines, newspaper articles, and books. Always happy to share his knowledge and unique perspectives on this colorful part of our popular culture, Jason has consulted with New York’s Museum of Food and Drink and has also been a featured guest on Food Network’s Heavyweights, France’s M6 Capital, and New York’s TheActionRoom.com. My Google Profile+
View all posts by Jason Liebig →
This entry was posted in 1970's, Bubble Gum, Gum, Topps and tagged 1970's, 70's, candy, collectible, collecting, confectionery, packaging, retro, salesman, vintage. Bookmark the permalink.