Ode to Woolworth’s – The magical isle of my candy youth.

I grew up in Nebraska in the 1970’s, and in the town where I grew up, we had a Woolworth’s store.   Without a doubt it had the best selection of candy and gum in town and because of that, I have powerfully good memories about the place.  The Woolworth’s store of my youth is the very one pictured in the postcard title image today.

Like all Woolworth’s, it’s long-gone, but the memories remain, so today I’m dedicating my post to this early retail giant that has passed on, and my memories of it.

[The Tooley’s store also seen on that postcard is still there.  Like Woolworth’s they had a soda fountain, and it’s still there, though modernized.  I sat down for a great lunch at Tooley’s over the Christmas holiday.]

Regular readers of CollectingCandy.com will recognize my fondness for the store – I mention it quite often.  On the old main street of my hometown, the candy isle was glorious, offering all of the novelty candy and gum available.  So many of the items I write about and research, I was first exposed to at this Woolworth’s.   They also had a great luncheonette.

One of my last visits to a Woolworth’s location was in New York City during the late 1990’s, and if I recall, it was with a group of my fellow Marvel Comics editors at the time – attending October Burger-fest at the luncheonette there.   I didn’t realize it at the time, but it would my last visit to a Woolworth’s.  I’m glad it was a memorable one.

I have searched high-and-low for photos of a 1970’s Woolworth’s candy isle, to capture my experiences there.  I could not find any, but I have a few photos of store shelves from the era that convey a bit of that feeling. 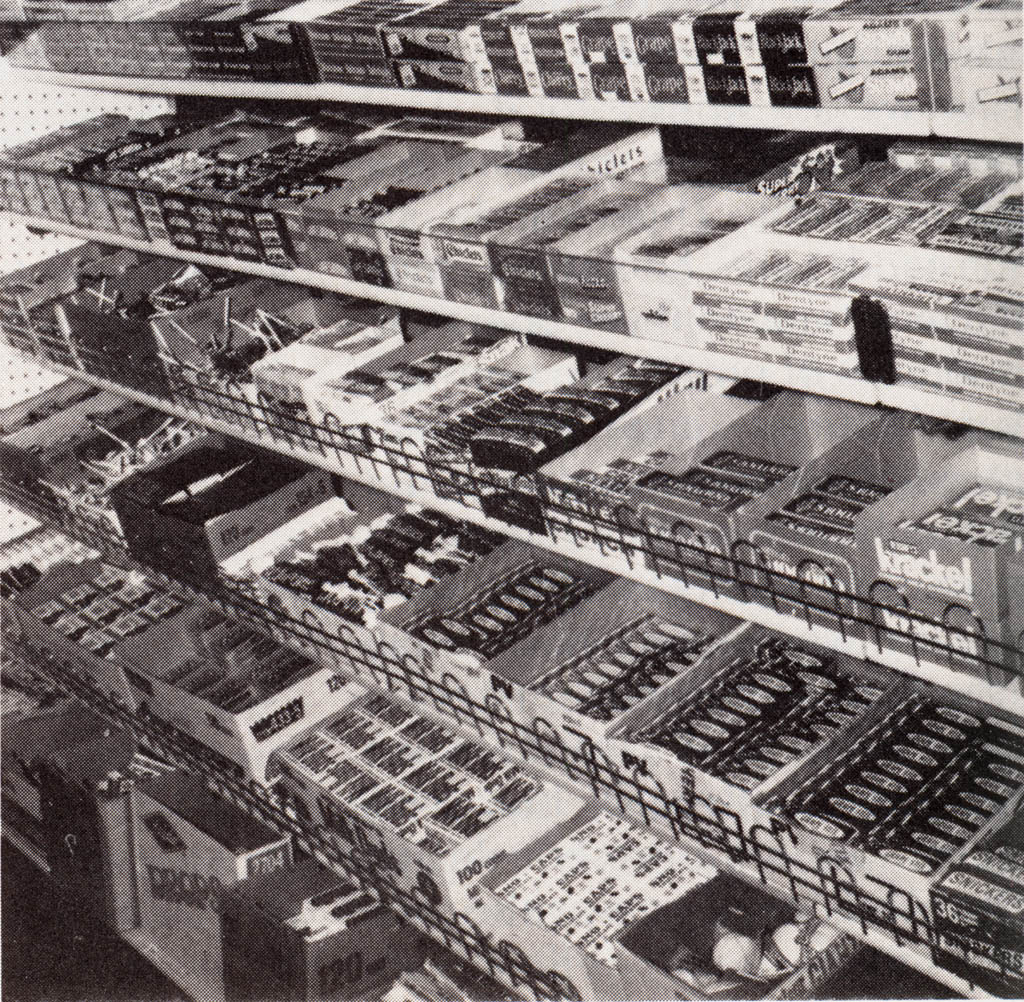 Listing the candy that I first found at my Woolworth’s is not an easy task, but off the top of my head I recall buying Bottle Caps there, Fleer’s Mr. Bones and Fireplug candy, Donruss Bitty Bombs, Razzles, and so much more.

Because I’m a collector-nerd, and because collectors dream big, I’ll occasionally find myself in a dream, back at that childhood Woolworth’s location.  It is somehow intact, and I am there looking over the candy shelves again.   It’s quite silly, but I do have silly dreams some nights.

Perhaps it’s best that Woolworth’s all went away when they did.  If they’d found a way to survive I imagine that today they’d be nothing more than mirror images of Walgreens and similar stores.   For me, they are frozen in time, just the way I remember them.

I have one last image to share, which was the impetus of today’s article.  It’s a Woolworth’s store-brand candy bag.   I imagine these would have been used for locations that sold penny candies out of bins – something I don’t recall my Woolworth’s doing, but I may have been too busy looking at the Garbage Can-dy to notice. 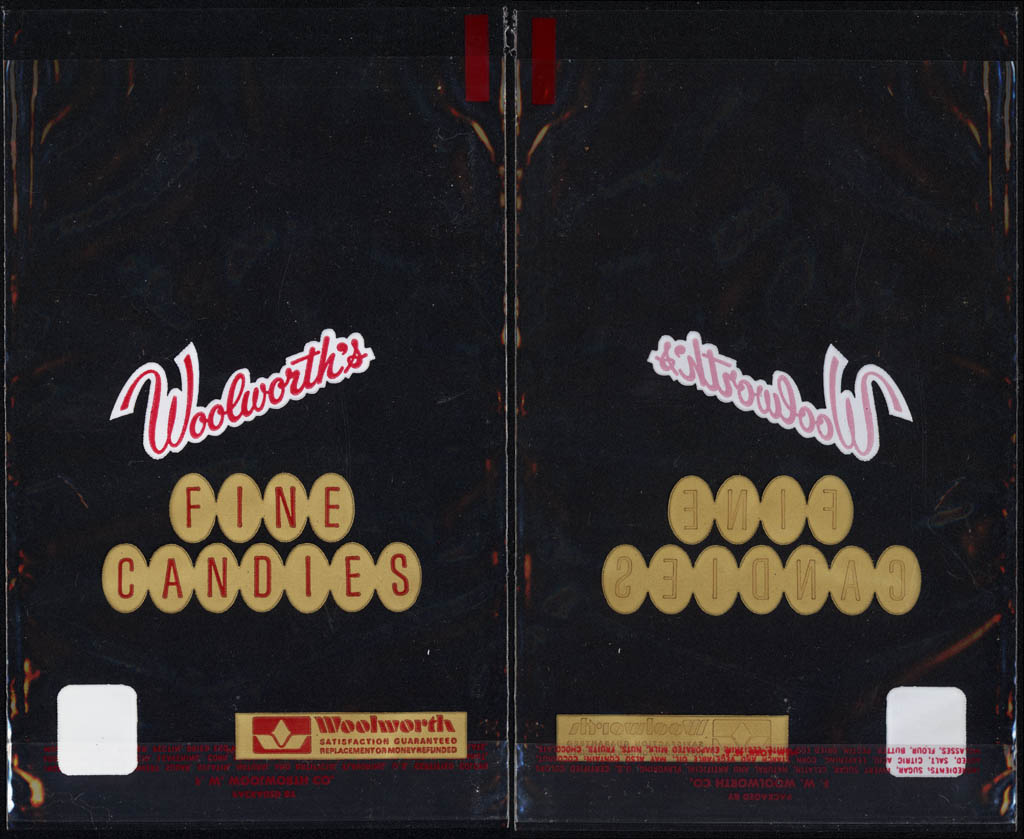 That’s everything for today.   Stop in this weekend for more candy fun, and on Monday I am working on a large feature, and super-cool timeline.  You won’t want to miss it!

A New York City based writer, editor and sometimes actor. After spending much of the 1990′s in the comic book business helping tell the stories of Marvel Comics’ X-Men as series editor, he has since split his time between developing his own entertainment properties while still consulting and working on others. Having been described as “the Indiana Jones of lost and forgotten candy”, Jason is one of the country’s premier candy collectors and historians with his discoveries appearing in countless blogs, magazines, newspaper articles, and books. Always happy to share his knowledge and unique perspectives on this colorful part of our popular culture, Jason has consulted with New York’s Museum of Food and Drink and has also been a featured guest on Food Network’s Heavyweights, France’s M6 Capital, and New York’s TheActionRoom.com. My Google Profile+
View all posts by Jason Liebig →
This entry was posted in 1960's, 1970's and tagged 1960's, 1970's, 60's, 70's, candy, confection, confectionery, nostalgia, packaging, retail, retro, store, sweets, vintage, Woolworth's. Bookmark the permalink.

5 Responses to Ode to Woolworth’s – The magical isle of my candy youth.